There are some interesting roadblocks that appear at the start of most coffee table-sized books by and about a great 20th century artist that tend to separate the casual observer from the avid student. They usually take the form of a self-portrait, illustrated in oil and watercolor or hazy black and white photographs. In the case of Sir Cecil Walter Beaton, whose life covered much of the century (1904-1980), the self-portraits are of an impeccably-dressed man looking at us in neither a “come hither” way or steely-eyed.

In a studio portrait at Sussex Gardens from the early ’20s, however, he looks ready to ravage, before a backdrop of flowers, a watch fob around his waist and the tightly-cinched vest of his pinstriped suit. A highly stylized visionary who brought his distinctive style to fashion, war scenes, artist’s portraits and interior design, Cecil Beaton’s life and work certainly followed the trajectory of a journey, one that seemed to follow the motto of a quote he provides late in the book:

We must never forget that the soul is never in the lens.

Pay the toll at the roadblock of Beaton’s self-portraits, prove yourself both willing to enter the world of his stylized visions and worthy of taking up space in the trip from here to there, and Lisa Immordino Vreeland‘s Love, Cecil: A Journey with Cecil Beaton will linger for a long time. Vreeland notes from her Introduction that there were more important figures of the 20th century than Beaton. Her motivation for this book was to elaborate on Beaton’s motivations, desires, and the way he balanced a life filled with remarkable characters.

The troublesome part of a book meant to highlight some of Beaton’s great photos and other art, is that less attention is paid to some of his indiscretions. Vreeland notes that Beaton left a trail of angry ex-friends in his wake, only to calm down after a stroke in 1978. Forty years earlier, an “…anti-Semitic slur he included in the margins of a drawing in Vogue in 1938 cast a pall over his career. Until his dying day, he felt the need to apologize for this action.”

It’s a little frustrating to not get more details about this event, more context, but illustrating it at the start offers the reader an interesting sense of Beaton as yet another artist prone to self-sabotage. Beaton spent his entire life feeling out of place, always in part of the higher class milieu but never of it. Perhaps this accounts for the steely resolve in his self-portraits and other portrait photographs. The person is there, but the essence is never fully appreciated. “Once you’ve started for the end of the rainbow,” he writes, “you can’t very well turn back.” 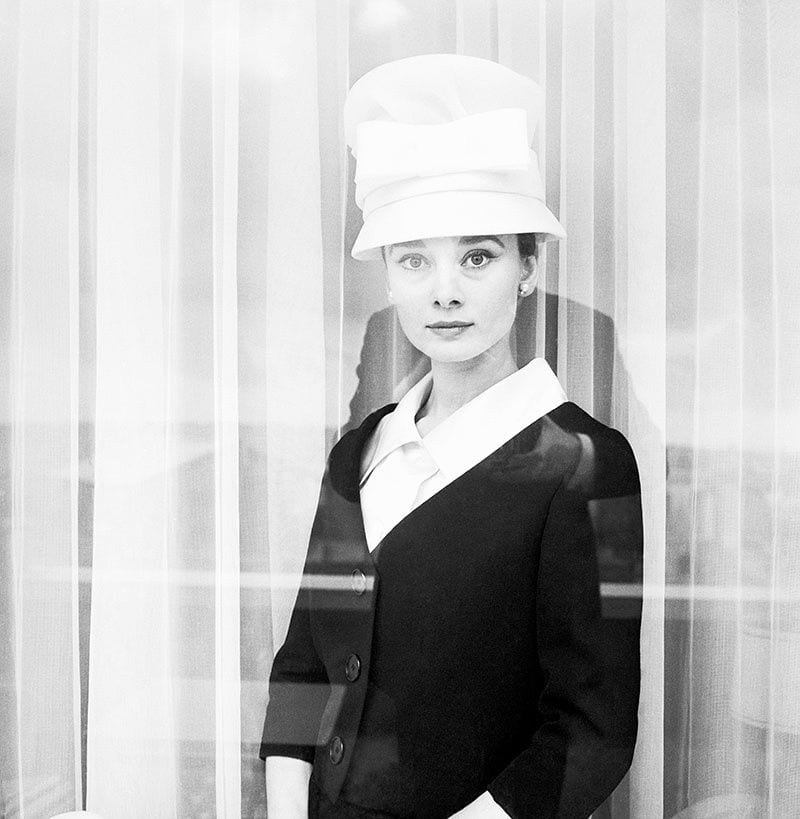 Vreeland was able to have full access to the Cecil Beaton Studio archive at Sotheby‘s. To roam through 110,000 negatives, 9,000 vintage prints, 42 scrapbooks and 7,000 World War II photos from the Imperial War Museum meant that most everything was available. Of course, the key was to understand elements of his work like the written correspondence, which served as “…an open dialog with some of the most creative minds of the time…” Beaton was the consummate artist, perhaps the ultimate artist, comfortable in so many different forms. Vreeland cites this example from his writing:

I’ve learned that there is a great affinity between all the arts. Nothing is unrelated.

As the Introduction closes and the reader sees another full-bodied portrait of Beaton, this time staring at us over his right shoulder, resplendent in a leopard-print housecoat, a different Beaton quote prepares us for what we are about to see:

Be daring, be different, be impractical, be anything that will assert integrity of purpose and imaginative vision against… the slaves of the ordinary.

At this point, the book separates into nine distinct sections. In “Paragons”, we meet Stephen Tennant, an early Beaton friend who opened up our subject to “…the pleasure-seeking company of the Bright Young Things.” It’s the early ’20s, and hedonism is the beginning and end of life, the only thing. The jarring differences between the dainty beauty of Tennant in the ’20s and the disturbing recluse he became in his last decades will remind the reader of Grey Gardens, where the once splendorous surrendered to a sea of newspapers on the floor and stuffed toy monkeys in bed.

There are other influences in this section, like the artist Christian Berard and Sir Francis Rose, more elements that added to the complexity of Beaton’s always in-progress vision. Of Jean Cocteau, Beaton reflected being in his presence meant “…adult life could reach no higher.” There are impossibly fragile portraits here of such characters as Rex Whistler, reclined under a tree, strumming on a lute. 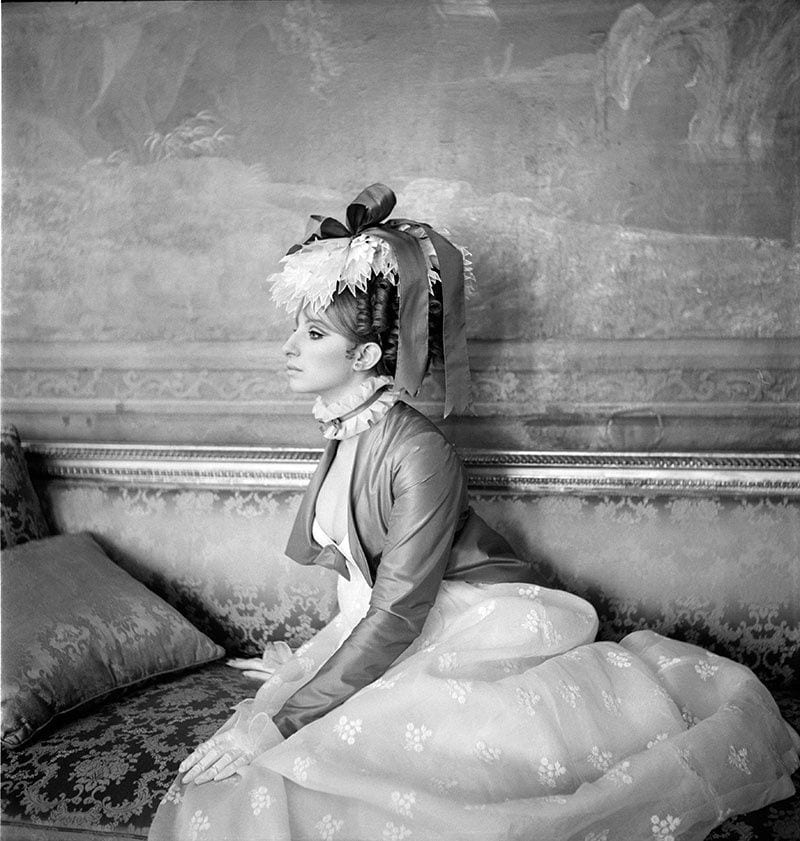 The long “Scrapbooks” section of Love, Cecil offers a fascinating glimpse into the minutiae of details Beaton set about to compile, lavish color landscapes of Mexico, portraits of Aaron Copland, Orson Welles, Katherine Hepburn. He took from magazine photos in order to understand “…the tricks and artifices of the stage, which would never be obvious to a theater audience, the greater my pleasure.” In a spread devoted to Queen Elizabeth he notes: “I find her difficult to talk to… one would wish her to wear her hair less stiffly…”

In “Ballet”, there are portraits of Balanchine, Rudolf Nureyev, and Margot Fonteyn. The multiple exposures in some of the photos are quite striking in the way they simulate movement and grace. In “New York”, Beaton’s black and white scene photos are pristine, shimmering, like movie sets. He reflects that the city is “…always in a state of change,” that “the New Yorker has no time for subtleties, innuendos, or real romance.” The two-page spread pan and ink illustration entitled “Quiet Day at the Stock Exchange” brings to mind the Reginald Marsh illustrations for John Dos Passos’s USA trilogy. The movement is frenetic. There’s dancing, drinking, murder, and temptation. The achingly beautiful stylized fashion portraits and scenery has suddenly transformed into hard-bitten noir material better suited for a Weegee photo spread or Dashiell Hammett novel, and Beaton doesn’t seem to just be dipping his toe in the pool of this style. He’s fully immersed, and the “New York” section is stunning.

The only logical way to follow the grit of New York is with the wide expanse and dust-free beauty of the “Hollywood” section. Beaton is effusive with his observations: “Nowhere else in the world are there gathered together so many conventionally beautiful people.” He is seduced by the beautiful people, but by the end — even after working on such landmark films as “Gigi” and “My Fair Lady” and winning 3 Academy Awards — it still fell short from meeting his overall vision:

For the conscientious, for the artist, for the thinker, it is no place.

That may be the case, but the portraits in this section are still compelling. There’s a young Marlene Dietrich, looking troubled and stunning and unadorned. There are 24 frames of a sharp and angular Joan Crawford, each carefully posed to present the idealized glamor star. Beaton reflects: “She is a triumph of the self-made person… has gone from wieners and sauerkraut to mind.” A young Marlon Brando in Japan for Joshua Logan‘s 1953 film Sayonara stares woefully into the camera, equal parts coquettish and puffy masculinity. Marilyn Monroe flirts with the camera in a black nighty, tempting and surrendering. Beaton captures some early glamor of Katherine Hepburn, but his assessment of her personality leaves no room for misunderstanding:

…she is a rotten ingrained viper. She has no generosity, no heart, no grace. She is a dried-up boot.

Some of the more compelling portraits are of Greta Garbo, of whom Beaton was obsessed. “She is as beautiful as the aurora borealis…” 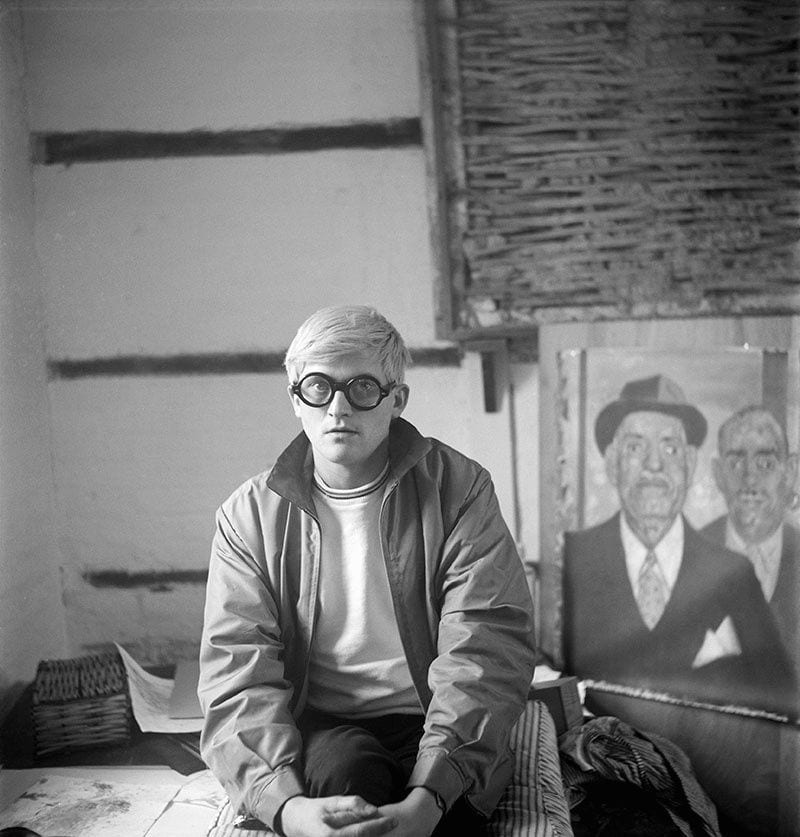 Audrey Hepburn, Leslie Caron, and Barbra Streisand spill through the next pages, and the essence of Beaton’s Hollywood portraits take shape. The men (Gary Cooper, Brando), and the women (the Hepburns, Garbo, and more) are at the service of something bigger, but Beaton moves on. Vreeland notes, of the “War” section, that “The war was the making of Cecil Beaton.” He sees the fighter pilots as “…rakishly gay and heroic… reckless… temperamental… selfish…” The men are sensualized more than they are sexualized here, though Vreeland includes a quote from Vogue editor Hamish Bowles that puts a more basic twist on the war photographs:

Beaton’s sexuality is extremely important in these photographs… very loving and sometimes eroticized… absolutely this kind of world of men thrown into… the face of imminent death.

In the “Fashion” section the reader sees Beaton’s full display of sketches and photos working with light and dark shadows. There’s a shot of the Argentinian Ambassador between two huge naked male “Boxeadore” sculptures at a Richmond, Virginia gala. There are garish hats, Vogue spreads about and in tribute to Wallis Simpson. There’s Swinging Sixties British “It” girl Jeanne Shrimpton, impossibly skinny, posing in the pages of Vogue. The fashion is certainly beautiful, but the photos are cold and detached, almost clinical in their tribute to and worship of form.

Some of the photos in the “Artists and Writers” section are among the highlights of Love, Cecil. There’s a stolid and definitive Gertrude Stein, facing us in the foreground and back, almost coming alive before our eyes. She faces Alice Toklas in double exposure. There’s a portrait of Isaak Dinesen, with her “…heavily powdered face… egg-shaped as a Modigliani.” Georgia O’Keefe stares wistfully at something (not us) as she sits at a front table. She looks at us while posing before a pair of antlers on the wall, but she certainly would rather be anywhere else but in front of Beaton’s camera. Francis Bacon appears as a subject in a 1951 photo caught in mid-shock, as if pinned against the wall. Andy Warhol appears, with Beaton in back, his face concealed by a camera.

In the final section, “Photography”, Beaton reflects that the medium needs to deal with problems of contemporary life. The subjects here are poppies, Tunisia, Tangiers, Richard Avedon and his wife as impossibly cool photographic subjects, more flowers and sculptures, how shapes relate to and with shadows.

It’s difficult to pick a highlight from Love, Cecil, a section that fully represents Cecil Beaton as an artist in but not of the world he chooses to chronicle. The common thread from the beginning through the end is simple. The portraits are stunning, stylized even in the World War II shots. Where the posed intentions of other photographers usually result in a numbing sameness, and the astute viewer might surely be able to identify a “Cecil Beaton Woman” from certain trademarks, Love, Cecil is an at times stunning volume that proves there is much more to Beaton than a pretty face.