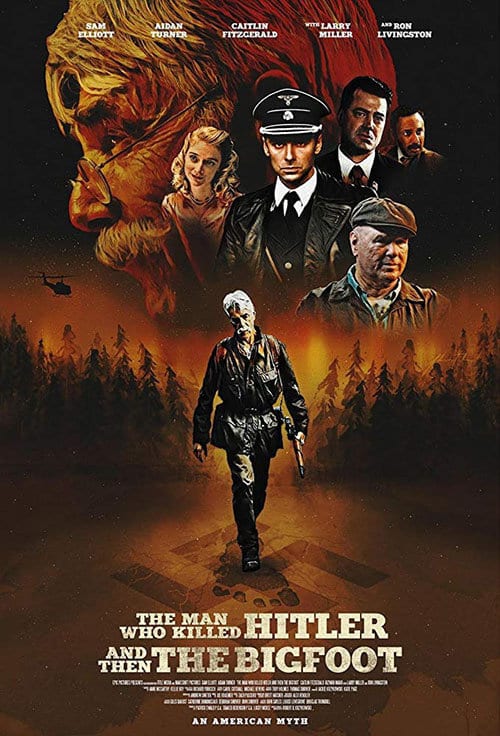 The Man Who Killed Hitler and Then the Bigfoot
Robert D. Krzykowski

The title alone is a genre fanatic’s wet dream! A premise that involves men grappling with hairy woodland creatures and an audacious attack on Der Führer? Surely the genre gods are smiling.

But a funny thing happens on the way to the schlock fest; a real story of dramatic substance takes shape. Surprisingly, this movie has a heart the size of Bigfoot’s beating in its chest.

Indeed, with the exception of one campy Sasquatch encounter, director Robert D. Krzykowski plays things surprisingly straight. You can certainly point to various tonal and stylistic influences sprinkled throughout, but The Man Who Killed Hitler and Then the Bigfoot, screened at Fantasia Festival 2018, is a decidedly singular experience. There’s nothing quite like it. Your expectations are defied again and again; a defiance that becomes both the film’s greatest strength and its biggest weakness.

Our hero, Calvin Barr (the impossibly grizzled Sam Elliott), is the kind of old timer you see sitting alone at the end of the bar. He occasionally mutters into his beer, but mostly he just stares into the mirror behind the indifferent bartender. When the evening is over, he slurs a lament for glory days past and then stumbles bleary eyed into the alleyway shadows. The difference with Calvin is that his glory days are extremely… classified.

History records that Hitler died by his own hand, but Calvin has a different recollection of events (the details of which shall not be spoiled here). The price Calvin paid to murder history’s most notorious murderer was a lifetime of anonymity and loneliness. His scars will never heal. Each day, he retrieves an old lockbox from beneath his bed and ponders whether to open it. The contents of said lockbox are never revealed, but one suspects it contains the means to end his pain. Every day he finds an excuse not to open the box. Every day he probably regrets finding that excuse.

Like most men consumed by regret, Calvin has come unhinged over time. Every object, every picture that reminds him of his past sends him spiraling into his memory banks. Krzykowski’s feature debut draws heavily on disjointed flashbacks that are reminiscent of George Roy Hill’s adaptation of Slaughterhouse-Five (1972). It’s only after you get a feel for Krzykowski’s editorial rhythm that you come to anticipate where (and when) young Calvin (Aidan Turner) will appear next in his jumbled timeline. 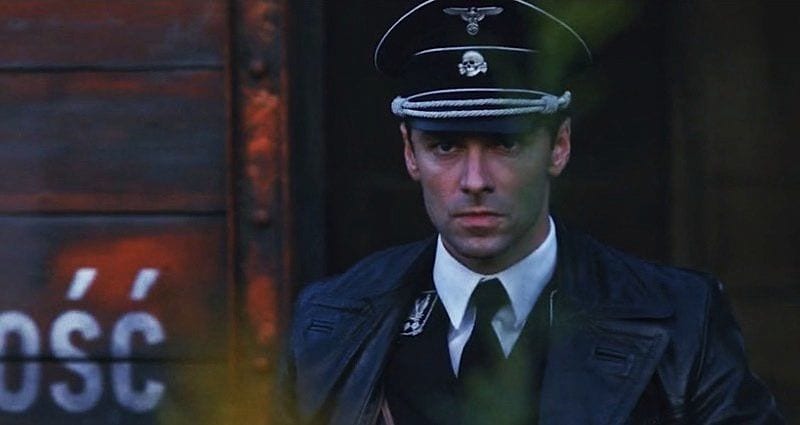 Through these sequences, primarily recalling Calvin’s ill-fated love affair with the fetching Maxine (Caitlin FitzGerald), our empathy finally overcomes our expectations. We got our ticket to see a zany free-for-all of monster hunting and fascist assassinating. Instead, we got a thoughtful character drama that just happens to involve Bigfoot. Excuse me… The Bigfoot.

It takes nearly an hour before a persuasive FBI agent (Ron Livingston) approaches Calvin with a preposterous story necessitating the eradication of the Bigfoot (the details of which shall not be spoiled here). By that time, you’re more concerned with Calvin’s well-being than his next military conquest.

“It’s nothing like the comic book you want it to be,” he tells Livingston’s FBI agent, who’s eager to extract juicy details surrounding Hitler’s ‘alleged’ assassination. It’s also a direct message from Krzykowski to the audience; this isn’t going to be the movie you were expecting to see. 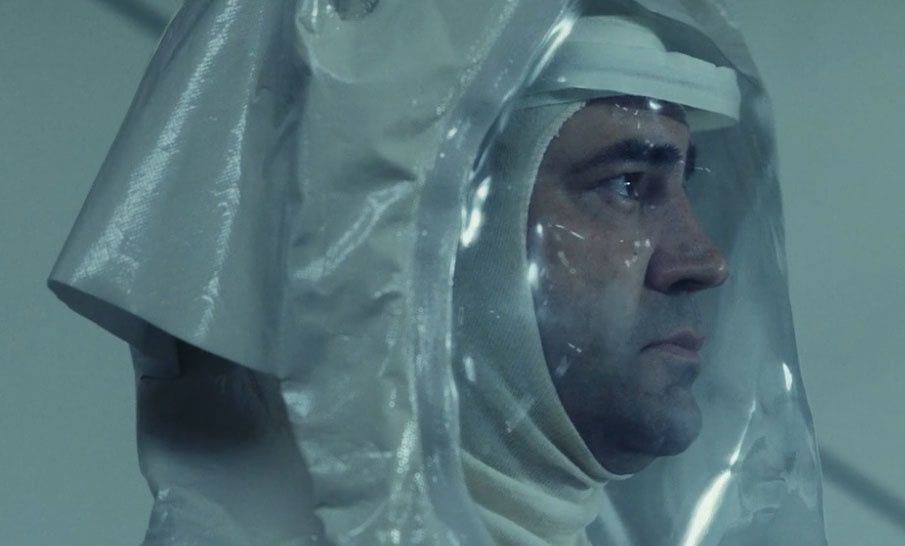 The ingenious narrative structure also helps Krzykowski hide what is, basically, a paper thin story. There are two major events that transpire – both spoiled by the perfect title – while the rest serves as the connective tissue of Calvin’s life. Many of these scenes fail to distinguish themselves, with the exception of one bravura sequence that could be ripped straight from a Quentin Tarantino film.

Young Calvin needs a Russian escort to complete the final leg of his quest to find Hitler. First, he must stare down the lead officer (Nikolai Tsankov), who insists upon shaving Calvin’s face with a straight razor as part of a ceremony to divine omens about the mission. According to legend, “If the shave is perfect and I don’t cut you, then you will fail and you’ll die,” he warns Calvin. Each agonizing stroke of the blade, coupled with some pitch-perfect dialogue, ratchets the tension higher. It’s the type of scene that crawls under your skin and disrupts the film’s otherwise languid pacing.

Just how much you’re willing to accept The Man Who Killed Hitler and Then The Bigfoot on its own terms will determine your enjoyment. If you’re set on Sam Elliott hamming it up in a campy genre piece, you’re in for a long trip. Sure, Elliott has some fun chewing the scenery, even taking the time to school three young hooligans with his fists. It’s like watching Wade Garrett from his Road House days, only he’s five times slower and ten times grouchier. It’s hard to imagine Wade Garrett muttering “for Pete’s sake,” after kicking someone’s butt.

If, however, you’re willing to change your perspective on what a Hitler killing / Bigfoot hunting movie has to offer, there are many subtle pleasures to be found. There’s drama, romance, political intrigue, and plenty of dry humor. What you won’t find is anyone winking at the camera. When you’re about to fight the Bigfoot, there’s simply no time to mess around.