People are going to say that Sady Doyle admits to being a witch. By “people” I mean men, and by “admits to” I mean “has published a new book”, and by “is a witch” I mean “encourages women to claim their power”. If the preceding two sentences caused you to laugh a little but did not whatsoever constitute breaking news, go pick up a copy of Dead Blondes and Bad Mothers: Monstrosity, Patriarchy, and the Fear of Female Power—plus a few extra copies to share with the rest of your coven.

The book cover alone compels. I was reading it at school each morning before work and literally every 10th grade girl who saw the giant pink female symbol with devil horns on the cover said to me, “Ooooh, what are you reading?”

The book examines three roles that women are permitted to have in the world. Say them with me because you know them well: daughter, wife, mother. We know these roles well because all of culture—our artworks, our governments, our kinships—defines and polices these roles in the service of patriarchal maintenance. It’s rather difficult to keep propping up the patriarchy because the truth is that women are so very powerful. Men fear us, and so in their various creative, legal and familial discourses, we are constructed as monsters. 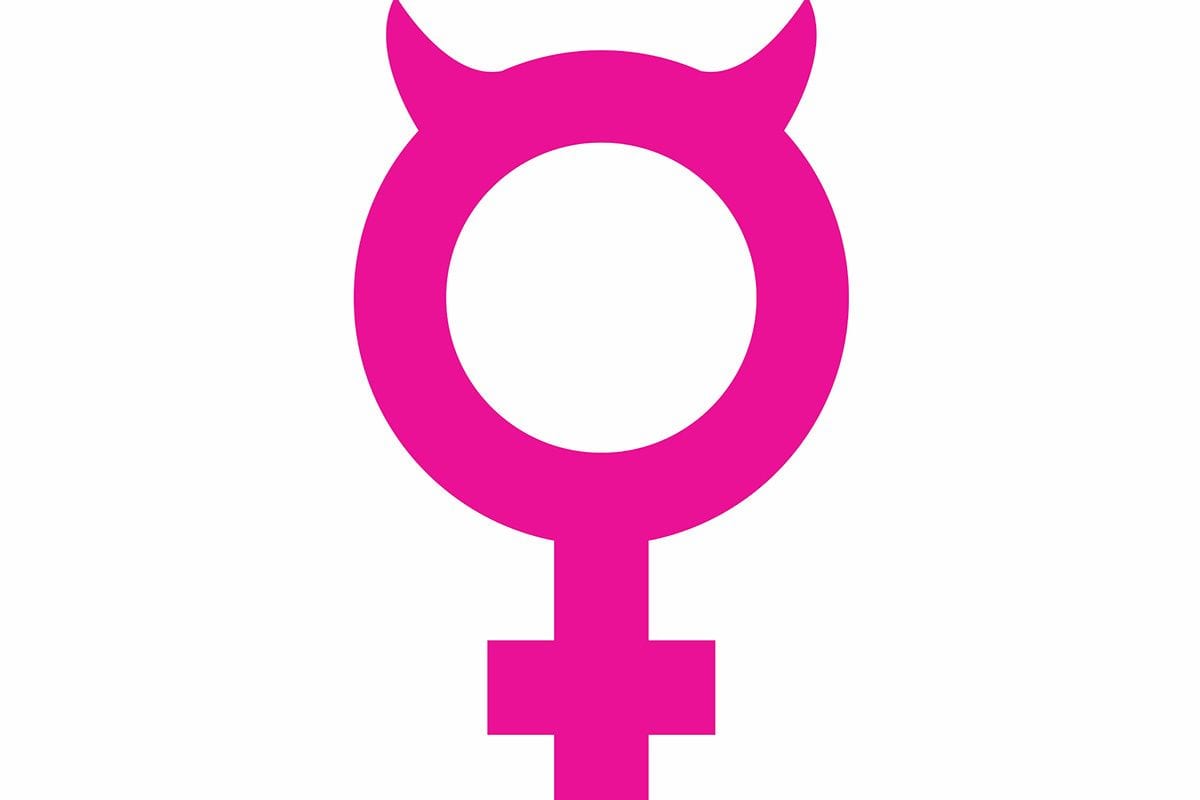 Kudos to Doyle for her consistency throughout the text in reminding readers that that other word we are called, “woman” is definitionally complex. Heteronormativity is sliding around under the entire conversation, and intersectional differences between women mean that not all oppressions are created equal. And yet, at the root, this is a book that can pin down an image of us that all women can probably affirm exists as an essential quality when properly interrogated as a reversal: anything that is monstrous is a woman. The negative characterization of us operates in many diverse ways, yet we all feel at some point that the male gaze makes monsters out of us. We know the results, too: violence against us and shame upon us. Try this on for size:

“Not a single woman gets out unscathed; there is not one woman who reaches the end of her life without being sexually assaulted, or sexually harassed, or abused by a partner, or verbally demeaned and intimidated in public spaces, or simply made smaller than she is by our hatred of her, or our fear of her, or the fear and shame we have taught her to feel about herself in a world where there is nothing more horrifying than being female. Yet at the end of the line, we give these women not respite, or understanding, but the responsibility for recreating the social order that has done all this to them” (211-212).

That checks all my boxes. I thought that I might not be very into this book because most of the examples would be located in the literary genre of horror. When people ask me why I don’t like scary movies or books, I reply that real life is scary enough. But that’s kind of Doyle’s point; she moves easily back and forth between scary movies and real-life events upon which these literary images are based, artfully tracing their infinite feedback loop. 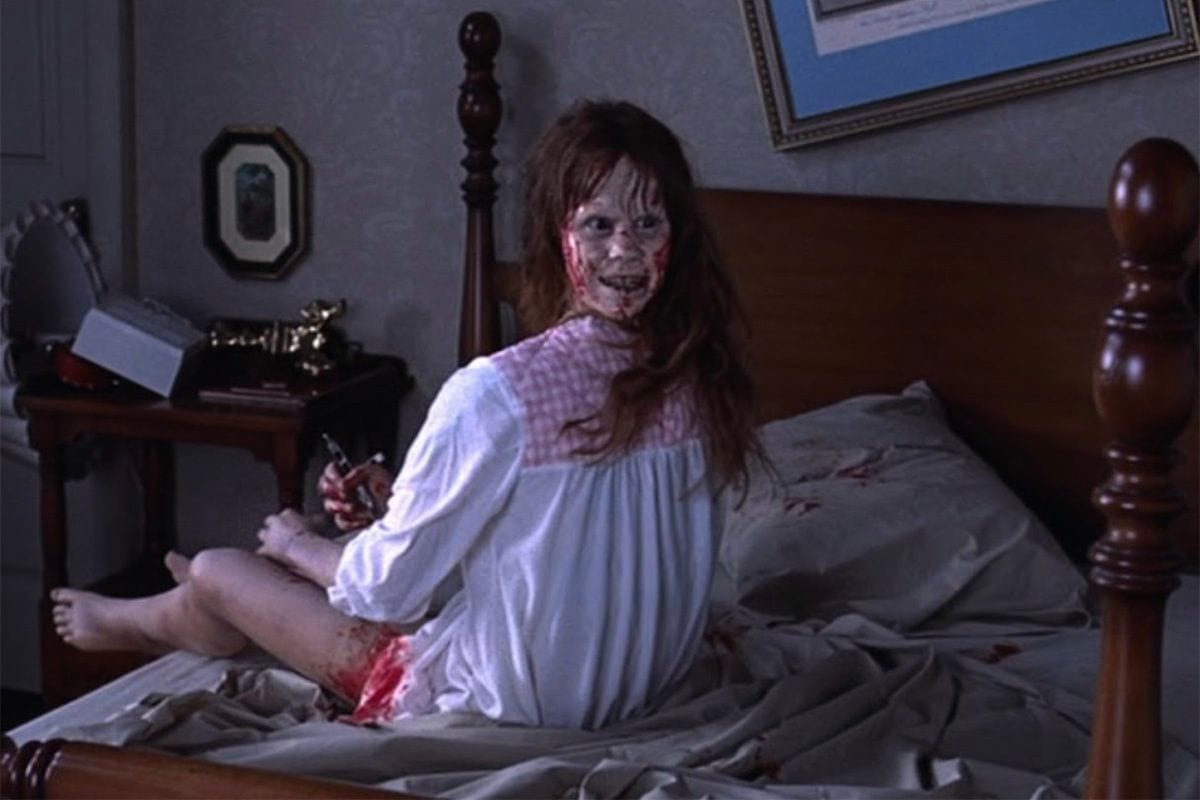 Her choice of examples is not obscure. There’s a big chunk on The Exorcist, another on serial killer Ed Gein, and some riffs on the sirens of Greek mythology. She always provides the necessary background detail for those unfamiliar with the specific references, and the appendix is organized in the manner of a proper resource guide that will be helpful to those wishing to look at her source material. For each chapter, she provides a list broken down by genre: film, television, literature, nonfiction, theory, and other media.

The theory is not complicated, especially as it will dovetail so clearly with the lived experiences of the women who will read it, and the entire book is jargon-free. A main thread is the image of blood—shedding it in puberty, at the end of virginity, in giving birth, and so on, alongside slashers, vampires, and so on. Another main idea is the see-saw of unmeetable expectations with virgin on one end and whore on the other, as usual.

Again, the chief delight of this book is not that it presents any new information, but that it aggregates a pile of information we already know into a package that is pleasing. It’s pleasing because Doyle has an amusing voice. By “has an amusing voice” I mean “is possessed of a rage she has skillfully channeled into witty articulation”.

There are a few sections of Doyle’s commentary that especially delight me. One of these is on the gender identity of Godzilla and the awesome power of the T. rex in Jurassic Park. Another is on the possible virtues of Augusta Gein, mother to the man who would become an archetype to rival Hitler in the toxic masculine imagination. And finally, most gratifyingly, the author’s conclusion about how we get out of this patriarchal blood bath is predicated on her astute reading of Andrew Fleming’s supernatural horror film, The Craft.

Doyle is just a year younger than I, and any American woman who attended high school in the late ’90s will tell you: The Craft launched a thousand covens. By “covens” I mean “small groups of teenage girls empowering each other through supportive friendships”. And also empowering each other through murdering their abusers, which is why witches are so terrifying to a culture predicated on the privileges of abuse.

Doyle is right. You know it. Read Dead Blondes and Bad Mothers because you’ll feel less alone to hear our story told in this way. By “you” I mean “women”—and students of gender studies, and listeners of true-crime podcasts, and parents who sometimes feels guilty, and so on.

And hey, probably men should read it, too. C’mon, men, what are you afraid of?