From May to October 2018, the Tate Modern in London presented an exhibition titled Shape of Light: 100 Years of Photography and Abstract Art, examining relationships between abstraction in fine art and photographic practice. The exhibition featured an array of photographs curated for the show, with relevant examples of abstract art from the Tate’s collection. The book, Shape of Light, serves as the companion volume to that exhibition.

A generous collection of reproduced photographs, colour and black and white, are sequenced according to a linear timeline spanning the decades of the past 100 years, presented in four sections and prefaced by short contextual essays. While not exactly definitive or concentrated, what this volume does offer, as did the exhibition, is a curated overview with a wealth of illustration serving to authoritatively define and display the intersection of photographic artistic practice with that of the wider practice of art, with comparative reproductions from different medium displayed occasionally side-by-side. Two broad abstract tendencies are displayed as they recur through the decades: abstraction via purposeful framing of material reality, and abstraction via deliberate or accidental manipulation of the photographic process. These generalized tendencies can be said to represent, as explained in the first essay examining the beginnings of the modern art movement(s), approaches which can usefully be labelled “rational” or “impulsive”.

The collected photographs begin in 1910, picking up on the work of Alfred Stieglitz and his Photo-Secession movement, the first intersection between photography and modern art. Stieglitz championed a shift in photography from the pictorial towards modernism, in concert with the new works in sculpture and painting from Paris, which he was exhibiting at his Manhattan studio, and which directly influenced the Photo-Secessionist work. The photographs appearing in Stieglitz’s journal, Camera Work, and that of others from similarly inspired movements in Europe, found much inspiration in the modern city, which rewarded abstract aspirations with new perspectives discovered through the opportunities for unique frames offered by imaginative lens placement of the ever-smaller cameras. 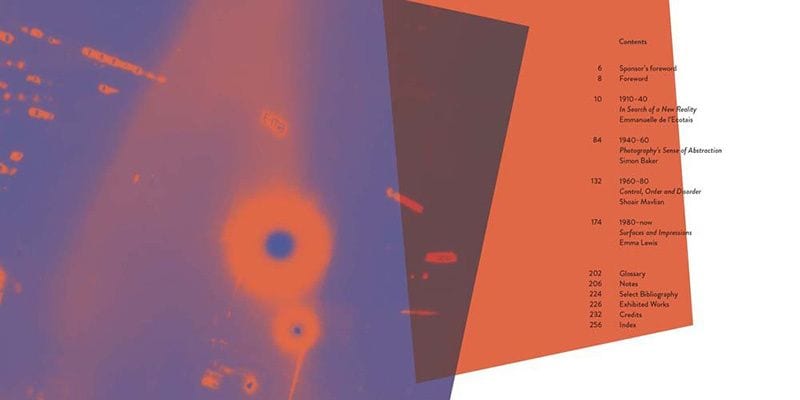 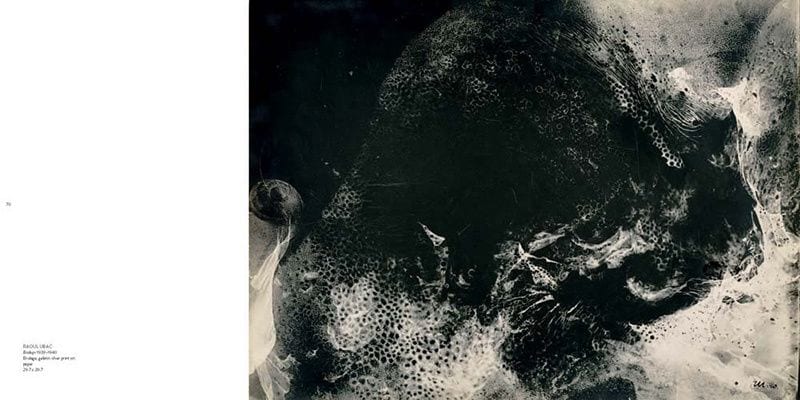 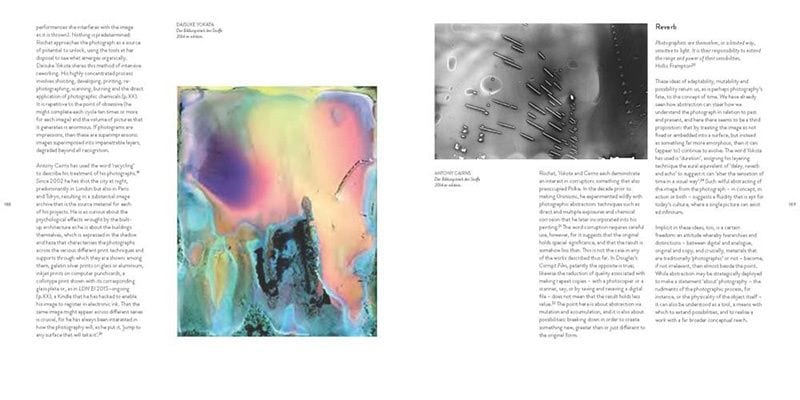 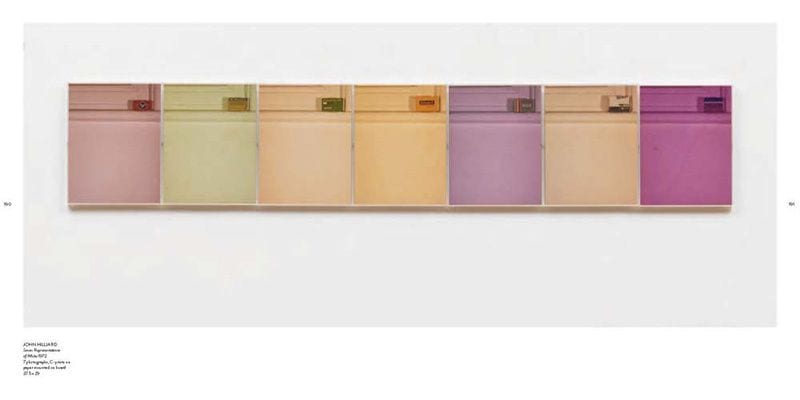 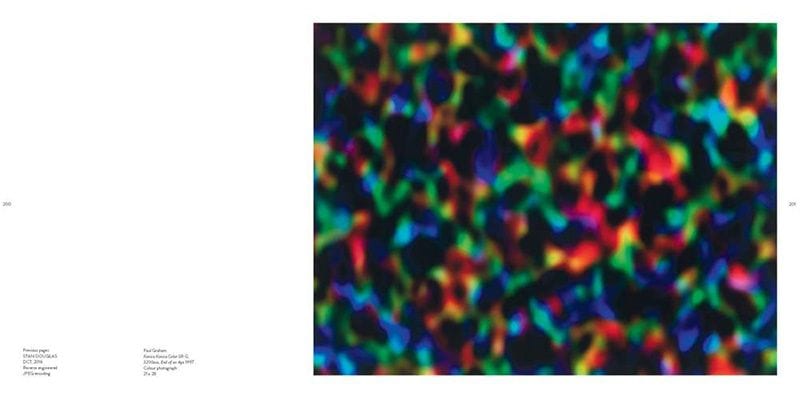 Meanwhile, other artists experimented with “photograms”, positioning objects on light-sensitive paper — work identified with Dada and later the Surrealists, particularly Man Ray‘s experiments in the ’20s. Further, the constructivist László Moholy-Nagy, worked his photograms as impressions of light rather than objects. Therefore, approaches to abstraction became a common feature of fine-art photography, and many of the years’ worth of reproductions included in this volume refer in some way to the tendencies developed in the ’10s and ’20s.

The Tate exhibition consciously joined a lineage of earlier group shows such as Abstraction in Photography (MOMA 1951), The Sense of Abstraction (MOMA 1960), and Generative Photography (Bielefeld 1968). The two Museum of Modern Art exhibitions, effectively bookending a decade in which “abstract” art practice reached a zenith, are contextualized as “evidence not of a sudden conversion to photography’s powers of abstraction… but of the inevitable consequence of the combined lessons learned” from previous decades. Formal and technical similarities, moreover, could be discerned from different work originating from different locales across the planet, a sign that “photography had become capable of expressing different subjectivities through the same processes of organized defamiliarization (close ups, cropping, negative printing, double exposures and so on).” Subjective diversity expressed through similar processes could be said to be an organizing principle in the collected reproductions featured in this volume. The contextual essays identify preoccupying concerns related to their specific time period, but the collected photos in total can be appreciated anew at each essay’s conclusion.

There’s a wealth of work on display, perhaps one of the finest general collections of abstract photographs currently available in print form. If seeing just two examples of Edward Ruscha‘s wonderful “Parking Lots In Los Angeles” series (1967) might seem incomplete, the reader previously unfamiliar has at least been pointed in its direction. The fine essays, even as they tend to the academic, provide both context and clarity to the works themselves, as well as the philosophical and practical intentions over time. The ability to trace the rational and the impulsive, seen across a century of practice, will benefit interests heralded by the exhibition’s title (photography and abstract art), and will do so in a manner which is less overtly directed and more realized by the viewer/reader. 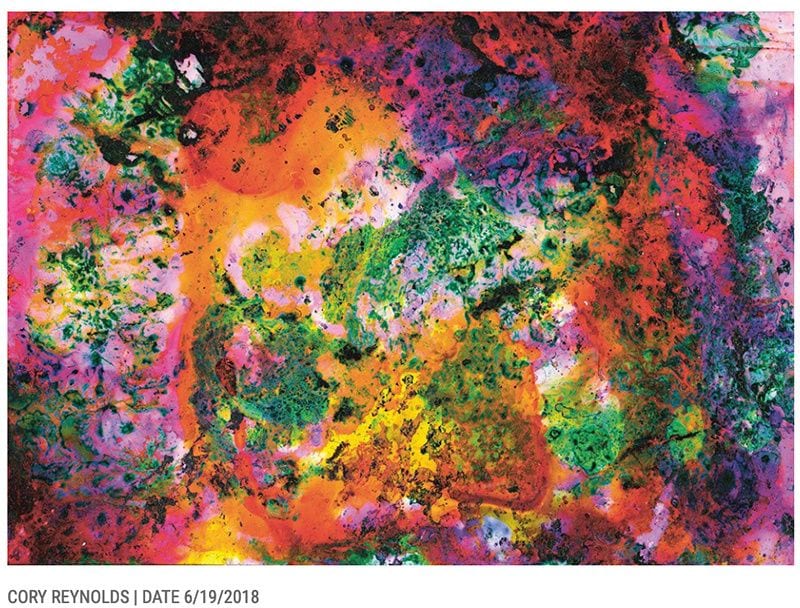