This year, 2018, has been among the best in recent times for short story collections, especially by women writers and writers of color (for example: these five 2018 debut collections from Short Stories: American writers of South Asian origin.)

Subjective and incomplete as lists like this one may be, they do show that there’s a widely growing range of short story types and genres being published and that collections are getting a lot more respect and attention than ever before. Long may that continue. 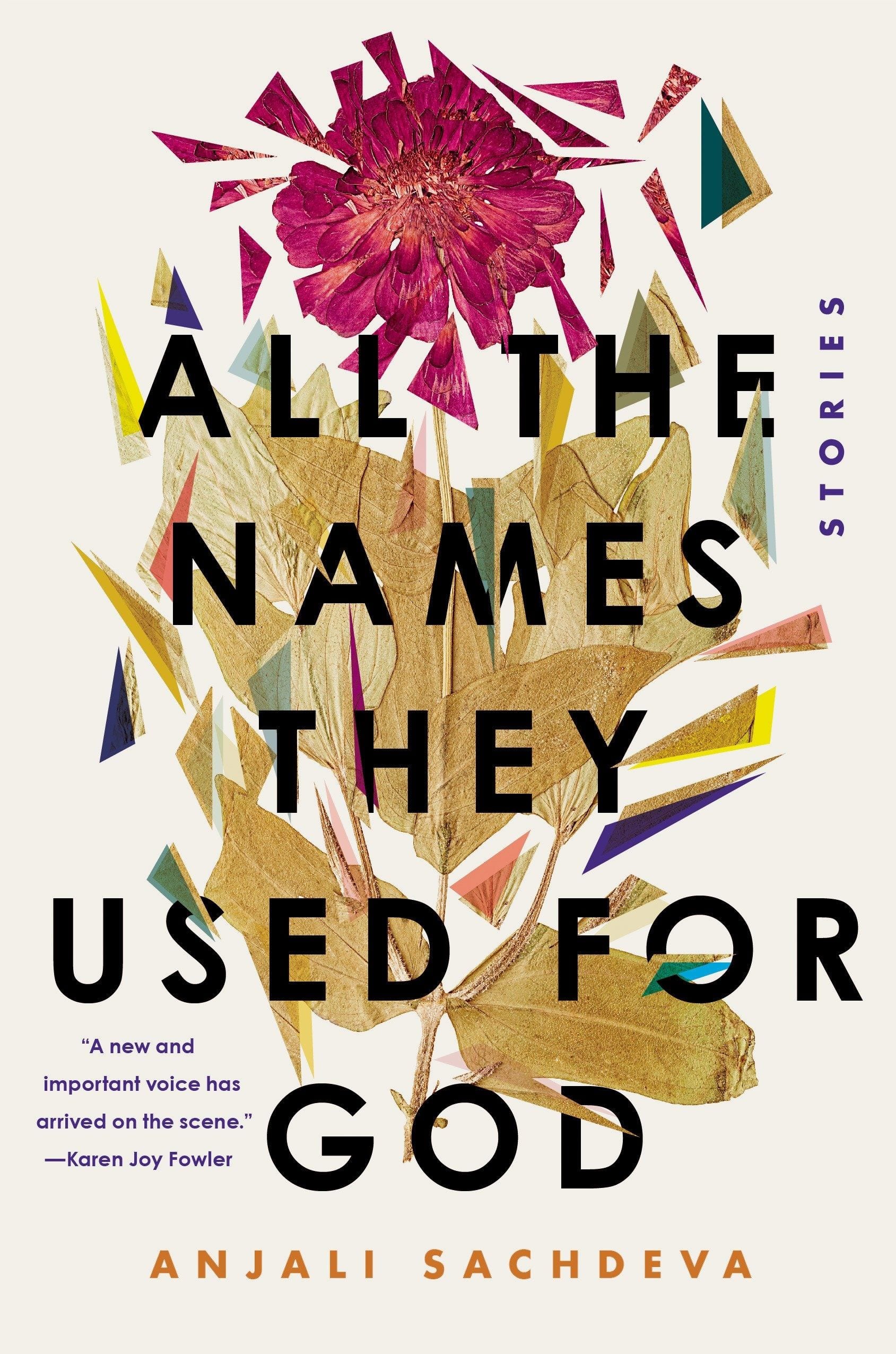 All the Names They Used for God by Anjali Sachdeva (Spiegel & Grau, February 2018)

This was one of the earliest debut collections of the year that grabbed attention and won much praise. Here is PopMatters review and a thoughtful interview with Sachdeva. From the review:

In her striking debut short story collection, All the Names They Used for God, Anjali Sachdeva’s characters also reach for various kinds of redemption—inexplicable, undefined, mystical, even sublime. That reach propels them into curious liminal spaces that are not exactly darkly terrifying or horrific, as one might expect, but rather enchanting and mesmerizing.

In her introduction, Sachdeva writes about the difference between how people approached their gods in the old times versus how they do now. She posits that, in present times, there are higher expectations and ideals regarding transcendence and, when these are not easily met by religion, people turn to science, technology, nature, etc. But these new gods are, of course, just as untrustworthy and capricious as the old ones.

Read “The Poor, Dead Soldiers” from All the Names They Used for God at Better Magazine. 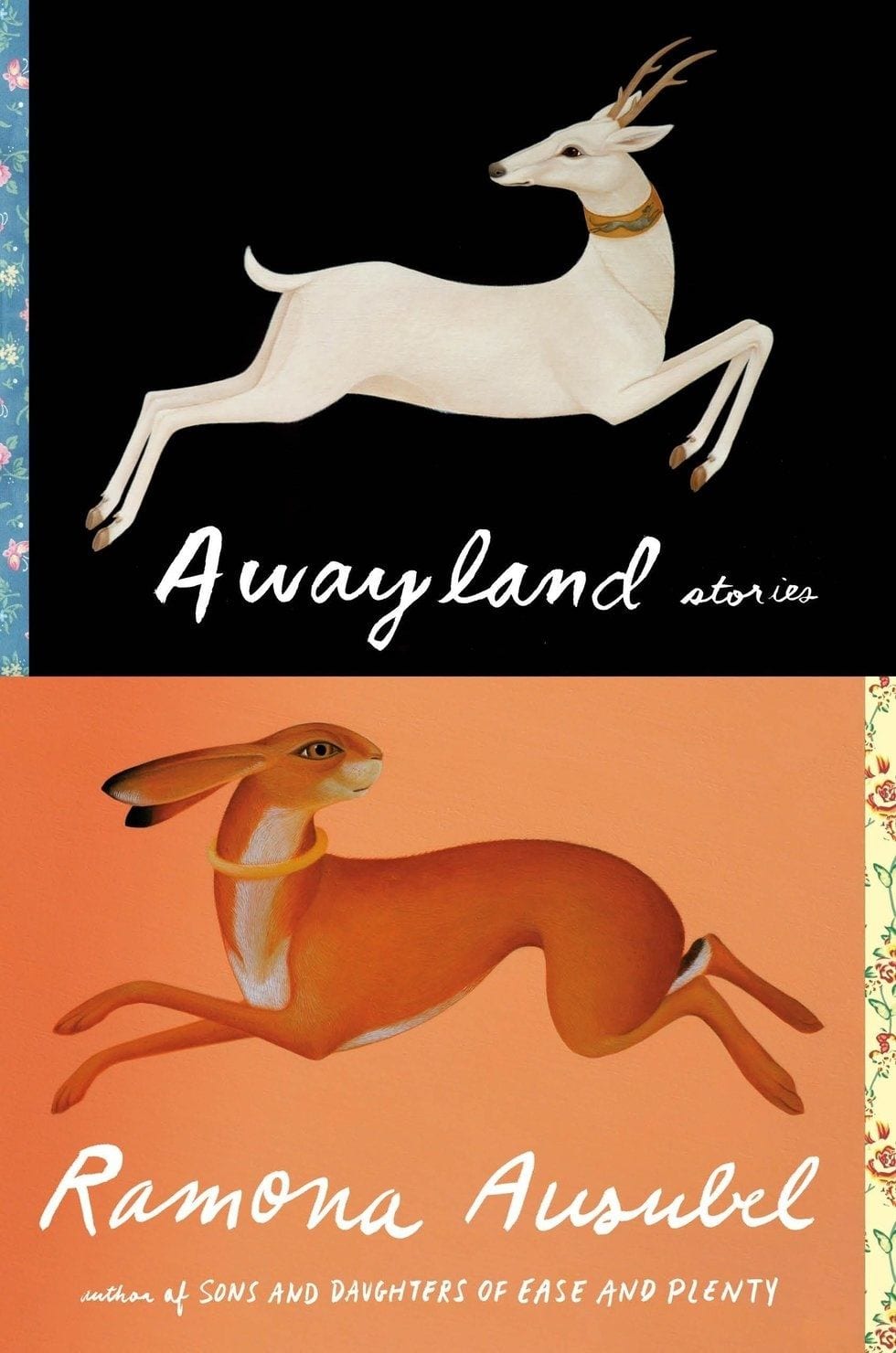 This is Ausubel’s second short story collection. She debuted with the well-acclaimed A Guide to Being Born. That was followed by two novels and then we get this lovely gift. Some of the stories here have appeared in The New Yorker and The Paris Review. Ausubel’s stories are set as widely in geographical terms as Sachdeva’s stories, above. Some even go into mythological and ghostly realms with fantastical characters like Cyclops, mummies, and mermaids. But the themes remain universal: identity, parenthood, loss, love, desire, and more. Ausubel pays as much attention to her storytelling as to her stories so this is a treat to read and, if it’s your first introduction to her work, it will make you want to go back and read her previous three books, too.

Read “You Can Find Love Now” from Awayland in The New Yorker. 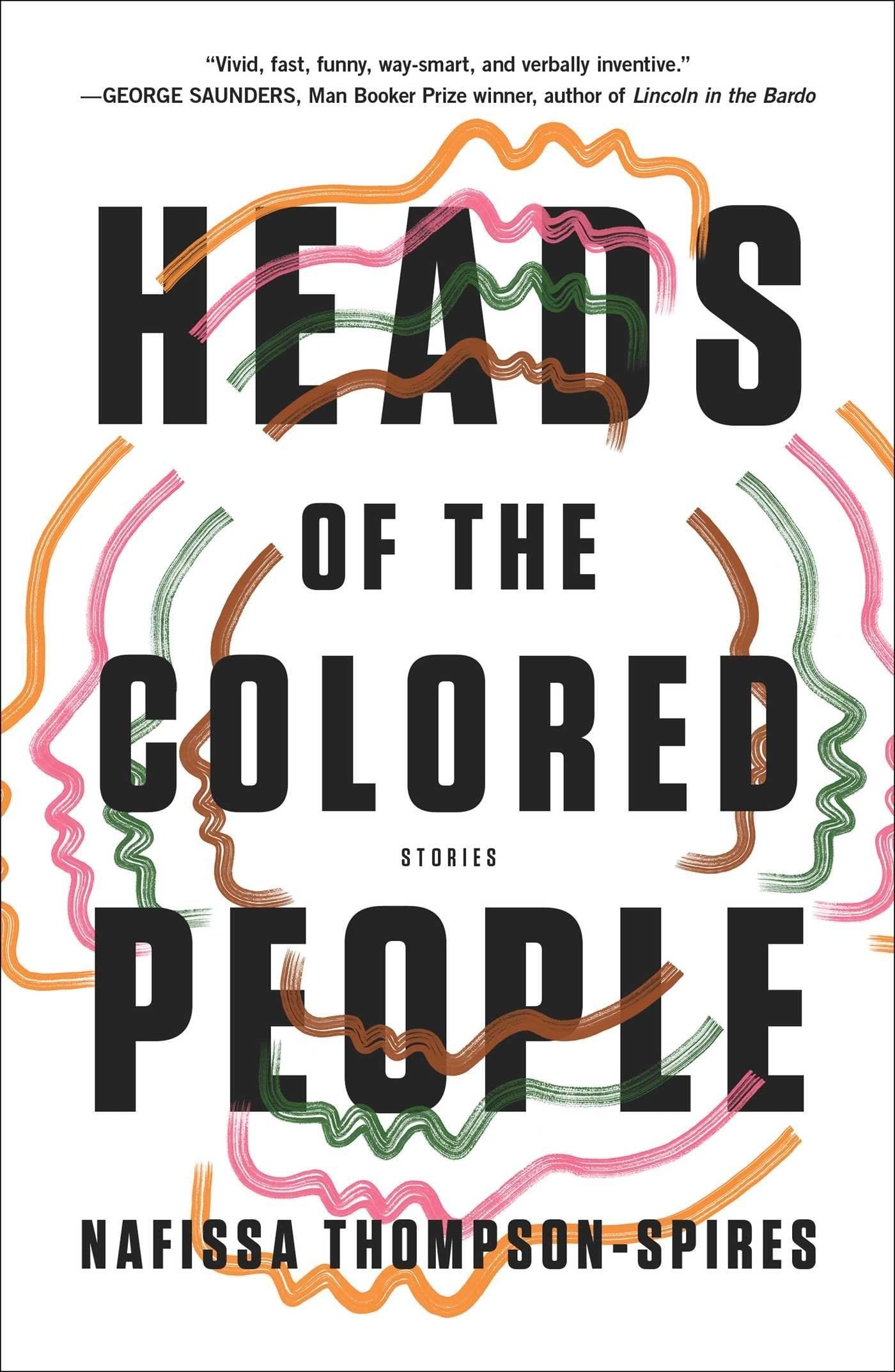 Thompson-Spires’ collection is one of several this year to explore black identity and all that it means in our conflicted times. Whether she’s writing with dark humor or with colloquial banter, she brings her characters to life in ways that make us want to know them more. Middle-class lives, gun violence, suicide, motherhood, social media — all the events that preoccupy us in our daily lives and on social and news media are presented here. As with all debut collections, this is not a perfect, flawless book. But there is so much promise here that we can only look forward to whatever she writes next.

Read “Suicide, Watch” from Heads of the Colored People at Dissent. 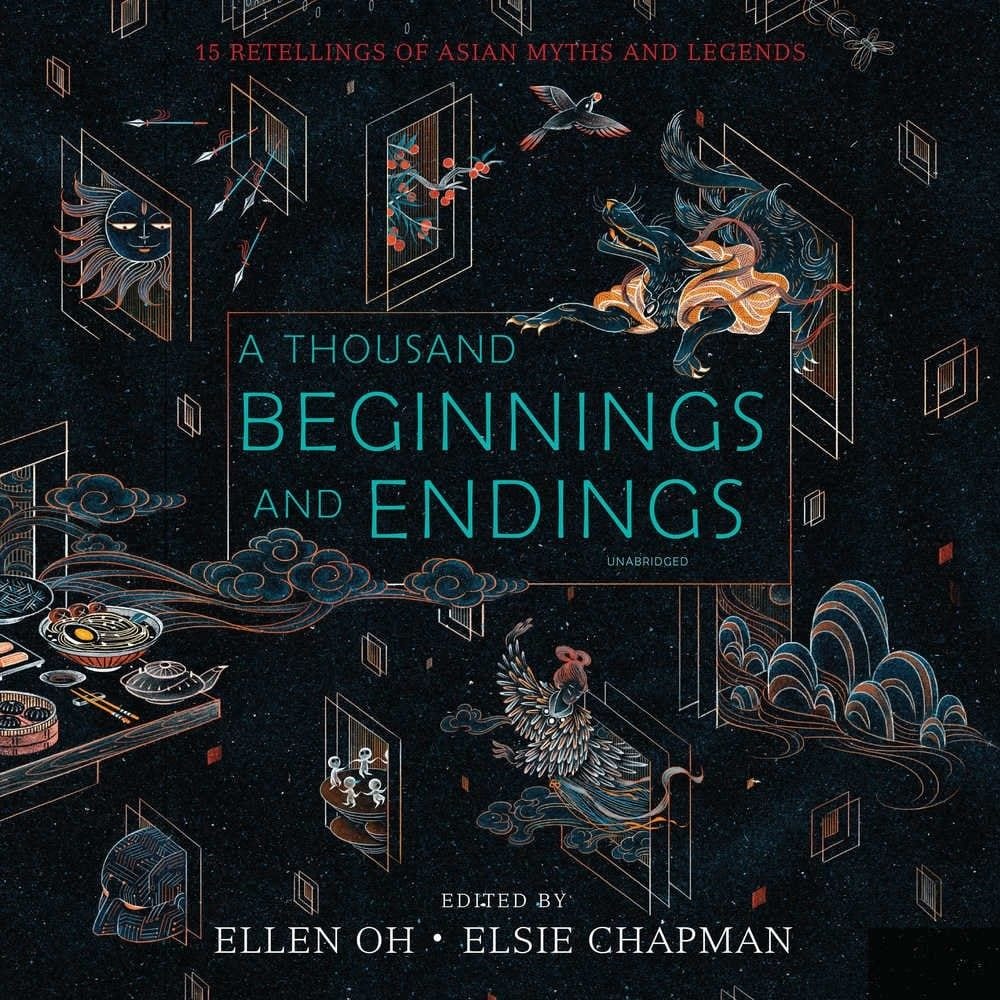 Fifteen writers of East and South Asian origin come together with re-imagined folklore and mythological tales. The editors are the founders of the #WeNeedDiverseBooks campaign. There’s a wide range of genres included here: fantasy, speculative fiction, science fiction, romance, crime thriller, and more. Each story ends with notes from the author about why they picked that particular story to retell and why they made certain revisions or authorial choices. Though this is targeted to the teen demographic, it will appeal to anyone who enjoys folklore, mythology, magic, and sheer inventiveness in storytelling.

Read “Forbidden Fruit” (by Roshani Chokshi) from A Thousand Beginnings and Endings at Harper Collins. 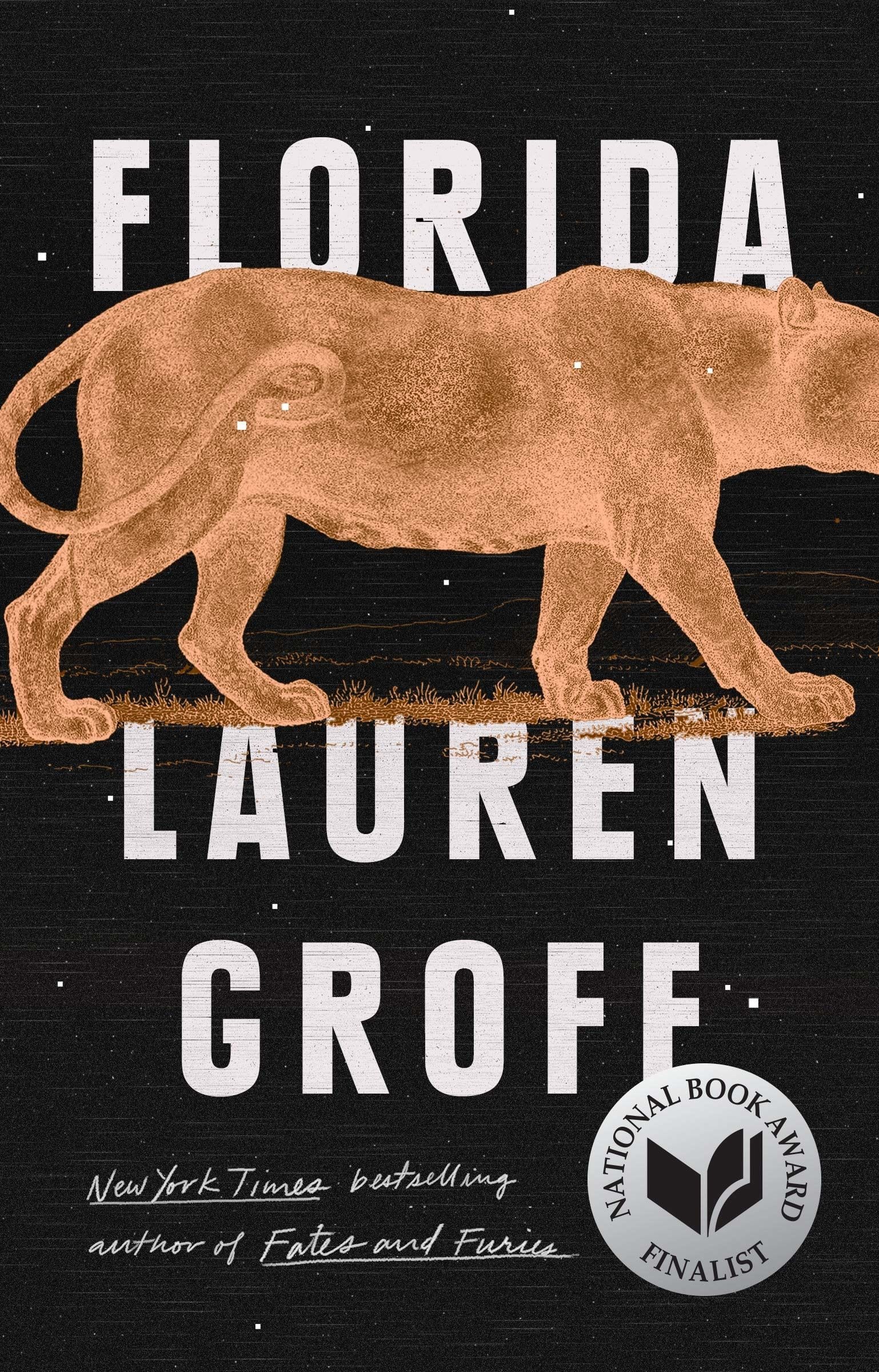 This collection was a finalist for the 2018 National Book Award and made several “best of” lists this year too. Rightly so. Though these stories span a wide range of settings, towns, and time periods, Florida is the center that unites them all. Groff has a way of getting to the darkness and the light within her characters with such precision that readers can’t help but be driven to examine their own fears and joys and loves and losses too. Her Floridian landscapes — both the inner and the outer — eschew the usual stereotypes of sultry weather, lush nature, Southern charm, etc. Also, the stories are somewhat reminiscent of Joyce Carol Oates’ mid-career stories because of a similar crackling, Gothic energy. But Groff’s sentence-level craft is all singularly and supremely her own.

Read “The Midnight Zone” from Florida at The New Yorker. 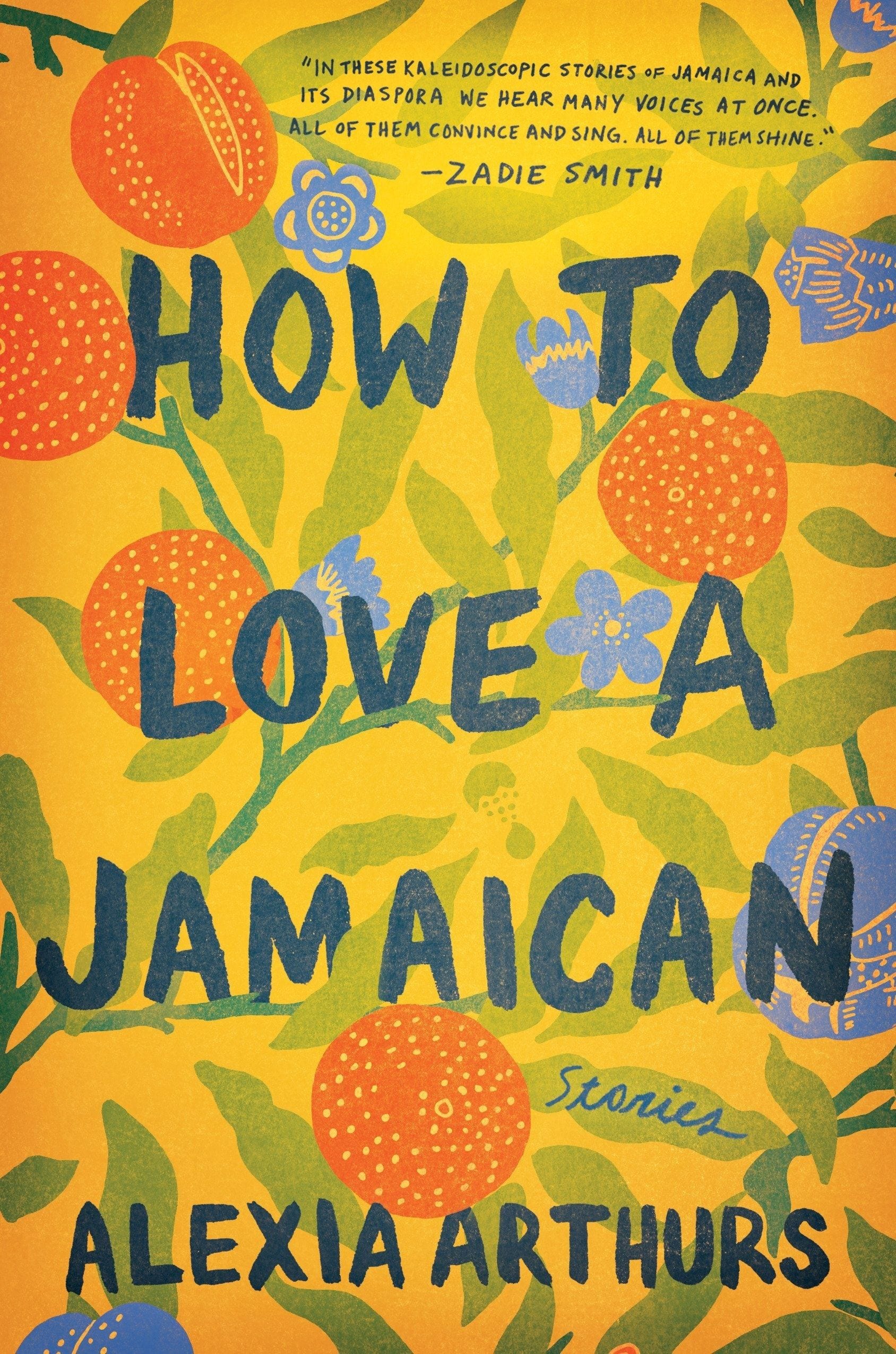 How to Love a Jamaican, by Alexia Arthurs (Ballantine, July 2018)

These 11 stories focusing on Jamaica and its diaspora received well-deserved praise from Zadie Smith. Arthurs writes with style, wit, and a skill with many voices that very few first-time writers can demonstrate. Almost all the stories revolve around immigrant families coping with everything that big life transitions throw at them, particularly coming-of-age, racism, code-switching, classism, colorism, sexism, and more. One story features a character based on Rihanna, the music star. Another features a ghost. The most important thing Arthurs achieves here, however, is an adept smashing of all the usual stereotypes existing about Jamaican people “back home” or “living in foreign”.

Read “The Ghost of Jia Yi” from How to Love a Jamaican at VICE. 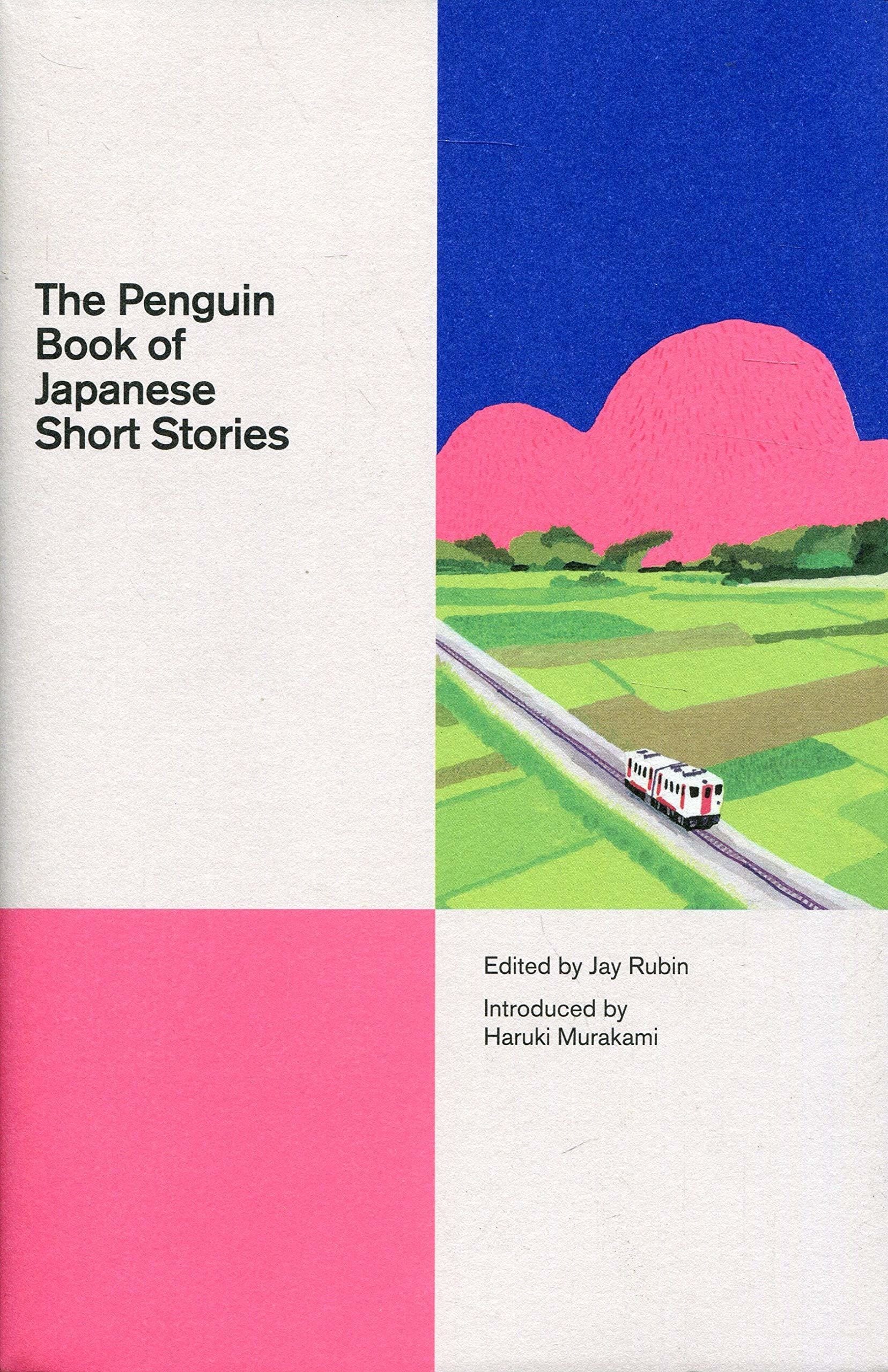 Penguin’s short story anthologies are always a thing of joy. This collection, with many new, never-before-translated stories, has an introduction by Haruki Murakami. The stories are from the 19th-century to present-day, though they aren’t organized chronologically. Instead, Rubin has opted for thematic groupings like “Modern Life” or “Dread” or “Disasters”. This makes it a collection to dip in and out of as the mood desires rather than one to sit and read through. Rubin was asked what united this highly-diverse (in genre, form, style, and voice) smorgasbord and he said: “Resonance. Stories that leave an indelible mark, remembered long after leaving the page. Each story has stayed with me, somehow — stories I was unable to forget, an image or idea that remained in my mind.” That they certainly do. See Hans Rollmann’s thoughtful response to this book here at PopMatters.

Read “Hiyoriyama” by Kazumi Saeki from The Penguin Book of Japanees Short Stories at the Wall Street Journal. 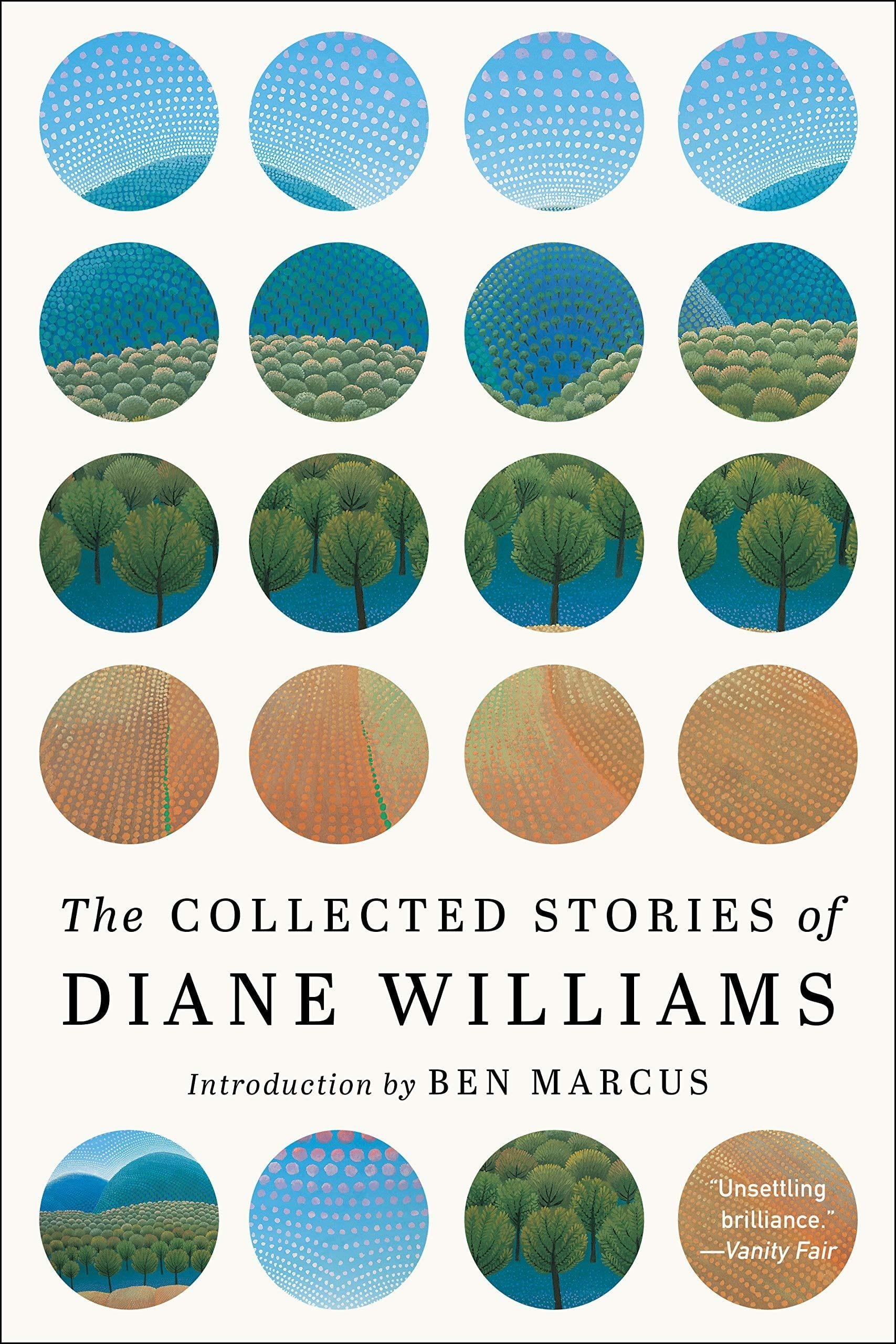 Williams is, undoubtedly, one of the most enduring champions of the short story form. Not only has she written eight volumes of short fiction, she also runs the literary journal, NOON. This collection has over 300 new and previously published short stories in varying lengths. There’s a beautiful introduction by Ben Marcus where he says that “The Williams epiphany should be patented, or bottled—on the other hand, it should also be regulated and maybe rationed, because it’s severe.” Williams is often called an avant-garde writer because she experiments with the form in unexpected ways. You might get a one-page monologue or just snippets of a conversation or a fable. What is consistent, however, is her careful language craft, which pulls off that tricky balance of ambiguity with economy, witty humor with insightful depth, and the everyday with the extraordinary. This is an omnibus collection that belongs on the shelves of every reader who admires the short story form.

Read “The Fucking Lake” from The Colllected Stories of Diane Williams at Granta Magazine. 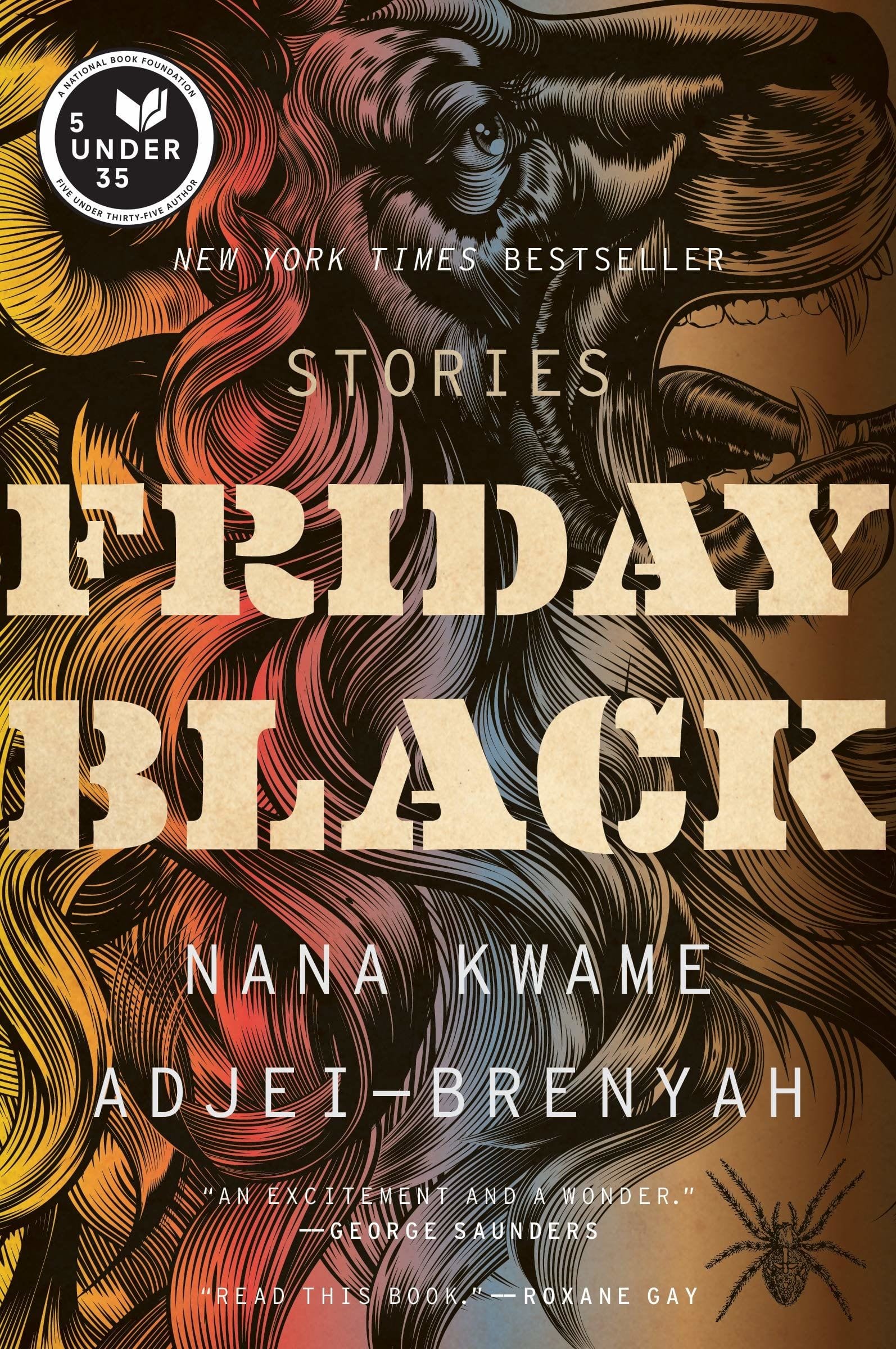 This book is a finalist for the National Book Critics Circle Award. It is easily the best work of fiction this year to examine racism and consumerism in America. Whether narrated as straight realism (as with the breathtaking opening story) or near-future dystopia or post-apocalyptic nightmare, each story in this collection demands our full, undivided attention. Adjei-Brenyah’s settings are of the everyday kind — a mall, a parking lot, a hospital — but all his characters are uniquely memorable. He has the dark humor of his mentor, George Saunders and the vivid characterization of black experience in the approaches of Marlon James and Colson Whitehead. This is the kind of writing that forces us examine and question our own prejudices and biases — not at all an easy thing to do. 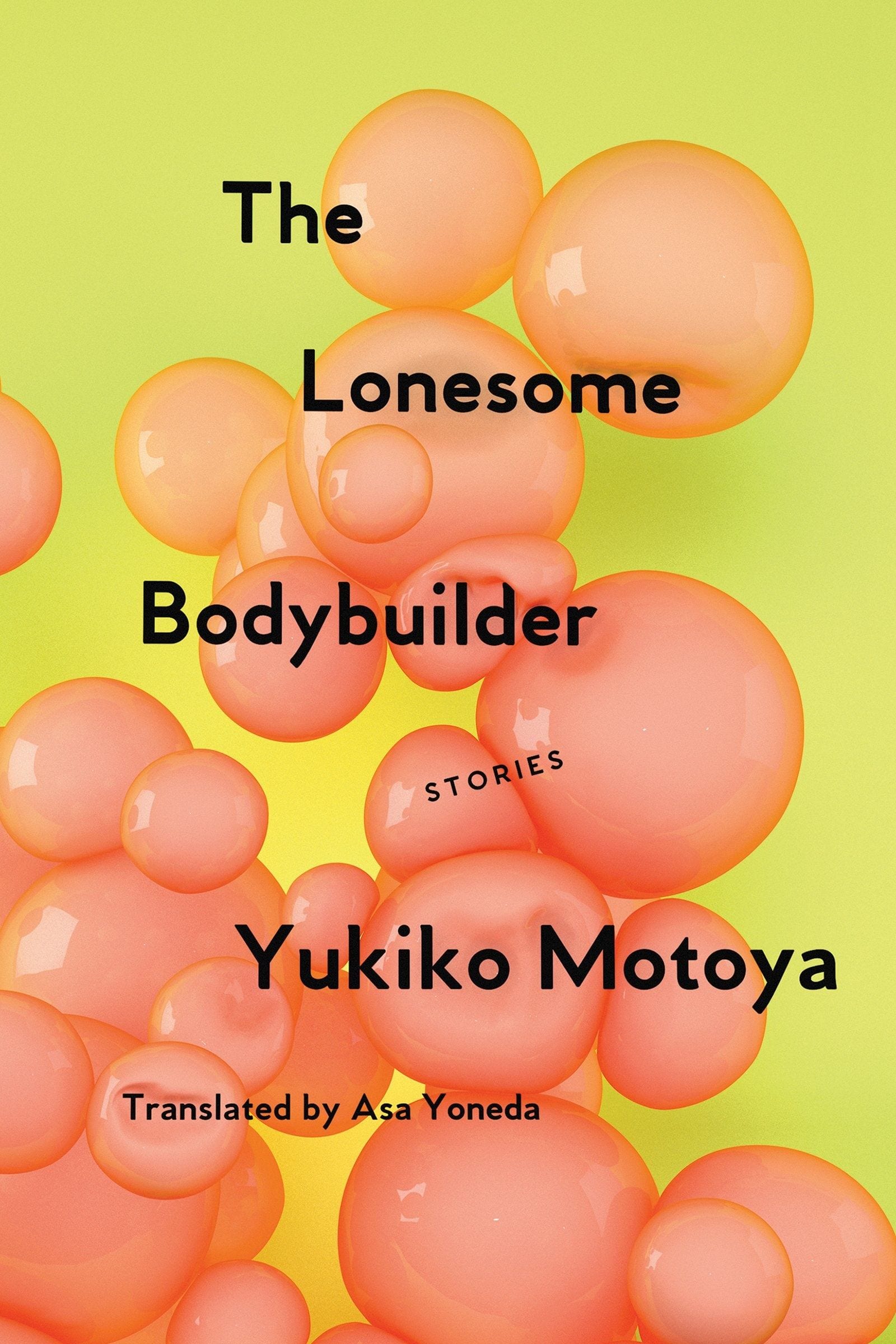 Motoya takes ordinary objects like umbrellas, curtains, dogs, rocks, etc., and ensures we never see them the same way again. Whether she’s exploring marriage or gender or power, her surreal, absurdist, fantastical ways of looking at the world are reminiscent of Angela Carter and, in more recent times, Carmen Maria Machado. Her talent with varied voices comes through well in this skillful translation. The title story, about a housewife who takes up bodybuilding and what that does to her relationship with her not-so-observant husband, is representative of Motoya’s worldview throughout: behind every seemingly normal home or workplace, there are weird, unsettling aspects. We only have to be willing to look.

Read “An Exotic Marriage“, from The Lonesome Bodybuilder at Literary Hub. 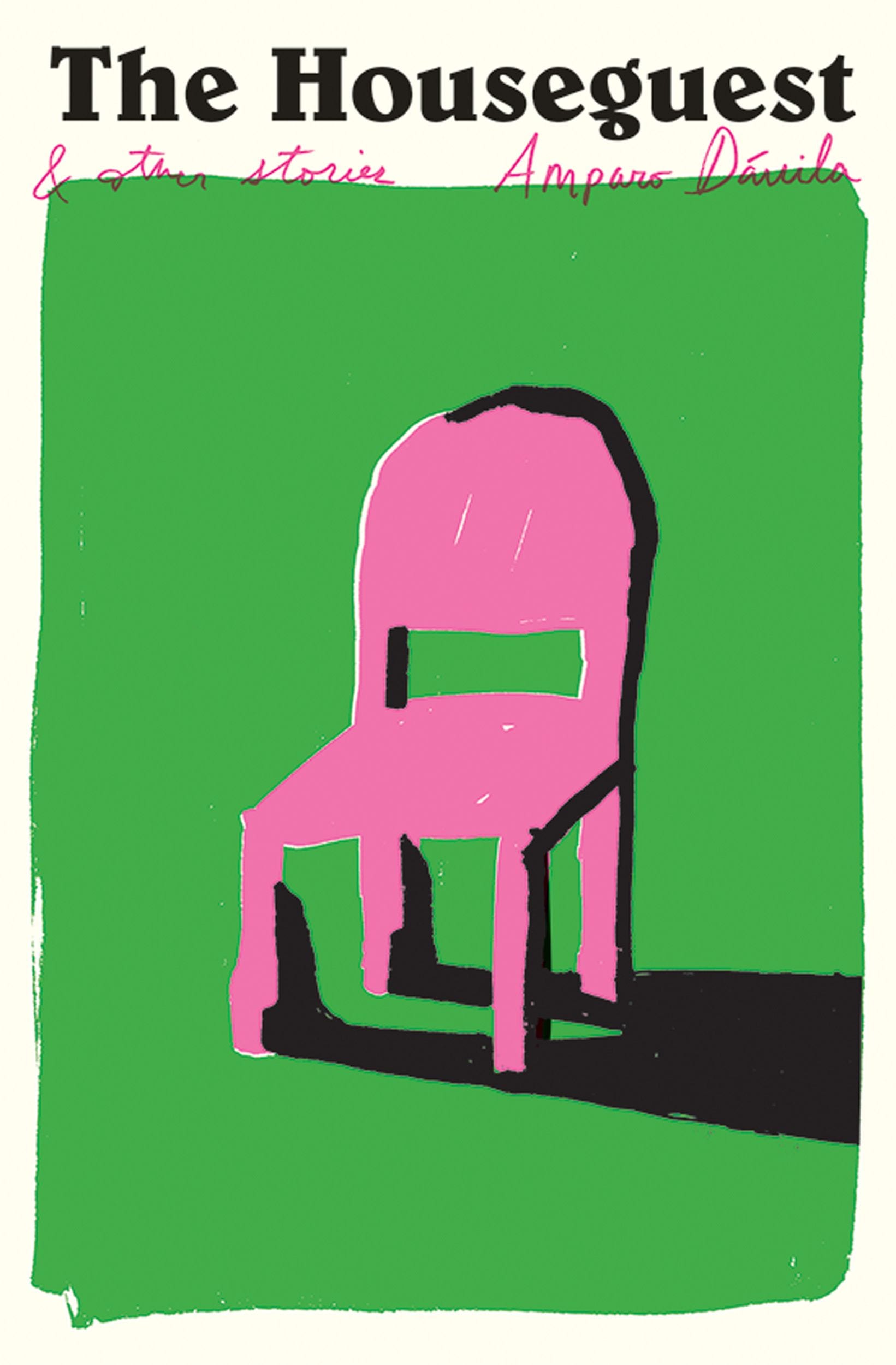 It’s impossible to say anything better than what Carmen Maria Machado has said about this collection:

Each of these stories is equal parts Hitchcock film and razor blade: austere, immaculately crafted, profoundly unsettling, and capable of cutting you. Amparo Dávila is Kafka by way of Ogawa, Aira by way of Carrington, Cortazár by way of Somers, and I’m so grateful she’s in translation.

One of Mexico’s foremost short story writers, this is the first English translation of her works. Writing about everyday fears and delusions, Dávila weaves in strange and bizarre horrors in such mesmerizing ways that we cannot help but hang on for the entire thrilling ride. If you’re a fan of Shirley Jackson, Edgar Allan Poe, Franz Kafka, or Gabriel Garcia Marquez, here is some next-level surrealism and horror that pulsates with its own unique rhythm and emotions.

After several award-winning novels, this is Jemisin’s first short story collection. The title is from her own 2013 essay ‘How Long ‘Til Black Future Month? The Toxins of Speculative Fiction, and the Antidote That is Janelle Monae.’ As with all her writing, Jemisin explores racism, sexism, classism, and more through these stories. With her own blend of science fiction, fantasy, and speculative fiction, she creates worlds that are still uncomfortably close to our own. Almost all her protagonists fight back against the authorities. For fans of Jemisin, this first short story collection is a must-read. For those new to Jemisin, this collection provides the perfect introduction to her diversely imaginative and technically masterful range.

Read “The Ones Who Stay and Fight“, from How Long ’til Black Future Month? at the Hachette Group.

It’s difficult to close this list without mentioning the many other notable collections that also published in 2018. Below is a brief, though not exhaustive, list in no particular order. Let us hope 2019 brings us an even greater bounty of short stories.