When she took the stage last Sunday evening to pick up her first ever Oscar trophy, Julianne Moore was beaming. It was a face that felt the entirety of the event, matched with a meaning for those who’ve followed her career since she was a Frannie and Sabrina Hughes on the CBS soap opera As the World Turns. After five nominations and several more defining roles, Moore had finally earned the highest honor in her craft. Everyone was happy. Most wondered why it took so damn long.

The answer is easy: the Academy has a short attention span and an even worse case of false perspective. Viewing every year as apocryphal and every win as historic, AMPAS puts on its particular set of blinders and baffles the fans who find so much wrong with their annual clueless decision making. Indeed, part of the “fun” this time of year is looking at the various snubs and celebrations and wonder how anyone could come up with these particular winners (Gwynenth Paltrow? Helen Hunt?). Sure, there are some wrongs they never righted (Alfred Hitchcock had to settle for an honorary Oscar? Seriously?) but, for the most part, once they muck up, they eventually get around to giving the rudely ignored their honors.

With this particular list, we highlight ten stars who ended up finally getting their AMPAS due, though for the completely wrong reason (read: film). While we could have mentioned that Ms. Moore should have won for the 1995 film Safe, yet we were stunned to learn she wasn’t even nominated for that amazing movie. Ditto to this year’s Best Supporting Actress winner Patricia Arquette, who should already have gold for True Romance; she also wasn’t given a nod for that stunning early role. Instead, we’ll take the multiple nominees among the many winners and attempt to give them their true moment in the sun, if only metaphorically. 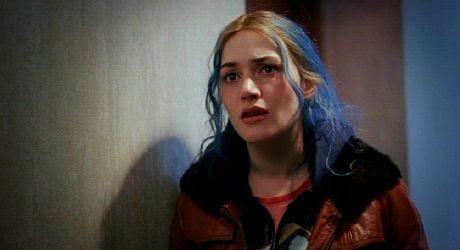 Kate Winslet (winner for The Reader)
Should Have Won For… Eternal Sunshine of the Spotless Mind
It’s hard to believe it took Ms. Winslet so long to finally win an Oscar… and this film, a bad combination of Holocaust themes and pedophilic leanings, is the one they gave it to her for? Remember, our Kate played a former concentration camp guard who seduces a teenage boy so they can have sex together. He then reads to her, her illiteracy becoming a plot point once she’s put on trial for her crimes. Clearly, the Academy was bestowing a “lifetime achievement-lite” trophy on her, but in our minds, Winslet should have walked away with the award for her deft portrayal of Jim Carrey’s romantic interest in Michel Gondry’s revisionist romantic dramedy.

Elizabeth Taylor (winner for Butterfield 8)
Should Have Won For… Suddenly Last SummerBefore she took home her first of two Oscars for her portrayal of the seminal prostitute with a heart of gold, the former child star turned adult stunner had three previous performances nominated. While her work in Raintree County was nominal, Taylor was on fire in both Cat on a Hot Tin Roof and Suddenly Last Summer. In at least two of those cases, she was better than the eventual winners (Susan Hayward in I Want to Live! and Simone Signoret in Room at the Top). Recognizing their mistake, the Academy finally found a way to give her a statue. While she’s fine in Butterfield, Summer was sensational.

Whoopi Goldberg (winner for Ghost)
Should Have Won For… The Color PurpleGhost? Seriously? Obviously still smarting from the cultural and industry-wide rebuke for failing to find anything about Steven Spielberg’s brilliant adaptation of Alice Walker’s novel worthy of winning (it was nominated for 11 Oscars and earned none), the Academy came back five years later and “righted their wrong” by giving Goldberg what amounts to a consolation trophy for its own not having enough backbone back in 1985. Go back and watch both films and see which one deserved all the accolades and all the attention. Yes, the comedienne-turned-actress is good in both, but in Walker’s work, Goldberg finds her heart and soul. Ghost is just a goof.

Al Pacino (winner for Scent of a Woman)
Should Have Won For… Dog Day AfternoonIf you want to call The Godfather films ensembles, that’s fine. Nevertheless, Pacino should have picked up more than one award for his work as the frustrated, fierce Michael Corleone. If you want to take the mobster out of the motion picture, we can’t come up with a better example of the man’s artistic ability than his tour de force as down on his luck robber Sonny Wortzik. With his earthy urban determination and sexual secret, the character completely owns every minute of Sidney Lumet’s ’70s masterpiece, turning the clusterfuck of a failed bank job into an examination of “Me Decade” malaise. In fact, Pacino’s entire output from 1971 to 1983 should be fodder for multiple Oscar wins.

Paul Newman (winner for The Color of Money)
Should Have Won For… Cool Hand LukeThe next two actors on the list are tied together by a rather unique situation. In the year he won, Rod Steiger bested Newman for a performance that, while brave and bravura, really didn’t show off his true performance possibilities. That came two years before. For this reason, Newman was denied a trophy for his terrific work as a heroic chain gang member who challenges authority to his personal detriment. During the ’60s, the actor was desperate to reconfigure his “pretty boy” image and play more rough and authentic roles. Luke stood out, and he would have walked away with a trophy if it wasn’t for the aesthetic debt service owed Steiger. 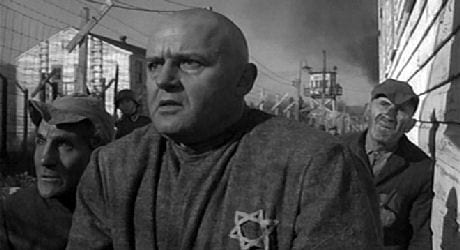 Rod Steiger (winner for In the Heat of the Night)
Should Have Won For… The PawnbrokerHere’s the movie Steiger should have won for (we are still trying to figure out why the Academy gave Lee Marvin the award for his slight comic work in Cat Ballou). As a Holocaust survivor struggling to protect a Latino boy in a gang filled East Harlem, he’s magical. For those who seen the film, there is no denying that Steiger gives a great performance. It’s a towering achievement that goes beyond mere acting. Thankfully, the film launched his career into the A-list. Sadly, since it was a decade removed from his previous defining role (as Marlon Brando’s brother Charlie in On the Waterfront), he had to wait until Heat to get his moment in the spotlight.

Martin Scorsese (winner for The Departed)
Should Have Won For… GoodfellasDirectors, for the most part, tend to get multiple shots at Oscar glory. John Ford received five nominations. William Wyler earned 12. 12. Let that sink in for a moment. Oddly enough, there are two filmmakers tied for second place with eight: Billy Wilder, and Martin Scorsese. Over the course of his career, you could literally pick and choose which movies the American auteur should have won for (Raging Bull, The Last Temptation of Christ) or ones he should have been nominated for (Taxi Driver, Alice Doesn’t Live Here Anymore). Looking over his credits, his win is clearly a mea culpa for decades of AMPAS mistreatment. He deserves to be tied with Wyler, frankly.

Stanley Kubrick (winner for 2001: A Space Odyssey)
Should Have Won For… 2001: A Space OdysseyWait, what? Huh? Stanley Kubrick has an Oscar, and it’s not for directing one of his many masterpieces? Indeed, the cinematic genius was nominated four times for the Academy’s highest honor for those behind the lens, and walked away without a single trophy. Nothing for Dr. Strangelove, A Clockwork Orange, Barry Lyndon, or what is arguably one of the greatest films of all time. Instead, he snuck in the back door, earning his accolade for participating in the creation of 2001‘s landmark special effects. It’s comparable to ignoring Orson Welles for Citizen Kane and, instead, giving him an honor for being the voice of the animated Transformers movie.

Oliver Stone (winner for Born on the Fourth of July)
Should Have Won For… JFKThe year 1990 was a troubled one for the Academy. It was a year when Driving Miss Daisy won Best Picture, while Spike Lee’s far more prescient race drama Do the Right Thing was relegated to a Best Screenplay/Best Supporting Actor nods only (it lost both). Hollywood’s shameful past regarding artists of color was finally coming home to roost, and the Oscars responded with safety. In that regard, Stone still deserved the award for his work. It’s superior to that of the others nominated. But where he really earned his cinematic stripes was with his truly epic examination of the Kennedy Assassination and the flawed Warren Commission follow-up. JFK deserved more than two technical wins.

Roman Polanski (winner for The Pianist)
Should Have Won For… ChinatownPutting aside his beyond troubling legal issues for a moment, there is no denying Polanski’s place as one of the world’s great directors. His films are always fascinating, and flawed, but his control of both content and creative reach is phenomenal. He turned Rosemary’s Baby from a page turner into a masterpiece, and worked the same magic on Robert Towne’s look at LA pre-WWII. Taking what amounted to a mystery and, instead, weaving a weird tale about sex, crime, and power, Polanski’s place in history should have been sealed by this effort. Instead, the filmmaker earned a place in infamy, and had to accept his award for the far less interesting The Pianist in absentia.

TAGS 2001: A Space Odyssey Born on the Fourth of July chinatown Cool Hand Luke Dog Day Afternoon eternal sunshine of the spotless mind ghost Goodfellas In the Heat of the Night JFK list this martin scorsese Michael Gondry Oliver Stone Scent of a Woman sidney lumet stanley kubrick steven spielberg The Color of Money The Color Purple The Departed The Pawnbroker The Pianist The Reader