A Shoppers’ Paradise: How the Ladies of Chicago Claimed Power and Pleasure in the New Downtown
Emily Remus
Harvard University Press

The presence of both men and women on city streets is taken for granted and expected these days, yet Emily Remus takes readers to a time when that was not the case: Chicago, at the turn of the 20th century. Two events, the Great Fire of 1871 and the World’s Fair Columbian Exposition of 1893, transformed the city. The devastated downtown was rebuilt in the aftermath of the fire, and expansion of the city’s infrastructure was accelerated by hosting the Exposition. Between 1870 and 1910, the population grew from less than 300,000 to nearly 2.2 million residents.

Remus says of Chicago: “no place figured more prominently in the national imagination at the turn of the century. And indeed, no city played a more decisive role in establishing a national culture of consumption.” Creating a culture of consumption in the city meant making space for shoppers, which meant integrating women into public life, in a downtown dominated by men. The woman discussed here are specifically wealthy, white women. Throughout A Shoppers’ Paradise, Remus explains the different circumstances for women of color and working class women who lacked the financial resources, social status, and leisure time to be “women who shop”.

Since shopping is broadly marked as part of the ethos of American women, it is important to consider that women once posed a spatial and cultural problem for the nation’s cities and retail centers. Remus notes that fashion became a national obsession in the 1890s, leading to a feminization of public life. She draws on the diaries of Frances Glessner as a primary source for her study of women’s lives in turn-of-century Chicago. A well-known philanthropist devoted to civic life, Glessner’s writing reveals that she preferred to shop alone. While sometimes in the company of other women, she felt no reason to have a man escort her through the city, which was certainly the norm at the time. Shopping, then, became one of the ways for women to establish their presence downtown as autonomous individuals engaging in public life. 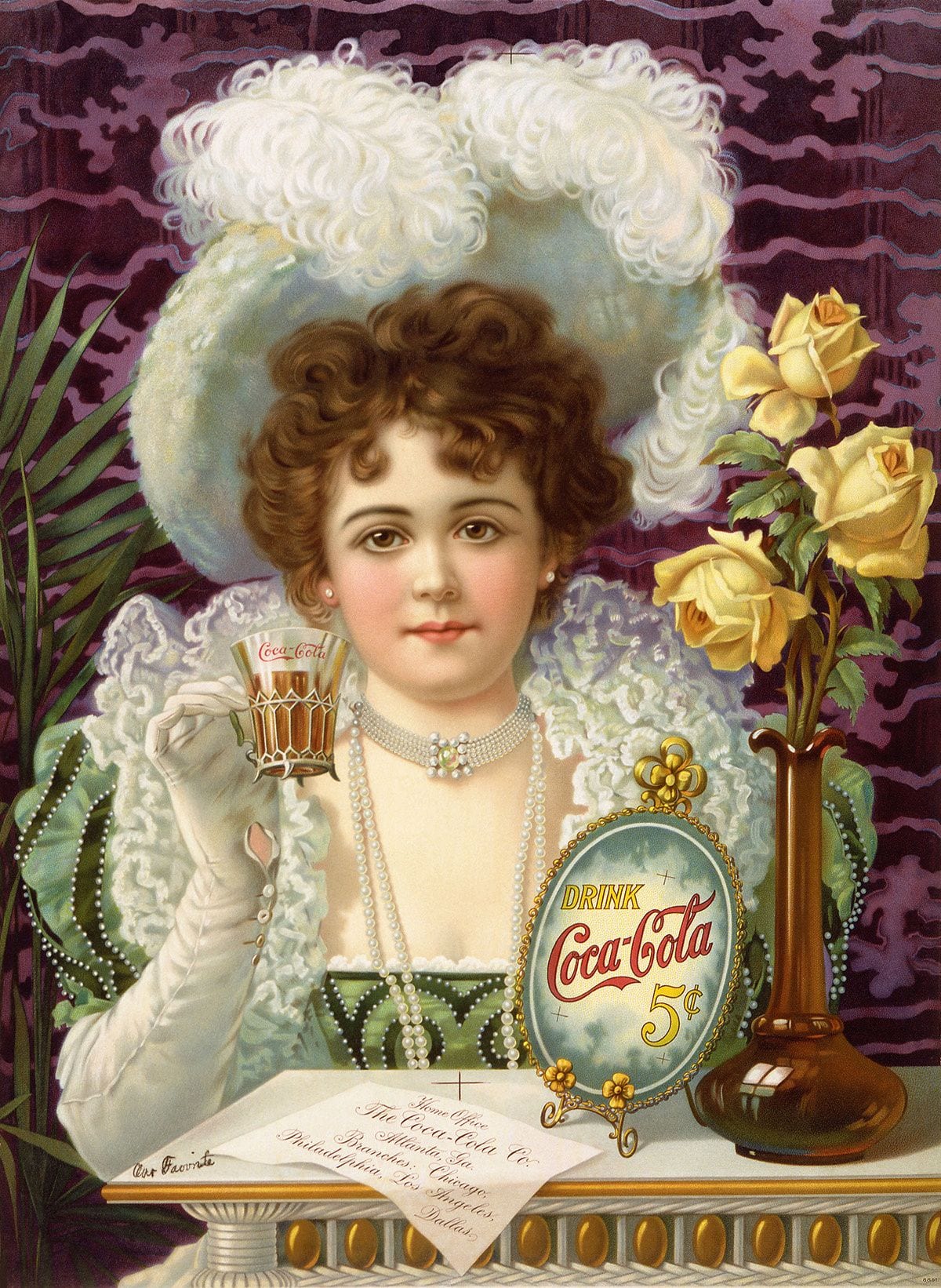 Remus richly details the hoopskirt war of 1893, an event that may surprise readers unaware of the fashionable item that wreaked havoc on public life. On one hand, the hoopskirts popular at the time took up a great deal of space as women who wore them traversed city sidewalks, store aisles, and streetcars. On the other hand, hoopskirts became an apt metaphor for men who took offense at the intrusion of women in public space. The massive skirts also worked in opposition to the expectations that women should not take up space. Obviously, this idea is still prevalent today, where women seeking equality have called out those who engage in manspreading, especially on public transportation.

Resolving the public battle over hoopskirts might have been a matter of legislation but instead became an issue of social pressure. Women who wore hoopskirts were condemned in newspaper editorials as being foolish and self-centered, inconveniencing others for their own vanity. Finally, the skirts faded out of fashion as they were deemed impractical. Next, however, came the theater hat problem. Imagine buying tickets to a live concert or play then being unable to see the stage because you are seated behind a woman wearing an enormous hat. As Remus writes, the “right of consumption conflicted with older codes of genteel sociability that called for deference to ladies in public — even ladies wearing exasperatingly high hats.”

Such was the fashion: women were expected to cover their heads in public, even indoors. Moneyed women, however, saw their hats as an essential statement of status and personal style. These women objected to the call for them to not wear hats at the theater, and many argued that the intended restrictions were another means to limit the presence of women in public spaces. Amid growing discord, the Illinois General Assembly passed a bill in 1895, making it a misdemeanor to wear a hat that obstructed another person’s view. Here Remus quotes journalist Mary H. Krout, reminding the reader that the bill unfairly targeted women, who had no recourse because they did not have the right to vote. 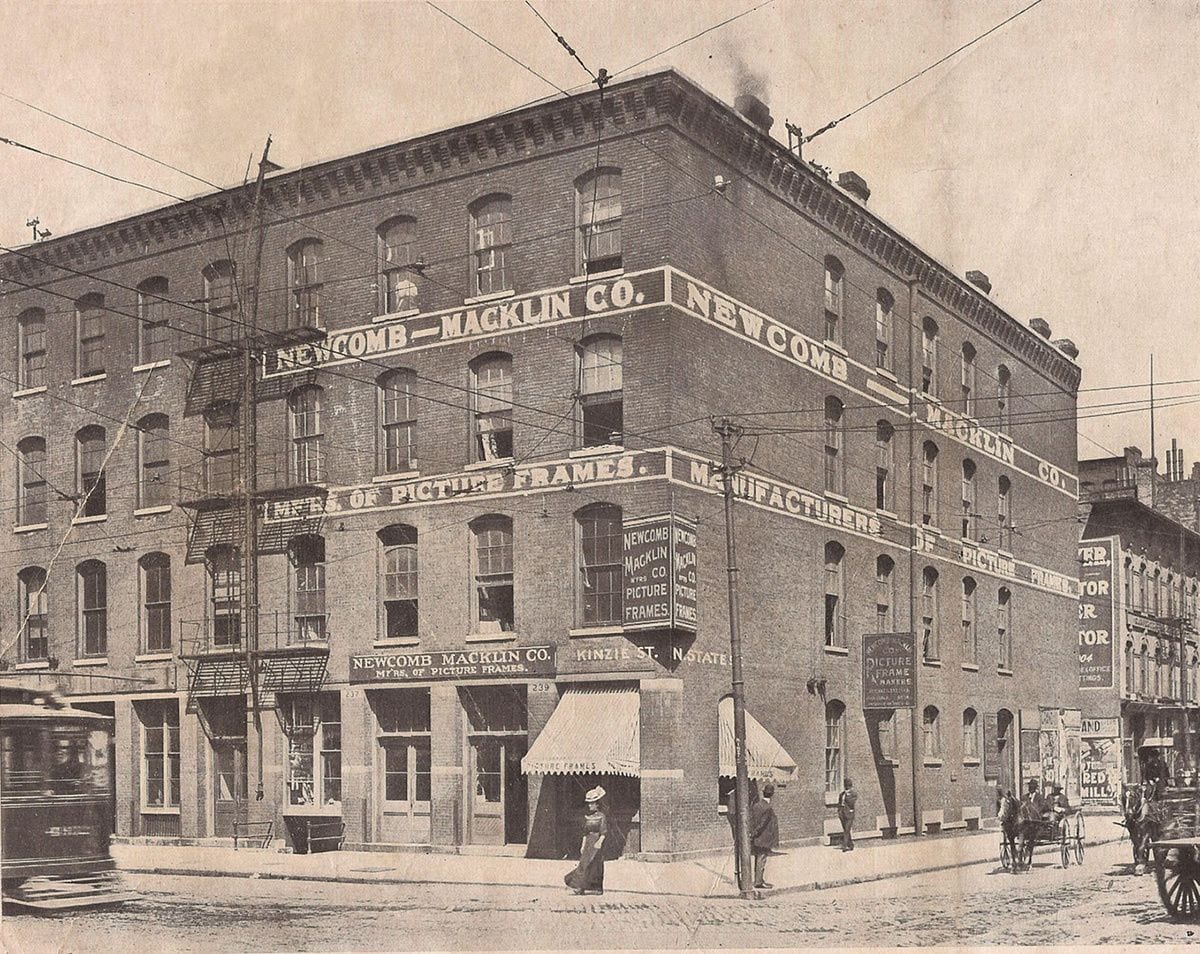 By Name of photographer is unknown – Newcomb-Macklin Company product catalog, 1900, Public Domain, Wikimedia.org (provided for PopMatters readers of this article – not from Shoppers Paradise)

Each of Remus’s chapters takes up a conflict that arose because of the growing presence of women in public life, and each shows her extensive research and skill for detailing historical narratives in an engaging manner. Following hoopskirts and theater hats, she addresses “tippling women” and the displeasure many men felt about moneyed ladies drinking alcoholic beverages in public. As the presence of women shopping downtown became more commonplace, restaurants, tearooms, and department stores capitalized on their presence by offering refreshments and opportunities to sit and chat with one’s friends. Public drinking was considered a man’s pleasure, and a luxury that women should engage in only at home or at a private dinner, in moderation. As we see through Remus’ histories, the actions and behaviors of women in public were deemed contentious because men disliked their very presence in downtown, where they were accustomed to having free reign.

As Chicago women continued to move through downtown, they were also subject to street harassment. Gentlemen called “mashers” would loiter in the shopping district and victimize unescorted, moneyed women by following them, touching them, and speaking to them, without invitation. Remus relates several stories of women who were harassed yet little was done to remedy the situation. Police dismissed street harassment as a nuisance, and others who were indifferent to mashers argued that women brought the attention upon themselves. John M. Collins, the chief of police, suggested that the problem would be solved if women would simply stay at home. Remarkably, these attitudes recall perspectives on sexual assault today that basically blame women rather the men who attack them.

Many of the difficulties regarding conflicting use of public space were resolved by Daniel Burnham’s Plan of Chicago, published in 1909. Yet through the 20th century, as the city continued to grow and evolve, as motorized vehicles created new traffic problems, and as the suburbs surrounding the city changed the population and business concerns, new conflicts arose, as would be expected. A driving force in these changes was the growing role of women in public and professional life. Women continue to shop, but they are also leaders in business, politics, the arts, and urban life. A Shoppers’ Paradise helps to demonstrate how women participated in the transformation of Chicago’s culture simply by establishing their presence in public spaces.