Ben Berman’s feature directorial debut centres on The Amazing Jonathan, a magician and comedian who retired when he was diagnosed with a terminal heart condition. Doctors only gave him a year to live, yet three years on the magician is still alive, and with the documentarian in tow, he decides to resurrect his act and hits the road for a comeback tour. When Jonathan reveals that there is another documentary crew, Berman finds himself in a conflicted situation, forced to negotiate this competitive reality that becomes only more complicated. He sees his film morph into a meta-documentary.

Prior to The Amazing Jonathan Documentary (2019), Berman has directed the Sundance Short Film Grand Jury Prize nominated short, I’m a Mitzvah (2014), centring on a character stranded overnight in Mexico with his deceased friend. That was followed two years later by How to Lose Weight in 4 Easy Steps (2016). He has also directed multiple episodes for TV series, including Lady Dynamite (2016-17) and Man Seeking Woman (2015-17).

In conversation with PopMatters, Berman discusses tempering the determination of his authorial vision, the unorthodox nature of his documentary, and his desire for film and criticism to emulate the nuance of life.

It was literally having a home video camera around my house when I was growing up… I took to it and I made little videos, and one thing led to another. I wanted to make movies. I was very young when I decided that this is what I wanted to do.

Filmmakers have described the craft has a constant learning curve. How has the way you see and feel about the craft changed through your filmmaking experiences?

…You can absolutely begin one project as one person and end it as someone totally different, and that’s the case with this movie. I am the same person, but as a filmmaker, I am now able to deal with the unknown.

In the past, especially in my experience with narrative comedy television work, I would start a project, and I would do all the prep work. I would make so many decisions ahead of time on my own, and then I’d show up to set and try to actualise my plan. Sometimes it would work and sometimes it wouldn’t.

Picking up on your point about being receptive to reality, is a film an organic entity that exists independently of the director as author?

With The Amazing Jonathan, in Q&As people ask me, “How much of the movie is about what’s real and what’s not? What’s truth and what’s illusion?” And, “Some of the stuff in your movie feels so unbelievable I am questioning now if your movie is actually real, or if you manipulated the whole thing?” That then starts or continues the conversation. I love movies that continue after the credits roll, and live on in questions and in comments. 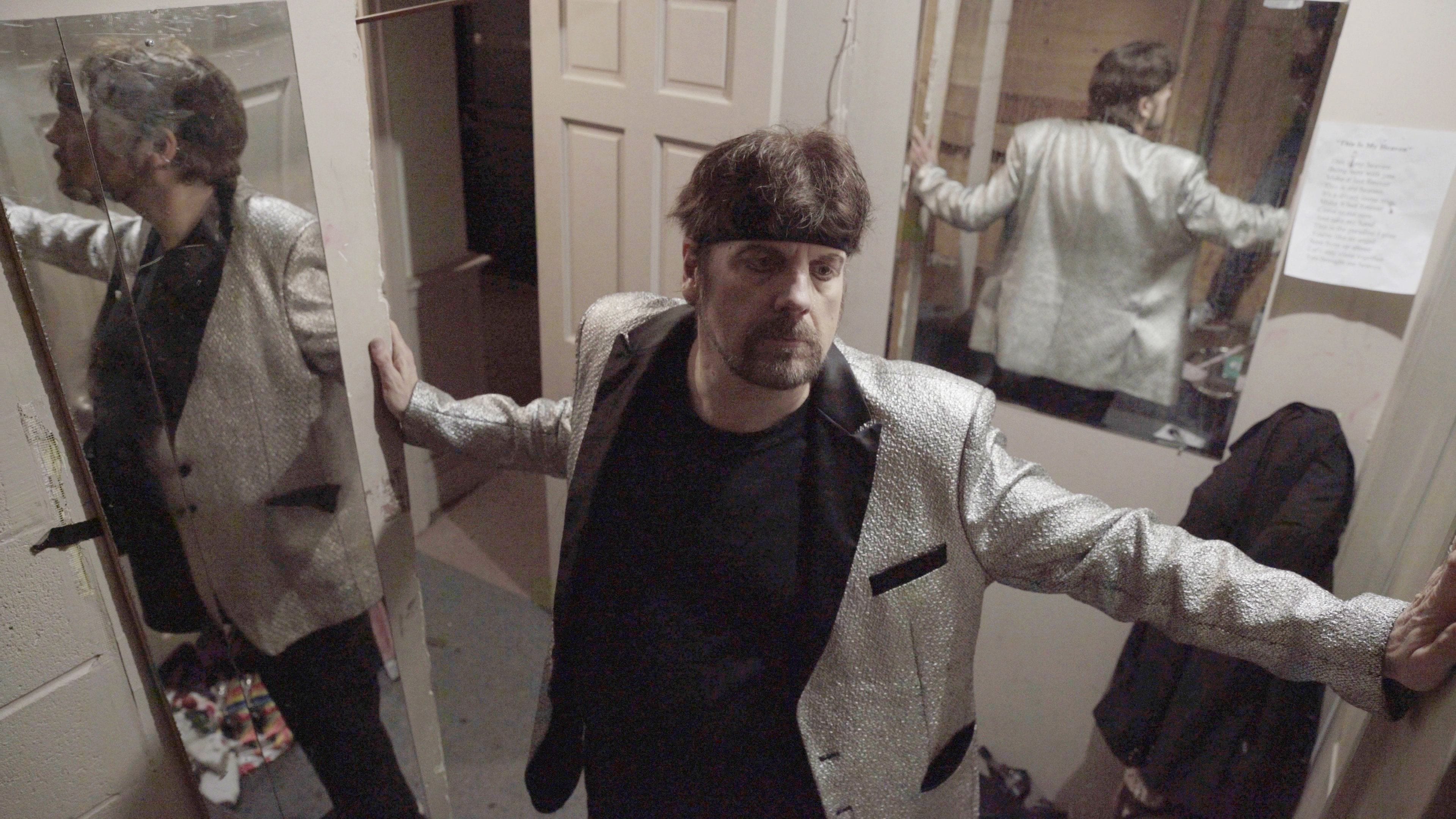 The final pre-credit image as you look into the camera is a silent communication between you and the audience. While the film raises questions of truth and fiction, this moment allows us to question the role of compromise. Is the artist beholden to the subject? While a single and brief moment, it’s a strikingly important one.

I like everything you said about that, and I love that you say it’s a silent communication between me and the audience. I’ve never thought about it that way. What that moment is, in my mind, is the effect of witnessing Jonathan rush in and tell his mother about the good news [Simon Chinn agreeing to be an executive producer]. The effect that has on me, in connecting it to my family back story with my mother.

Here’s something that you might appreciate. I entered the movie making a documentary about The Amazing Jonathan, then it becomes a documentary about documentary filmmaking and the ethics and questions surrounding it and my search for truth. But then it ends on such a small finite point that has nothing to do with any of that. That point is we all just want to make our mothers proud [laughs], which is such a different idea than anything else in the movie, but I believe it somehow works.

In one sense it’s about Jonathan, but at the same time it’s about you as much as the process of making a documentary film. While you and Jonathan are, of course, different personalities, it’s an idea that speaks to how we are more connected to others than we may realise.

I feel like this movie is pretty unorthodox in everything that you just said, and it’s true. What begins as one thing becomes something else, then becomes something else, and that’s more the way life works. Life doesn’t work so cleanly as other documentaries make it seem. Someone’s story can relate to someone else in a whole different way, and one thing morphs into another. 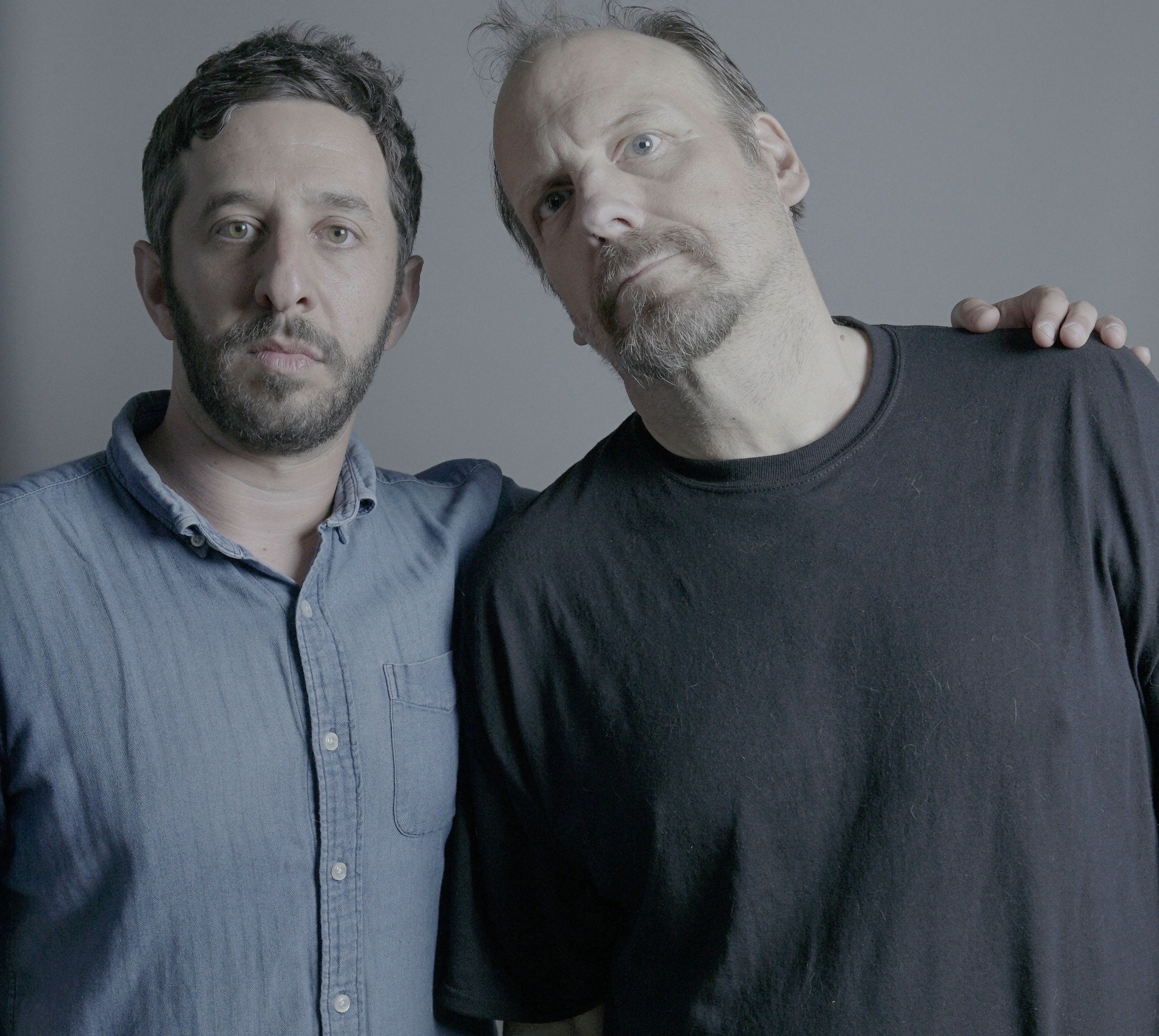 Ben Berman and The Amazing Jonathan (Courtesy of Premier Communications)

There are conversations in the film about the competitive nature of filmmaking. Producer Simon Chinn observes how unhealthy the competition is. How important is it to create, and not just for the sake of creating, or documenting, but to offer a discourse?

I think there are probably some films out there that only have one thing, and I think that’s, this is a documentation of this person at this time, or, to look back at this person’s life and boom, there it is. It’s one layer. But what elevates docs is when it has those two elements…

Three Identical Strangers (Wardle, 2018) is a great example of this because you have the story, which is really cool in it’s own way. But then the reason that I truly love that movie is because of the bigger questions that it asks regarding nature versus nurture. This huge theme that isn’t just about the individuals in the story. It relates to all of us.

So in this doc, we have a film about Jonathan who is this magician and comedian, and sure we have the chaos of the other crew and all the other stuff. Those are the small things. But the big things are about mortality and legacy, and exploitation. These big themes could be themes to any other movie, and any other character.

The media and film criticism are guilty of oversimplification. For example, ITV here in the UK want to host an election debate between the leader of the government and the opposition party, rather than include leaders from other political parties. Meanwhile, film criticism is becoming increasingly reactionary in response to cinema. There’s a race to react and it causes failure in truly understanding a film or its filmmaker’s intent.

From the adversarial narrative of political coverage to reactionary film criticism, our collective interest in these themes you speak so passionately about is being stifled, and consequently, so too is a broader desire to expand our cultural and social understanding.

Well, I appreciate that and I agree. I think to that point it’s weird, because this is something I’ve been thinking about in regards to film criticism.

If we are judging it on the black or white model, yeah, it’s a terrible documentary. But I would like to think it’s great art [laughs]. It looks nothing like other documentaries, but if you free yourself from, I am watching a documentary and it should be this thing, then maybe you could have a good time with it.

And also to your point regarding film criticism, I’ve talked to some critics about this and I think Rotten Tomatoes is a fine experience, but the fact that a critic writes a whole review and then it’s just boiled down to “good” or “bad”, a red tomato or green tomato is oversimplifying it. There’s much more nuance in life.