Did You Wonder Who Fired the Gun?
Travis Wilkerson
Grasshopper Film

“In 1946, my great-grandfather murdered a black man named Bill Spann and got away with it,” explains Dothan, Alabama native Travis Wilkerson at the start of his new essay film Did You Wonder Who Fired the Gun? Setting the tone for the investigation that follows from this blunt disclosure, he adds: “Trust me when I tell you this isn’t another white savior story.”

Those unprepared to take such assurances on faith are not wrong to be wary. On the one hand, Wilkerson is too smart to turn this story into the kind of “racial reconciliation fantasy” that’s obstinately proffered (and Oscared) by Hollywood year after year. On the other hand, though, melodrama is hardly the only pitfall here. And, unfortunately, Did You Wonder Who Fired the Gun? often serves as a reminder that there are many different kinds of mistakes white filmmakers can make when telling stories about racism in the United States.

It’s a shame, too, because Wilkerson, who has been called “the political conscience of American cinema” by Sight & Sound would seem uniquely suited to focus his lens on white supremacy. He positions his work within the radical, international film movement known as “Third Cinema”, and he has endeavored to “[wed] politics to form in an indivisible manner” throughout his career. In addition, his best-known film, 2002’s agitprop documentary An Injury to One, is generally acknowledged to be one of the great works of nonfiction cinema produced in the last quarter-century (and rightly so).

Formally speaking, Did You Wonder Who Fired the Gun? bears a strong resemblance to that master work: in both, there’s a compelling personal connection to the material, hypnotically cinematographic considerations of landscape, rhythmic juxtapositions of text and music, and voiceover narration. If none of it is as effective in this new film, though, issues of content have quite a lot to do with why that is.

To be sure, the filmmaker is roiling with white guilt. Some of it is generational in nature — specifically, his distress over the sins of that aforementioned great-grandfather, S.E. Branch. A grocer, Branch shot Bill Spann, who had come into his store, in what he later claimed was a defensive measure. Spann died at a segregated black hospital two days later, and Branch was charged with murder. The charges were quickly dropped, however, and life returned to normal for Branch. Between the complete lack of punishment, the suspicious dearth of public information about the case, his family’s whispers, and the realities of life in the Jim Crow South, Wilkerson concludes that his great-grandfather committed a racist murder and got away with it scot-free.

In addition, the filmmaker also struggles with the neo-Confederate views of an aunt he reconnects with, and systemic racism in general. But while sitting in the discomfort of all of this might feel like a bad dream to Wilkerson, the real nightmares are suffered by those outside of his experience. Indeed, as a friend observed at a screening of the film that we attended together: though it claims to be a white nightmare, Did You Wonder Who Fired the Gun? is really all about black nightmares.

The film dedicates a lot of its 90-minute run time to stories of black suffering. As it turns out, the murder of Spann was far from the only act of stomach-turning, racist violence committed with impunity by Branch. In addition, because of its geographic and historical proximity to Spann’s death, Wilkerson revisits another Dothan-area crime — one that wasn’t covered up: the infamous kidnapping and rape of Recy Taylor by six white men. In its creative use of intertitles and music, Did You Wonder Who Fired the Gun? also asks its audience to reflect upon and literally “say the names” of those who unjust deaths have brought attention to the violence that is still inflicted on Black communities today.

Of course, there are tasteful limits to this sort of performative contrition; a little goes a long way. Furthermore, centering whiteness, however unconventionally, is still just that — centering whiteness. But with the exception of an anomalous digression in which civil rights activist and community elder Ed Vaughn is allowed to speak at length, Wilkerson gives no indication that he appreciates the limitations here; Did You Wonder Who Fired the Gun? is a stubbornly inward-looking film, especially considering its subject matter.

Perhaps Wilkerson felt that this was his best option, since we ultimately don’t learn many more details about Branch or Spann than those contained in this review. Presenting the holes in this story, and recounting other obstacles in the telling, also clearly illustrate the conspiracies of silence and other systems of oppression to which Did You Wonder Who Fired the Gun? is trying to call our attention.

On the flip side, though, they also raise questions about the filmmaker’s research process. Writing in Variety about the search for information about Spann specifically, Jay Weissberg rightly asks: “Did he go to all the black churches in the county? Did he question all the longtime African-American residents he could find? If so, why aren’t we seeing that? It would have given the documentary a true sense of black lives in the region rather than what we get: one black death, kind of placed in context, with Vaughn and one African-American woman who lives next door to Branch’s former store acting as the lone voices of an otherwise stifled community.”

To be fair, there are ethics of safety to consider: at least one other interviewee, a black woman, is neither recorded nor identified because of her fear of retaliation. At another point in the film, Wilkerson expresses the reasonable belief that he himself is being pursued by the local faction of the Ku Klux Klan.

Still, the answer to all of these challenges cannot be to double down on navel-gazing. Particularly irksome are the moments when Wilkerson descends into outright self-flagellation. There is much hand-wringing, for example, about how “[he] got paid to” make his film with “an expensive camera.” Given that’s it been over fifteen years since Whitney Dow and Marco Williams’s visionary 2002 documentary Two Towns of Jasper — in which the filmmakers decided that an all-black crew and an all-white crew should work in tandem in order to better tell the story of James Byrd, Jr.’s 1998 lynching, and the subsequent prosecution of his killers — this feels like a serious failure of ingenuity; especially now, a white filmmaker should not be asking audiences to watch him feel sorry for himself. If Wilkerson is truly bothered by his situation, and wanting to offer a more robust picture, then he should probably be sharing the camera with other filmmakers. (He is certainly no stranger to collaborative undertakings, having been one of the directors who contributed to the 2012 anthology film Far From Afghanistan.) 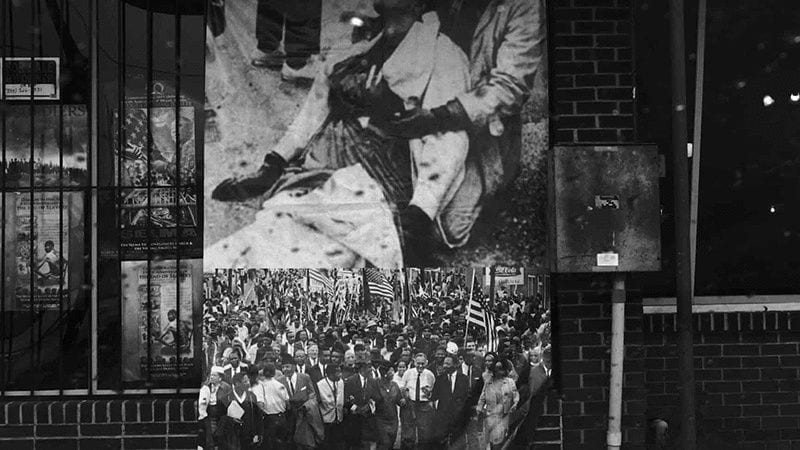 There are other, similarly frustrating aspects of Did You Wonder Who Fired the Gun? as well. The narration, for example, has issues beyond those discussed above: it vacillates wildly between being genuinely insightful and interesting, far too on-the-nose, and surprisingly unthinking. (“Do black lives matter in this Confederate cemetery?” has to be one of the more ill-considered lines of dialogue in recent memory.)

It’s also very unclear who exactly Wilkerson’s intended audience is. For instance, while Rosa Parks’s connection to the Dothan area is a noteworthy aspect here, why is her work for the NAACP presented as a showstopping revelation? It might be a surprise for some, but definitely not all audiences. The same is true for how he handles the thought that there might be connections between racial and sexual violence. Even a lot of other filmmakers have been pondering this of late — including Ava DuVernay as part of her essential 2016 documentary 13th.

Some of the music cues in Did You Wonder Who Fired the Gun? raise concerns about cultural appropriation as well. If the film’s repeated use of Janelle Monáe and Wondaland Records’s “Hell You Talmbout” doesn’t feel like something of an arrogation, the meddling with Billie Holiday’s “Strange Fruit” probably will: in one moment, Wilkerson plays the song backwards for effect, but with little regard for matters of power, privilege, and difference. As film programmer and writer Sarah-Tai Black puts it in an exceptional piece about the film: “…I wonder if Wilkerson realizes that utilizing radical embodied blackness as a formal device is much different than utilizing black history as a narrative one. I wonder if he realizes that in doing so he has appropriated our resistance as aesthetic methodology and further interpolated whiteness into our most radical forms. I wonder to what extent he realizes that we have always known and never had to wonder.”

In spite of its deficiencies, Did You Wonder Who Fired the Gun? manages a few good points. Among other things, Wilkerson raises important questions about fellow Alabamian Harper Lee’s novel Go Set a Watchman, which was published to controversy and very mixed reviews in 2015. Because the book so complicates the character of Atticus Finch, the archetypal white savior of Lee’s iconic 1960 work To Kill a Mockingbird, Wilkerson justifiably wonders: how much of the negative reception actually has to do with the book troubling complacent, white liberal fantasies about race in America?

Early in the film, Wilkerson draws a clear distinction between these “liberal” narratives and “radical” ones, classifying his film as one of the latter. This differentiation is helpful, especially considering that nominally “liberal” politics and policies have frequently exacerbated racial inequities in the United States. (Again, see DuVernay’s 13th for a solid primer here.)

It should go without saying but truly radical, anti-racist cinema probably won’t be produced in a vacuum. To Wilkerson’s credit, questions are a good place to start. The ones that white, activist-minded filmmakers most urgently need to ask, however, are those they might not want an audience for. 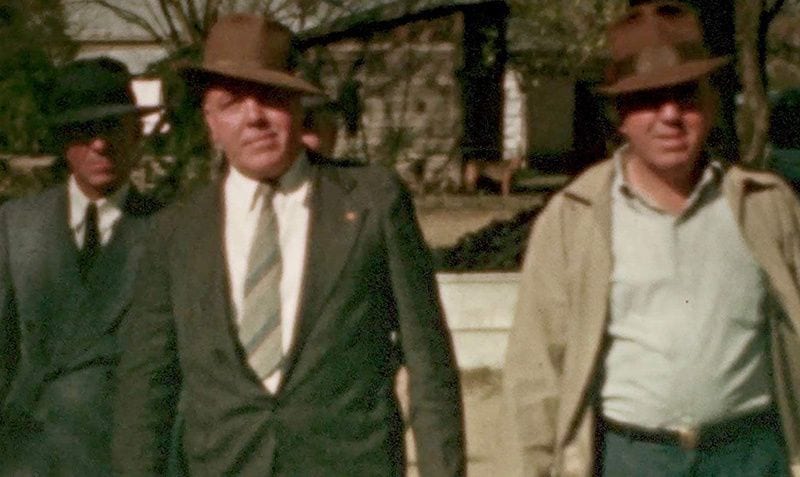