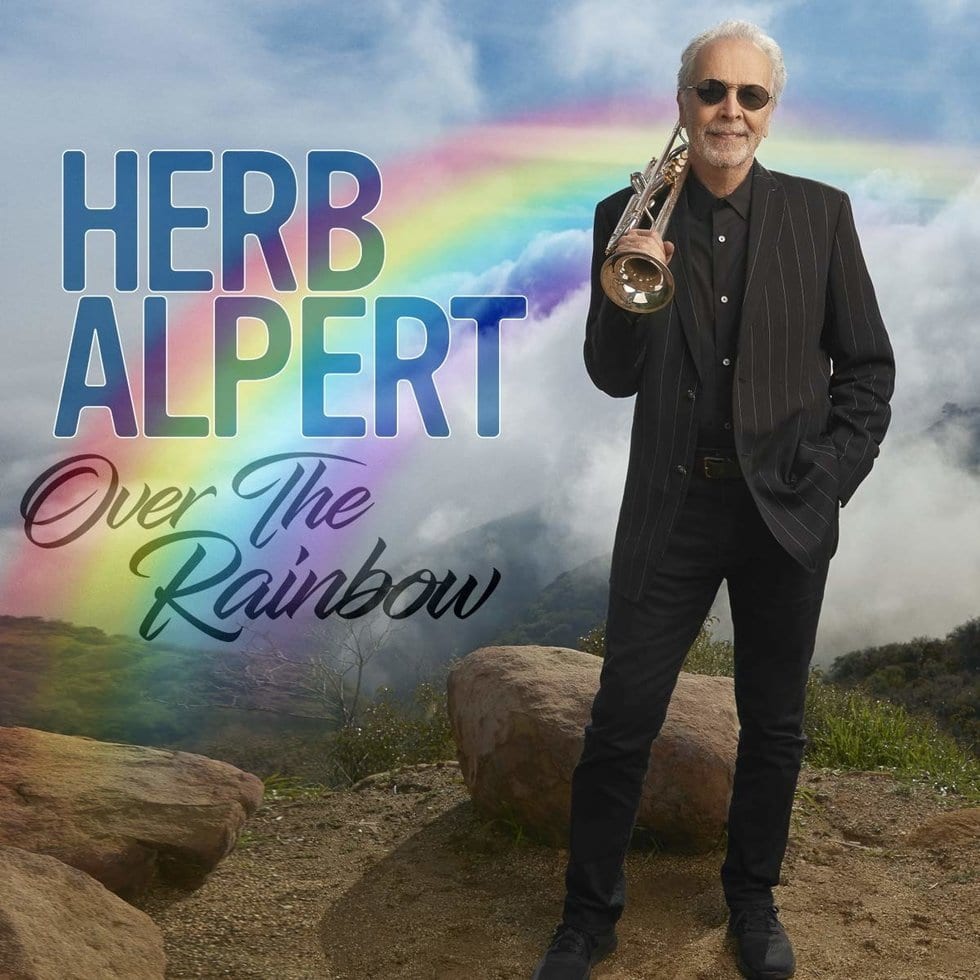 There’s a well-worn cliché that suggests certain artists need no introduction. Trumpeter Herb Alpert rightfully stands in that category, though taking a moment to marvel at his career and accomplishments might help us better understand his artistic magnitude. His early years included work with masters such as Sam Cooke before he founded Tijuana Brass in the early 1960s. With that outfit, he recorded a series of unassailable classics, including The Lonely Bull (1962), South of the Border (1964), and Whipped Cream and Other Delights (1965).

The last LP has become permanently cemented in American popular culture, an album that, sooner or later, everyone has heard and nearly just as many have owned. A series of Grammy Awards and prominent singles fell in line along the way. So, too, did Alpert’s role as a music industry mogul. Alongside fellow musician Jerry Moss, he created A&M Records in 1962, amassing a roster that included Peter Frampton, the Carpenters, Cat Stevens, Bryan Adams, and the Police.

By the time PolyGram acquired the label in the late 1980s, A&M’s reputation as a place for artists with singular talents (and a penchant for hits) was solidified. Alpert and Moss left the label entirely a few years later with the former continuing to focus on his recording career, releasing a string of albums, including his latest, Over the Rainbow.

Now 84, Alpert remains focused on the present and the future. His acts of philanthropy are well-known in the musical and artistic world, and he performs roughly 50 live dates a year with his wife, Lani Hall. Over the Rainbow has earned him his latest chart-topping record.

This new recording finds the music veteran covering a wide range of classics from the titular piece to “Always on My Mind”, the Johnny Christopher, Mark James and Wayne Carson-penned piece that became a major hit for Willie Nelson in the early 1980s. There’s also an original composition, “Skinny Dip” that recalls some of Alpert’s finest work and demonstrates his penchant for finding intriguing melodies.

Despite his continued success in the pop world, Alpert very much sees himself as part of the jazz tradition, expanding upon the original compositions and taking them to new heights. If Over the Rainbow has contemporary touches, he notes, it’s not because he’s following trends, it’s because he’s continuing to set them.

Alpert recently spoke with PopMatters about the making of this latest LP while pausing along the way to reflect on his storied career.

When did you know that it was time to make a new album?

I’ve been making an album a year for the last several years. It’s just another album of songs that I enjoy playing. It’s all about melodies and feelings. I always try to find melodies that are familiar to people and to do it in a way that’s different than they’ve heard it before.

Tell me about “Skinny Dip”, which leads things off.

That morphed into a lot of different things. I heard the guitar player play a lick that fit with how I wanted to play the melody, and so I played the melody from that. It developed itself.

Do you listen to a lot of contemporary music?

Not really. I listen to jazz a lot. I like free-form music. I think the whole key is to find your own voice. I know I have my own voice. Miles Davis said, “You hear three notes, and you know it’s Herb Alpert.”

Do you pick up your horn and play every day?

I do. I started playing when I was about eight years old. The trumpet was my dear friend because I’m an introvert. When the horn started talking, it was saying things I couldn’t get out of my mouth. It’s taken me a long way.

Do you think, “Where can I go? What notes haven’t I played before?”

There are two types of musicians: The ones who are playing exactly the right notes. They’re good. They’re very precise. They know all the chords and the changes and everything they have to know. Then there are the other players. Those are the jazz musicians. They’re the ones that are not concerned about whether you’re going to like it or not. They do what they have to do. I fall into that category. I’m not trying to impress anyone. I’m trying to express myself in a way that makes me feel good. When I feel good about it, that’s good enough.

When we hear John Coltrane play “My Favorite Things”, it’s always different. Is that fun for you, to find different angles within a song?

Was live performance something that you took to easily or did you have to work at it to find your way?

Playing live was how I was able to make $30-40 a night. When “Lonely Bull” hit, which was the record that started A&M, I got a little more confident with what I was doing.

How cool is it to be able to play music with your wife?

It’s super-cool. She’s an angel. I auditioned Sergio Mendes and Brasil ’66, and Lani was the singer. We became good friends before anything else happened. She’s an amazing artist and an amazing human being.

“Over the Rainbow” is a tune so deeply embedded in the culture. Did you have moments of saying, “I don’t know if I want to touch that? If I do, I have to get it right”?

You do one of my all-time favorite tunes on this album, “Nature Boy”.

I knew Eden Ahbez, who wrote the song. He used to come up to A&M before we moved to Chaplin Studios. I really admired him. He was the real nature boy. He used to tell me about sleeping outside in Laurel Canyon with his wife and kid. He wrote a song for Sam Cooke called “Lonely Island in the Middle of the City”. Eden wasn’t a musician’s musician. I think he played a little guitar, but I never heard him play. He wrote an amazing last line, “The greatest thing you’ll ever learn / Is just to love and be loved in return.” I think that puts a button on everything we need to know.

You also recorded “Always on My Mind”, which people associate with Willie Nelson. He’s such an interesting player. He’s as much jazz to me as he is country at times.

Do you have a list of albums that you want to do in the back of your mind or do you just work year-to-year and see what you come up with?

Usually, it’s the latter. But I did two albums with Hugh Masekela. There are a few songs in there that I want to re-do with a big band.

I love those records. How did you relationship with Hugh develop?

He was an unusual guy. He had a very interesting sound. He was basically a jazz musician. But he had this South African sensibility, and we got a band together. Some of the guys were from Botswana. We traveled around a lot. I learned a lot from him. He was very natural, very open, very of-the-moment. There was a song we did on that first album called “Moonza” that was really excellent, and we have a recording of “Skokiaan” that is, I think, the best recording of that tune.

You have occupied an interesting place in music history because you’ve crossed boundaries in music. I think that people who bought KISS albums in 1979 were just as likely to buy Rise.

I hear you, but I never thought of myself as a pop artist. When I recorded all those songs that became hits, I never looked at the music to play it exactly the way it was written. I think my style isn’t rigid. It’s loose. Even though it was poppy in the material, it was more fun than that. I thought of it as different.

There were people who tried to take my sound and orchestrate it and play it, but they were playing it verbatim from how it was written. They didn’t have the one thing that all artists have: Feel. That’s what it’s about. Anyone who hangs on for any amount of time has that extra dimension. This is something I learned from Sam Cooke when I worked with him. It ain’t what do you do; it’s the way how you do it.

Was that your mission with A&M, to find people who carried that kind of authenticity?

We were never looking for the beat of the week. We were looking for Cat Stevens. People who had that extra something. The Police. Even the Carpenters. I signed them. They were not the kind of music I would normally listen to, but I felt their realness. I understood that that was the music they wanted to make, and they did it with love and care. We had jazz artists on the label that were amazing too: Stan Getz, Paul Desmond, and Gerry Mulligan.

Do you miss it?

When we started, it was just the two of us in my garage. Then it was three. We had picnics, and we knew everyone there. When we sold, there were 500 people working for us around the world. I don’t miss that. It got hectic. I had notoriety, and it became tougher to be around. The industry took a dramatic change with the zeroes and ones. If we tried to start A&M in today’s environment, we’d have no chance. I don’t know if I’d get a start as a trumpet player. But I keep doing this because I’m having fun.