Tonta begins with a typical teenage story of a crush, but quickly reveals itself to be a narrative of a family, with all the dysfunctions and the complicated feelings families breed. Tonta, fully embracing her nickname when her real name, Anoush, means “sweet” (“I’d rather be called stupid than sweet! Ewg!”), is as rebellious and impulsive as many of Hernandez’s best-loved characters. She fights with her older sister, Vivian, hangs out with both the ugly outcast known as the Gorgon, and her less defiant friend Gomez. She gets caught up in a family drama that includes siblings she didn’t know she had — and a mother on trial for murder.

There’s a lot of storytelling that’s packed into only 100 pages. But it never feels as if we’re missing anything or that we’re overwhelmed with too much. That’s not an easy balance to achieve, but Hernandez pulls off confidently. For example, Tonta’s unusual friendship with the Gorgon mostly occurs at secret place in the woods. Here, the Gorgon observes her classmates and others from afar. When they meet, he imparts cryptic knowledge to Tonta. Their relationship is sometimes seemingly one-sided, and Tonta may often appear thoughtless, but their interactions are some of the more innocent in the story. Their time together is but one of the ongoing threads in Tonta, and it’s woven in amongst some very different themes seamlessly.

Similarly, Tonta’s friendship with Gomez includes teenage moments that are a break from the complicated dynamics of her family. When she becomes fixated on discovering more about Coach Rivera, and her secret life as a luchadora, she drags Gomez along for the ride. Any high schooler would be in a teacher’s private life. Taking part in it becomes a fun adventure for the two. It’s in both of these friendships — with the Gorgon and the Coach — that we get glimpses of Tonta the teenager. She’s funny and silly and curious, and ultimately, it’s impossible not to like her.

When the story shifts to the more dramatic family moments, things in Tonta’s life invariably become more serious. When her stepfather is shot in their home and her mother is accused of hiring someone to do so (she may have also done the same to previous husbands), Tonta’s erratic family life is more starkly revealed. While she and her younger sister, Muñeca, still live at home, she has older siblings who have less than positive relationships with their mother. Violet, Vivian, and Ish all appear to be estranged from their mother, though their bond as siblings remains, even if they don’t appear to be as strong in the beginning. It’s in a flashback at the end of the story that their connection is made more clear. It’s a genuinely moving moment in the story.

Even as the family is embroiled in so much drama, Hernandez includes moments of levity. When Tonta goes to visit Vivian, there’s a whole subplot involving a mob-like figure and his henchman. Yet, Tonta spends her time trying on Vivian’s underwear and snooping through her things rather than being afraid. The sisters fight like siblings do. This is a reminder that Tonta is still too young to not fully understand the gravity of Vivian’s situation.

There are moments throughout Tonta that are imbued with youthful hopefulness and carelessness, a Hernandez specialty. And yet, there remain moments of real heartbreak and sadness. It’s in so deftly switching between the two that Hernandez crafts a relatable story, even as hitmen and high school shenanigans mix. Indeed, Hernandez conveys an exuberance and vitality in his characters that make them easy to relate to and sympathize with. They’re fleshed out in both the writing and the art, making them come alive instantly and viscerally. Whether it’s jumping in the lake with the Gorgon, or stalking Coach Rivera, or dodging bad guys, Tonta comes across as a believable character. Tonta is another wonderful entry into the Hernandez pantheon. 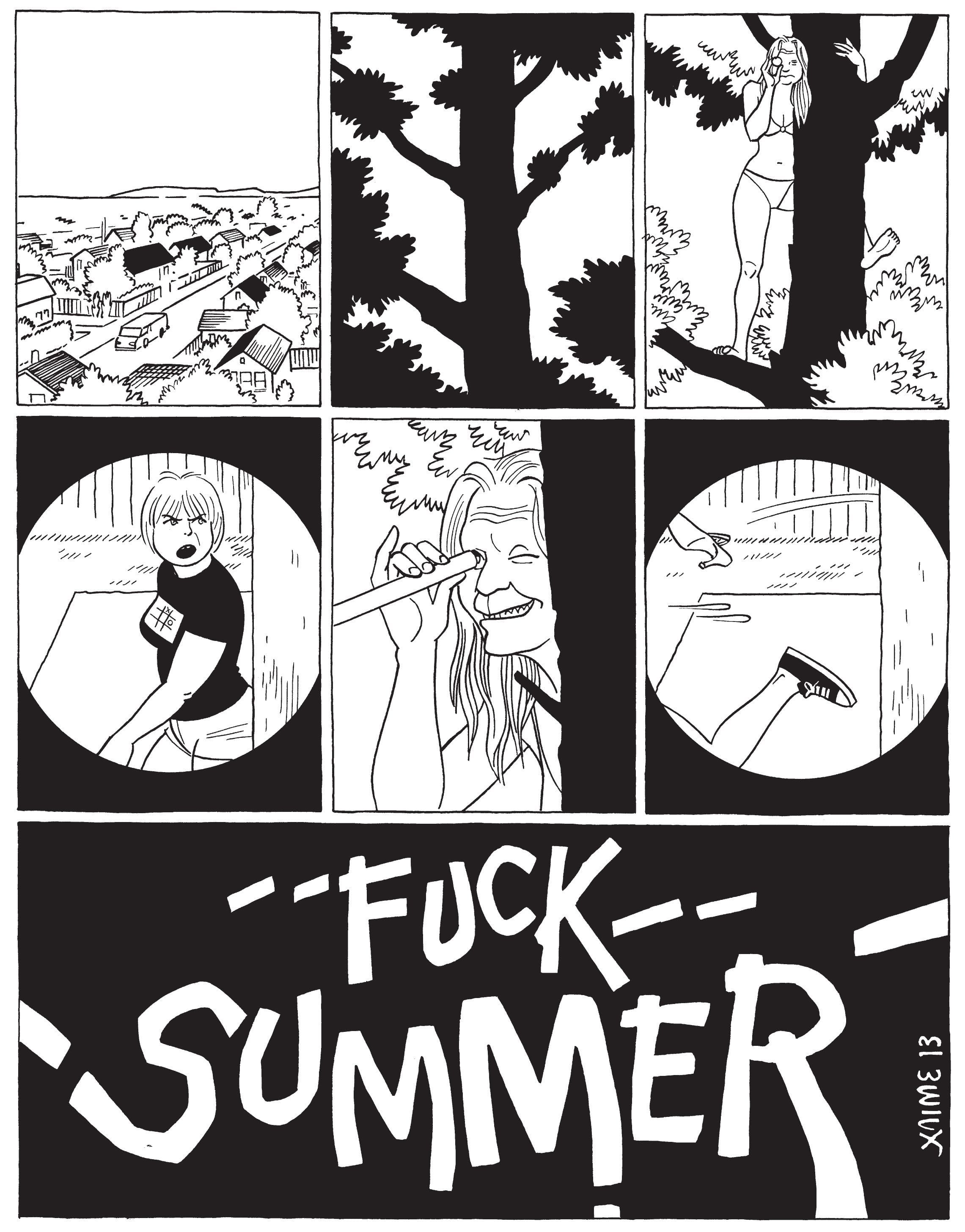 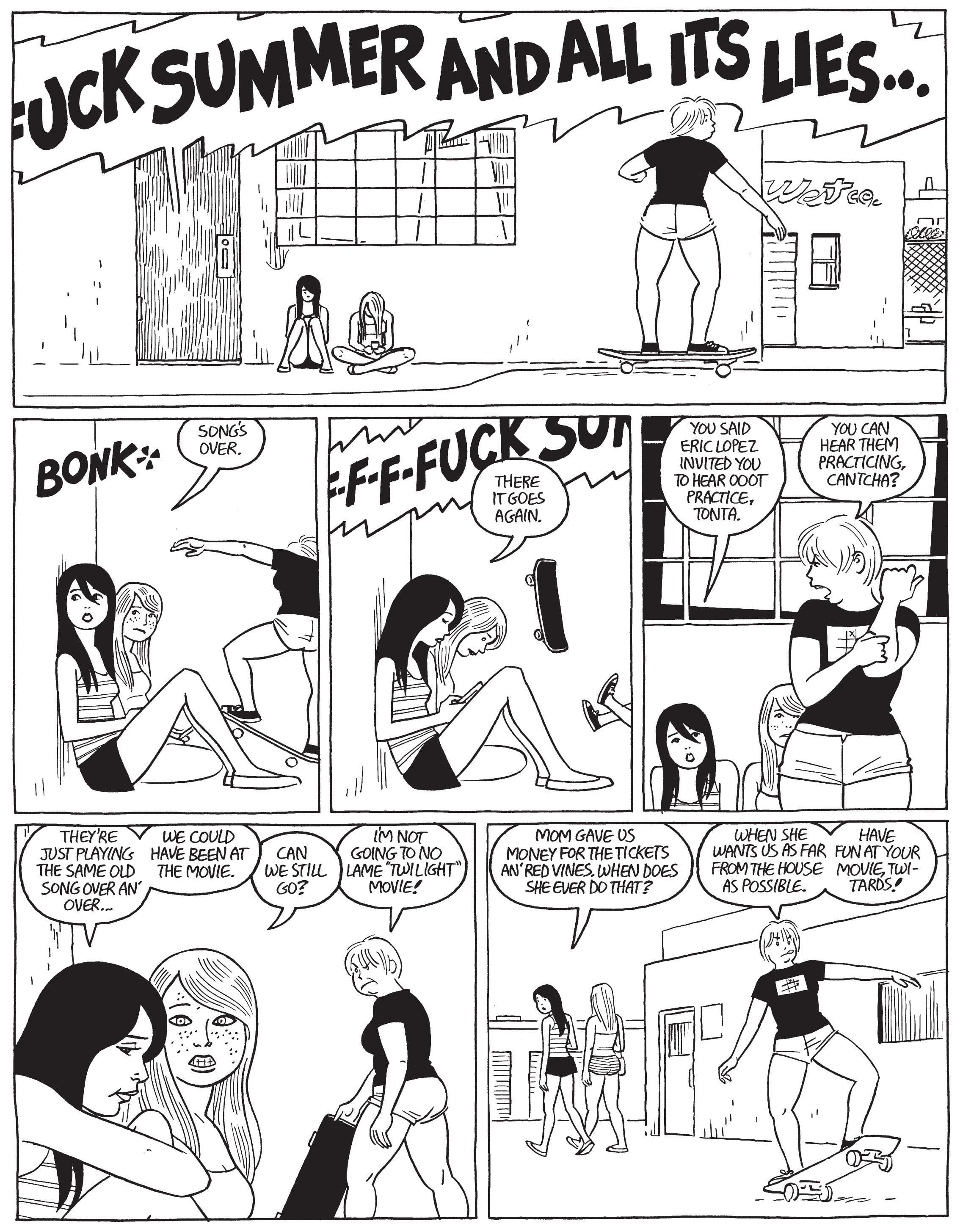 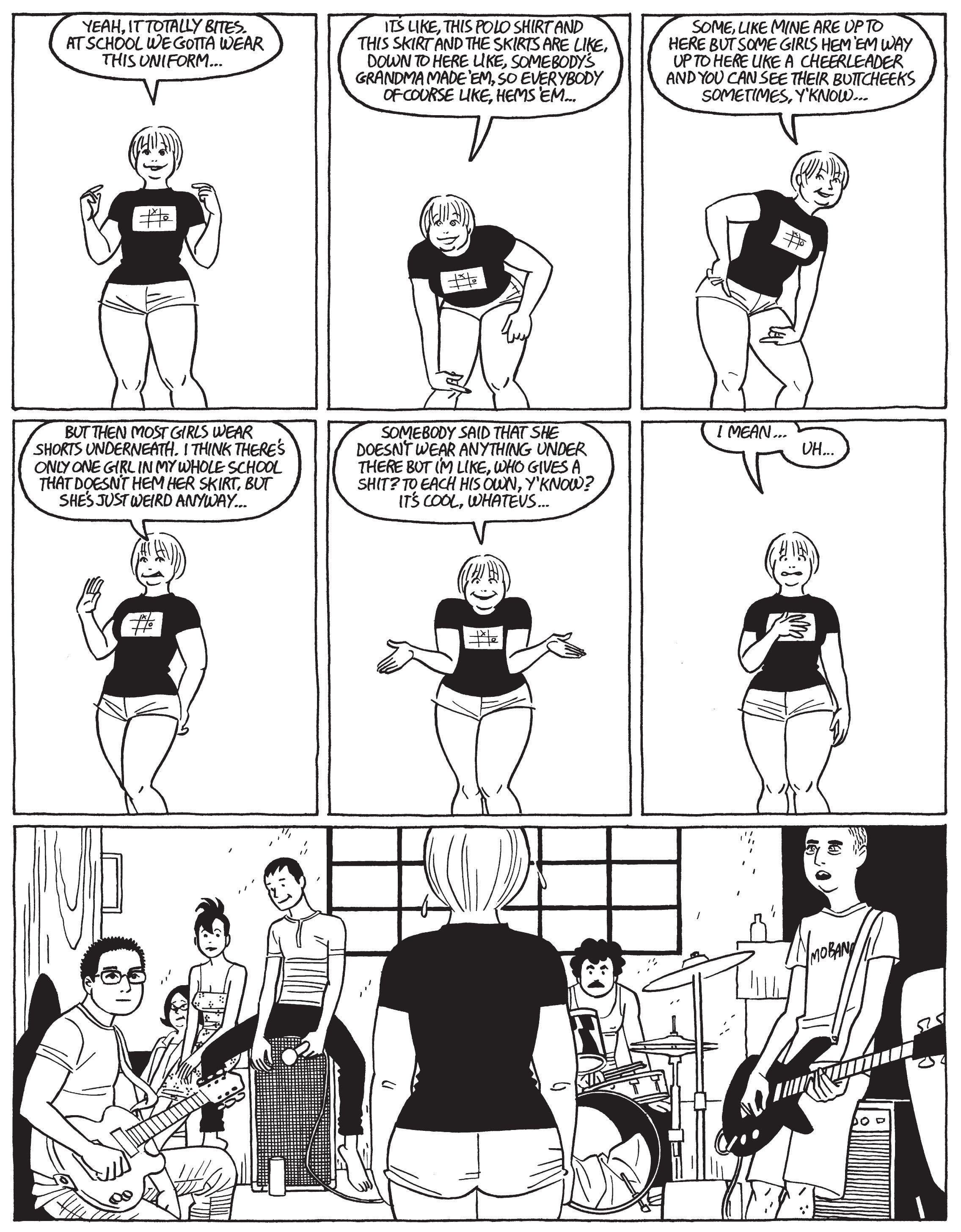