When Philip Roth published The Plot Against America in 2004, the country had not yet divested itself of the historical amnesia Americans had been swaddling themselves in since the end of World War II. There were battles over creeping government authoritarianism in the blisteringly unnerving shattering of the world order that followed 9/11. But those scraps over surveillance, war powers, censorship, and torture were mostly variations of the same fights which had been waged between left and right since the McCarthy era.

When Roth postulated an alternate history in which Charles Lindbergh, not Franklin Delano Roosevelt, attained the White House in 1940, the idea of a white supremacist president in league with a fascist foreign power was hard for many to contemplate. Even a fully-fledged racist like Woodrow Wilson had not colluded with enemies abroad. And nobody truly imagined the likes of Donald Trump as president until The Simpsons Movie in 2007. It was a different time. The Wire was only in Season 3.

But by 2020, America has witnessed several years’ worth of a white-supremacist presidency. This may make it more difficult for David Simon’s hard-edged but somewhat unfulfilling six-part adaptation of Roth’s novel for HBO to break through.

By this point, we have witnessed an onslaught of artistic responses to the current crisis. There have already been runs on books like Upton Sinclair’s 1935 It Can’t Happen Here (a sloppy but fever-hot novel about a Goring-like homegrown fascist president, complete with Brownshirts) and George Orwell’s perennially looked-to 1984 (good on its own merits but its vision of an all-inclusive totalitarian regime felt less relevant to the Trump administration’s sloppily bullying racist chaos). Media ranging from documentaries ( Alison Klayman’s The Brink, and Amer and Noujaim’s The Great Hack, both released in 2019) to over-the-top pulp fictions (James DeMonaco’s The Purge television series and the film series) have refracted the daily reality into a thousand disparate nightmares.

Against some of those more fervid imaginings, The Plot Against America is smartly more grounded and workaday in its beginnings. Like much of Roth’s better fiction, the story is rooted in the rich soil of his childhood memories. The first couple episodes have a slow and naturalistic pace, outlining the details of everyday life in a Jewish working-class section of Newark. The core of the story is the Levin family, headed up by anxious homemaker Bess (a revelatory Zoe Kazan) and insurance salesman Herman (Morgan Spector), with their boys the mousy Philip (Azhy Robertson) and Sandy (Caleb Malis), a sensitive artist who becomes the Levins’ Achilles heel. 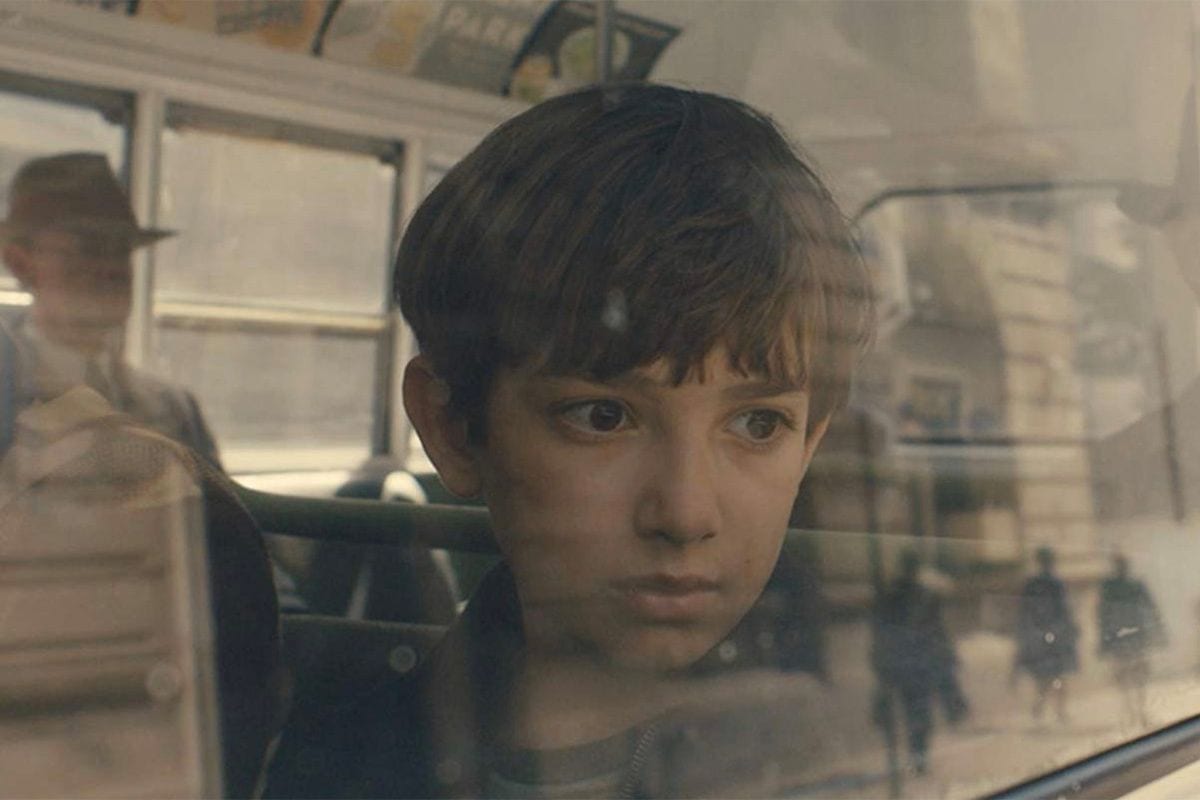 At first, the rumblings of danger seem far away, trumpeted into the Levins’ living room through the voice of ardently pro-Roosevelt Jewish broadcaster Walter Winchell. Herman, agitated and furious about why more people aren’t more furious, listens to Winchell and cheers on his anti-fascist broadsides with all the hunted fervor of the disempowered Democrats who huddled around MSNBC during the Bush years for reassurance that yes, somebody else knew this was insane.

Driving Herman’s anger is the presidential campaign of Charles Lindbergh. The most uncanny element of Roth’s conceit is the little imagination it required. A popular hero whose dashing media profile and aerodynamic exploits neatly obscured for some the biliousness of his xenophobia, isolationism, and virulent anti-Semitism. By 1940 Lindbergh had already accepted a medal from the Nazis and launched the America First committee to keep America out of a war with Germany. With Lindbergh as a potential leader and the already swelling neo-Nazi German-American Bund movement, all Roth had to do was point history in a slightly different direction.

Simon and co-creator Ed Burns intelligently frame much of the early material through the eyes of Philip and Sandy, who hear echoes of the fear in their community while still gazing up with admiration when they hear Lindbergh’s “little plane” flying overhead. They try to parse what’s happening in kid terms (“The fascists don’t like Jews.” “Why?” “Because we’re Jews.”) while the adults begin thinking about the future and what could follow the election. Africa comes up as a destination (“Can you find a good delicatessen in Dakar?” one man jokes) while most Jewish families look north to Canada.

While anxieties ramp up, the family is further split by the unexpected introduction into their lives of Lionel Bengelsdorf (John Turturro). A South Carolina-raised rabbi with a molasses-thick accent and an ambitious eye, Bengelsdorf is courting Bess’s drifting and easy-to-impress sister Evelyn (Winona Ryder) while simultaneously trying to make himself American Jews’ unelected ambassador to Lindbergh. Given the prominent placement of figures like Neville Chamberlain in the opening credits, it’s not too difficult to imagine what Simon and Burns think of Bengelsdorf’s attempts to ingratiate himself with Lindbergh after he speaks at what looks like a repeat of the infamous 1939 Bund rally in Madison Square Garden. Later, when Bengelsdorf and Evelyn make themselves the figureheads of the Office of American Absorption program to disperse city-dwelling Jews around the country in order to “assimilate” them, the familial split brings Vichy France to mind (“We’re not American enough?” Herman asks).

Without giving away too much of what happens later in the miniseries, it is safe to say that things get far, far worse for the Levins, Jews, and all of America before it is over. Simon and Burns skillfully torque the creeping dread and paranoia bit by bit. Without the show drawing attention to it, the Levins’ once cozy and bustling neighborhood, where the fathers chat and smoke post-dinner cigarettes on the sidewalk while kids play around them, becomes quiet and still. 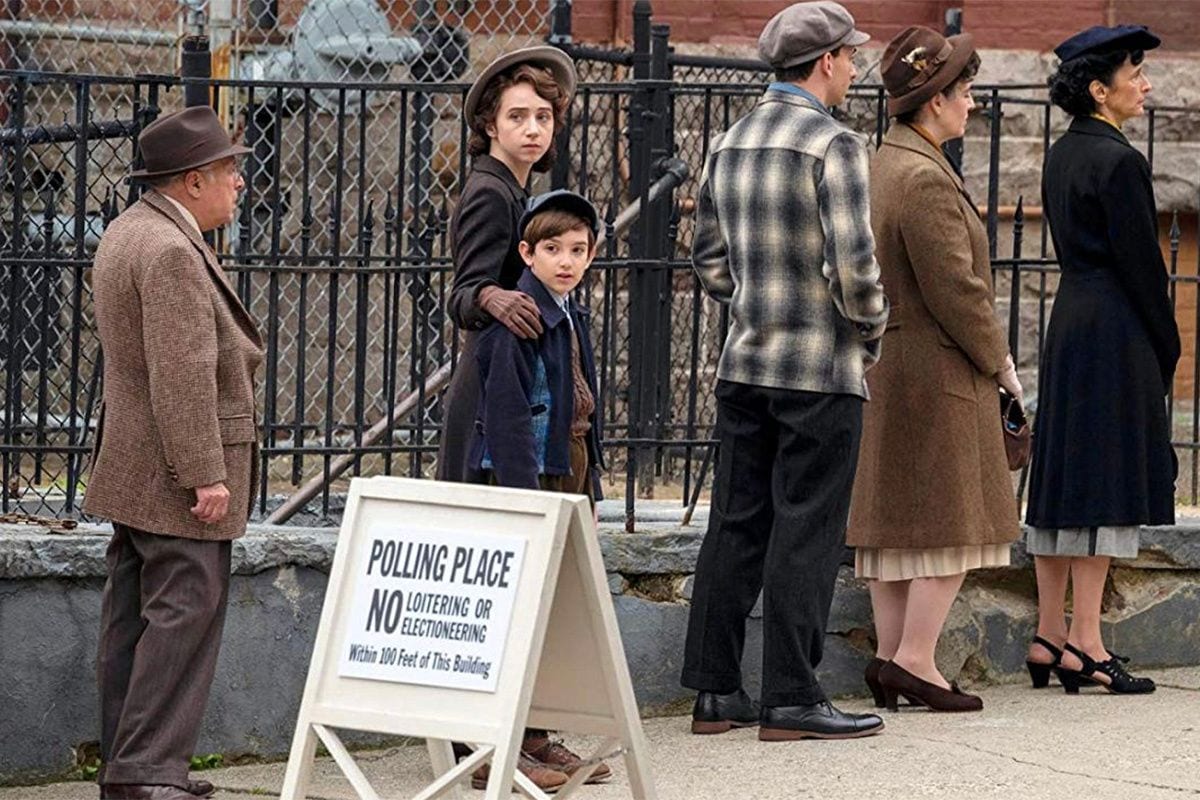 A simple drive to another town to look for a new house turns dark once the family sees a corner bar spilling over with Bund members acting as though they’re in Munich. The prospect of a move to Kentucky feels more like exile to a rural Klan-encircled gulag than an opportunity for a fresh start. Determined to do something while America does nothing, the family’s streetwise and wayward cousin Alvin (Anthony Boyle) heads north to sign up with the Canadian army. Why? He tells them he just wants to “kill Nazis”.

Unfortunately, The Plot Against America is somehow rarely as gripping as it needs to be. This may simply be due to the high standards set by Simon’s previous television output. Its close attention to the rhythms of mid-century Jewish life in Newark (cozy Shabbats, casual temple attendance, toughened acceptance of the worst that the world can throw at them) is as good and authentic-feeling as anything in his loose and rangy New Orleans series, Treme. The organic growth of everyday American fascism and the understanding that pogroms are not a uniquely European phenomenon is rendered in stark and terrifying detail that is ultimately far more affecting than the more cartoonish inventions of a show like The Man in the High Castle.

But overall, the show reveals what is often so impactful about Simon’s televised novels. The urban anthropological underpinnings of shows like The Wire and The Deuce are brilliant on their own, but they are brought to life by some of the most memorable characters and dialogue ever dreamed up for the small screen. Perhaps because he is bounded somewhat by the limitations of Roth’s source novel—this is Simon’s first time adapting fiction—too much of the action feels somewhat canned.

Also, the denouement can’t help but feel like a cheat, though that came straight from Roth and kept the book from being the classic it could have been. And while some of the more emotionally fraught developments in the last episode are absolutely gutting, what you come away with after it is over is more a memory of what happened and not who it happened to.

Nevertheless, by showing in realistic terms just how close the country once came to fascism in the past, The Plot Against America can’t help but feel like a warning about how close such a future could be.

Editor’s note: PopMatters recommends you watch Marshall Curry’s six-minute documentary, available here: A Night at the Garden (also linked in this article, above). This is actual footage of Madison Square Garden packed with pro-Nazi supporters in 1939, and one man’s attempt to stop the speaker, Fritz Julius Kuhn, leader of the German American Bund.