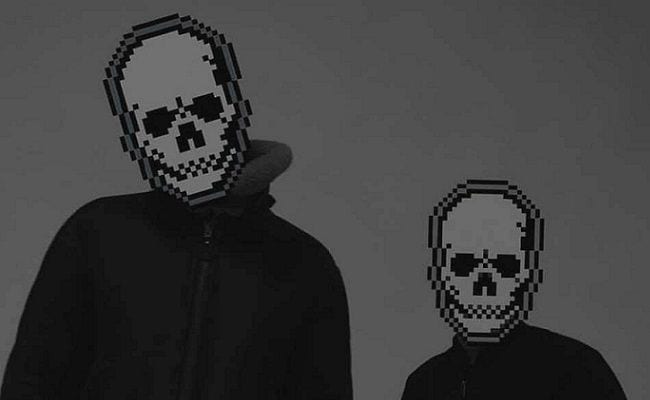 Beyond the Wizard's Sleeve
The Soft Bounce
Pias

It all started with a mix. Well, more accurately, it started as a remix.

For both Richard Norris and Erol Alkan, these two young Londoners started out, by themselves, as Djs, Alkan focusing more on dance and electronic music, Norris befriend Joe Strummer and playing on some of the Clash maestro’s latter-day creations. It wasn’t until 2006 that, after having rejiggered some tracks under his own name, Alkan began using the Beyond the Wizard’s Sleeve moniker. Norris had joined in, and the group, gaining notoriety for productions of artists of both the underground (Midlake) and the mainstream (Franz Ferdinand, The Chemical Brothers) variety, started making the name for themselves. EPs and singles would trickle out here and there, but outside of 2008 compilation of their earlier recordings, nothing concrete.

What a joy it is, then, that The Soft Bounce is here, and goodness is it a mishmash of so many varied things. From the hippie-friendly go-go bounce of “Creation” to the ’80s synth homage “Diagram Girl” to the ambient instrumental “Tomorrow, Forever” to the string-driven mod number “Door to Tomorrow”, The Soft Bounce encompasses so much but still originates from the group’s clearly-defined psych-friendly aesthetic.

Thus, to help celebrate the occasion, the two Wizards themselves answered PopMatters 20 Questions, revealing a love of truffle oils, an affinity towards author John Higgs, and some remarkably practical advice for handling life’s problems.

Erol: Oh. I’m trying to remember but it’s not coming to me. I find film really effective: a good movie can really give me goosebumps or leave me quite moved. It could have been Room’actually.

Richard: Dave Barbarosa’s Mud Sharks. It’s by a great drummer (also my drum teacher). He used to be in Bow Wow Wow and Adam and the Ants, and is a superb musician and also a great writer.

Erol: There’s no such thing. There’s no greatest book, greatest human, greatest movie. At a push, the closest record to perfection I know is What’s Going On by Marvin Gaye or The Beach Boys’ Pet Sounds but possibly because they are widely recognized as such.

Erol: I have never had an interest of either of them. I appreciate they are well made but both passed me by.

Erol: The process of creativity, absorbing aspects of life and channeling it into something shared or tangible. The irony to this is that the more creative I have became, the less I listen to of other peoples music.

Richard: Mainly books. Big fan of John Higgs, who has written on The KLF, Timothy Leary, and the 20th Century. I’d recommend all his work.

Richard: My daughter Ella. Because she is a great person, great personality. She not really my accomplishment, she is her own, but I had something to do with it.

Erol: By not being frustrated, jealous or too confused by remaining creative. It’s very easy to give up, and to keep going and sticking to your own ethos is very difficult.

Richard: I’d like to be remembered for music that moves people, that takes them some place else, that means something to them, reminds them of a good time or place, some memory, some positive moment.

Erol: My mother and father. They had an incredibly hard working ethos and that is something that has rubbed off on me in a big way.

Erol: I only want my signature on what I have created.

Richard: I’ve written books. I used to write for various music papers. I’m hoping soon to be able to say I’m an okay drummer, if the lessons work out.

Erol: The ones I’ve been able to expose on this record, my childhood focus before DJing was playing guitar and art, so designing the sleeves and being able to pepper the record with layers of heavily effected guitars have been a re-discovered pleasure

Richard: Do it yourself. Keep going. Many people have said these things to me many times and both are good pieces of advice. I like getting on with things.

Erol: “Unless it kills you, never give up on what you believe in,” by somebody far older than me at a party a long time ago. I’m not sure if it’s helped …

Erol: I’ve never stolen anything, but the best thing I think I have ever bought is my black Saab 900. It’s served me well for almost seven years now, never let me down. I’d recommend those cars to anybody.

Richard: The best thing I ever bought will always be the next piece of musical equipment. I’m always interested in new techniques and there seems to be a never ending supply of great equipment to play, and to play with. My studio is a bit of a playroom.

Richard: I like a black suit. Probably not a tie though.

Erol: I’m more inclined towards denim. I have a Lindenberg suit which I love though..

Erol: 1000 years into the future. I have no idea what to expect and that itself is exciting.

Richard: Probably mid-’60s London, in time to catch the big gathering of beat poets in about 1965 at the Royal Albert Hall. This was the first time that a large counter cultural gathering had taken place and I’d like to see the excitement of all those people realizing there are other people like them out there.

Richard: Meditation, reading, travel. Mainly having some time alone — I can be a bit of a hermit.

Erol: Dealing with it head on. Problems are there to be solved: there’s no avoiding them.

Erol: I can’t function without coffee and I cannot refuse chocolate. Drink I gave up years ago and don’t miss it in the slightest. But I think I’d collapse without coffee …

Richard: None of those are really essential. I am going through a phase of liking various types of mushrooms. Not the psychedelic ones! For cooking. And also truffle oil. These would be my non-essential essentials.

Erol: London. Or Muswell Hill to be precise. There is no place like it for me.

Richard: Currently London. I tried living in the countryside in England for a few years but missed London too much. Ideally, it would be a big city where it was sunny all the time, and I had great friends, culture, restaurants and a good workspace. London doesn’t really work sunshine wise but the rest is working out fine.

Richard: Many things, all unprintable.

Erol: No idea who that actually is.

TAGS 20 Questions2 beyond the wizard's sleeve