A Good Woman Is Hard to Find
Abner Pastoll

“I’m just looking forward to hearing what people think, whether it’s good or bad” says filmmaker Abner Pastoll, whose A Good Woman Is Hard to Find (2019), will have a special advance screening at Fantasia Film Festival (Montreal, 11 July – 1 August).

In the screenplay, written by Academy Award nominee and BAFTA winner, Ronan Blaney, recently widowed young mother Sarah’s (Sarah Bolger) son Ben (Rudy Doherty), hasn’t spoken a word since the day he saw his father’s murder. Without the support of the police, who dismiss the crime as criminal infighting, she begins a search for her husband’s killer, yet feeling vulnerable and alone leads her to make questionable choices.

Amidst his anticipation of screening the film for the first time to an audience, Pastoll admits to a fascination with the interpretation of what lies behind his choices. “It is up to the audience to interpret it however they see fit. I’ve done my job in the sense that I’ve created and I’ve put in my perspective, and there’s a meaning behind most of the choices,” he says. “That doesn’t mean that the audience will pick up on all of that, but it’s always interesting to me when someone watches my film, and then they tell me what it’s about. I’ll be like, ‘Okay, that’s interesting how you’ve interpreted it.’ There is no right and wrong in that sense, and it’s quite exciting to hear how people interpret things.”

While Pastoll embraces the audience’s independence in interpreting his work, he speaks of the need to exercise caution in giving them too much consideration. “I’m telling a story that’s a movie that I ultimately want to watch, and then I’m thinking about the audience,” he states with an assured air. He adds, “But I’m not necessarily catering to an audience, because that’s where a film can weaken if you are thinking too much of what an audience will like. I’m trying to make a movie that I will like, and that people will interpret however they wish.” 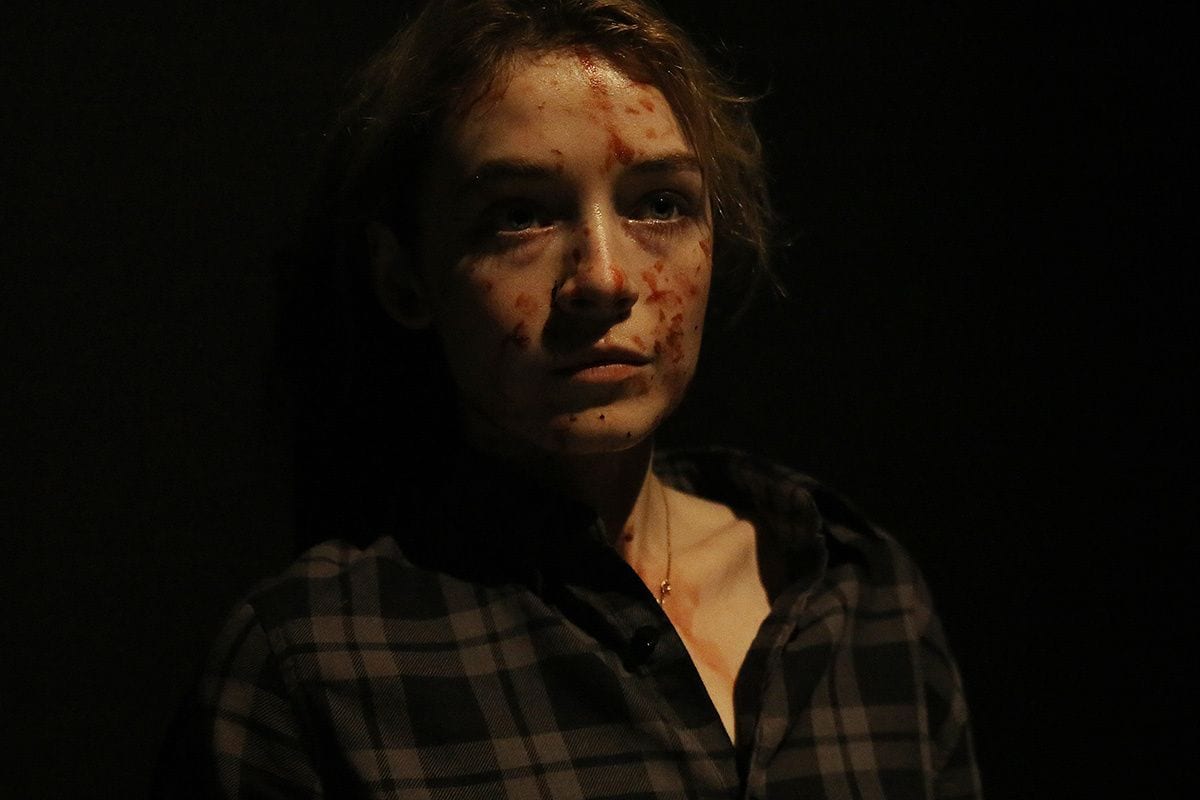 First and foremost character, rather than story, drove his interest in the idea for the film. “Her [Sarah’s] journey is very compelling and it’s the idea of this vulnerable character, a young mother with two children who is abused by the system, and who is brushed to the side. Typically she’s just this meek character who deals with what she’s given, which is not much, but then she gains the confidence to keep her ground and take matters into her own hands. That’s what I really connected with, that idea of telling this story of a typically vulnerable character, but showing her evolution into this strong woman.”

The story of the vulnerable against the system taps into a hotbed of frustrations, as Trump’s America and Brexit Britain seem to be heightening feelings of frustration – people feel ignored, while the most vulnerable are marginalised further through a lack of sympathy and understanding by the political elite. Whether intentional or unintentional on Pastoll’s part, A Good Woman Is Hard to Find resonates with these feelings of the contemporary political and social climate.

“Actually, it is not explicit in the movie, but there is this ominous background about everything that’s going on in the world politically, and how messed up it is, but how it doesn’t affect her directly,” he reflects. “She’s lost because nobody cares about her, and there are these themes in the background of the film, but as I say, it’s not explicitly focused on [the current political climate]. But you do get a sense of it in that with everything that is going on with Brexit, of all these politicians talking about all these things — they ultimately don’t directly affect her, they don’t care about her.”

From the early stages of conception, the project was less about the choice of who would play the film’s struggling protagonist, and more a means of casting Bolger in the part. “When I first started working on this film and thinking about this character, Sarah was the only one I could think about for this role.” Full of praise for his actor whom he’s not slow in the use of superlatives to describe his experience of working with, he’s confident in his belief of what this role will offer her onscreen persona. “This film is going to help with her evolution as an actor, and I know this is a little biased for me to say, but it’s pretty much her strongest role to date in terms of what she is showing in her abilities as an actor.”

Indeed, Pastoll is the first to admit that the film is all about Bolger, and he expresses humility in taking a submissive role as the author of the work. “As a director, what I want to do is find the right actor that can basically be the face of the film. In that sense, they’re the one onscreen, so if they get all of the attention from it then that’s my job done, and that’s what I’m trying to do.”

A Good Woman Is Hard to Find will screen on the 21st and 23rd of July at Fantasia Film Festival, and will be hosted by director Abner Pastoll.