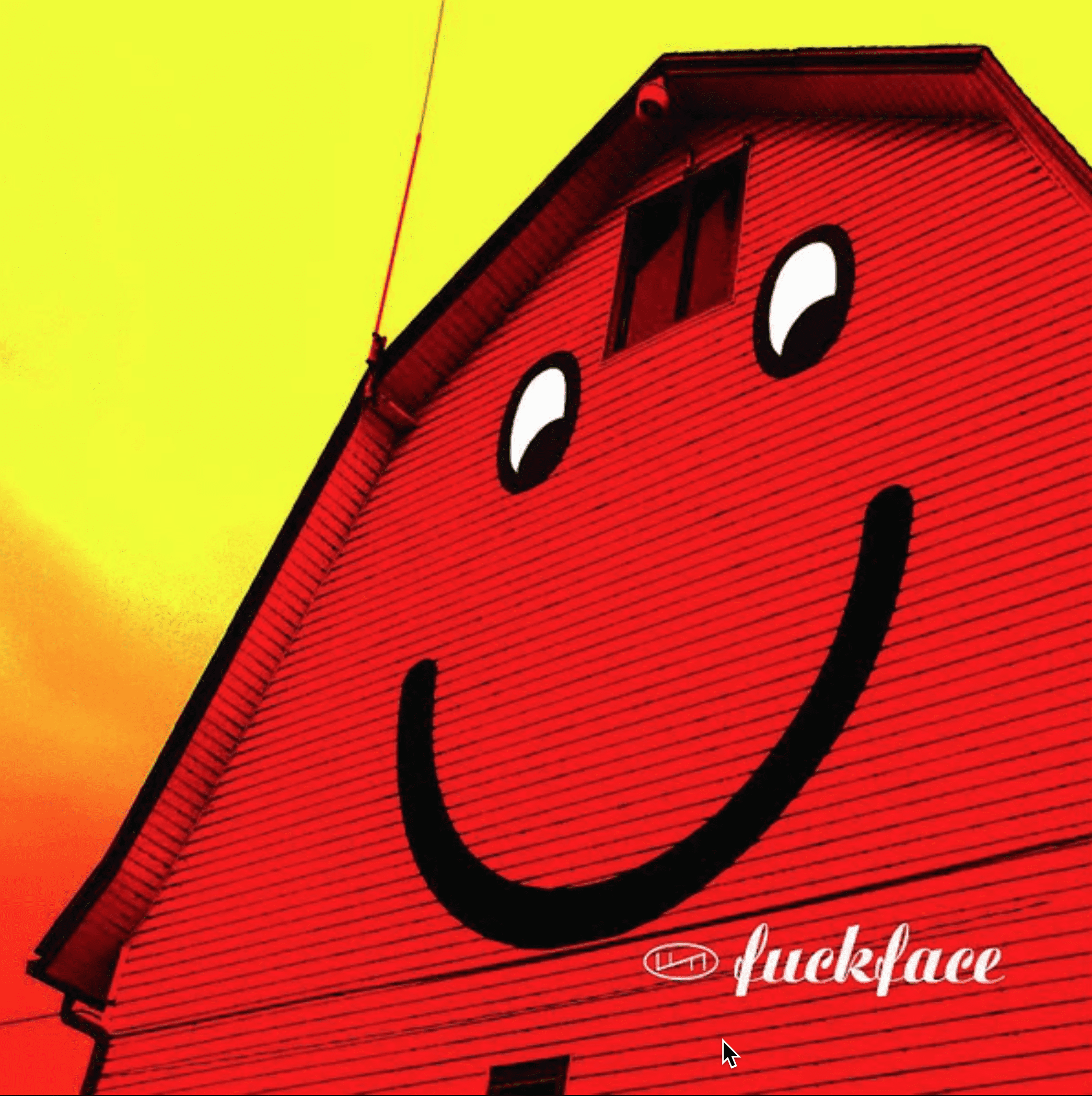 While most underground hipsters are well aware of the onslaught and belligerence of Midwest hardcore, art-noise comrades like End Result and Fuckface remain forgotten. Avoiding humdrum rock’n’roll routines in favor of something more atavistic (banning cymbals and snare drums, like a foul disease), three drummers coil around each other rhythmically, producing a wave of Burundi meets Black Sabbath pounding, all syncopated to the heavy crunch, power rage, and ear-curdling thunder of former members of both Die Kreuzen and Boy Dirt Car. Recorded in 1995 and buried since, this remains primitive, mutant, and distressing.

9. The Riot Before – Rebellion [Paper and Plastic] 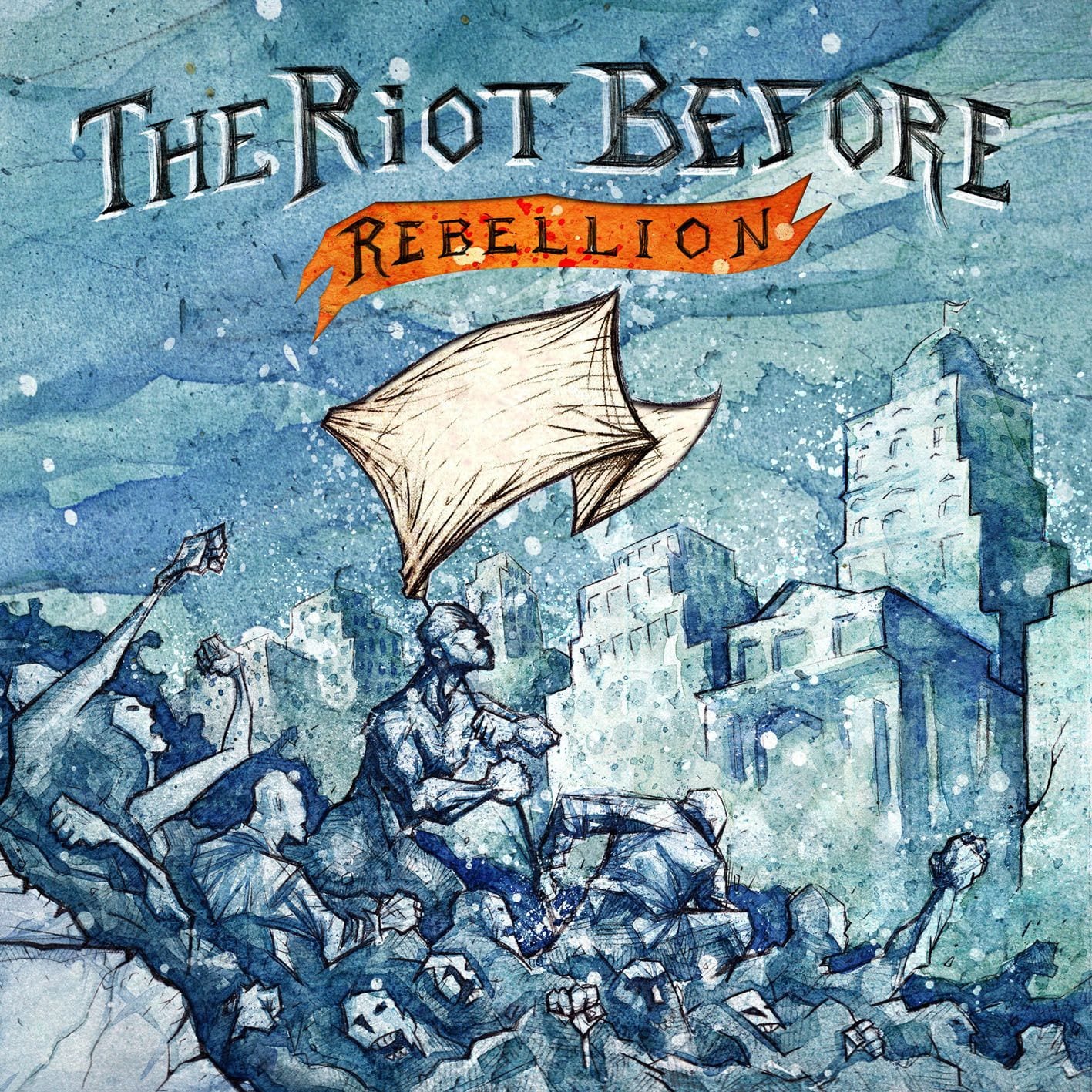 With a healthy and sometimes heavy inclination towards local heroes like Avail and Ann Berreta, the Riot Before deliver humming punk that is equal parts a storytelling device and a whirlwind sonic assault. They offer plenty of variation as well. “Uncharted Lands” is rootsy and rockin’, narrating about reaching dark spots on the map to mitigate unfulfilled dreams, while the polka-faced “Answers for Change” taps into a wrecking ball analogy to capture emotional rollercoasters. Meanwhile, the quietude of “Things I Hate”, which tackles both the church and corporations, is like a willowy pause before the storm of marshaled beats in the whiskey slur recounts of “Oregon Trail”. 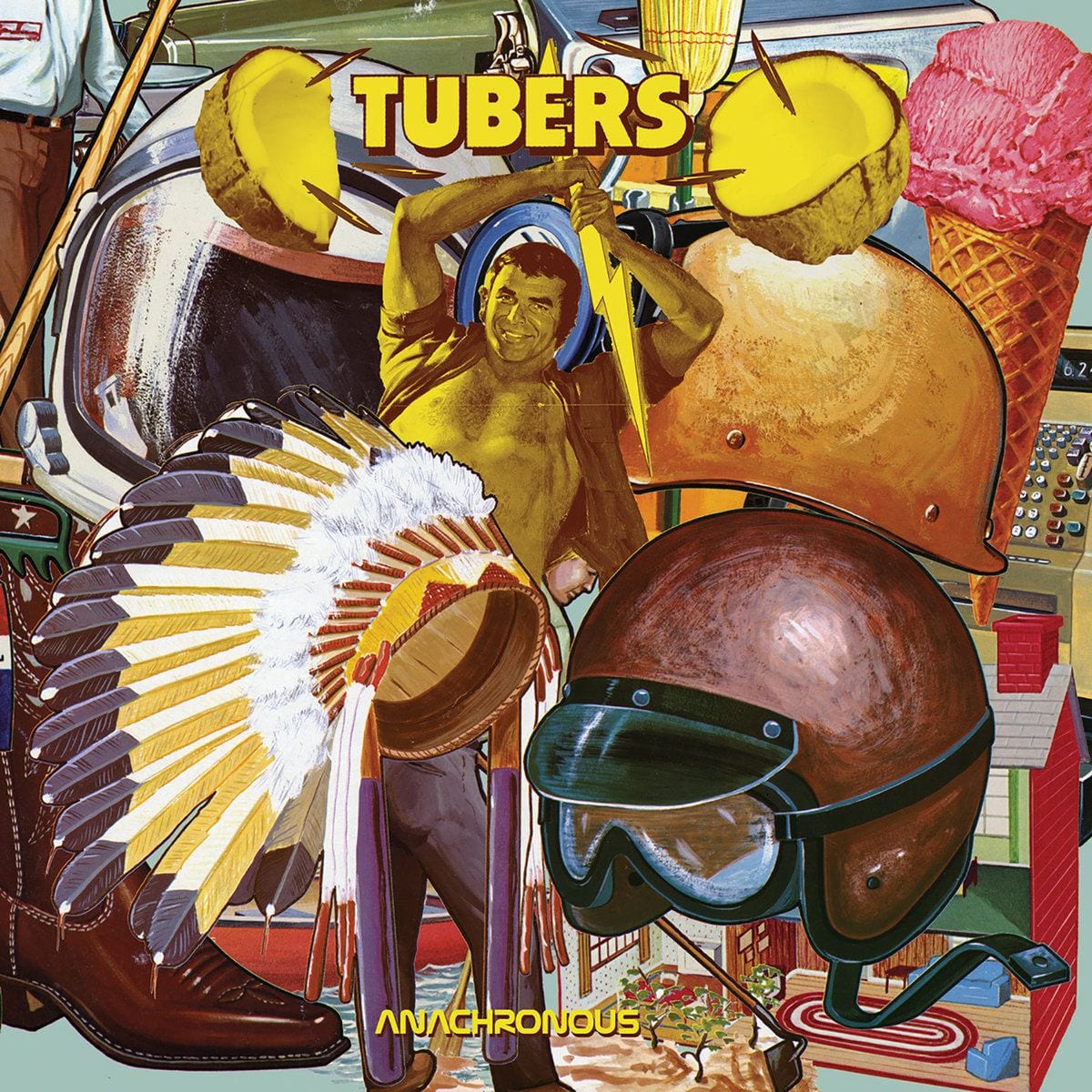 With deranged but calculated punk à la Hot Snakes, this crüe produce a ruckus with brittle hooks and hard-ass art. Lyrically, tunes like “High Tide It’s Inside” use back-to-back metaphors to explore titanic inner tension — “I am a fuse, a missile in my mind.” If you can’t feel the recoil and resolution, you ain’t listening. On the equally phlegm-drenched “The Expense of Flight”, with its ricocheting bass and flagrant guitar abrasions, the narrator yearns to “feel the family inside” to offset solitary, difficult, and barren moments. The lyrics are elliptical, but the desire is packed in tight, marking the poetry of dreams deferred. 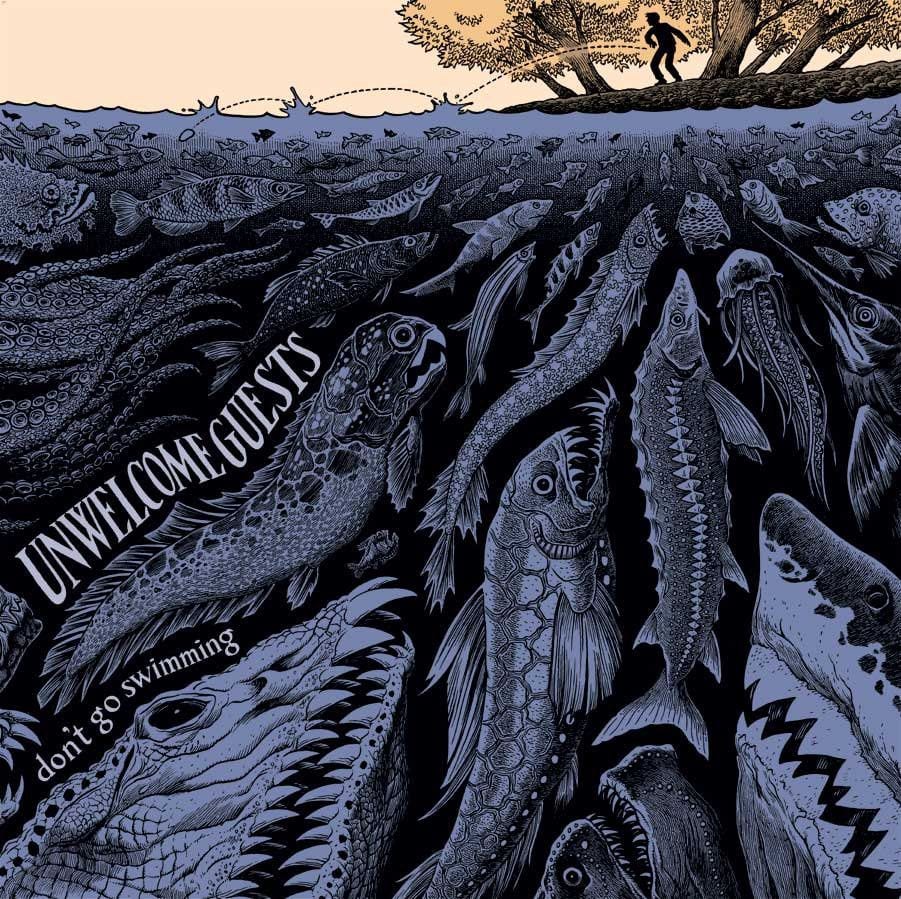 With well-aimed tunefulness, like a U.S. teenage version of the Clean or Maximo Park, these lads deliver pop-centric fare for a guilt-ridden age. The harnessed speed of “Might Be Broken” is insistent and urgent. The theme focuses on being “broken and unemployed, depressed and a total mess,” though the vibe is neither hostile nor hollow. It reeks with hopefulness, concentrated into miles of memorable melody. They shift, too, outfitting “Wrecking Ball” with cowpunk credibility. “Considering” returns to puncturing guitar and Buzzcocks-like gusto as they desire to leave the cluttered adult world behind. Let’s join them, one song at a time. 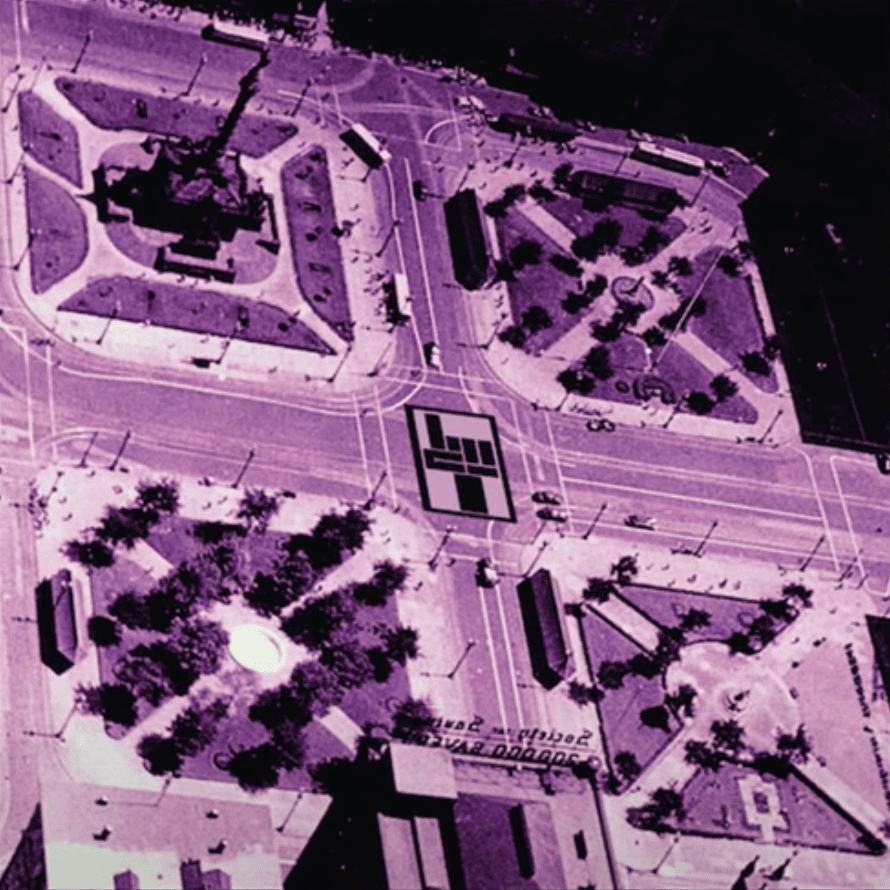 This Moment in Black History deliver abrasive angst with defoliated deftness, not unlike 1960s garage ruckus breeding with whiplash soul music. “Panopticon” feels like a song echoing Foucault’s “panoptic eye” with its worrisome concerns about spy satellites: we all become guilty under the gaze. “Forest Whitaker” is indebted to abstract art-punk gyrations rather than a Hollywood homage. “Pollen Count” is danceable: bass-in-the-face calculus and hard-ass space-rock vibes conjoin. The roiling “MFA” launches an attack on “fake metropolitan segregated river towns” and “assembly lines” that rob people of feelings and hope. As such, they offer rust-bucket town deconstruction. For those seeking frenzied rock ‘n’ roll with a dollop of punk-laced free jazz. 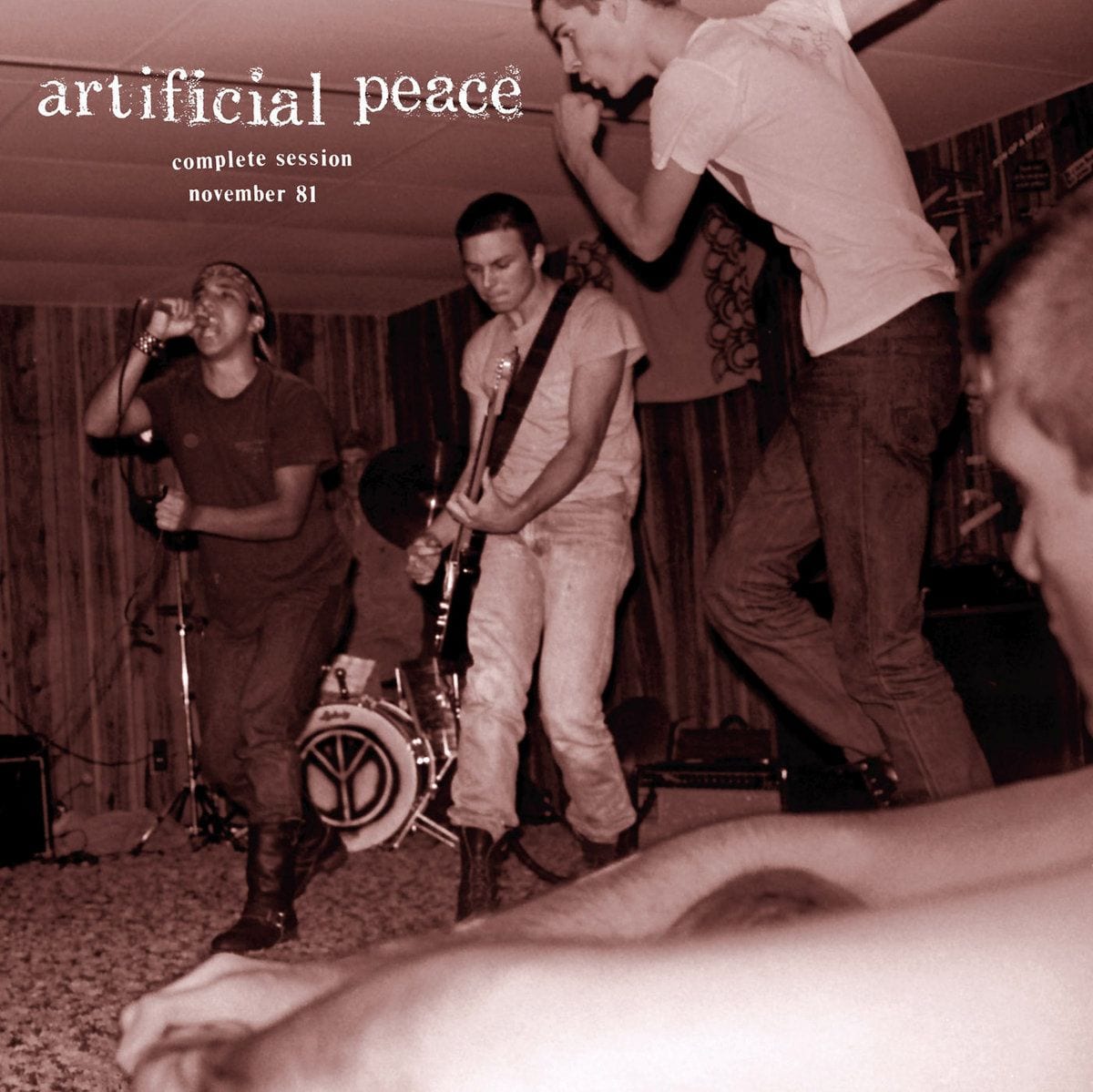 Although some of these tracks have been available previously, including on the seminal compilation Flex Your Head, this newly re-mastered early 1980s harDCore is a flagrant gem of youth-driven über fury. For scraped, ratty-sounding but intelligent vocals, a defoliated and dizzying blend of musical crunch and brief melody, check out “Suburban Wasteland”, their East Coast version of the Circle Jerks’ bitingly satirical “Beverly Hills”. Much of this aggressive aggregation clocks in under two minutes and competes with brethren bands Void and Faith for finely-etched, breathless anomie that attacks war, shitty DJs, and materialism. They even take the Troggs “Wild Thing” for a beat-on-the-brat ride. 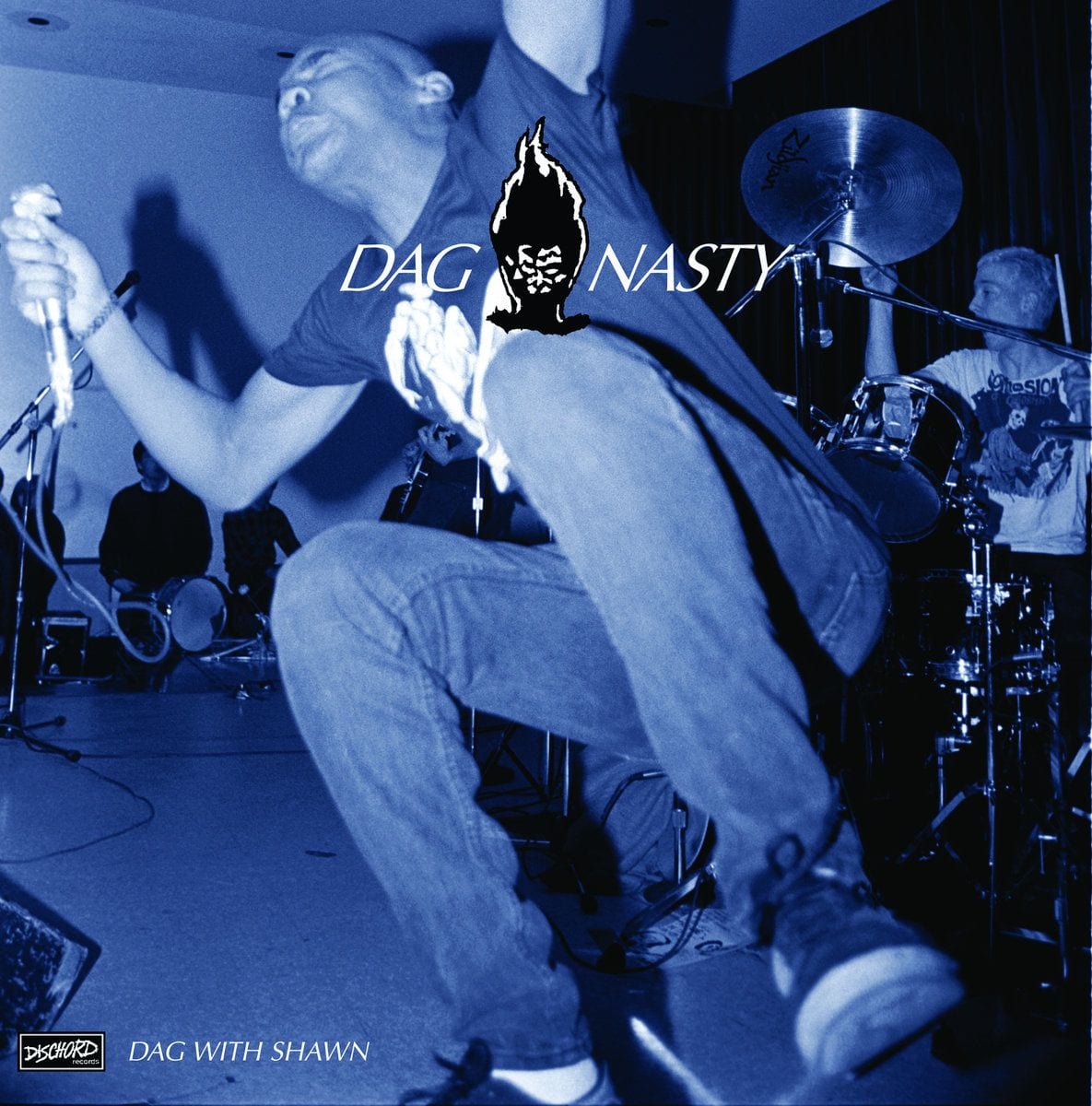 By the mid-1980s, hardcore seemed to stall into pared-down, same-samey style or became mired in rock’n’roll ambitions, like TSOL and Black Flag. Then Dag Nasty, a Washington D.C smorgasbord featuring Bostonian straight-edge crooner Dave Smalley on vocals, shot from the genre gate with dizzying, melodic, emo-ish intensity that reignited a generation. Original singer Shawn Brown, caught in these well-produced demos before he jettisoned, offers blistering, bellowing, and incendiary vocal versions of the soon-to-be cherished tunes. Critics argue Smalley added too much sheen, so these tracks capture Dag Nasty sans lube and oil, in its grittier glory.

3. Leatherface – The Stormy Petrel [No Idea] 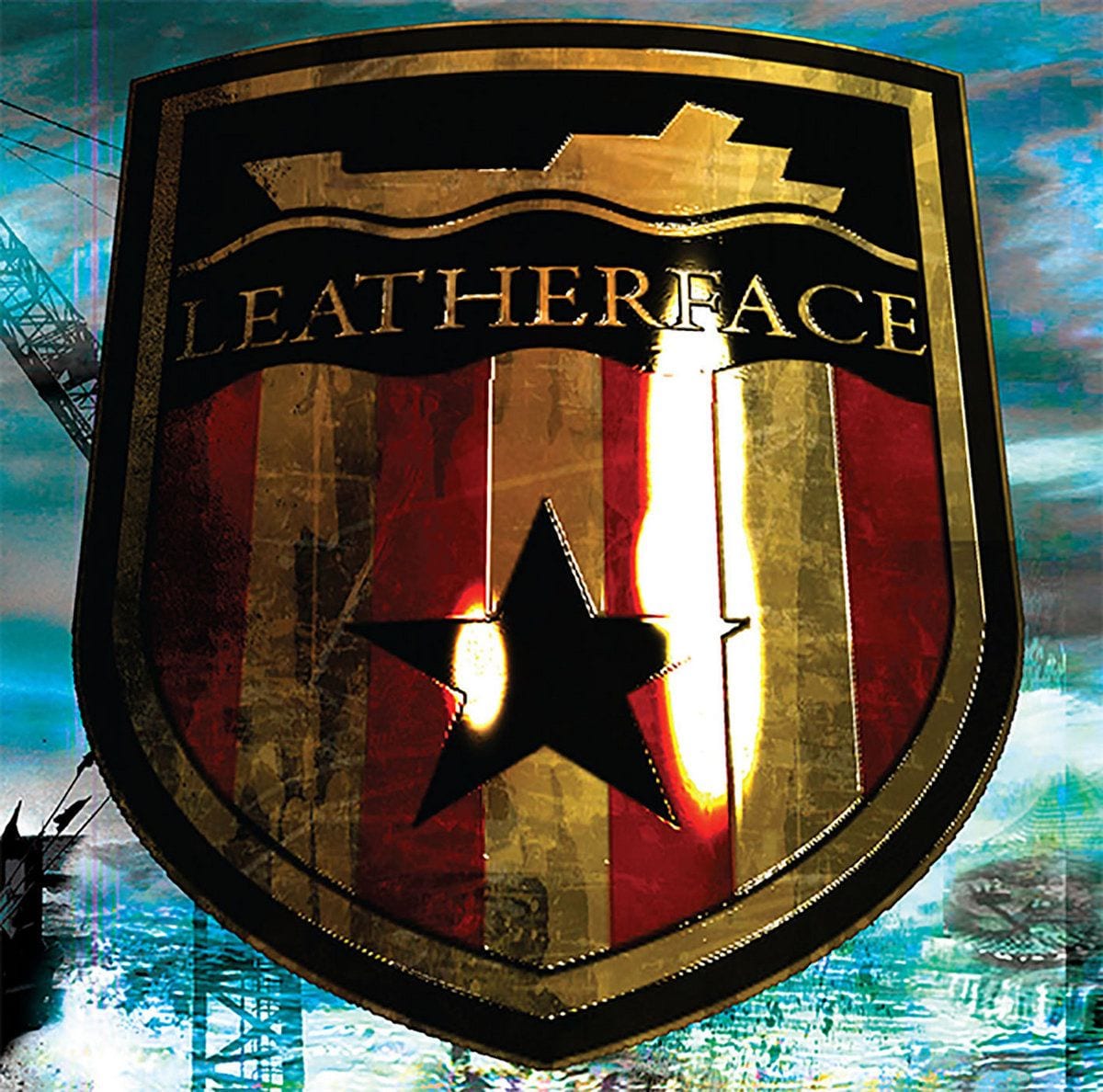 Grizzled veterans of UK punk return with a tour-de-force highlighting acute lyricism, adamant pop-on-the-sleeve tendencies, and layered barrages of well-crafted noise — think Motorhead-meets-emo. Singer Frankie Stubbs’ wit and wordplay resemble Michael Stipe’s own non-linear prowess with rough, rancorous edges. The Stormy Petrel is a spirited, introspective, and superbly crafted addition to their thinking-man’s repertoire that sifts through history and philosophy (see Salvador Allende, “God Is Dead”). ‘Tis the season to enjoy enigmatic lines like “A donkey is for life, not just for Christmas” as Stubbs waxes poetic, I suppose, about work ethic, longevity, stubbornness, and dependability. 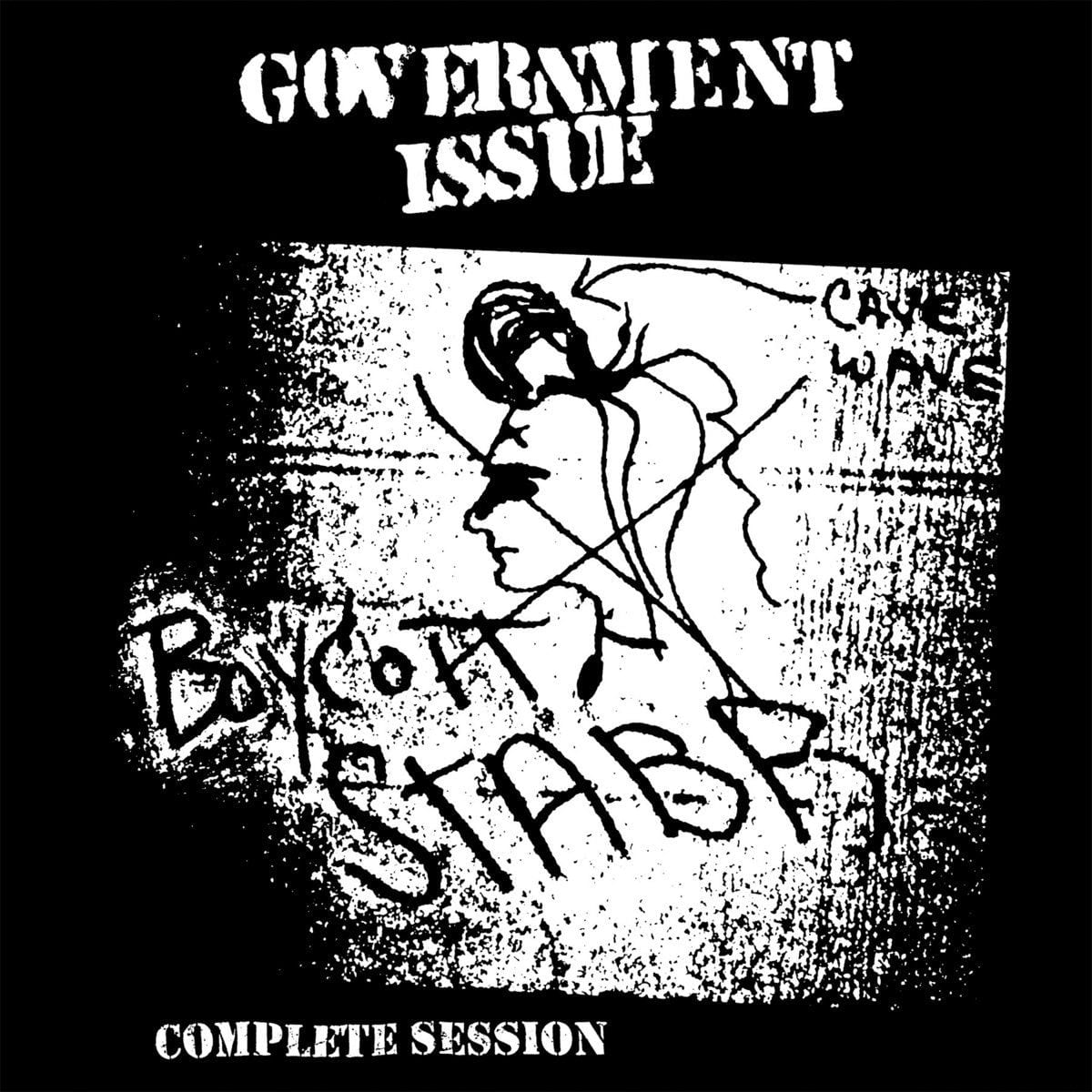 Sure, Dr. Strange released a G.I. discography containing this piece of pitch-perfect nimble speed-punk, but Dischord offers both the original album as is, plus a series of previously unmixed and rare tracks left in obscurity. Singer John Stabb refused to play the punk rock game. Known to wear lengthy tube socks or 1970’s thrift store ware, his sardonic vocals and quick wit (partially borrowed from fave bands like the Damned) are in splendid bursting haiku form here. With bracing guitar from wall-of-sound Tom Lyle, the 1983 band line-up eviscerates annoyingly happy people, fashionistas, religious rip-offs, and useless new wavers, all woven into lightning-break songs defining hardcore as an alternative to jock-anthems for the buzzed hair crews. 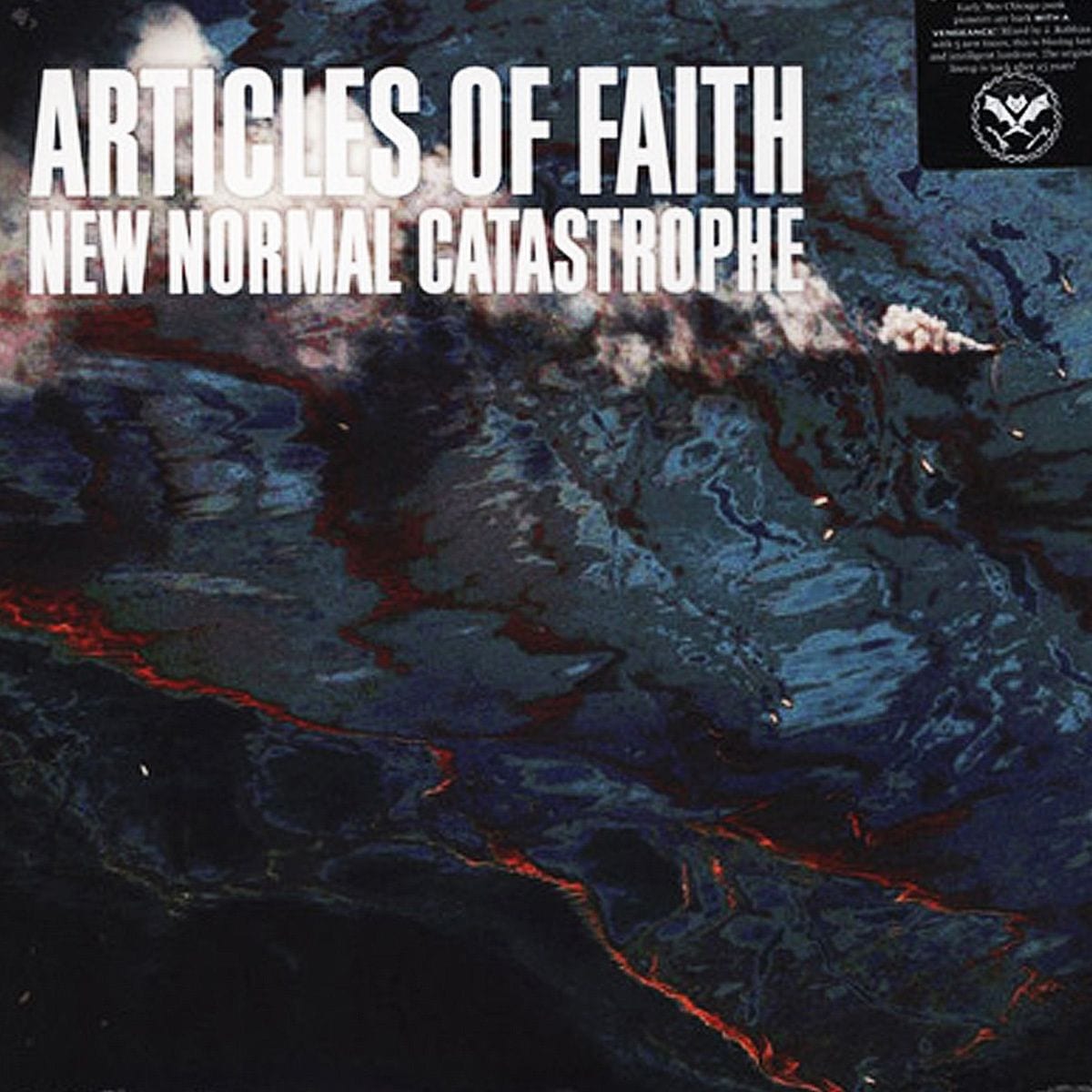 In the early 1980s, Chicago brimmed with buzzing street sounds of the Effigies, anthemic punk with fistfuls of melody like Naked Raygun, and the nimble, hyper-kinetic three-guitar maelstrom of Articles of Faith. Dizzyingly fast, literate, and political, they produced albums that eventually evoked poetic symbolism rather than leftist diatribes. This new EP from the reformed band that debuted at Riot Fest this past fall is tellingly titanic. Songs like “Brother John” and “Hammer Song” are resplendent — still soaked in singer Bondi’s gnarly vocals, drummer Virus’ spaghetti-arm beats, and an overall righteous renegade quality that bridges prison work chants to Sly Stone sentiments.

Since punk is a wide-ranging umbrella genre saturated with numerous subcultures, styles, aesthetics, and attitudes, making a list is more like trying to super-glue together a ripped and torn fanzine. Punk bridges the folklore of rebellion with the modern hive of consumption, evoking the historical hooks of pop attacked with distress or artful aggression. Think of this list as a glimpse into the material that rose to the top, not just because of pointed polemics or proper bile and distortion but due to qualities that are hard to feign — solid songwriting, a knack for indelible musical twists, and overall rhythmic punch. This past year has been especially rich in re-issues, reunions, and lost sessions rebooted and given new life. Therefore, in the name of melding the new and the old, the political and the personal, the feisty and the rather thoughtful, PopMatters presents the 10 best punk albums of 2010.

This article was originally published on 14 December 2010.