Leave it to one of the modern masters of independent cinema to find an entirely fresh way of confronting the apocalypse. That world itself — apocalypse — has almost become antithetical to innovation over the years; it’s a topic that, understandably, demands artistic treatment, but its proliferation in genre films for several decades has somewhat cheapened it. In other words: How do you do something well if it’s already been done to death? The stakes are especially high if you’re Jim Jarmusch, whose claim to fame is that he’s never made an uninteresting film.

The Dead Don’t Die, Jarmusch’s 13th film, does it by making a zombie film so tensionless and mundane as to almost be purposefully trivial. What’s the point of a zombie movie without the ultimate terror of gruesome death? But the problem isn’t that there isn’t terror or gore (there’s plenty, especially of the latter), it’s that both things are foretold and matter-of-fact. He subverts our expectation that zombies will act as a device for cathartic horror safely outside the bounds of real life and instead sets the action so close to home and with such obvious ties to the climate change crisis that he manages to locate a new and dementedly mundane form of apocalyptic terror. It isn’t an escapist horror, but one of plain confrontation.

And yet it isn’t actually scary at all. The film begins as police officers Cliff Robertson (Bill Murray) and Ronnie Peterson (Adam Driver) chase down Hermit Bob (Tom Waits) in the woods outside Centerville, Pennsylvania (“A real nice place,” says the town’s sign). The officers are tracking down a stolen chicken belonging to farmer Frank Miller (Steve Buscemi), a curmudgeonly old man who blames Hermit Bob for his missing livestock. They find Bob shrouded in bushes and trees (he’s apparently been living in the woods for several years) and ask him about the chicken, but Bob shoots at them and tells them to go away. Ronnie thinks they should take him into the station, but Cliff decides to let him be, and the pair drive off. On the way back, they notice that it’s still light outside despite it being around 8:20pm and that their phones and radio are acting up. They head back to the station to meet up with their partner, Mindy Morrison (Chloe Sevigny). 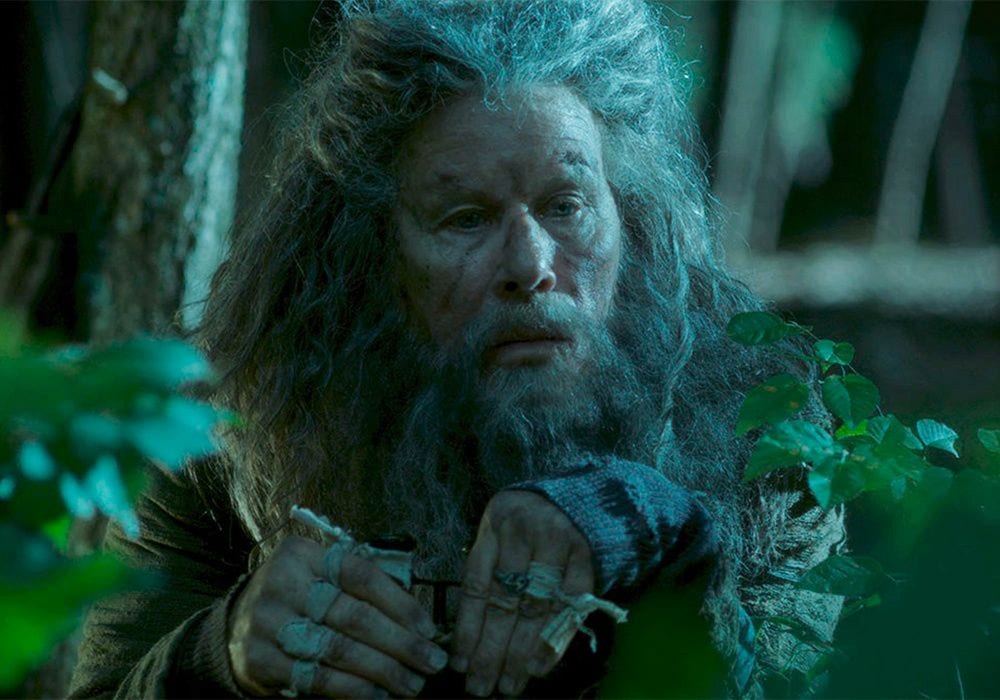 The Dead Don’t Die is a comedy, though it’s not all that funny — at least not in an obvious sense (the funniest bit in the film is that Farmer Frank’s dog is named Rumsfeld, after the two-time US Secretary of Defense). Hermit Bob, who long ago decided to spurn polite society and make it on his own in the woods, tethers the audience to a philosophical point of view, and although most of the townspeople are simple and kind, it’s not hard to imagine why he would want to separate himself from the real world and its modern ills. In fact, when the zombies do rise, Bob is the only one who remains safe and untouched, removed as he is from the action.

The first to go are Fern and Lily (Rosal Colon), who stay late at the local diner after Hank and Farmer Frank (who wears a hat that says “Make America White Again”) head out for the night. Two zombies, played by the musician Iggy Pop and Sara Driver, Jarmusch’s wife, come into the diner, guzzle coffee straight from the pot and kill Fern and Lily. The next day, Hank, Cliff, Ronnie and Mindy all assess the situation in turns (“Was it a wild animal? Several wild animals?” each character asks, as if connected to a hive mind) and take in the reality of the situation. It’s zombies, says Ronnie. Ghouls. We later learn that he’s been given the script ahead of time and knows for a fact that it’s all going to end badly. 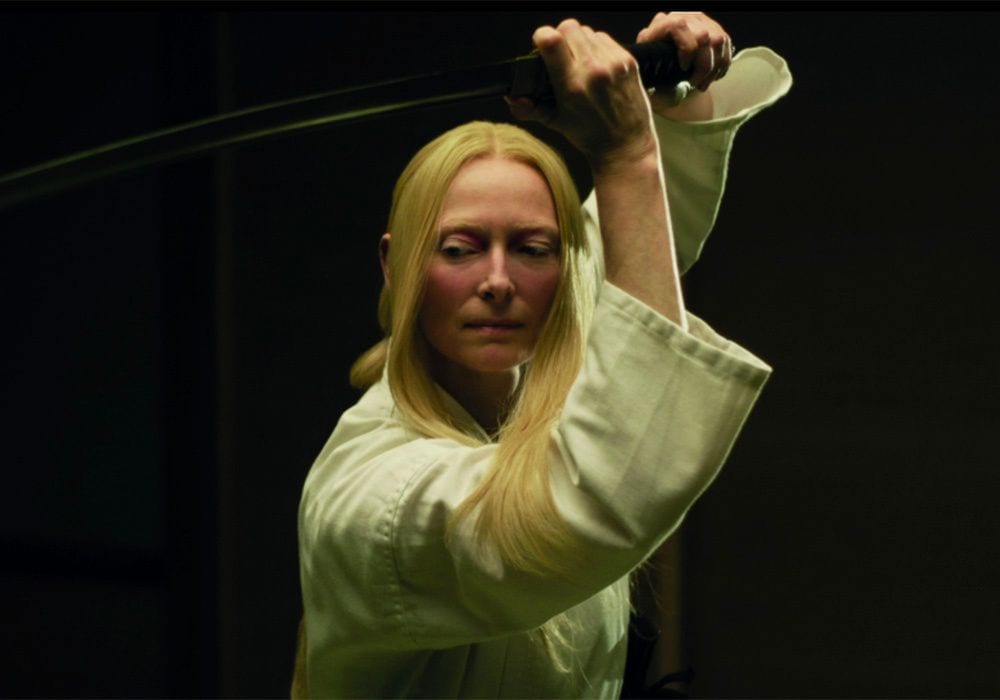 Because we, like Ronnie, know that zombies are destined to take over this world, Jarmusch’s film is oddly free of the expectations and propulsive tensions of most zombie films. It’s not just Ronnie, though; each character confronts the apocalypse in their own way, but there’s no question that each will meet their grim, fated end. Unlike in Jarmusch’s Paterson (2016) where the title character played by Driver, his wife, and his neighbors all have poignant internal lives, the personalities in The Dead Don’t Die show little depth. The actors play to type, hitting their marks and performing stilted, whimsical dialogue, but they’re even in the end, destined to become one with the undead.

Only two characters escape this fate: One is Hermit Bob, whose disillusionment with modern society has insulated him from its wrath, and the other is a Scottish undertaker named Zelda Winston (Tilda Swinton), a strange woman who’s deadly with a katana. (That the character is essentially an incarnation of Swinton’s own mystical reputation will not be lost on most viewers.) But these are fringe characters, and ones who can rightly claim remove from traditional human behavior. This is key — as the zombies first start to reanimate, a news anchor (Rosie Perez) informs the town that polar fracking has altered the Earth’s rotation, taking it off its axis and occasioning several impending natural disasters. This is a blatant reference to climate change, and Jarmusch has no qualms with blaming human behavior, whether nice or cruel, quirky or straight-laced, on the inevitable disaster. It’s Bob and Zelda’s tenuous connection to humanity that saves their souls.

The rest are toast. “What a fucked up world,” Bob says after the fact, and it is, even if Jarmusch’s mellow approach helps us take it down easy. There’s no escape from punishment as a human, he seems to say, even if a person’s only fault is a consumerist appreciation for kitsch or a penchant for Chardonnay. The Dead Don’t Die is far from a call-to-arms even as it makes an overt political statement. It is, itself, a piece of digestible genre content, filled with beautiful actors from various Disney properties and plenty of traditional gore, and it allows itself to be such a product without resorting to cynicism or cutting satire. It’s a curious

film, one that acknowledges the end of the world blatantly without once forgetting to be steadfastly, almost dementedly, silly. It’s a smart if minor work from a masterfully innovative director.