The movie business underwent a radical and much-needed metamorphosis during the late 1960s. The ethos of the counterculture was bleeding into the marketplace, and industry traditions, long upheld and espoused by major studios, were unraveling with the social shift. Young filmmakers took charge, making way for an era in movie-making commonly referred to as New Hollywood. Among the artists populating current mainstream pedagogy, names like Robert Altman, Francis Ford Coppola, Brian De Palma, and John Cassavetes earn the most attention—all of them white men.

The reality, that New Hollywood would not have been possible without the work of Black filmmakers like Melvin Van Peebles, remains under-recognized. (See also PopMatters’ 2014 Interview with Melvin Van Peebles.) Peebles’ no-holds-barred Sweet Sweetback’s Baadasssss Song (1971) garnered significant box office in its day, grossing $10 million against a $500k budget, and making way for a revolutionary new business model, in effect pulling the industry out of debt. More importantly, his convention-shattering aesthetic subverted predominant storytelling structures employed by Hollywood’s white monarchs, whose limited worldview made way for a blinkered kind of artistry during the industry’s so-called “heyday”.

But Peebles was not the only artist behind such a revolution. Black students enrolled at UCLA’s film program created “a watershed body of work … between the late 1960s and the mid-1980s” that strove to “create an alternative [narrative] … to the dominant American mode of cinema, an unwelcoming and virtually impenetrable space for minority filmmakers … [with the aim of] humanizing Black people on screen.” (Field) 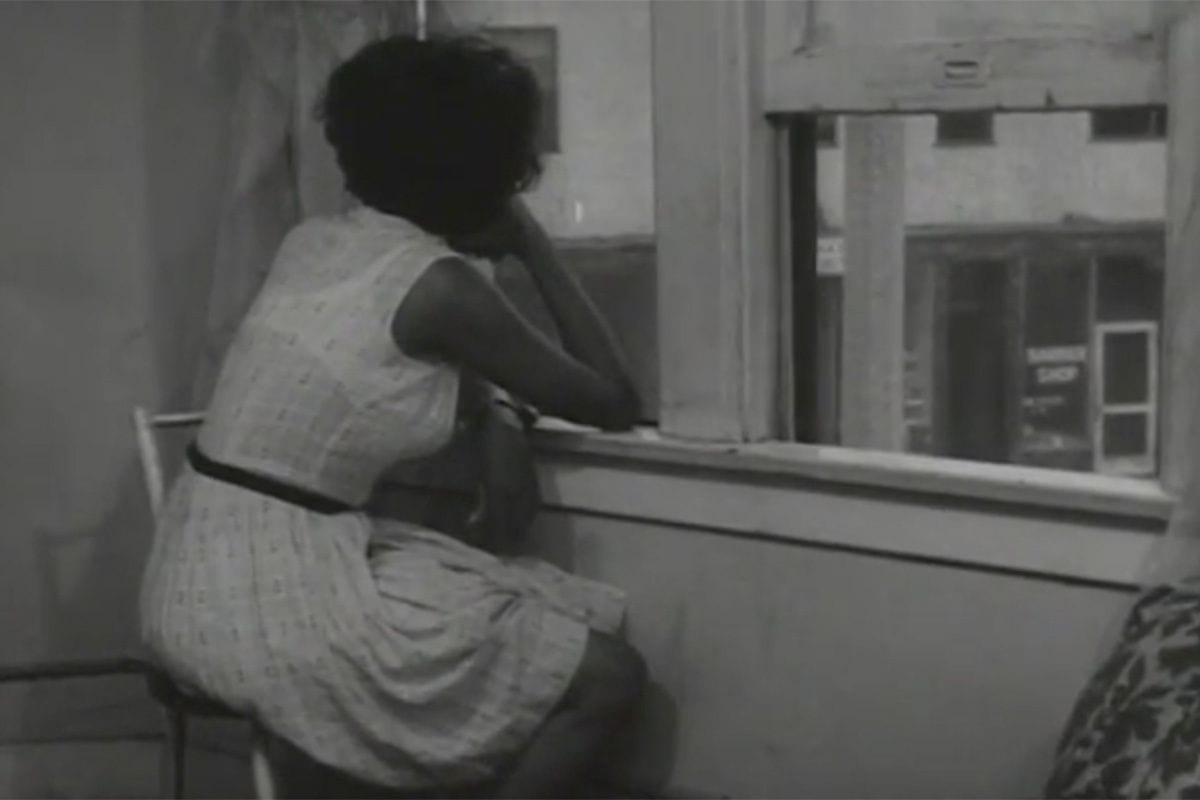 This group of filmmakers, known as the L.A. Rebellion, worked not only to fight against restrictive industry standards, but also against harmful filmic representations of people of color. After all, said elements operate as mutually-constitutive aggressions. Rigid storytelling standards and epistemically-violent portrayals within those narratives work in tandem, constantly informing each other. One cannot eliminate racist on-screen images without eliminating the structures that condone them in the first place.

Filmmakers like Charles Burnett, Julie Dash, Jamaa Fanaka, and Zeinabu Irene Davis “elaborated [on] distinct elements of Black culture… [to] present the economic status of their subjects as the result of structural oppression, not simply something to overcome and not as a cultural deficit” (Field). L.A. Rebellion filmmakers, like Peebles, were committed to “revealing the real-world material, psychological, and spiritual challenges that Black people face in a racist society” (Field). 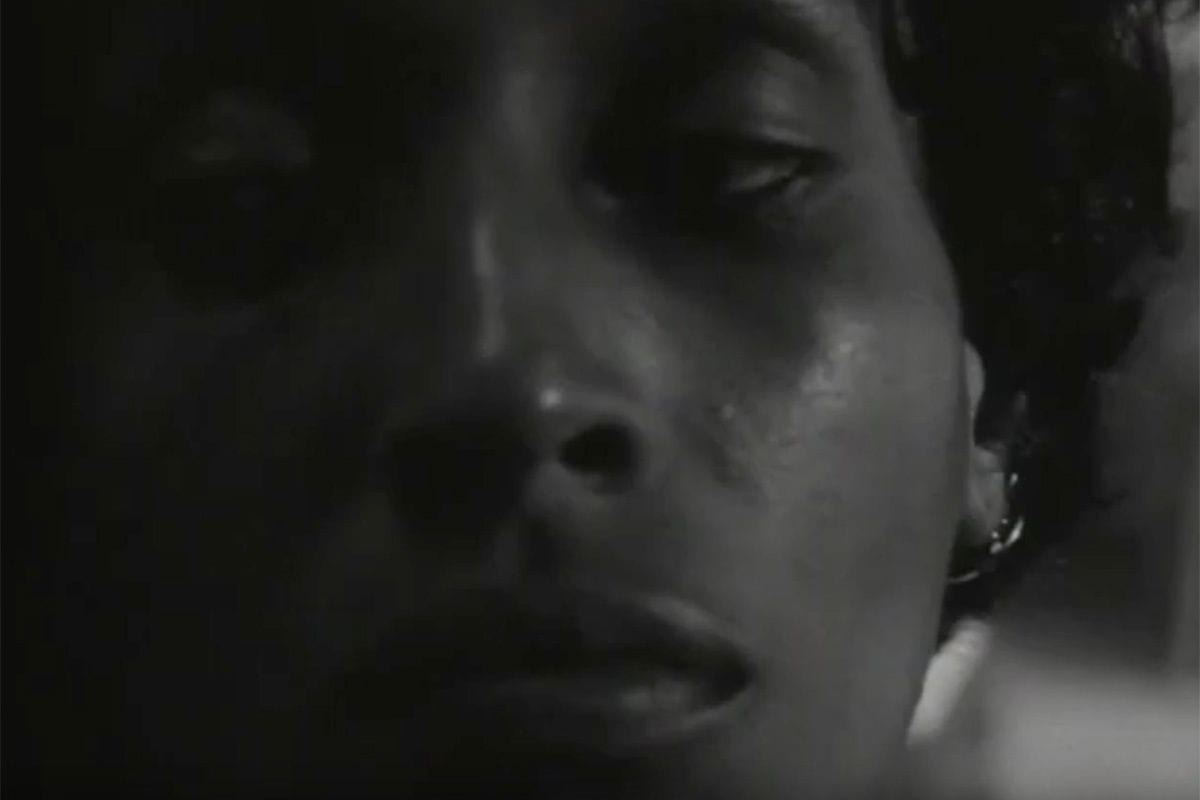 Haile Gerima remains one of the most influential filmmakers to come out of the L.A. Rebellion. Born and raised in Gondar, Ethiopia, Gerima moved to the United States and enrolled in the University of California in 1970. His thesis film, Bush Mama (1975), remains a watershed work, blending vérité realism with agitprop avant-gardism. It follows Dorothy (Barbara O), an impoverished mother who faces unemployment and discrimination while her husband T.C. (Johnny Weathers), a Vietnam vet, remains behind bars for a crime he did not commit.

In an August 2016 conversation at the International House in Philadelphia, Dr. John L. Jackson Jr. spoke to Gerima about his career and advice he gives to young Black filmmakers. Gerima’s key takeaways aim to set the narrative straight about filmmaking as an art form (as opposed to mere entertainment), as well as the nature of the L.A. Rebellion as a movement of resistance.

Gerima comments: “UCLA thinks they created us. It is very tragic. It is in spite of UCLA that we were born.” He goes on to note, “To me, the historical engine that gave birth to us is something unique that needs to be fleshed out, without being opportunistic about the way white America cherry-picks … the creative process.” Gerima makes sure to contextualize the L.A. Rebellion against the violent, predominantly-white system it worked against, and to note how that same system tried to co-opt the movement it worked so hard to silence.

He then calls for the recognition of cinema as a “hydrogen bomb”. He tells us: “To me, the cinema is a war zone … For any filmmaker who doesn’t know, the battle against Black people around the world is to kill their continuity … we are collective, and have a communal base to be a part of.” Here, Gerima validates the L.A. Rebellion’s occupancy among a larger, confluent narrative of storytelling within the African diaspora. He also makes the Black experience directly analogous—inseparable, even—to the cinematic form: “continuity” operates as both film terminology and the key aspect of a person’s lived experience.

Most important, he emphasizes that “it is not about the individual. We have to look at collective cinema.” Here, Gerima is not deriding personal narratives. Rather, he is urging us to recognize each story’s function in the broader historical framework of resistance. Collectivity breeds sustainability, isolation makes way for destruction. The Black narrative is not a fragmented concept, easily corralled by compartmentalization or capital. It is a multilayered and ongoing reality, and filmic narratives must accurately reflect that.

At the crux of the interview, Gerima asserts that “critical discussion transforms art”. This statement returns us to Bush Mama, a film teeming with critical discussion. It is also a film of critical transformation, deconstructing preconceived notions about cinematic styles exalted in the whitewashed cultural pantheon. Such films are usually compartmentalized pop cultural items separate of a continuous historical identity, and often borne of the same eras (i.e., the French New Wave) linked to resistance movements like the L.A. Rebellion. 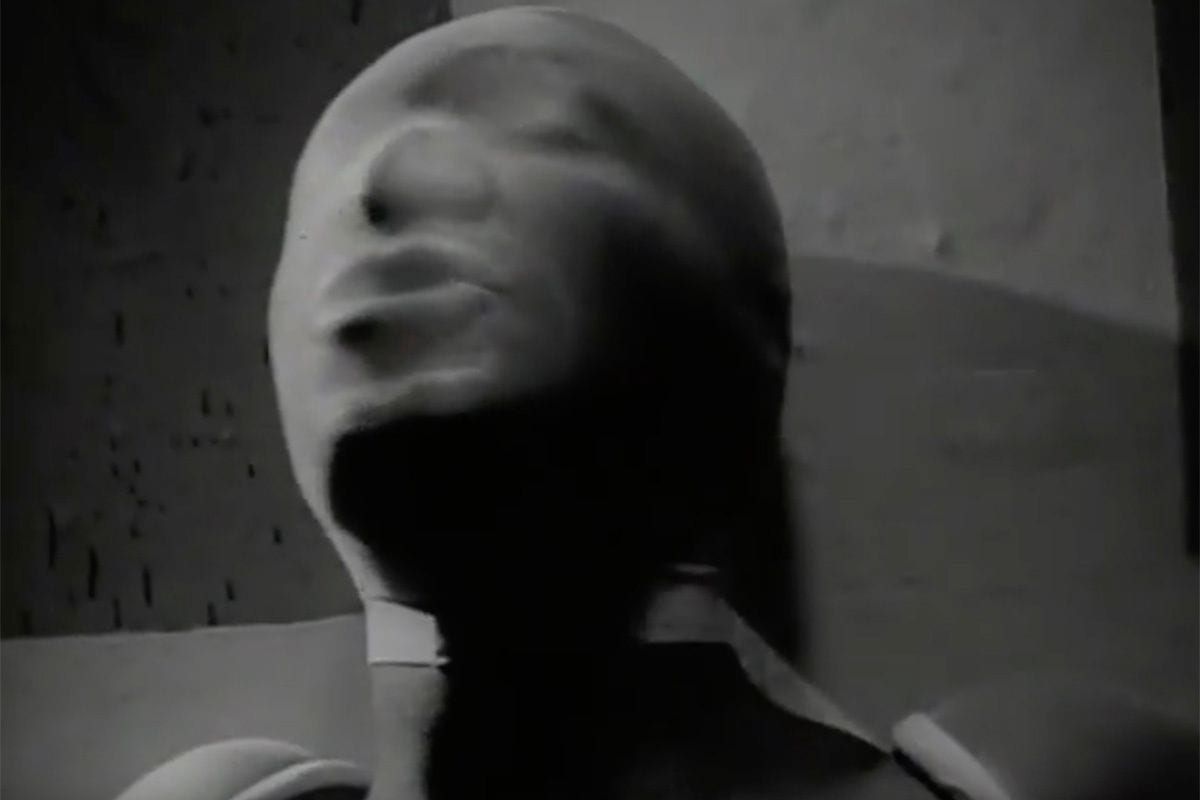 A film like Jean-Luc Godard’s Breathless is a prime example, not least due to the upcoming release of Benedict Andrews’ Seberg, a big-screen biopic of the film’s star that delineates her involvement with the Black Panther Party and the life-ruining COINTELPRO harassment that followed it. (It should be noted that Seberg has received mixed reviews for approaching its topicality with the exact tactic groups like the L.A. Rebellion combated: the polished, and sometimes violent, studio system veneer).

Breathless’ radical departure from conventional cinema structures (i.e., handheld cinematography, jump cuts, narrative discontinuity) has inspired myriad cinematic progeny to break rules and challenge hegemonic, aesthetically-oppressive norms during the creative process. One must ask, however: what, exactly, is Godard rebelling against? Mainstream filmmaking traditions, sure. This might not spell commercial success for Godard, but rarely does an artist win overnight plaudits, or money, when first venturing down “the road less traveled”.

Breathless was an act of aesthetic defiance, but did this defiance operate in conjunction with Godard’s positionality, or lived experience? Did it directly affect his livelihood?

The different movements in question here exist not as siloed phenomena, and experience profound overlap in their stylistic innovations and disobediences. But they are breaking boundaries for different reasons. A certain humanity remains at stake in the films of the L.A. Rebellion, especially a film like Gerima’s Bush Mama, which looks at Black womanhood, subjugation, poverty, police violence, and structural oppression with fraught realism. (And later experimental bleakness, specifically in the final scene, via high-contrast cinematography, double exposure, and sonic discordance.) But when the camera stops rolling, Black lives still remain systematically subjugated and brutalized.

As noted by Jared Sexton in his essay “People-of-Color-Blindness” Bush Mama is characterized by “ceaseless, frenetic action and escalating turmoil … captured brilliantly by Charles Burnett’s tense and jagged cinematography,” but that the film’s most lasting impact is in its “recurrent torpor and heaviness, its palpably depressive atmosphere, its leitmotif of exhaustion” (Sexton).

In filming Breathless, did Godard’s ceaseless, frenetic action and jagged cinematography make room for torpor and heaviness? Did the director, or his actors, have to contend with such real-life heaviness when filming wrapped?

This is not to indict Godard, or his contemporaries, for dabbling in fictitious narratives. It is not to accuse them, either, of unchecking their respective privileges. This does, however, validate Gerima’s assertion of filmmaking, specifically Black filmmaking, as both a war zone and a necessary forum for social action.

In the essay “New U.S. Black Cinema“, a concept dubbed “The Realness Dimension” is brought to light. Author Clyde Tayor notes under this section:

“[The] camera crew [for Bush Mama] was accosted by the Los Angeles police… The evidence of their actions is recorded objectively in cinema vérité…[for] the film. These shots make a fitting prologue because Bush Mama is about the policing of the black community.”

Tayor’s revelation, of the blurred line between fiction and reality, thusly de-blurs the line between the L.A. Rebellion and its “kindred” movements.

Thus, Haile Gerima’s Bush Mama remains a critically transformative film, particularly in its most subliminal, yet important, proclamation: the days of separating “art” and “artist” are over. For in Black cinema—whether in Gerima’s examination of African-American hardship, in Barry Jenkins’ intersectional analysis of race and sexuality, or in Camille Billops’ genre-defying portraits of Black middle class life—those days never existed to begin with.