Jon Savage
This Searing Light, the Sun and Everything Else: Joy Division: The Oral History
Faber & Faber

Inside a catalog of forthcoming books, Faber & Faber refers to Jon Savage’s This Searing Light, the Sun and Everything Else: Joy Division: The Oral History as “the last word on the band that ended with the suicide of Ian Curtis in Macclesfield on May 18, 1980.” It seems a little presumptuous to say that this book will be the “last word” on the subject of Joy Division, not that some closure wouldn’t be welcome at this point. Between Peter Hook’s memoir, Unknown Pleasures: Inside Joy Division (It, 2013) Bernard Sumner’s memoir, Chapter and Verse: New Order, Joy Division, and Me (St. Martin’s 2015), Deborah Curtis’s memoir, Touching From a Distance: Ian Curtis and Joy Division (Faber and Faber, 2005), both a biopic (Joy Division, Gee, 2007) and a documentary, and some repackaging of the same songs fans have known and loved over the decades, it feels as if Joy Division has been discussed into the ground, sucking all of the mystery out of a band that was once shrouded in the stuff. Is there any marrow left in that bone? Or is This Searing Light just another way of giving people their Joy Division fix when the cupboards are all bare?

Author Jon Savage (interviewed with David Chiu, here on PopMatters), the compiler and editor of all the interviews here, was a source close to the band as well as the Factory Records team that helped launch a musical movement in Manchester. Given all of the front line accounts during this furtive punk moment in the late ’70s, it appears that Savage was able to come away with some new angles to the old story — Ian Curtis’s personal dilemmas in addition to his epilepsy, the severity of said epilepsy, the band’s inability to understand it all, the manager and the label boss’s failure to act properly, and the multitudes that witnessed it first hand and have never forgotten the impact it left on them. As much as the story of this band has been pillaged, This Searing Light proves that there were still more Joy Division stories to be told. As far as I’m concerned, it’s perfectly okay if there’s now nothing left to tell.

This Searing Light pulls together recent interviews with the surviving Joy Division members, members of their contemporary bands such as the Buzzcocks and Cabaret Voltaire, photographers, and eyewitnesses, and is supplemented with past interviews with the now-departed Factory Records founder Tony Wilson, record producer Martin Hannett, the band’s manager Rob Gretton, and journalist Annik Honoré. Surviving Factory players Alan Erasmus and Peter Saville are there to round out the picture, with a few rare reproductions of Saville’s distinctly cryptic graphic designs. Photographers including Kevin Cummins, Jill Furmanovsky, Daniel Meadows, and the legendary Anton Corbijn describe snapping pictures of the band, both onstage during their mesmerizing sets and offstage when no one knew how to pose like a rock star. Music journalists Mary Harron (now a director) and Paul Morley share stories of interviewing the band and reviewing various shows. Eyewitness accounts from fans like Jon Wozencroft and writer Liz Naylor provide a surprisingly reliable narrative to compliment the professional angle. 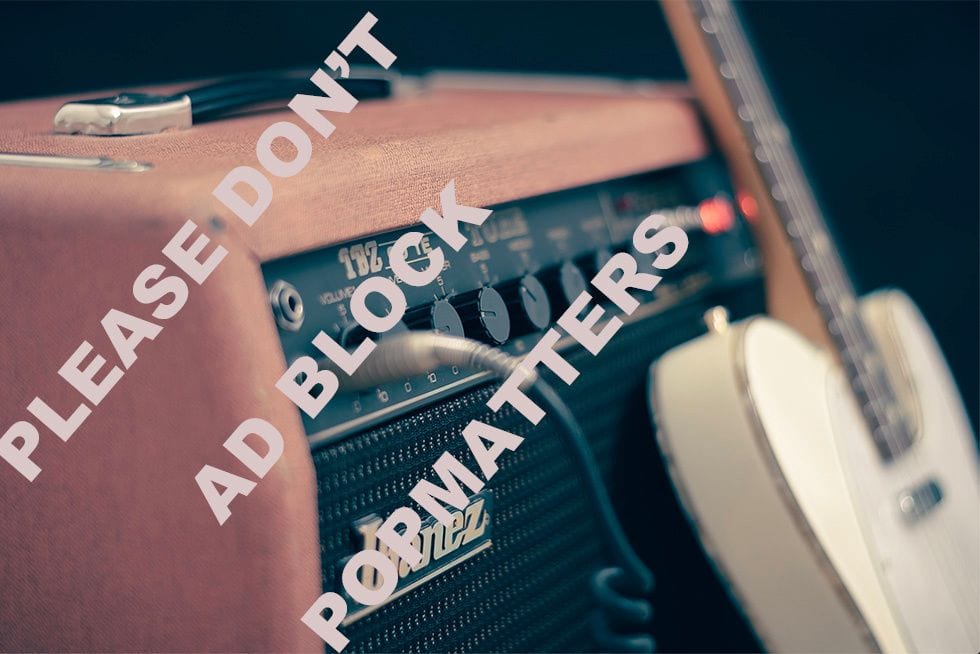 Unlike other oral histories, Savage lists the interview subjects and their roles in the story in a table of contents at the start of the book rather than giving them the full description as they are introduced. As a result, a reader not equipped with an iron-clad memory may find themselves flipping to the beginning of the book quite often when they come across a new name. It’s a minor detail, but it certainly disrupts the flow of the book, something that it sorely needs in its early pages. The first chapters are where everyone is setting the scenes of ’70s-era Manchester with its urban decay and lack of natural beauty. This is also the moment when the interview subjects begin to chronicle their individual childhoods, something that can only be of interest to people from Manchester, seeing as how they are constantly peppered with geographical tidbits and some local color. The differences described between Salford and Manchester don’t exactly leap off the page.

It isn’t until the third chapter when the story begins to move. Tony Wilson was looking to expand his musical influence outside of presenting cutting-edge rock bands on his Ganada Television program So It Goes. This included activities such as giving Manchester gigs to the Bolton-based punk band the Buzzcocks and sprucing up the town venue known as the Lesser Free Trade Hall. The Sex Pistols played a set there in 1976 that proved to be serendipitous for Manchester’s forthcoming music scene. Despite the fact that this fortunate gig has gone down in the record as a turning point in the history of British rock ‘n’ roll, Joy Division guitarist Bernard Sumner and Joy Division bassist Peter Hook don’t seem to recall it being all that great of a show. Memorable, yes. But great? Apparently, the Sex Pistols had set the bar so low, musically speaking, that more than a few people left the showing thinking “I can do that!”

Sumner and Hook ride their scooters through the city, searching for an outlet for their newfound “skill”. Ian Curtis makes an unassuming and paradoxical entrance on the Manchester music scene at around the same time. He wore a jacket with the word “HATE” scrawled on the back, yet he was very polite to everyone he met. He was drawn to William Burroughs and J. G. Ballard just as strongly as he was pulled to the titans of glam and punk, namely David Bowie and Iggy Pop. He was married yet wanted to ingratiate himself into a scene that marriage (and subsequent child-rearing) went against punk rock ethics. If Curtis ever struck you as a larger-than-life enigma that you couldn’t wrap your mind around, everyone’s personal accounts logged in This Searing Light helps to humanize him without demolishing the myth. The skeletons residing in his closet are easier to forgive once you remind yourself that he was only 23-years-old at the time of his death.

Indeed, it would be more difficult to imagine a rock band from this time that didn’t stay up too late at night, drinking themselves silly while engaging in reckless mischief. He became very close to the Belgian journalist Honoré, an affair that, according to everyone concerned, never led to anything physical. This was more a matter of intellectual fulfillment, as Honoré was always giving Curtis the accolades his wife Deborah could never supply. At one point in the book, Deborah admits that she doesn’t blame him for thinking this [NOTE: Savage lifts passages from Curtis’s memoir to round out parts of the story]. Having epilepsy certainly wasn’t his fault. The members of Joy Division and their manager take themselves to task for being ignorant of Curtis’s physical as well as mental state. Crippling depression and grand mal fits? How are a bunch of 22-year-old men supposed to handle that? Somewhere in the second half of the book, you’re reminded that there’s hardly any adult supervision in the equation of constant gigging, constant traveling, poor health, and marital difficulties. Wilson and Gretton were older than the members of Joy Division, but not that much older. Everyone would have to come to grips with their maturity the hard way.

Depending on whose account you believe, Curtis’s personal problems were exacerbated by the prospect of Joy Division touring America. According to Peter Hook, he was excited about leaving for the States. According to others, he was dreading the trip. The truth is, likely, a combination of the two. Curtis is portrayed as a people-pleaser, a man who would say whatever it was you wanted to hear, not least for his wife, his band, or his label boss. Rather than reconcile all of the differing promises he made to others, he let it all build to a painful tipping point. The night before Joy Division were to leave for America, Curtis hung himself.

Not surprisingly, everyone’s recollection of that day is vivid. Tragedy certainly has a way of burning itself into your memory. Deborah Curtis was angry at Ian for having the “last word”. Stephen Morris, Joy Division’s drummer, had a reaction that was not dissimilar to the rest of the band: anger towards Curtis and disappointment in himself. He and everyone else are perfectly willing to admit that all of the red flags were there in hindsight, but they just couldn’t bring them into focus at the time. The reader even gets the impression that Curtis’s previous attempt at suicide didn’t ring the alarm bells loud enough. To their credit, Curtis’s need to please came through even during the worst of times. A simple “I’m fine” from him was enough to keep everyone rolling along, despite the fact that he was certainly not fine.

On page 304, Deborah Curtis admits that her late husband was “a very good liar, he was very convincing.” It was at this point that I realized that there’s room in the Joy Division universe for a book like This Searing Light, The Sun and Everything Else (the title comes from a series of words Tony Wilson throws together in a state of euphoria when describing Joy Division’s sound, in case you were wondering) — one that brings Ian Curtis back down to the status of a human being. She and many others close to Ian Curtis take turns chipping away at the Jim Morrison-sized myth that of Ian. Not to bring him down a peg, but to tell it as it was; Ian Curtis was a young man with a romantic angle, looking to channel his love of writing into a musical outlet. Life then became very, very tough as his band went on to surpass his expectations. The crowds grew as the reviews improved. Road manager and founding drummer Terry Mason puts it this way on page 316: “Everyone thinks there’s some deep, dark, mystical secret, and there’s not. He was a nice guy, got into a strange situation, and the only way that he would think of out at that time was to kill himself. Sorry, no secrets. Cut.”