Mary Bragg knows the precise moment that motivated her to write the song “Fixed”.

Waiting on the ramp with her fourth-grade class to enter the cafeteria and go through the lunch line at Swainsboro Elementary School in Georgia, she felt uneasy while hearing the main topic of conversation.

“My classmates were talking about how much they weighed, and I weighed 30 pounds more than anyone else on that ramp,” said Bragg, who grew up to become an accomplished Nashville singer-songwriter. “Considering they all weighed about 50 pounds, it was a significant difference. That’s the first memory I have of feeling overweight, not pretty, and judged for my appearance; I was eight years old.

“The world of makeup and boys came shortly after — and it didn’t get any easier, especially when what I was seeing on TV cultivated that misconception I kind of believed, which was that there was a particular mold for being attractive, and if you didn’t fit that mold, well there were lots of ways you could try to adjust yourself to fit it.”

Answering a series of email questions for this article, Bragg admitted she had trouble expressing those feelings — even in her music — about herself until recently. Her transparency is evident with the premiere of the music video for “Fixed” that is presented today at PopMatters. It’s the first video from Violets as Camouflage, her next solo album, which will be released on March 1. Bragg’s lovely voice and comforting lyrics are on display while conveying the powerful message in “Fixed”.

Shot in three hours by Ian Schofinski at Trace Horse Studio in Nashville, the music video is a simple but splendid concept conceived by Bragg, who used her DIY ethos (and Final Cut app) to take about 12 hours to edit the footage.

The faces and “choir of pizzicato instruments” in the video tell the story, with Bragg (on acoustic guitar) flanked by two musicians from the album — Kristin Weber on fiddle and Jimmy Sullivan, Bragg’s longtime bassist and the man she married in 2008.

“I wanted Jimmy’s and Kristin’s brilliance on display,” Bragg said. “Their playing added so much incredible color to the song in the studio, and it felt right to extend that to the visual representation of the song.”

Check out the music video now, then learn more about Bragg’s impetus to become a musician, how she was able to finally express her emotions through song and finding personal fulfillment without needing to make “the fairytale wish” mentioned in “Fixed”.

With parents (her trumpet-playing father has a master’s degree in music and still conducts the church choir) and three older siblings who sang and hit the right notes on the piano and flute, Bragg couldn’t help but soak up that family inspiration at a young age.

“We listened to a lot of vinyl and cassette tapes when I was just the little kid following my siblings around,” Bragg said. “Those days probably had more influence on me than when I was old enough to realize it.”

She also credits Charles Doster and Sharon Weatherford — “the best choral teachers in grade school that anyone could ask for” — for contributing to her musical growth.

While Bragg was at Swainsboro High School, the local Episcopalian church invited to pay her way to attend a songwriting camp in a much larger southern state to the west where she joined “a bunch of Texas folkies who were trying to teach a bunch of teenagers how to write.”

Just starting to play guitar and only knowing about five chords, Bragg wrote a song from the heart about experiencing the loss of one of her first cousins, who had died unexpectedly around that time.

“The song was written pretty terribly,” Bragg said, “but it was a cathartic experience for me.”

Earning a degree in journalism at the University of Georgia, where she also was trained in classical voice by Stephanie Pierce, Bragg furthered her education at Oxford University by taking on Shakespeare during a semester-long study abroad program.

With a move to Nashville in 2014 (“It was absolutely the right decision,” she said), Bragg found the tools and connections that enabled her to “write better songs” that she craves to sing on the road. The release of Lucky Strike in 2017 prompted Noisey to hail her as an Americana Queen. (“There’s no crown,” her highness, still understandably honored, dryly points out.)

That claim to fame wasn’t easy to attain, though. Asked what’s the toughest lesson she has learned since becoming a musician, Bragg said, “That it takes way longer than you think it will to build the career you want.”

She admitted it also took awhile to be honest with herself and rely on her own life to provide more material, and even longer to be truthful in her writing.

On Violets as Camouflage, her fifth full-length solo album, Bragg as producer-singer-songwriter and self-proclaimed “chronic learner” plunges into emotional depths that have never been explored. Recorded over a couple of months in her home studio (“a big, nerdy production party”), she cites specific examples of themes weaved through the 14 tracks that made the cut from around 75 she had written.

“The album as a whole addresses many of the things in life that are not as they seem,” Bragg said. “We cover up harsh realities with little white lies we tell ourselves to make a situation more palatable (‘A Little Less,’ and dare I say ‘The Right Track’); we believe relationships are bound for failure when perhaps it’s just state of mind that might need to be altered (‘Fight’); we can be inadvertently deceived by people we love, whether it’s their fault or our own, thanks to the stories we make up in our heads (‘I Thought You Were Somebody Else’),” the latter song’s lyrics eliciting the album title.

Expect many of those songs, along with “Fixed”, to be heard when Bragg begins a 2019 tour this month that includes a stop at the 30A Songwriters Festival in Santa Rosa Beach, Florida (January 18-20), with an extraordinary lineup that includes Jason Isbell, Brandi Carlile and Rosanne Cash.

“Playing gigs like these is a treat,” said Bragg, who closed 2018 at the Bluebird Cafe in Nashville. “They’re ones that took me a long time to fall into, but once I did, they became regular gigs, and I’m so grateful for them.” 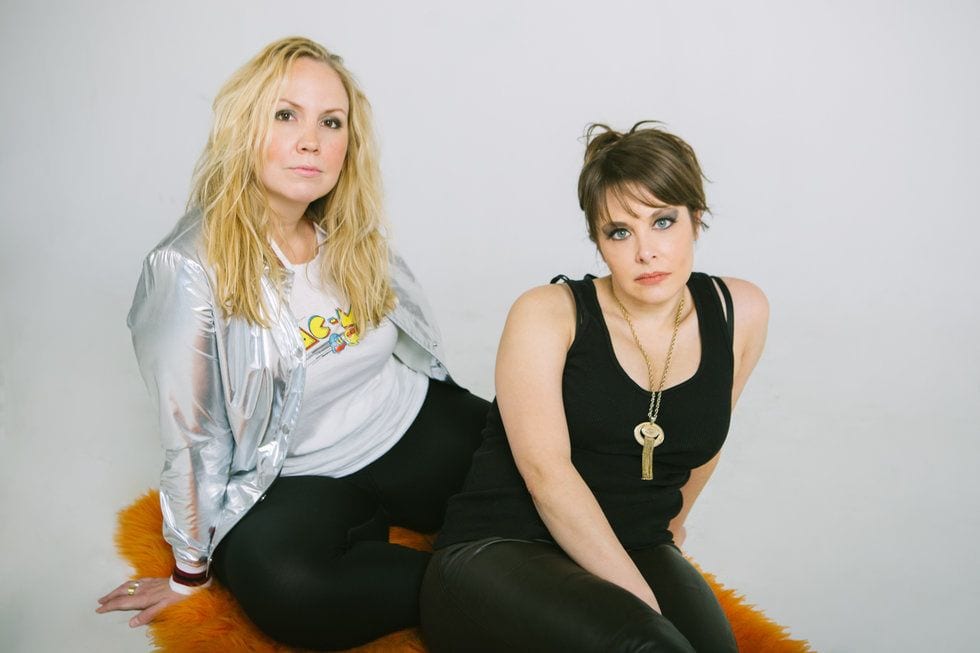 The upcoming three-day event along Florida’s Scenic Highway 30A includes shows at more than 25 venues in South Walton County, and many of the 195 artists (including Becky Warren, Bragg’s friend and co-founder of their side project the Reckless Electric) have Americana on their mind.

It’s an ideal place for performers to network with each other, too. Not that someone like Bragg is lacking for songwriting partners. She collaborated with 12 cowriters on 13 songs for Violets as Camouflage, including Ali Sperry on “Fixed”, Lauren Shera on “Sad Stories” and Robby Hecht on “Fight”. The only song Bragg penned without a cowriter was “The Highest Tower”.

It wasn’t a conscious decision for Bragg to get others involved, though.

“When I’m home, I do a lot of cowriting around town,” Bragg said, while mentioning that she also enjoys writing alone and plans to do more of that this year. “I love it so much and I end up writing with tons of different people from various genres and various levels of experience. I’m a pretty social person, so getting to talk to one person for hours about a particular subject is a thrill for me. And since songwriting is a real puzzle, playing that game with someone else is a beautiful study of the human brain.”

Beautiful, ahem, is in the eye of the beholder, of course.

Which brings us back to the fourth-grader who avoided the temptation to be “fixed” in a physical sense en route to taking her place among Americana royalty. But it doesn’t take a crown to rule, and Bragg finally feels secure enough to share the best-kept secret that she has kept.

“I have this weird mystery mark on the left side of my face,” she said. “Nobody knows when or how it got there. I don’t even remember, but it looks like somebody jabbed my forehead with a lead pencil (nobody did!), so every time my hair is pulled back, someone’s like, ‘Oh, you’ve got something on your face …’ and I explain that no, it’s just my face! (‘ …(you) don’t need to be fixed …’).”

You’re a good, good find / You can make your own light shine / Beautiful star just as you are

“It’s taken me a long time to become comfortable in my own skin,” Bragg said. “I’m a runner now, which helps with the overweight thing (it’s always been a hard-fought battle for me), but what I really want is to love myself all the time, no matter how much extra fat I’m carrying, or whether I’m wearing makeup or some garment that makes me feel better about myself. Easier said than done.”

Maybe so, but facing those difficult challenges head-on is more worthwhile. Let’s forget about those fanciful fairytales where everyone lives happily ever after. Bragg’s true stories that deal with imperfection in the real world are here to stay with your psyche.