Back in the late 1990s and early 2000s, like many a snob, I hated Matchbox Twenty, the alternative pop-rock band behind angsty hits like “Bent” and “Unwell”. I’ve been surprised in the last few years when I’ve come around to realize their lyrical relevance to these times of the COVID-19 pandemic.

Say what you will about Matchbox Twenty – I know I once did. But during this pandemic, at least “Unwell” can provide some comfort. We’re all going “crazy” and we’re all feeling “a little unwell” amidst this time of self-isolation. Even if we’re not on trains “dodging glances” from “talking to [ourselves] in public”, the very real self-doubt that this song describes—whatever circumstances that “[make] me think there’s something wrong with me”—is more universal than Rob Thomas might have expected when he wrote these lyrics about two decades ago.

I published an article on The Good Men Project about how this song has helped me come to terms with my struggles with mental illness, specifically Bipolar Disorder. But for general audiences in the time of coronavirus, as well as music geeks who looked down on this band, listening to this song can provide an outlet for wider insecurities about the future.

Whether those insecurities are economic, personal, or both, Thomas singing, “I should get some sleep because tomorrow might be good for somethin'” reveals an ambivalent hopefulness, or a hopeful ambivalence, that many are feeling right now. More than any other time in my generation’s lifetime, we really don’t know if there will be a future for us. 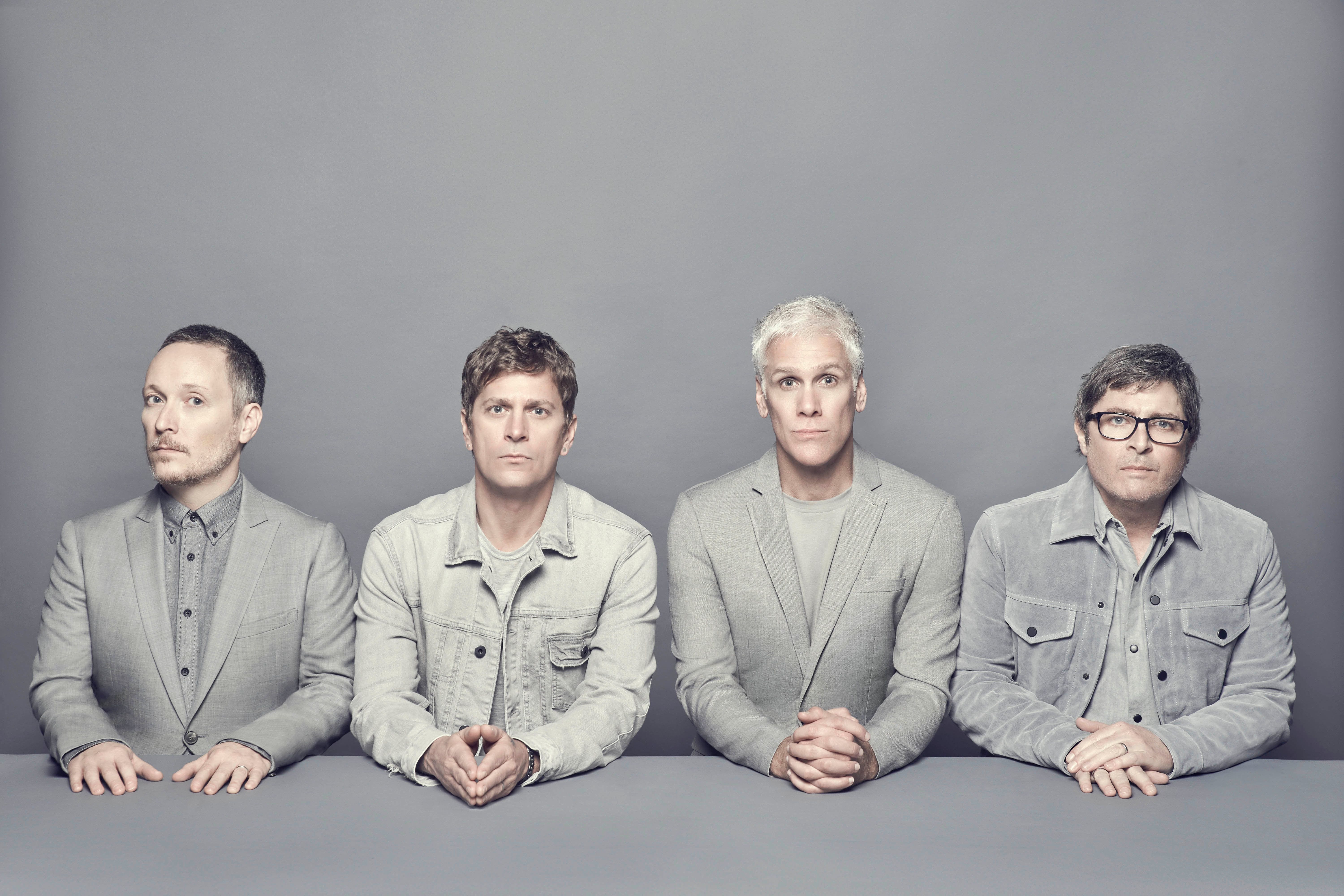 The times of coronavirus are times for reflection—and for forgoing outdated modes of thinking, acting, and doing things the way we are used to. In music and culture, this period feels like a time to rethink snobbery of all kinds. In my article about this song and mental illness, I wrote “Something about a lack of ubiquity makes music more appealing to snobs as we mature into … lesser snobs.” These times of coronavirus are times for forgoing our snobbery about music that is and isn’t overplayed in mainstream venues like commercial radio. Simply put, pop music matters in this time of worldwide crisis in a way that it may never have before.

Musician and historian Elijah Wald published an excellent book, How the Beatles Destroyed Rock ‘n’ Roll: An Alternative History of American Popular Music (see Louis P. Masur’s article about this book here on PopMatters), and some of his most insightful commentary centers on how music critics and people with similar tastes are often detached from how the majority of people listen to music: for dancing and for pleasure. Many geeks and snobs tend to intellectualize how something feels, forgoing our (or others’) visceral gut reactions to music in favor of analysis that redefines how “meta” and pretentious music writing can be.

In the period of Matchbox Twenty’s heyday, the ’90s alternative/indie culture, including among critics, had set in to conspire against many bands that were suspiciously commercially successful. The band’s ’70s classic rock influences led the All Music Guide to write, “They were a little more classicist than modern, but that’s the reason why they became America’s most popular rock band of the late ’90s — even if nobody quite realized they had achieved that status.” In this sense, they were a sleeper act whose huge success surprised everyone.

Amidst the musical landscape of what the All Music Guide calls “post-grunge guitar bands”, other changes were happening in the music world that made popular songs on radio overplayed like never before. The 1996 Telecommunications Act changed the landscape of radio in the US by allowing the deregulation of media markets, and corporations like Clear Channel soon went from owning 40 radio stations nationwide to over 1,200 in less than a decade. With this shift, playlists became more limited, resulting in greater repetition and fewer local DJs (see Tricia Rose’s The Hip Hop Wars: What We Talk About When We Talk About Hip Hop—And Why It Matters which I wrote about in this PopMatters article).

Popular acts at the turn of this century got more airplay than most acts in prior decades could dream of. As Shawn Campbell, founder and manager of CHIRP Radio 107.1 FM Chicago, has argued, the conventional logic in the radio industry was that people abandoned radio. No, she has argued: “radio abandoned people.”

As evidenced by the burgeoning popularity of satellite radio and other alternatives to commercial terrestrial radio in the new century, many listeners would agree that in that era, the mainstream radio industry did abandon people. So, one would be forgiven for never wanting to hear a popular song from that era ever again, given the constant overplaying of songs such as “Unwell.”

There’s something about this record and other Matchbox Twenty songs that keep gnawing at me during this pandemic, however. With the coronavirus, climate change, and other crises, we’re all, at the very least, a little unwell, and I encourage listeners to give some of Matchbox Twenty ‘s older tracks a listen.

In a different way than Nirvana, Pearl Jam, Smashing Pumpkins, and other alternative icons of the ’90s, Matchbox Twenty’s music can tap into a kind of angst that may be more palatable to mainstream listeners today than the grunge that most music histories argue typified that time.

Rob Thomas is a gifted songwriter, and I doubt there’s a better example of his craft at work than the live version of “3 AM” from VH1’s Storytellers, recorded in 2001, with just Thomas singing at the piano. “3 AM” was an up-tempo hit, but Thomas explains how he wrote it about his mother’s bout with cancer and then goes into a slower rendition of the song that’s unexpectedly moving. Certain lines jump out to me when I hear that version: “She says it’s all gonna end and it might as well be my fault” sure sounds different when you realize that it’s about someone potentially dying, not a romantic relationship.

In the days of COVID-19, lines about death take on a new level of gravity. I remember in 2001, there were pronouncements that popular culture would no longer prize irony after the calamity of 9/11. Those pronouncements didn’t stick, with the retrenchment of different characteristics of popular culture giving further weight to the idea that the more things change, the more things stay the same. Still, I wonder how coronavirus will affect popular culture and how much will actually change with the emergence of this crisis.

If it takes coronavirus to make us reevaluate the work of the years surrounding 9/11, what will it take for us to reevaluate art and popular culture in our time? Maybe in another two decades, someone will write a column about how Justin Bieber or Taylor Swift retroactively captured the zeitgeist of a current crisis. And no one will have any reason to object, no matter what they may have thought of those artists before.

I would be remiss if I neglected to mention “How Far We’ve Come”, a song whose lyrics may prove especially prescient. It’s not one of my favorite Matchbox Twenty songs, but when Thomas sings, “I believe the world is coming to an end”, I wonder how much longer we all have left on this planet.

It also reminds me of an idea that Talking Heads leader David Byrne describes in his book, How Music Works, reviewed here at PopMatters, that artistic progress is a myth because, as Byrne writes, “Creativity doesn’t improve.” “How Far We’ve Come”, like much of our culture, assumes that even if we haven’t come that far, we’ve still made progress in society and culture.

What if we haven’t? What if we view “Unwell” as just as creative as the more acclaimed masterpieces of 2002, such as Missy Elliott’s “Work It”, Eminem’s “Lose Yourself”, Beck’s Sea Change, and Wilco’s Yankee Hotel Foxtrot?

Maybe I’m just writing this and overthinking and overanalyzing in exactly the way Elijah Wald cautions listeners about in his book. After all, I am going a little metaphorically stir-crazy with all this self-isolation. But as I wrote in that aforementioned personal essay, I’m okay with being just a little unwell. The larger question is, are we all okay with being a little unwell?