The Red Circle publishing project launched a series of short books in 2018, aimed both at contributing to a growing market for short books (the volumes are each under 100 pages, situated somewhere between a short story and a novella), as well as exposing their authors to a broader audience. Each novel – penned by a writer resident in Japan – is translated from Japanese and published in English.

The latest two Red Circle Minis deal in archetypes; one set in the distant past, the other in the all too near future.

The Refugees’ Daughter is set amid the breakdown of civilization. Climate collapse; glaring wealth inequality; war and revolution; all feed each other and are the inevitable conclusion of the path down which society is presently heading. The apocalyptic future depicted by Takuji Ichikawa (and ably translated by Emily Balistrieri) in The Refugees’ Daughter is realistic in its observation that there won’t be a definitive ‘break’ distinguishing our present from the future apocalypse; it’s simply a matter of human suffering and violence continuing their present growth trend, without meaningful efforts to reverse them, until the numbers of people who live in peace and security are smaller and smaller, and the numbers of precarious refugees across the world grow.

Even the revolutionaries are dystopian in this tale. On one side is ‘The Complex’: the “giant corporations covering the planet and their owners, the politicians and soldiers working to protect the rights of those corporations, and the media that handles their PR… These people are greedy and aggressive; they tend to be arrogant and act as if they own the planet. They’re obese vampires who leach away people’s happiness. To sustain just one of them, a billion people end up in a joyless, anaemic-like state.” An accurate depiction of the present, for sure.

Pitted against them are the deliberately vague “anti-government guerrillas” – struggling to kill the rich and redistribute their wealth and resources to the poor. But they’re violent, killing and raping and mass murdering on their quest to overthrow the status quo.

Struggling to survive between these two sides are the mass of humanity: the refugees. They eke out a living amidst this violence while the rich horde resources and both sides wreak destruction in their struggle with each other.

In this dystopian world, certain refugees start receiving messages from a mysterious, otherworldly source – aliens? Inter-dimensional beings? Time-travellers? The messages offer directions to an escape out of the hateful, violent, climate-ravished world in which they live. Groups of refugees, led by those who receive these signals, embark on risky journeys to find the portal to this utopian promised realm, while government forces and rebels – neither of whom are invited or welcome in the new world – try to prevent their escape, or find the secret portals for their own nefarious ends.

It’s a short, engaging sci-fi tale with a pointed message: the world’s refugees are not a threat, a danger, or anything to fear – they are the hope for our collective future. They are the ones who have experienced firsthand the cruelty of nationalism; the misery of precarity; the hopeless inequity of capitalism and the brute impact of climate change. If a new world is coming, it’s one that will be built by those who understand what’s wrong with the present one. In short: by refugees.

The reality of today’s refugees is reflected in the protagonists’ realization that they don’t really know what to expect when they reach their destination. Is it a trap? A false hope? A dream? A better future? The refugees have no choice but to follow the mysterious directions they receive, because any hope for a different future is better than the precarity and misery of their present.

The fact that it takes so little to dislodge the normative depiction of refugees, by setting them in a sci-fi context as opposed to modern literary realism – rather than victims, they’re grand adventurers trying to save humanity – ought to be a reminder to readers how morally threadbare the contemporary, fear-inducing mass media portrayals of the refugee crisis really are.

The novella works best when it operates at an allegorical level, maintaining a light, abstract, speculative tone and retaining a sense of mystery. The story drags a bit when the author tries to offer more concrete explanations for the sci-fi elements and the alternate world. It’s most successful when it’s reminding us that the meek shall inherit the Earth, and that any new world worth living in must be built on love.

“The power of love frightens them,” one character reflects, referring to The Complex. “Because love is tolerant. It operates on another level from narrow-minded heroism. They’re scared that the people will realise that. A world filled with hateful words is their ideal, right? Punish Thine Enemies. That’s why the weaponised-word mongers are out there evangelising…Hateful words are just like bullets. The media has been at the beck and call of The Complex for ages now. The more hate speech spreads, the more hate grows in people’s hearts. It’s like a zombie virus…”

Ichikawa’s work is a masterful allegory that reminds us refugees are not our enemy; they are the future. They represent our best hope. 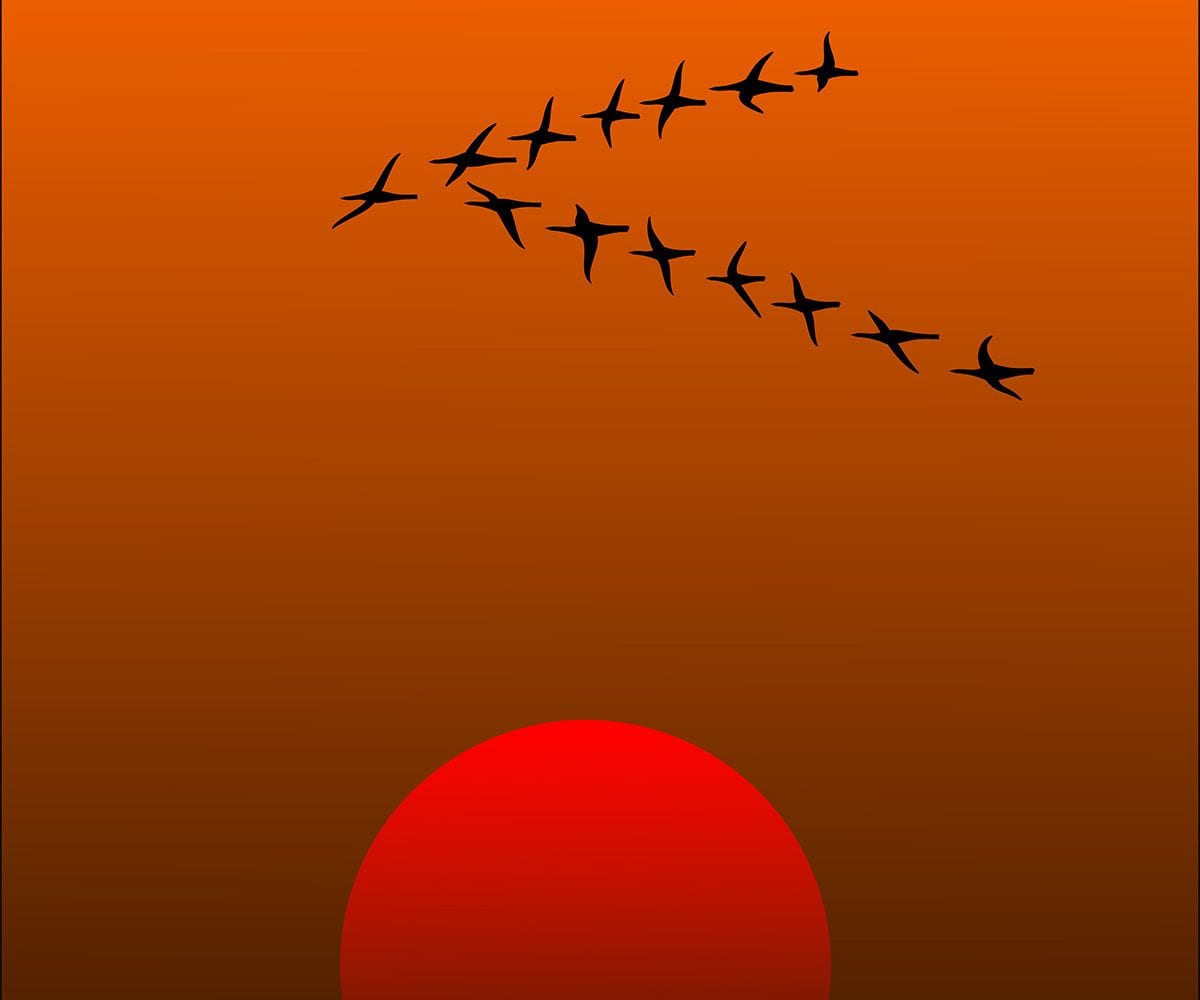 The Chronicles of Lord Asunaro is a highly stylized allegory of a different sort. Author Kanji Hanawa (with translator Meredith McKinney) has set his tale in Japan’s feudal era; it’s written in the style of a historical chronicle relating the life of Lord Asunaro, son of a noble who’s brought up expecting to inherit his father’s realm. He’s surrounded by grovelling retainers who try to educate him in the forms of knowledge he will need to rule well. But young Asunaro is bored, a feudal era hipster who wants to skip the hard work and get to the fun of adulthood. He prefers pranks, romance, fine foods and clothes, calligraphy and gardens to the arts of war or statecraft.

“Why have I chosen to chronicle an unimpressive person such as him?” the author-cum-narrator asks. “It is because in him I saw someone rare for his time, a modern man, no, a normal man, someone who became what anyone in his situation – a life of leisure, deprived of the means of doing anything truly fruitful… – would become. In other words, a man like you or me.”

The mastery of Hanawa’s allegory is that it operates on two levels. On one hand, there is the irony of a young man brought up with access to all the means of becoming someone truly great – a warrior, a feudal leader, a wise ruler – yet who fritters away his life doing nothing of note. A sly poke at the present? At a society full of youth who have everything and wind up simply wasting all the resources of their affluent society?

And yet flip the satire on its head, and it becomes a dig at the grumpy elders who bemoan the incomprehensible aspirations of youth. No, Asunaro is not interested in war or politics or making a name for himself in the history books. He simply wants to appreciate the things he likes, and live a pleasant life. Is that not the most sensible approach for someone lucky enough to be borne into an affluent and secure society? Isn’t that the point of all the suffering which our ancestors went through, to bequeath us a society where we don’t need to worry about fighting and struggling and hardship? Isn’t a society of pleasure-loving fun folk preferable to one full of would-be warriors and great leaders?

Writing his reflections toward the end of life, Asunaro concludes that “benevolence and compassion are of the utmost importance.” A historian cited by the narrator observes that “Fool though he was, his lack of wrongdoing was preferable to mere cunning wit.” Isn’t it true? Isn’t sometimes the boring, the quiet, the quotidian preferable to the shockwaves inevitably produced by those who aspire to personal distinction and greatness? Aren’t most of the world’s problems created by those who take the call to greatness too seriously to heart, instead of sitting back and appreciating the good things life has to offer?

Hanawa’s satire is a particularly effective dig at the values of conservative Japan, hinting that Lord Asunaro’s pleasure-loving leisure is a more noteworthy accomplishment than conservative virtues like discipline and self-abnegation. It’s an allegory that forces self-reflection on all who read it: modern hipsters of leisure and virtue-seeking traditionalists alike.

Hanawa’s pointed social commentary is a delight to read, couched as it is in the form of literary divertissement. In 2018 he produced the similarly pointed, and perhaps even more delightful, short Backlight, also for the Red Circle Minis series. The Chronicles of Lord Asunaro is similar in aim, if profoundly different in context.

The two tales are imminently satisfying additions to the Red Circle Minis collection, and underscore yet again the value and potential of the novella.