Full Circle & Then Some is the sophomore release from Trigger Hippy, the band founded by former Black Crowes drummer Steve Gorman and his longtime friend, Nick Govrik (ex-Highwater). The pair initially started Trigger Hippy in 2009, then, in 2014, were joined by Joan Osborne and Jackie Greene. The group released their self-titled debut album and played a string of live dates soon after, but outside commitments tugged at the group’s core. Gorman and Govrik soon set major plans for the group aside, determined to find a committed and sustainable lineup, while continuing to hone new material.

Enter Band of Heathens guitarist Ed Jurdi and vocalist/saxophonist Amber Woodhouse, who are fully present on Full Circle & Then Some. The album is both diverse and cohesive, the music rooted in American traditions stemming largely from the South, whether the blues-based “Dandelion”, the swamp raga “Born to Be Blue”, or the country-ish “Strung Out on the Pain”. Joined by a range of guests, including Jason Isbell and the 400 Unit’s Sadler Vaden, longtime Willie Nelson harp man Mickey Raphaelor, pedal steel player Spencer Cullum, Trigger Hippy cement themselves as a formidable power with their own identity and dedication to crafting first-class songs that demand repeated listens.

When Gorman speaks of the band, he does so with deep reverence and respect for the style that he and Govrik have forged over the last decade. Trigger Hippy, he insists, is a band worth keeping together and one, he adds, that allows him to avoid past mistakes. In 2016 he began work on his recently-published memoir, Hard to Handle: The Life and Death of the Black Crowes. An unflinching examination of the group’s highest highs and lowest lows, it gives an inside view of the Atlanta-formed outfit’s continuous tumult and ultimate dissolution. In its pages, Gorman details the collective’s struggles to find their voice and then keep themselves together amid drug addiction, internal conflict, and creative differences.

Gorman spoke with PopMatters at length about Trigger Hippy’s latest effort and the decision to write Hard to Handle.

Trigger Hippy put out one album, then had a little bit of a hiatus. What made this the right time for you to come back?

The older I get, the more patient I get and, looking back, I think we tried to force the other band a little bit. But we realized that nothing’s worth doing unless you’re doing it all together. Nick and I continued to work on music, but we didn’t have a sense of what we were going to do with it. Jurdi is a friend of mine, and I ran into him in, I think, 2016. He suggested that if Nick and I were still working, he’d love to come down and see what happened when we jammed. That was the spark. People ask me how long it took to make the record, and I say, “It took the right amount of time.”

You’re starting a band at a point in your career where you understand things that you didn’t at 22 or 23.

That’s a laundry list a mile long. The Black Crowes concurrently had huge success and made huge mistakes. Repeatedly. When you do things out of passion and, in our case, blind passion, your wires get crossed up, and it can go sideways real fast. With this band, if something feels really great, we just accept it. That’s our guide. If something bugs us, we try to fix it. I listen to this album and think, “I wouldn’t change a thing.”

Does this album represent only the songs that you wrote since the last one or is it the best of, say, 35 pieces?

It’s more the latter. “Born to Be Blue” was the first thing we set down, and that really set the tone. We knew that we could let the groove ride for two-and-a-half minutes before the vocal started. We’re producing it ourselves. We don’t have a label. Once that song was in place, the others fell around it. We have a bunch of other songs that we got a basic track for but didn’t finish. That usually tells you that it’s not ready. We might not even identify it that way. The good ones seem to find their way to the finish line pretty fast.

Do you think a lot about melody when you’re working on a drum part?

It depends on the song. “Strung Out on the Pain” or “The Door”, the rhythm section is just a bed. If I hear a song played on acoustic guitar and I hear the melody, get the lyrics, it all makes sense. I generally do a lot less on that tune. My goal is to make it feel good and stay out of the way. The perfect song for me is one where everyone plays the least amount they can think of because they’re just so in love with the material.

What about the live component? Is this something where you say, “Let’s do select dates, take a support slot if it’s right, but we’re not gonna kill ourselves on the road”?

That’s exactly what it is. We want to play a lot of shows, but I don’t want to line up dozens and dozens of shows just for the sake of doing it. We’re going to take everything as it comes. We want to protect the band emotionally and physically. It’s tempting just to book a ton of dates, but that’s the death knell for a lot of bands. This feels special, and that’s worth protecting.

Do you enjoy the process of making records, hearing songs over and over?

Are you surprised when records get out in the world, and people focus on a particular song that maybe you didn’t expect?

For sure. You don’t know what that’s going to be either. The first hit for the Black Crowes was “Hard to Handle”. When we cut that not one member of the band thought it would even make it on the album. I learned real quickly that I don’t have any idea what’s going to connect with people.

You’ve said that part of the impetus for writing Hard to Handle, your memoir, was the passing of Eddie Harcsh. Can you talk about the jump between that initial impulse and making it something where you said, “OK, I’m really going to do this”?

I said for years that I’d write the book, but no one would believe it. It started as a joke when the Black Crowes started turning into a great rock ‘n’ roll band. “Steve, you’re going to have to be the one to write the book.” The idea was that I was the only one who would remember things or keep them straight. I didn’t feel like that at the time, trust me. I was just holding on for dear life.

The way that the band ended, in 2014, with Chris demanding most of the money and all of mine. It left a bitter taste in my mouth. It was an incredibly disrespectful way for a band to go out after 27 years. When Eddie died, in 2016, I had put it all in order. I had a family. I had a new Trigger Hippy record going. I had a national radio show. Ed’s passing surprised me in terms of what it brought to me. I thought I had a full understanding of the finality: The band was gone, and Ed dying just sealed that. What were three years felt like 20.

One day, I just said, “I think I want to write a book.” If there was any sort of agenda, it was that I didn’t want to go to my grave like Ed went to his with a bullshit narrative being spun about how the band ended and how the band operated at its greatest heights and lowest points.

I don’t get the sense that you’re saying anything about the guys that they don’t know about themselves or that you haven’t already said to them.

I would say that’s true. [Laughs.] I’ve seen a few people suggest that it’s an angry book. I don’t think it’s angry at all. I think it’s very sad. I’ll be sad until the day that I die. That’s how it was, and that’s how it ended. But I’m not angry about it. And I’m not bitter. You can only hate what you love. When you stop hating something, you also stop loving it. Our commercial success correlated very well with our ability to communicate and work together. It’s not sad that we lost the commercial success but that we lost the band. You don’t wake up at night and think about ticket sales. You wake up at night and think about friendships destroyed. 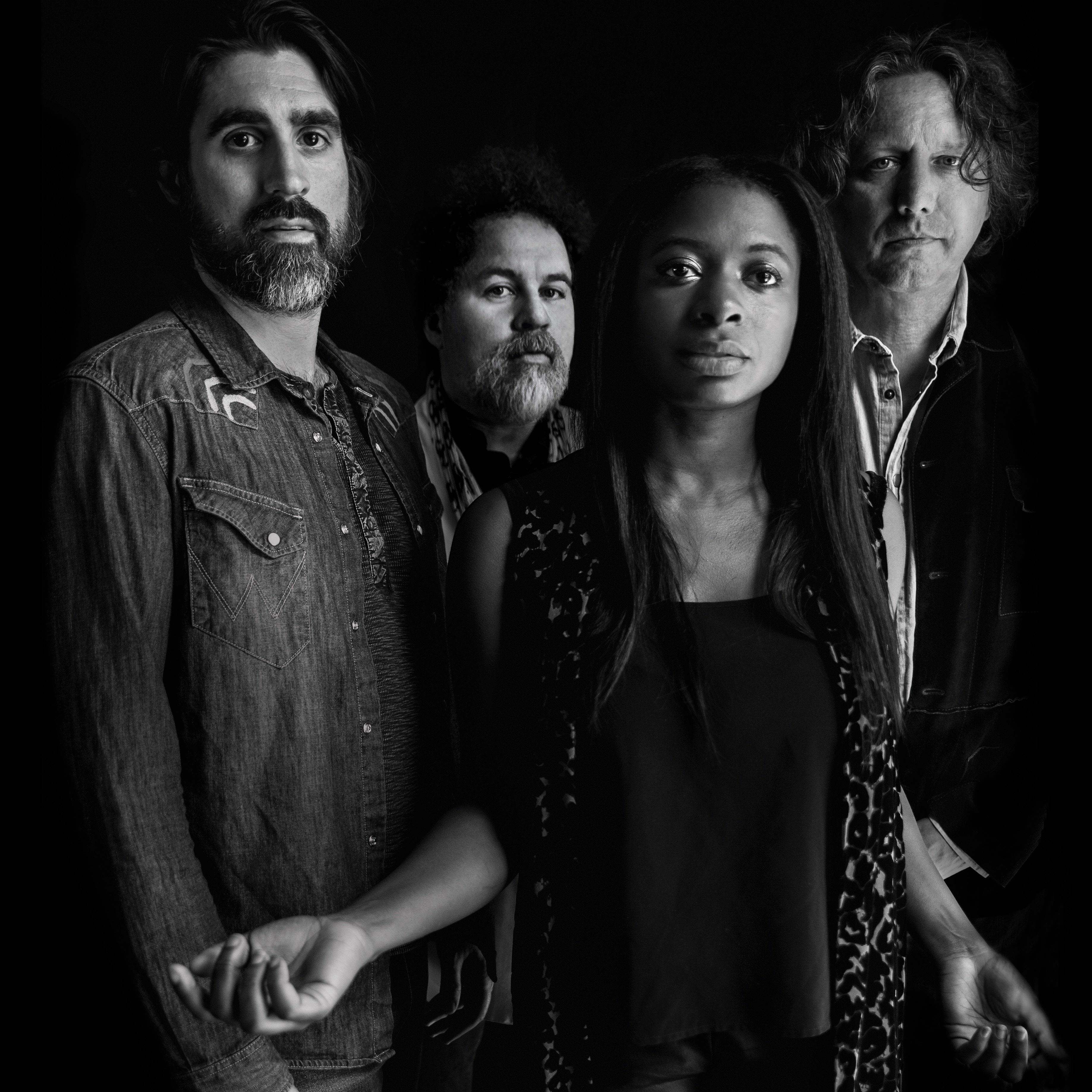 Is this a way to say, “OK. I don’t want to talk about the Black Crowes for the rest of my life. The book’s out there, go read it.”

I’m happy to talk about the book. I don’t necessarily want to talk about the Crowes. The Black Crowes story has a million different authors, and it’s endless. My story is 340 pages, and I’m good at talking about it.

I would guess that your broadcasting career was unexpected.

I was a broadcasting major in college, and my goal in 1986 was to be a sports broadcaster, but I didn’t know what that meant. It’s just what I thought I would do. But the minute I dropped out of school, I put everything into ensuring that I would never have to go back. Then it just happened.

I had an idea in my head for a couple of years. I would listen to sports talk radio, and I thought: I could do that, and not only could I do that, but that I saw a unique angle on it. I talked to a guy here in Nashville and said, “Hey, I want to do a show: It’s musicians talking sports.” That’s all I said. He said, “I could hear that.” That wasn’t a bizarre thing to suggest in Nashville. If I had said that in Atlanta, they would have looked at me like I was crazy.

They knew I could talk and that I could speak clearly and that I had a good voice. Within two weeks, I had an hour on Sunday nights, just trying it out. I knew I was in over my head but also knew that every minute I was on the air, I had a better sense of how it could work. By 2014 it was picked up nationally. It makes perfect sense, but I say that knowing it was pretty crazy that it all happened to begin with.