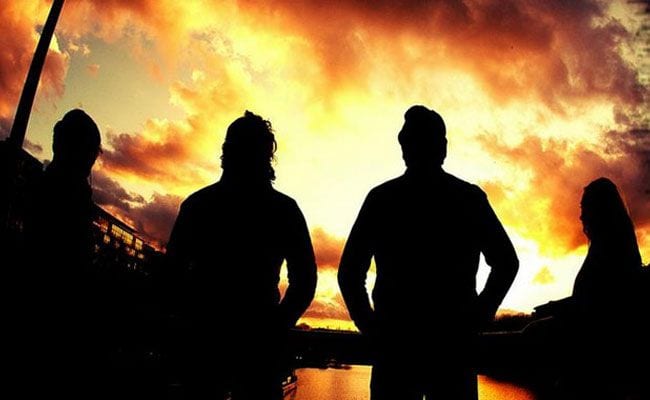 With Coldplay now having jumped the shark, it is safe to say that anyone in the market for emotive, piano-driven rock ought to look to the bands that are now doing (and have been doing) the kind of stuff those weepy Brits have now stopped doing. There are numerous candidates that fit this bill; however, as it turns out, the goal of making anthemic, radio-dominating ballads, is not one for the faint of heart. Embrace, aided by Chris Martin himself, churned out a decent set of piano ballads in 2005’s Out of Nothing, but that failed to stick with the public in any major way. With Life in Slow Motion, David Gray made the album that Coldplay should have made following A Rush of Blood to the Head, but has since moved into more austere territory with works like Foundling.

Despite a broad pool of candidates, no one has been making grandiose, stadium-ready rock in the vein of Coldplay better than Anathema. Beginning with 2008’s intimate acoustic album Hindsight, the Liverpool band, who began their career in the chilly environs of early ’90s English doom metal, took on a sonic that had all the same emotional intensity as their early work without its darkness. The group had already begun this progression in the late ’90s with LPs like Judgment, where the emphasis is heavily on atmosphere. 2010’s We’re Here Because We’re Here ushered in a new era for Anathema, expanding on the moods and arrangements of Hindsight in a major way. In 2012, the band expanded on their gains even further, forging a beast of a public breakthrough with Weather Systems. Songs like the 12-minute opus “Untouchable” and “The Storm Before the Calm” reveal how far Anathema has come in their chameleonic sonic journey, in the process highlighting the fact that the prog circles the group gets lumped into are just as poised as any other artists to break in a big way. The only surprise with Anathema at this point is that it hasn’t sold as many records as Coldplay. A Rush of Blood to the Head is a solid LP, but it can’t hold a candle to the lush arrangements and vocal interplay of tearjerkers like “Untouchable, Pt. 2”.

This jaw-dropping streak from Hindsight to Weather Systems was capped off in 2013 by Universal, an incredible live CD/DVD that documents a “Very Special Night”-type concert at the ancient Roman theatre of Philippopolis in Plovdiv, Bulgaria. Taking the best cuts from We’re Here Because We’re Here and Weather Systems and backing them with a full force of a philharmonic orchestra, Anathema encapsulated all the strongest parts of their musical personality all in one evening.

distant satellites, the group’s latest effort for the K-Scope label, doesn’t at all divert from the path Anathema has set itself on. The emotional highs hit with the thrust of a great symphony. The vocal interplay between Vincent Cavanagh and Lee Douglas remains enchanting. The lyrics, though vague (Example: “And you came to me in some way / And my life / Will never be the same”), bring all the urgency that has come to be expected of Anathema’s music. distant satellites even opens in the same way that Weather Systems does: with a cathartic mini-epic that begins with a crescendo-centric first half and a tranquil second half, with the latter being anchored by Douglas’ ethereal, gorgeous vocals (“The Lost Song”). However, while it’s true that there is beauty in the familiar, on distant satellites the music feels a little too familiar. For better and for worse, Anathema have set a high bar for themselves, and though on the whole they remain as impressive as ever, it sounds a little too comfortable with its own sonic repertoire.

Additionally, by opening in a way identical to Weather Systems, distant satellites succumbs to the same weakness that otherwise noteworthy album had, namely the problem of frontloading. The best tracks on this LP all come at the beginning (the epic “Lost Song”, the delicate “Ariel”); after that, the album not only loses emotive power by diminishing margins, but it also becomes more scattershot. The title cut is a reminder that Anathema hasn’t always fared well in bringing electronics into the mix (see the weird vocoder on the A Natural Disaster cut “Closer”). Furthermore, briefer tracks like “You Are Not Alone” and “Firelight” feel interstitial rather than substantive; the latter’s meditative mood seems like it’s supposed to be a comedown from the Porcupine Tree-esque build in the former, but at only a few minutes that build feels like an fragment of a bigger idea. Even though the opening four tracks of distant satellites may be by-the-numbers Anathema at this point, they’re executed with precision and power by a group of supremely talented musicians. That the latter end of the LP gives way to less satisfying fare, then, becomes all the more disappointing.

Even in the muddled latter half of the record, however, there lies a fine reminder of why Anathema is so special, and it comes in the form of a tune that bears the same name of the band itself. Beginning with a terse piano ostinato, “Anathema” then builds into the kind of climax these folks have perfected, the kind that makes them that great outfit that Coldplay could have become had the excesses of pop stardom not gone to its head. distant satellites is not the sound of a band failing, but rather of one who has honed a particular sonic so well that it’s difficult to figure out where it can go next. It’s a situation that’s quite understandable, even in the hands of composers and arrangers as gifted as the members of Anathema. Best of all, amidst the missteps and half-formed experiments, there lie tunes that are just as good as anything this group has ever done. All of this is to say: bring the tissues. Anathema may not be at its most compelling on distant satellites, but what is less than optimal for these artists is still several notches above the rest. In short, it bears saying what really should come as a disclaimer on all Anathema records: bring some tissues. This may be accessible music, but it certainly isn’t an easy listen.