Please donate to help save PopMatters. We are moving to WordPress in January out of necessity and need your help.
Music

The Best Progressive Rock and Metal of 2017

2017 was a year of rejuvenation for progressive rock and metal, with many artists bouncing back from potential hardships to prove just how much they can still offer in terms of trying new things while maintaining what made them beloved in the first place.

On the surface, 2017 seemed like a standard year for these subgenres, with another assortment of spectacular releases from our favorite acts. However, a deeper survey reveals an overarching theme to the past twelve months of progressive music: a rejuvenation of sound and/or spirit. In other words, many artists bounced back from potential hardships—including fan backlash, band dispersion, and even near-death illnesses—to prove just how much they can still offer in terms of trying new things while maintaining what made them beloved in the first place. In that way, 2017 coasted on a relatively transparent and vital relationship between creators and devotees.


As in past years, determining the final cut for this list was no easy feat, as many remarkable works—including Malina by Leprous, The Hay-Man Dreams by Cosmograf, Clairvoyant by The Contortionist, The Optimist by Anathema, Karma by Brother Ape, Pacifisticuffs by Diablo Swing Orchestra, and Amplify Human Vibration by Nordic Giants—stood out and deserved acclamation. In the end, though, we strongly feel that the follow ten records—both obvious and unexpected—are the best progressive rock and metal albums released this year. (Feel free to let us know your own choices in the comments section.) – Jordan Blum

It's not prog unless it's international, and this Australian collective demonstrates a ferocious appetite for the eclectic on its latest release. Melody is always at the forefront here but that doesn't stop the opening, "Dream the Dead", from getting adventurous and dropping listeners into a barrage of harsh sounds at the start that ultimately enhances the enchanting vocal performance from Jim Grey. Others, such as "The Hands Are the Hardest" and "Fill My Heart", proudly walk the fine line between prog and pop, suggesting that the outfit's wide commercial acceptance in its homeland was no fluke. "Songs for No One", meanwhile, takes us into the sturdily reinforced belly of the beast, reminding us that a band can still play by the rules of a genre and still come up with something fresh. And for those seeking a full-on, unapologetic assault on the senses? Look no further than "Will's Song (Let the Colours Run)". If the measure of any prog band is its ability to deliver a long-ish track, one that crosses the 10-minute mark and still feels like a sliver of experience, then Caligula's Horse succeeds with the 15-plus minute "Graves".

Where does a band like this go from here? Ideally, onto wider success outside its homeland. With a little time and attention, Caligula's Horse could be a serious contender for wide acclaim in the U.S., picking up steam with audiences tuned into veterans such as Fates Warning, Dream Theater and Queensrÿche. – Jedd Beaudoin 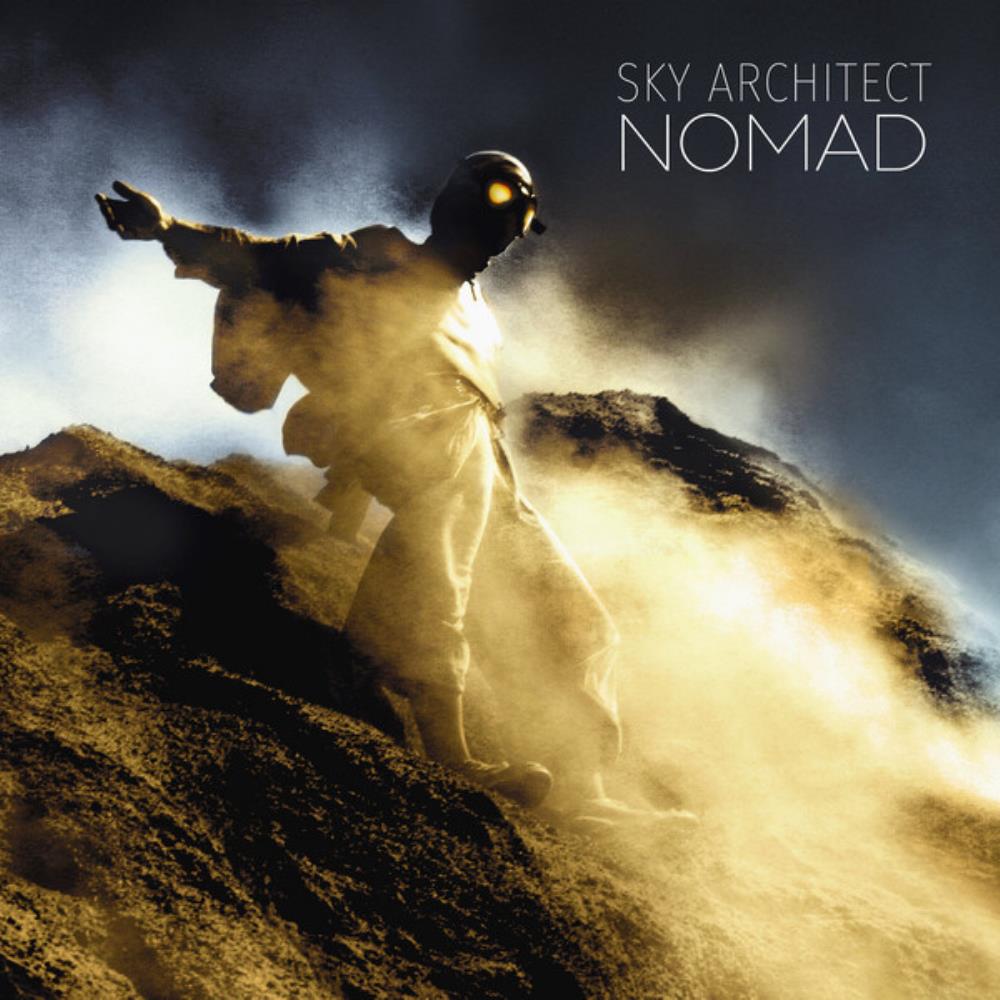 Netherlands quintet Sky Architect are masters of infusing styles like jazz fusion, metal, symphonic rock, and psychedelia into their progressive rock foundation, resulting in a very specific identity. Be it the accessible warmth of 2011's Excavations of the Mind or the opaquer density of 2013's A Dying Man's Hymn and 2013's A Billion Years of Solitude, the band always ensures a fine blend of instrumentation and singing. Fortunately, Nomad upholds that habit wonderfully; in a way, it feels like a reflection on all that came before it while also introducing enough newness to make it stand out on its own. While it doesn't necessary outdo those other records, it surely matches them by providing the most archetypal and sturdy sequence in the Sky Architect universe.

Nomand successfully embodies the essence of "endless deserts, dunes, and post-apocalyptic sand plains" from start to finish. At first, "Wasteland" quickly erupts into an arid jam of intertwined funkiness, with biting guitar riffs and syncopation attacking zany keyboard tones; however, it eventually juxtaposes this frenzy with a synthesis of atmospheric backdrops and Tom Luchies' typically ominous poeticisms, culminating in a very dynamic and representative beginning. Next, "Endless Roads" serves as a relatively mellow breather before the compositional lunacy returns with the remaining pieces; of particular note are the hypnotic hooks of "Sandwalker", the playful motifs within "Nomad", and the yearning horns that give the finale, "Into Singularity", such a larger-than-life quality. Of course, the true greatness of Nomad lies in how seamlessly it melds its many deviations, elevating it into another exquisite example of why Sky Architect is so remarkable. – Jordan Blum 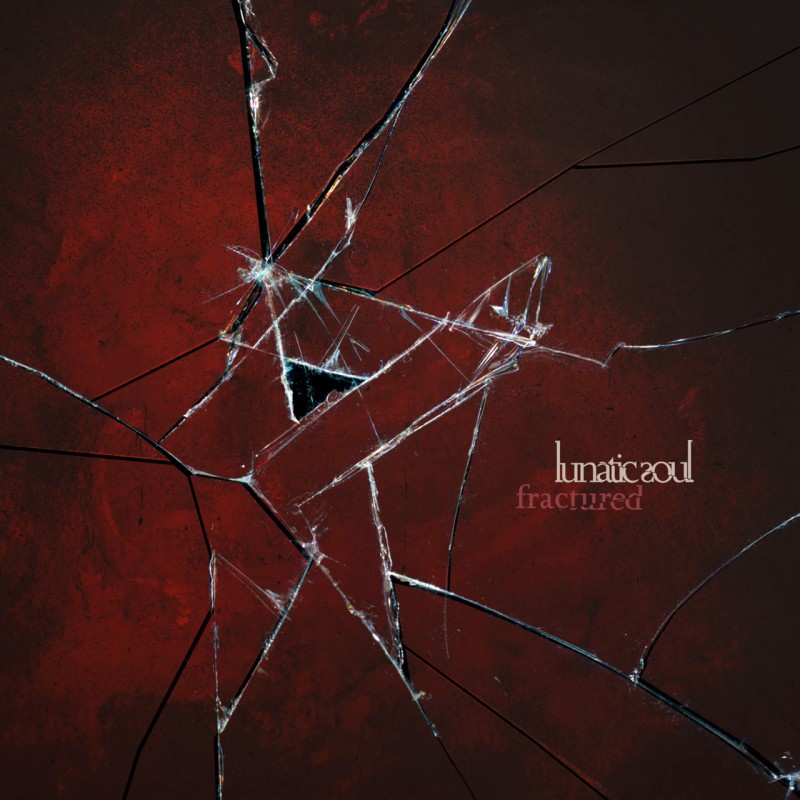 As the bassist/vocalist of Polish troupe Riverside, Mariusz Duda continually proves to be an extraordinarily distinctive and striving songwriter, singer, and musician. What makes his solo project, Lunatic Soul, so surprising, then, is not its exceptional quality, but rather how much it differs from Duda's revered progressive metal outlet. While some of those elements remain intact, Lunatic Soul finds Duda indulging in a wider, more experimental array of structures and sounds (such as ambient, folk, electronic, industrial, classical, and world music). His fourth outing, 2014's Walking on a Flashlight Beam, was easily the best Lunatic Soul effort to date, and its follow-up, Fractured, stands alongside it, purveying the same level of expressive introspection and tuneful boundlessness that always makes Duda's work shine.

Meant as "an album of catharsis after a challenging year in [his] personal life"—including the death of Riverside guitarist Piotr Grudziński in February 2016—Fractured permeates with clashing emotions. Opener "Blood on the Tightrope", for example, is both cautionary and reflective as it mixes bustling percussion, mournful piano chords, bouncy bass lines, acoustic guitar strums, and other elements into a captivating declaration of defiance and acceptance. From there, the tender melodies and strings of "Crumbling Teeth and the Owl Eyes" and "A Thousand Shards of Heaven" yield two of Duda's most beautiful pieces ever; in contrast, "Fractured" delivers his emblematic hodgepodge of addictive counterpoints before "Battlefield" overwhelms with its demonstrative gracefulness and epic soundscapes. In total, Fractured is a simultaneously empowered and fragile statement that further validates Duda as one of the most important artists in modern progressive music. – Jordan Blum 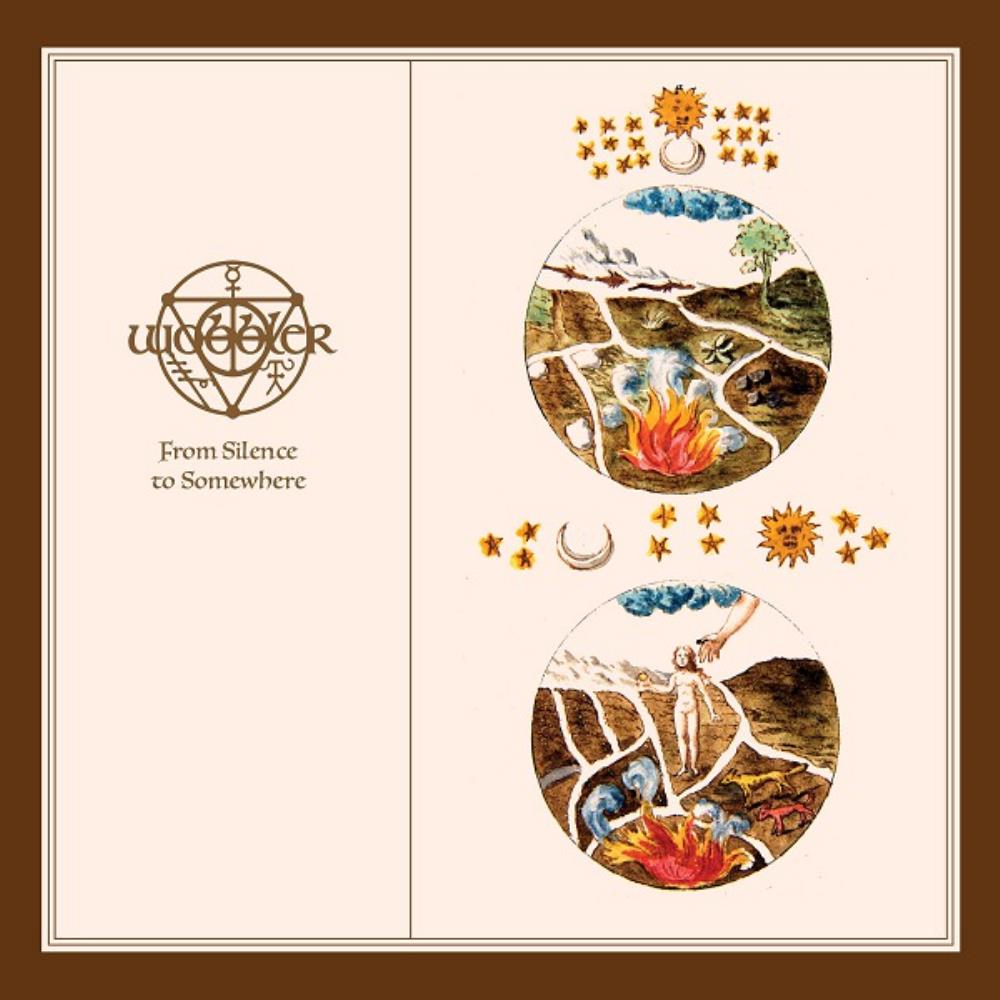 This Norwegian outfit has made just a handful of records since forming in the late 1990s, but what it has not put forth in quantity, it has more than made up for in quality. This first platter in six years finds the sextet in fighting shape. Fans of Kaipa, The Flower Kings, and other Scandinavian prog acts will fully dig the opening title piece, which is nearly twenty-one minutes of twists, turns, and harmonic joys that recalls prog's first prime era while adding dashes of classical and folk music that give full rise to the troupe's sense of invention. (It would be remiss not to mention the role Italian prog rock had in shaping this sound, too. So, there you have it.) The delicate balladry of "Rendered in Shades of Green" adds a nice balance to the weighty opener, while "Fermented Hours" kicks with an abandon that seems as much home in the world of hard rock as it does in the hallowed halls of oversized keyboard banks and capes. "Foxlight" digs into the aforementioned folk and classical leanings, suggesting something that may have just wandered forth from the forests of Norway.

What the record ultimately does is tickle the imagination as one tries to comprehend the apparent ease the collective exudes in its sinewy turns and buoyant melodies and rhythms. One can only hope that we don't need to wait six or more years for another stroll down the path with Wobbler. Then again, waiting that long will only mean becoming more intimate with this and other parts of the outfit's oeuvre. – Jedd Beaudoin

6. Rikard Sjöblom's Gungfly - On Her Journey to the Sun (InsideOut)

When Swedish quartet Beardfish announced its disbandment last summer, nearly every fan of contemporary progressive rock felt the loss; after all, each of their albums ranks amongst the most colorful, catchy, and all-around cherished releases in the genre's history. Naturally, devotees wondered if they'd forever lost that kind of mesmerizingly quirky and intricate formula. Luckily, vocalist/guitarist/keyboardist Rikard Sjöblom's latest solo effort, On Her Journey to the Sun, provides resounding affirmation that as long as he's at the helm, that beloved essence will remain. While his supporting role in the aforementioned Big Big Train is significant yet not especially characteristic, his trademark tasteful and vibrant extravagance is at the forefront of what makes On Her Journey to the Sun feel like a logical evolution of the Beardfish recipe.

With its gorgeous guitar arpeggios, eccentric compositional shifts, and heartfelt phrases, "Of the Orb" is an exceptional introduction that recalls early Genesis and Gentle Giant while still exuding quintessential Sjöblom traits. Like much of the LP, it's a bit more reserved and welcoming than a lot of Beardfish's material, yet it maintains everything that typifies him such a recognizable talent. For instance, "If You Fall, Pt. I", "Over My Eyes", and the title track deliver moving rockers with angelic harmonies and lovely arrangements, whereas "My Hero", "Old Demons Die Hard", and "Polymixia" feature the sort of joyous complexity and/or entrancing storytelling that fans adore. All in all, On Her Journey to the Sun masterfully fills the void left by Beardfish while also cementing the individuality and validity of Sjöblom's own Gungfly project. Indeed, it's another classic in his catalog. – Jordan Blum

Please Donate to Help Save PopMatters

PopMatters have been informed by our current technology provider that we have to move off their service. We are moving to WordPress and a new host, but we really need your help to fund the move and further development.

Popular Culture Is Eating Its History and OMD Are Not Complaining

BTS Master the Art of Timeless, Universal Songwriting with 'BE'

LOG ET3RNAL Is a Dubbed-out Beauty of Soft, Skeletal Ambience

How Leeds Led the Goth Scene

Pretend It's a City Proves Once Again, You Can't Argue with Fran Lebowitz

Megan Rapinoe's 'One Life' Is Pitch-Perfect

The Mandalorian's Political Allegory: Diversity Is the Way

Pretend It's a City Proves Once Again, You Can't Argue with Fran Lebowitz

Popular Culture Is Eating Its History and OMD Are Not Complaining

The Mandalorian's Political Allegory: Diversity Is the Way

COVID-19 and Our Purgatory of Consumerism

How Leeds Led the Goth Scene

BTS Master the Art of Timeless, Universal Songwriting with 'BE'

LOG ET3RNAL Is a Dubbed-out Beauty of Soft, Skeletal Ambience

Elvis Costello Gets Dark and Brooding on 'Hey Clockface'