It’s one thing for Kino Lorber to unearth and refurbish forgotten cinematic obscurities, often previously unreleased on disc, and it’s another level entirely to debut movies that have never even been released in US theatres. (So how can the package claim a PG rating? That’s another mystery.) And thus, out of the blue, we have Diamonds for Breakfast, a caper completely unheard of even to most die-hard American caper buffs.

On the lighter side of escapism, this particular heist caper hails from the year of Norman Jewison’s The Thomas Crown Affair, Eric Till’s Hot Millions and the TV series It Takes a Thief. It follows upon such recent examples as Ronald Neame’s Gambit (1966), William Wyler’s How to Steal a Million (1966), Arthur Hiller’s Penelope (1966), Guiliano Montaldo’s Grand Slam (1967), Delbert Mann’s Fitzwilly (1967, and I’m one of the few people on Earth who admires this movie) and Howard Morris’ Who’s Minding the Mint? (1967). Diamonds for Breakfast comes from deep in the heart of 1968. I don’t refer to the 1968 of political unrest, assassination, war and turmoil, but the escapist 1968 of mod swinging London, psychedelia, and fluffy heist capers. What connects the two 1968s, which seem to dwell in alternate universes? The upside-down-ness, the contempt for law and authority, and the notion of sticking it to the Man and the System. In an increasingly disenchanted world, audiences turned to a new breed of anti-establishment anti-heroes. Let three examples from 1967 suffice: Stuart Rosenberg’s Cool Hand Luke, Arthur Penn’s Bonnie and Clyde and Robert Aldrich’s The Dirty Dozen, and those are the grim ones.

Coming around the bend, and possibly over the cliff, was Peter Collinson’s The Italian Job (1969). Light-minded larceny was in the air, and something else must have been in the water. Notice that three of these films had British directors and six had British co-stars. Something about the English accents must have granted the authority to plan heists, perhaps special dispensation from the Queen. We’re reminded that for years, Deborah Kerr was the only actress in Hollywood whose characters were allowed to get away with adultery; it’s because that accent was so classy.

Diamonds for Breakfast came up with what must have seemed a great idea: pairing Italian heart-throb Marcello Mastroianni with iconic Liverpool dolly-bird Rita Tushingham for an upscale high-fashion lark about robbing crown jewels. Not English crown jewels, but jewels from a Russian aristocratic family of which Marcello is the scion: Grand Duke Nikolay. The Soviet government, represented by apparatchik Popov (Warren Mitchell), is lending the dazzling jewels for an exhibit, as supervised by English police (Leonard Rossiter and Bryan Pringle).

Nikolay or Nicky feels inspired to steal the jewels, or rather steal back his intercepted inheritance, by the visions of his ancestors (as also played by Mastroianni in whimsical appearances and flashbacks), who quote Marx’s dictum that property is theft. “We didn’t say it, we lived it,” declares the spirit of one Tatar ancestor. The ancestors admonish him to use “the family gift”, which has served the male heirs for generations because “they knew how to use it”. Nicky smiles and says, “That’s all very well, but you can’t steal jewels with it,” and he’s advised to use his imagination. 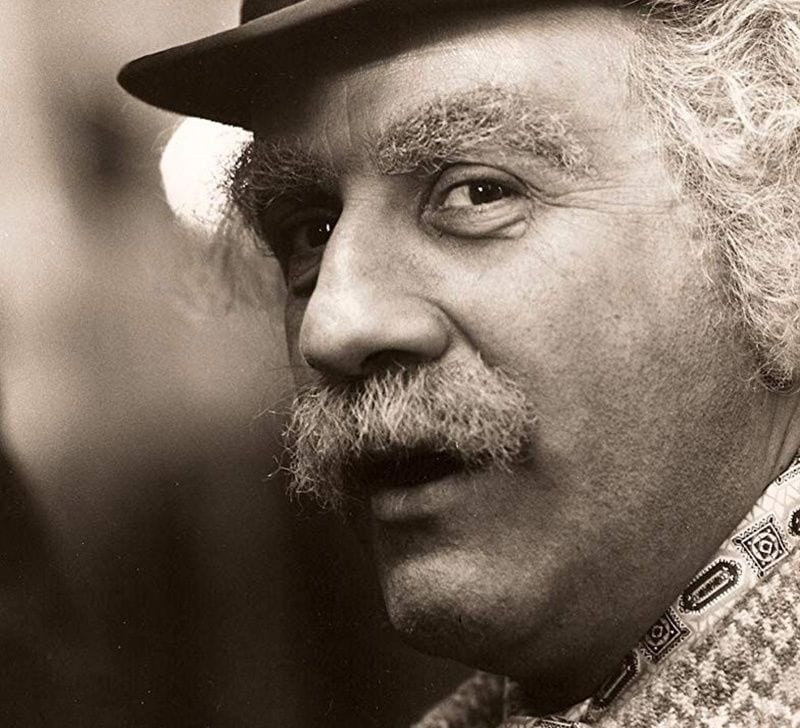 Accordingly, Nicky rounds up a gang of felonious women, all young and foxy, who include “the best cat burglar in the world” (Margaret Blye); the Marxist daughter (Tushingham) of a legendary safecracker; acrobatic triplets (billed as The Karlins) and two other eyefuls (Elaine Taylor, Francesca Tu) who not only make use of Nicky’s “family gift” but keep him exhausted with their demands upon it. The idea here, if we draw it out, is that sex and theft are related and that one can serve as an engine driving the other, or perhaps that the most sexual people also make good lawbreakers.

Why didn’t this movie make the jump over the pond? We can speculate. Even in a genre that didn’t take itself seriously, this example is relentlessly burlesque, cartoonish and unreal. Long stretches seem little more than colorful mugging, flagrantly impractical shenanigans, and broad British character humor. It’s not quite “Carry On Heisting” but it’s all very glamorous and larkish and foolish, even air-headed, from the theme song sung by Mastroianni himself (warbling none too harmoniously) to the frantic slapstick chase after we finally get to the heist in the midst of a fashion show.

The script, credited to N.F. Simpson, Pierre Rouve and Ronald Harwood, could be described as a mess but, upon reflection, it’s not really. It’s just its own free-wheeling nonsense. Simpson, virtually unknown in the US, is an important British absurdist who did most of his work in theatre and TV sketch comedy; I’d like to see Peter Yates’ 1964 film of his play, One Way Pendulum. Harwood is an illustrious playwright and screenwriter whose works include his Oscar-nominated The Dresser (1983) and Oscar-winning The Pianist (2002). Rouve, who co-produced the movie with Carlo Ponti, wrote and directed Cop-Out (1967). IMDB and Wikipedia indicate uncredited input from Ernesto Gastaldi, a busy and important Italian genre writer, and this doesn’t seem too unlikely by association with Ponti. 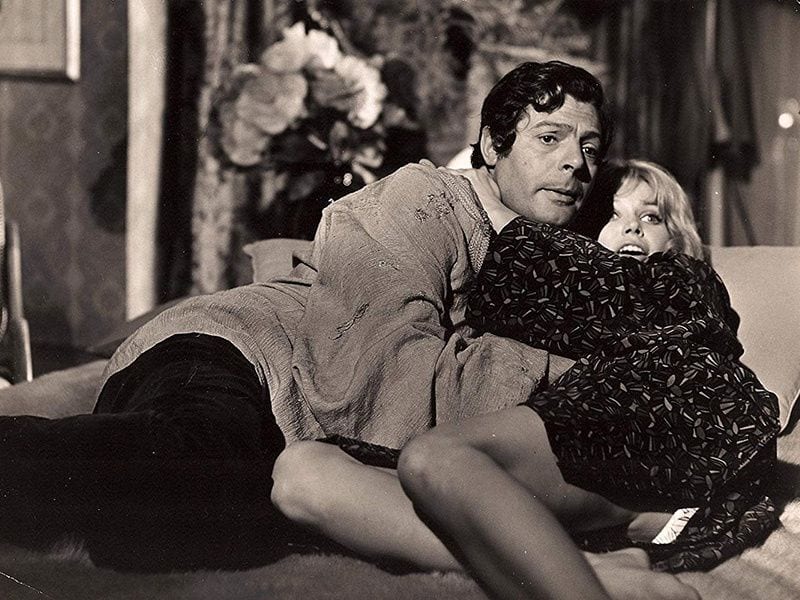 Director Christopher Morahan went on to another “swinging London” movie, the almost-as-obscure All Neat in Black Stockings (1969), before settling into a prominent career in British TV that includes The Jewel in the Crown (1984).

While the movie’s unspooling, certain elements seem clumsy or trivial or obvious or lackadaisical, but somehow, in retrospect, what one remembers are the moments of charm and style. Its unevenness probably won’t spoil the picture for those addicted to the era’s capers (I admit this bias), or for those who just like to see highly idiomatic examples of this very special time in British pop culture. Kino Lorber’s 2K Blu-ray master gives the picture as attractive a showcase as it’s ever likely to have. There are no extras, but perhaps this unlooked-for movie is already an extra.