Sometimes a reader needs careful preparation for what they are about to encounter. This is more than just a cursory knowledge of the writer’s style and recurring themes. Sometimes, if a reader opens a short story volume with no knowledge of the mood and atmosphere permeating through the pages, the effects may be tantamount to a welcome devastation. In other words, a short story collection by literary master Joyce Carol Oates can knock even the most experienced and jaded reader out cold. No matter how familiar one might be with the moods and atmospheres created by Oates since 1962 and scores of volumes (interwoven relationships, dark tales, grotesque horror, gothic romance, naturalistic tragedy), the effects coming from some of the 11 stories in Beautiful Days may be devastating. In other words, you have been warned.

How or where should a mildly curious reader start with this book? First, it should be understood that this is not the best starting point for such a consumer. (For a good primer in the short stories of Oates, the interested reader should pick up
High Lonesom, HarperCollins, reprint, 2007.) Moreover, Oates has never been a casual writer. The intense and at times profoundly alarming tales she’s concocted about generally disturbed people, their doomed lives, and ghosts of all sorts can be overwhelming in their consistency. Some of the stories in Beautiful Days are better seen as sketches, somewhat hollow outlines that would be better served in a larger format.

“Donald Barthelme Saved from Oblivion” is a tone piece, experimental, a listing of attributes and impressions painting a picture of the title author. It’s a beautifully controlled collection but the uninitiated reader will grow tired. In “The Quiet Car”, an unnamed visiting professor who is on his way home (in the quiet car of a New Jersey transit rail line) encounters a student from many years ago. How he felt about her is upended by how she perceives him today. It’s interesting and nicely rendered, but in the end somewhat inconsequential.

Understand from the start that these characters are not likeable people. In fact, it could be said that the professor telling the story in “Except You Bless Me” is an unabashed racist. In this story, a paranoid adjunct college professor named Ms. Raine is pre-occupied by a student named Larissa Wikawaaya. “I am obsessed… as I would be obsessed by a cyst discovered in one of my breasts.” Larissa is an exception to the rule of generally “good” black, Hispanic, and Asian students. How are we supposed to feel about this teacher as she spouts on about her inadequacies? Oates writes:

“In Larissa’s presence, I’m forced to hear my own voice, its forced cheer, its perfunctory rhythms.”

Is the speaker sure of herself? She considers herself a somewhat pretty woman of an “ambiguous age”. Later, we learn that “Larissa is a heavy young woman for whom the act of sitting is a conscious and aggressive act she wants me to observe.” The story revolves around whether or not Larissa, who was planning to be a nurse, had written abusive notes to the instructor. We start in 1974, and part two brings us to 1985. Has Ms. Raine encountered Larissa again? If so, why is there a denial? The voice here is strange and hateful and seems difficult to embrace for the sake of difficulty. 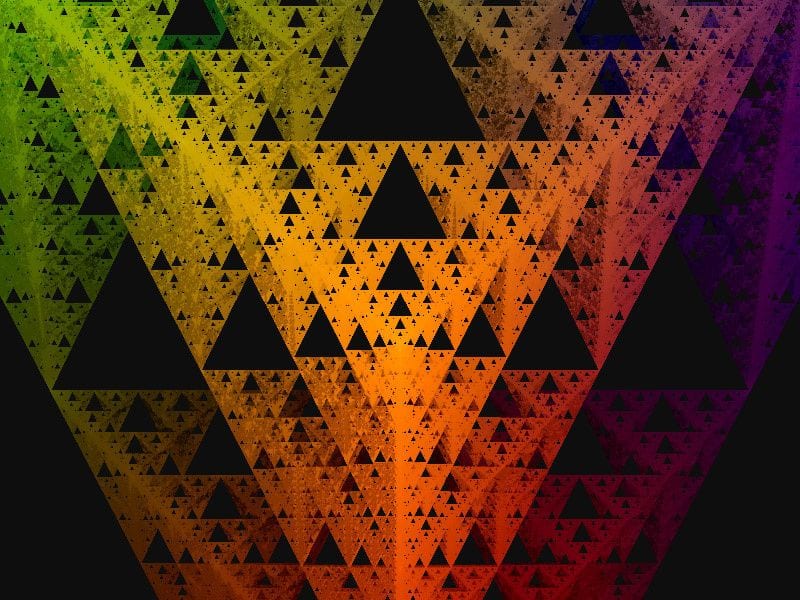 More mistaken identities or re-appearances surface in “Owl Eyes”, where it seems a young math whiz is being stalked by a man who claims to be his long lost father. Is he? The strengths in this story come from the long monologues and the desperate mood of lost opportunities. In “Big Burnt”, a longer story that deserves the time it takes to roll out, a man (Mikael Brun) and woman (Lisbeth Muellet) come together for a time. Only one will leave the union alive. He’s a prominent Harvard scientist and she’s an actress frustrated that her talents were never realized. She also hates that she’s always been compliant for others. She was always “…the radiantly smiling person to whom others turned in desperation. He sees her as vulnerable, and as a result the end makes perfect sense.

“Fleuve Bleu” is a torrid romance filled with adultery, cancer, and class struggle. The couple exists in an audacious, daring way, but they cannot and will not escape tragedy. In “The Bereaved”, a couple deals with the recent death of their daughter. Becca, the wife, is 27; 19 years younger than Max at the time of their marriage. It’s his daughter that dies. Becca never connected with her. This story has an interesting start but it gets bogged down with what seems to be an excessive display of grotesque in the form of a “Diane Arbus” family; that is, a “freak-family”. Max and Becca had gone on a sea cruise so they could be away at the first anniversary of the daughter’s death. Oates writes of the family in question:

“Both parents were educators of some kind-high school? Community college? It was not possible to believe that they were university faculty.”

Is that really necessary? Later, we get this about the freak family daughter:

“And then there was the girl… [whose] skirt of a ballet costume… exposed her enormous lard-like thighs… The obese girl seemed truly not to know how ugly she was.”

Another longer story, “Undocumented Alien”, nicely developed, unravels into a nightmare dystopia. It starts in a very clinical style, almost stale in its dryness, but Oates manages to kick it into a tale of aliens and microchip implants and loyalty to an outside power. Oates balances the literal and figurative sense of “alien” with an immaculate display of confidence and direction.

In many ways, Oates is best seen here when she’s working in the otherworldly realm. Take “The Memorial Field at Hazard, Minnesota”, in which the President of the United States is sentenced to individually recognize and connect with thousands of dead warriors:

“The warrant stipulates: I must dig up the bodies one by one.

And then, the decree is that I must assign a name to each body; and I must be photographed beside each body. I must crouch down inside the makeshift grave, or what passes for a ‘grave.’ I must lie down beside each body.”

It’s in the story “Fractal” that Oates displays her greatest strengths, and the effects are profoundly strange and moving in ways that only she can seem to execute. A “fatally unwitting” mother finds herself driving her “doomed” child Oliver from their home in New Haven, Connecticut to a Fractal Museum in Portland, Maine. Oliver is another of Oates’s child prodigies. The boy wants to be an architect. He’s a premature baby who grew to be a myopic, asthmatic, ginger-haired skeptic of reality. He does not believe in accidents. There may be mistakes, but accidents don’t have any part in his life. Everything has an alternate existence, and here is where Oates shines in her foreshadowing:

“For each house designed by an architect, Oliver explained, was actually two houses: the one people lived in, and were meant to see; and the other, which they were not meant to see but which was preserved in the architect’s plans.”

Everything here is an illusion, a composite of probabilities, a series of suppositions. Oliver is convinced of the alternatives in life. Oates writes:

‘What you think is a straight line,’ Oliver says, actually isn’t. There are all these little breaks and creases, that go on forever.’ The child speaks with a sort of grim glee as if forever were not a terrifying prospect.”

By the time the it ends in the Sierpinski Triangle Labyrinth, with the pilgrim/subject entering this museum exhibit with no guarantee they will ever return, the reader understands as Oates does (telling us in various ways throughout the story) that there is no clear delineation between the states of reality and virtual. Oates writes: “Always there is the promise, if you are an American child and your parents love you, there will be a way out.”

Many elements of “Fractal” and a handful of others in Beautiful Days will seem out of place and out of time to the reader familiar with more contemporary or fashionable stories. Oates has never paid heed to short attention spans or fashionable literary trends with a limited shelf life. This can prove insufferable to even the most patient reader or loyal Oates follower. For all the disagreeable characters and sometimes stale premises or barely baked ideas being passed off as fully realized, stories like “Fractal”, “Undocumented Alien”, “The Memorial Field at Hazard, Minnesota”, and “Big Burnt” prove that there are still some shades of wonder to be experienced in the improbably limitless imagination of Joyce Carol Oates.