Thinking back on O.J. Simpson, you might remember him as the “Juice”, or as the charming sports commentator seen running in those Hertz commercials or even as the dimwitted “Detective Nordberg” in The Naked Gun (1988) movies. These are already enough versions of the same person. But when you hear him yelling in the background of Nicole Brown Simpson’s 911 calls, you get yet another version.

It’s this version that would eventually consume all of the others for the American public. After the murders of Nicole Brown Simpson and Ronald Goldman, O.J. didn’t look so charming anymore, and if he was still running, it wasn’t for a Hertz rental car but a white Ford Bronco. So which one of these versions was the “real” O.J., and did he even know the answer?

At the time of its release, David Lynch noted that Lost Highway (1997) was loosely inspired by the O.J. Simpson case. It’s easy to see why he would’ve found the case so interesting. Besides the tabloid aspects of a celebrity crime, it was at its root a story about identity. Racial identity on the surface, yes, but just about identity itself. Who was this man sitting every day in the courtroom, staring back at us? Was he innocent or just in some deep state of denial?

We move through life among strangers whom we try to make less strange by identifying repetitive behaviors as identity. At some point, we might even say we “know” a person. We may feel like we know them enough to call them a “friend” or a “husband”. Which is why people feel so betrayed when they discover that someone isn’t who they seemed to be. Because how could such a nice person do such a thing? A person we constructed in our minds a certain way. We are shocked because they suddenly revert to the stranger they were before — only worse. 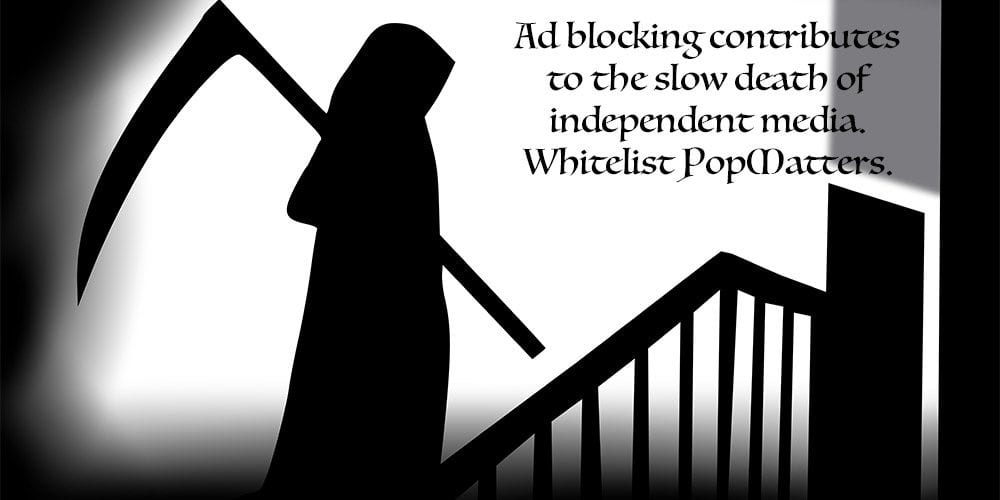 In Lynch’s films, anyone is capable of anything because the self is endlessly unknowable and ever-changing. If his films are “mysteries”, it’s the mystery of identity that sits at the heart of every one of them.

Lost Highway is about a man who knows himself even less than he knows his wife. And he knows very little about her.

Early in the film, this man, Fred Madison (Bill Pullman) says he likes to remember things his way, not through photographs or video recordings. Those would just get in the way of his subjective memory; his truth. Fred is a jazz musician who lives in perhaps the darkest, most labyrinthine house in Los Angeles with his wife Renee (Patricia Arquette). The extremely possessive Fred suspects that Renee is cheating on him and seems almost disappointed when his suspicions are not confirmed.

Then, the couple begin to receive a series of videotapes on their doorstep. These contain very disturbing footage of the inside of their home. It seems that someone has been sneaking into their house at night and recording them while they sleep. But how? And why?

This could be the setup for any number of conventional ’90s home invasion thrillers like Pacific Heights (Schlesinger, 1990) or Unlawful Entry (Kaplan, 1992). Lost Highway shares the theme of marital discord with those “yuppie” thrillers, but this is just the beginning of the many mysteries that will unfold in Lynch’s film. 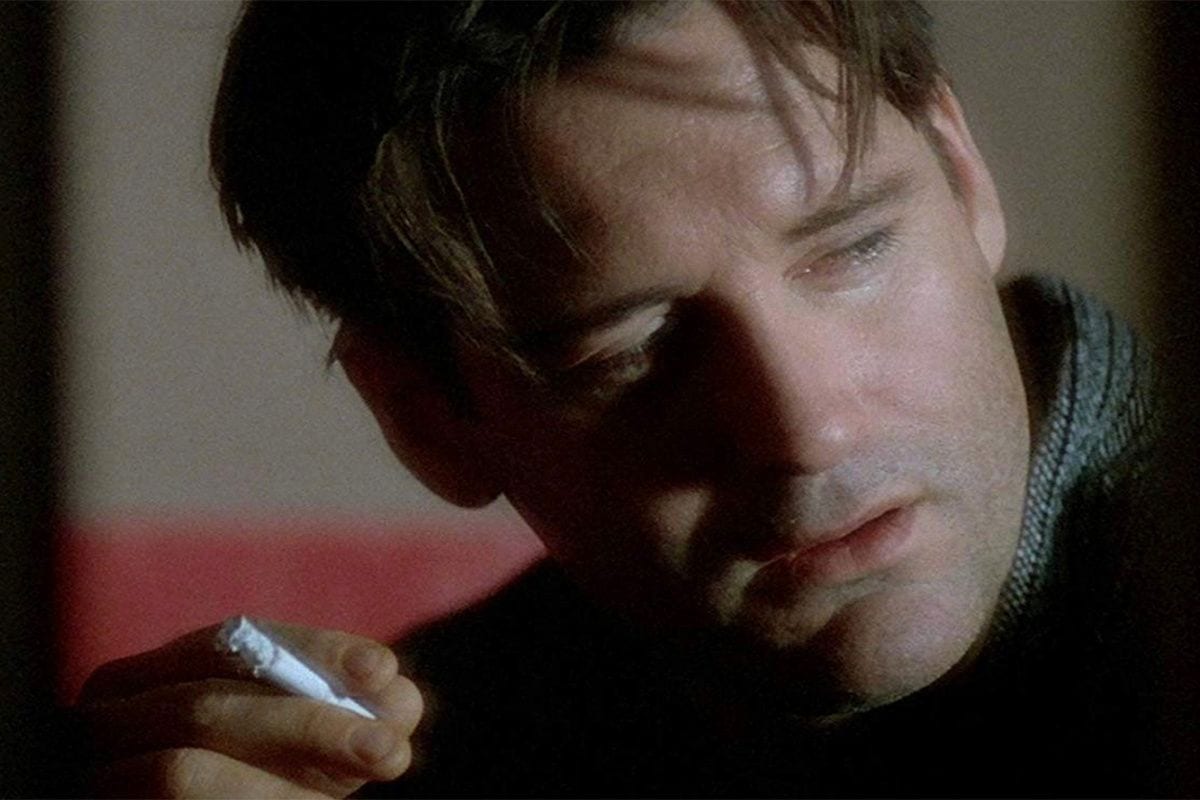 At a party the next evening, Fred meets a strange man (Robert Blake) who seems to exist somewhere between the lines of our world. Blake, whose performance is terrifying, looks like Conrad Veidt if he attended a party in his Cabinet of Dr. Caligari makeup. The “Mystery Man” tells Fred that they met before at Fred’s house and that Fred invited him into his home. If you are up on your “Dracula”, lore you know this was a very bad idea. The Mystery Man tells him that “It’s not my custom to go where I’m not invited.”

Of course, Fred has been “inviting” him and all he represents into the darkness of his home and marriage for a long time now. “As a matter of fact,” he says, “I’m there right now.” He hands Fred his phone and says “Call me.” Fred calls his home number and is baffled when he hears the strange man standing in front of him also answer from his home phone. The one at the house tells Fred to “give me my phone back.”

Panicking, Fred grabs Renee and rushes back to their home only to find no one there. The following morning, Fred finds another videotape on his doorstep. This one shows Fred on the floor of the bedroom next to the grotesquely mutilated corpse of Renee. Fred is convicted of her murder and placed on death row.

What happens next seems inexplicable. While in jail, Fred appears to transform into Pete Dayton (Balthazar Getty), a teenager who lives miles away and does not know how he ended up in Fred’s cell. This is where the film’s narrative floor drops away and sends the audience into freefall. It seems as if one movie has ended and a new one about Pete Dayton has begun. 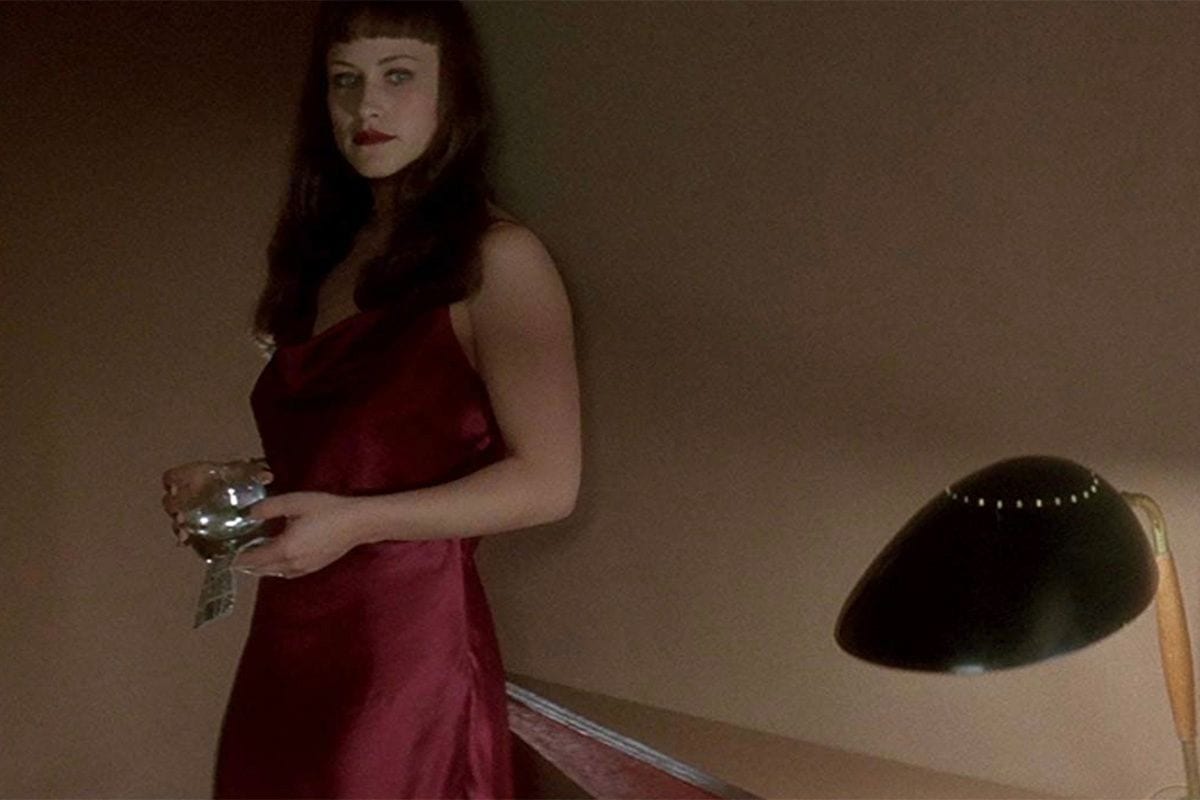 But Pete’s quiet life as a young man working as a mechanic for Arnie (Richard Pryor) and dating Sheila (Natasha Gregson Wagner) starts to blend with parts of Fred’s life into a kind of B noir film plot. He soon finds himself mixed up with violent gangster Mr. Eddy AKA “Dick Laurent” (Robert Loggia) and his girlfriend Alice Wakefield. Alice is also played by Arquette. While Renee was a brunette, Alice is a blonde but the two women are reflections of each other as much as Pete Dayton is of Fred Madison.

In various interviews, Lynch and his co-writer Barry Gifford referred to a condition called “psychogenic fugue” to explain their bisected narrative structure. If we look at Lost Highway this way, it becomes the story of a man who murders his wife out of jealousy and then tries to disassociate himself from his guilty actions by escaping into another identity. Fred tries to run away from his life and into Pete Dayton’s, but the reality of Fred’s life keeps intruding into that fantasy and it too descends into a nightmare. The Mystery Man chases after him as well, acting in contradictory roles of conscience and demonic instigator.

This is an oversimplification of a much more enigmatic and mysterious film, but since Lynch made Lost Highway following the massive critical and commercial failure of Twin Peaks: Fire Walk with Me (1992) he may have been trying to give his usual cryptic narrative a more digestible context. It didn’t help, as many were still confused, including Siskel and Ebert who turned their thumbs down. (This was later used in the film’s advertising as “Two more great reasons to see Lost Highway”.) Still, Lost Highway can be seen as the first of a David Lynch “fugue” trilogy as both Mulholland Drive (2001) and Inland Empire (2006) also feature protagonists whose identities morph throughout the narrative.

Lynch’s films are very dependent on performances, but his vague characterizations and stories offer his cast a unique challenge. The actors need to play the subtext even when that subtext might not be clear. While no one comes near to the emotionally naked and volcanic intensity of Naomi Watts in Mulholland Drive, they all meet this challenge quite impressively. Pullman seethes with quiet jealousy and bottled anger, and Arquette presents two very alluring but mysterious women who alternate between sincerity and duplicity. Both Alice and Renee are mysteries to the men who try to possess her.

Balthazar Getty is very convincing playing someone whom Fred Madison wishes he could be. He’s a James Dean type whose way with the ladies even inspires admiration from the cops following him. The great character actor Robert Loggia seems to be having the time of his life tearing at the scenery and Lynch gives him lots of room to do so. The eccentric supporting cast is filled with wonderful turns by performers as varied as Richard Pryor, Gary Busey, Henry Rollins, and Lynch regular Jack Nance.

Kino Lorber brings this film to Blu-ray for the first time in the USA and David Lynch’s very vocal criticism, this is easily the best this film has looked in years. Peter Deming’s cinematography, which was lost in the muddy dynamic range of standard DVD, is nothing short of amazing here. In their home, Fred and Renee walk into and out of pools of complete darkness, and hallways disappear into endless voids. Lamps seem to give off warmth and the illusion of safety within this purgatory.

There are no extras, but not because these were not planned or produced. Video Watchdog’s Tim Lucas recorded a fantastic commentary for the film that had to be dropped when Kino Lorber discovered a contractual agreement between Universal Studios and David Lynch that did not allow for such supplemental materials. So that’s the bad news. But the good news is that Lucas owns the rights to the commentary. He make it available to the public as a free mp3 download from his website. Just synch it to the start of the Blu-Ray. Here is the link: Lost Highway Blu-Ray Commentary