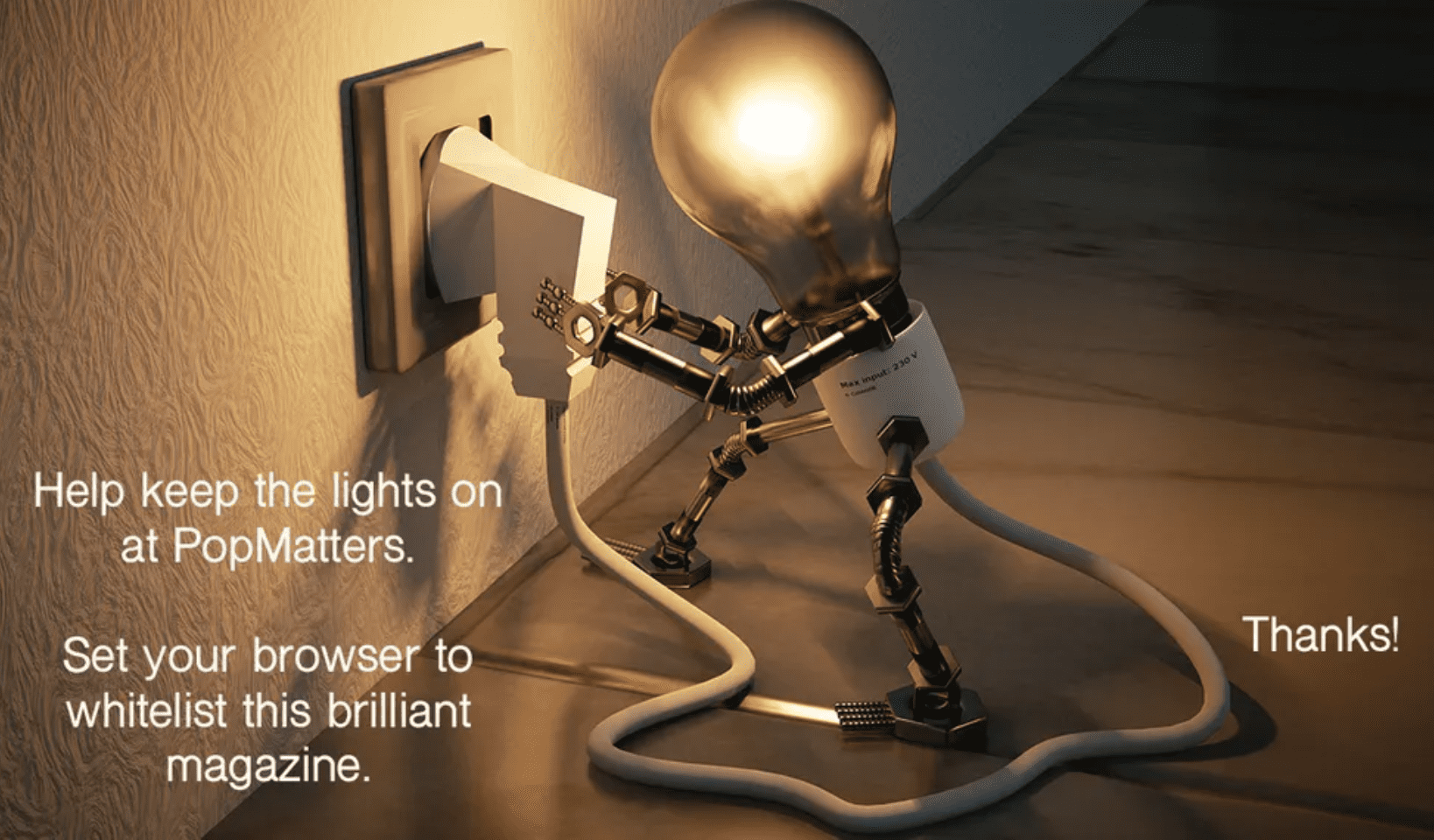 Synthpop legends Andy McClusky and Paul Humphreys said that when they formed Orchestral Manoeuvres in the Dark (OMD) in 1978, it was to play a single show. They would shake off some of the tracks they’d been writing since the two were 16 in 1975, and then they’d retire. Well, something messed up, and it wasn’t the audio system. One concert became two, three, and then four.

Leading with synthesizers was having a peculiar effect; crowds were forming and sticking around for the encore. OMD had struck a chord without a guitar in sight, and electronic music had begun to resonate with audiences in a manner it never had before. Flash forward a handful of decades and a series of acclaimed and somewhat less acclaimed albums, and this 24-year-old boy right here got to see OMD live in NYC’s Central Park, just in time for their final 40th-anniversary show.

Clutching onto the bar at the very front of the mosh-pit, I was one of just a few mid-20s kids who were surely attracted to OMD for their warm synth ballads that referenced a time when electronic music first became accessible. When OMD played their first gig in the famed Liverpool club, Eric’s, they were doing so out of rebellion. They had thought that the obnoxious guitar solos and screeching vocals of modern rock had become unpalatable. Not only had the songs become loud and chaotic, but they had lost discipline and meaning. With this frustration sitting in the back of their minds, their imaginations were to receive a swift overhaul when they heard Kraftwerk, the pioneering German electronic group, play in 1975 for the very first time.

In Kraftwerk and other German electronic bands, OMD found the model of music they aspired to. Here was precision oozing endlessly, machinery and science meeting music to create something completely new. That was what OMD was after; innovation in modern sound, something to raise the intellectual character of the music. But shouting from the sidelines wouldn’t be enough – OMD knew that for musical tastes to be changed, it was the mainstream needle that needed moving.

From this moment onwards, OMD went about injecting the German avant-garde into the British mainstream. They would choose electronic instruments over guitars, drums, and the like and replace love songs with diligently researched tracks about electrical currents, radio waves, atom bombs, and historical figures. Most importantly, they would do all of this while maintaining a sense of playfulness and naivety. That is the driving purpose I arrived in Central Park, ready to hear. Quickly, however, I found myself listening to tracks that I was quite sure a younger OMD would have been unwilling to play.

It’s old news to ascribe the title of selling-out to a band that shifted from an ambitious sound to something more digestible. I recognize that this is a reductive label, but sometimes it just works. In this instance, however, with my fascination held by Humphreys’ faultless synth-work and McClusky’s refined bad dancing, it just didn’t sit right with me as an honest label. But how could I make sense of a band that shifted from producing minimal electronic songs about clean energy to corny, John Hughes ballads? How could I allow a band to get away with playing love songs when their initial mandate explicitly prohibited them? A dive into history might be the only way to find an answer.

In a 2008 interview, McClusky mentioned that upon formation in 1978, OMD had been trying to change the world. Now, this is a particularly lofty comment from a man who has also shown a tendency to re-write history in his favor, but let’s think about what to make of it.

Until OMD arrived on the circuit, electronic music had been kept in the dingy shadows of dive bars, manifesting as little more than a novelty perpetuated by the likes of Cabaret Voltaire, Fad Gadget, and Throbbing Gristle. Only two bands before OMD had tried to draw popular attention to electronic music: Ultravox and the Human League. In 1978, the Human League adopted an entirely electronic set-up and launched the single “Being Boiled”. Meanwhile, that same year also saw the transition of punk-rockers Ultravox into the electronic domain with the incredible album Systems of Romance. However, despite the underground success of “Being Boiled” and the critical acclaim of Systems of Romance, neither the Human League nor Ultravox had created music that was connecting with the masses. They left this to OMD.

When OMD released their first single, “Electricity”, in May 1979, it was unlike anything previously recorded. OMD had developed a mesmerizing pop hook using a single synthesizer; it was artificial and yet human, obscure, and yet inviting. Clear tones of Kraftwerk could be detected. However, the result was something friendly, danceable, and altogether lighthearted. Gone was the inaccessibility of electronic music – here was a new recipe, one that promised entirely new possibilities of popular expression. Trickling into the homes of listeners all around Europe, one particularly impressionable 19-year-old boy was motivated by “Electricity” to start fiddling around with electronics and form a band (and then a couple more). Vince Clarke, the founder of Depeche Mode, Yazoo, and Erasure, cited “Electricity” as the track that awoke his curiosity in electronic music and drove him to create all that he has.

Moments after “Electricity” was released, Gary Numan transitioned out his punk group, the Tubeway Army, to record “Cars”, a pared-down electronic track that spoke to Europe’s anxiety around the changing relationship between man and technology. This song stole the very first number one spot on the mainstream charts for an electronic track. There it was – a Moog-heavy song owning the charts, evidence of electronic music quickly becoming normalized. But one track wasn’t sufficient – OMD wanted thoughtful electronic music not to just feature on the charts, but to overwhelm and dominate them. So, what did they do? They released three albums in such quick succession that one hit would barely stop spinning on your bedroom turntable before you had another one to buy.

Between 1980-81, OMD released their self-titled debut album, followed by Organisation and finally, Architecture & Morality, with each album confirming a distinct direction electronic music could take and maintain mass appeal. OMD’s debut album is the most minimal of their catalogue, with discernable high-pitched synthesizer bleeps disclosing the way electronic music could avoid traditional song structures while still generating something buoyant and unchallenging.

While the debut contained “Electricity” and follow-up singles, “Red Frame/White Light” and “Messages”, the subsequent album opened with “Enola Gay”, an unparalleled pop hit in the early synthpop repertoire save Depeche Mode’s “Just Can’t Get Enough” and the Human League’s “Don’t You Want Me”. This track exemplified OMD’s transformative approach to popular music; while “Enola Gay” is beautifully upbeat and dramatically so, it uses its commercial appeal to encourage its audience to engage with political and social concerns. Named after the plane that dropped the bomb on Hiroshima, this track continued the legacy of the prior album of using pop hooks to lure audiences towards sensitive content. OMD’s message was clear – vacuous, nonsense pop music was yesterday’s business.

OMD’s goal of creating intelligent pop music was working from the outset. Following the commercial success of their first two albums, OMD ventured even further with their third release, Architecture & Morality. In its serious title, Bauhaus-inspired cover art and typography, and deliberately sparse, atmospheric electronics, Architecture & Morality was an ambitious attempt to inject the progressive into the mainstream. By placing the lead single, “Souvenir”, next to “Sealand”, a double-length epic inspired by the experimental German group, Neu!, OMD was without care or caution crossing enemy lines and bringing disparate worlds of music together. And it worked; with four million albums and a further eight million singles sold, Architecture & Morality forever extended the popular electronic palette.

OMD’s first three albums gave credibility to ambitious pop. They led to the emergence of a generation of electronic bands like ABC, Blancmange, Depeche Mode, Duran Duran, Erasure, Talk Talk, Simple Minds, Yazoo, and just a bit later, New Order and the Pet Shop Boys. By the mid-1980s, the banner of electronic music had been hung over the mainstream. Skip through the decades, and you’ll see that it has ceased to go down.

Following the triumphant success of Depeche Mode’s debut Speak & Spell and the Human League’s Dare! OMD could comfortably sit back and relax, knowing full-well that the balance of popular music had shifted towards the more experimental. For a short while, OMD tried to see how far they could push the envelope. However, after the commercial failure of their fourth album, Dazzle Ships, it appears they decided enough was enough. Rather than continuing to explore the boundary between pop and progressive, they handed that baton over to Depeche Mode and rode upon the success of the scene they had helped to establish. 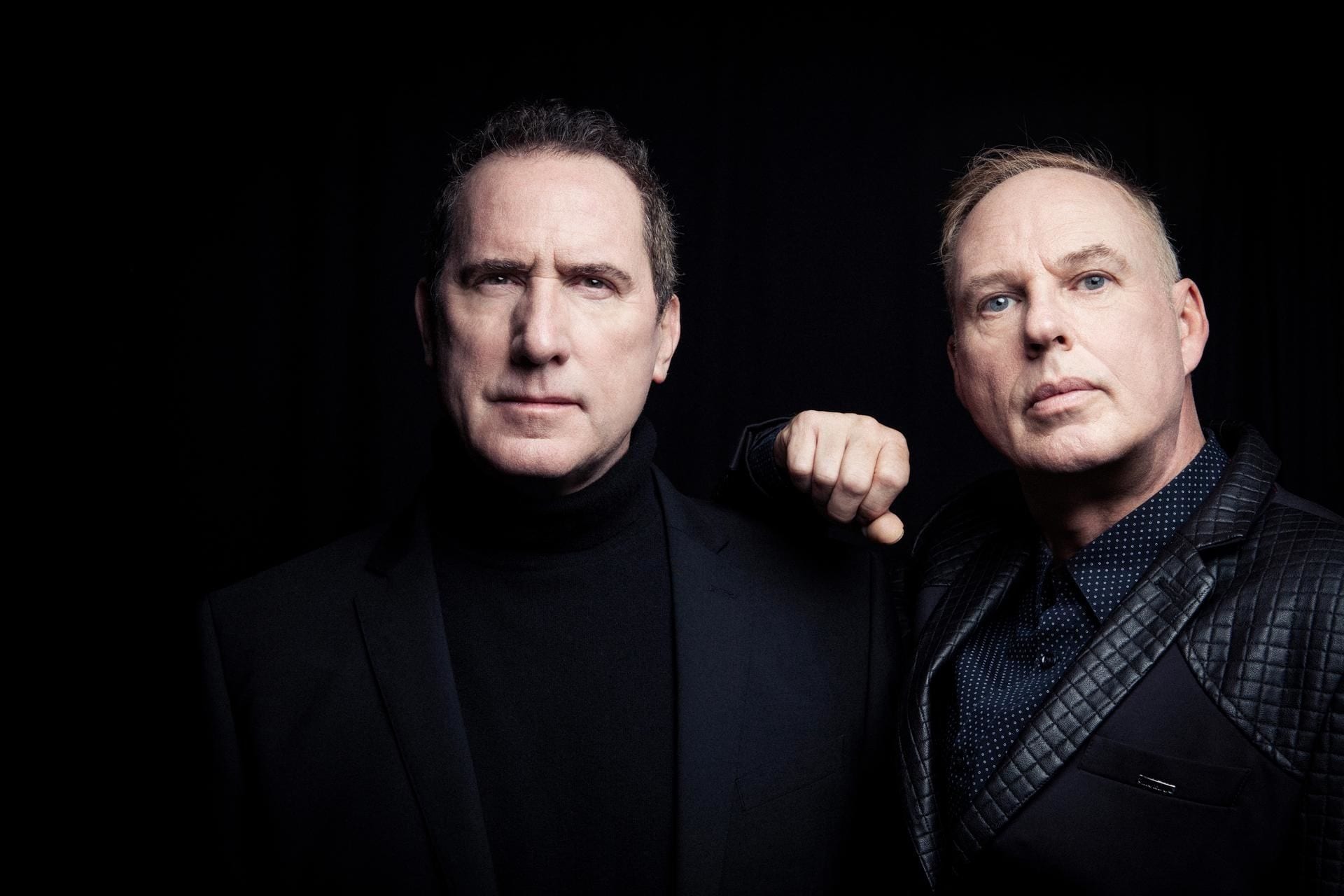 When John Hughes requested a lead single in 1986 for his upcoming film, Pretty in Pink, OMD were all-too-happy to get involved. The fight was over, the war had been won, and OMD deserved whatever spoils they could get their hands on.

The set I witnessed in NYC was just this – OMD reaping the benefits of their hard-fought popularity. This wasn’t a set in London where fans would have grown up with OMD’s early material. America only came around to OMD following the release of Pretty in Pink and the single, “If You Leave”, and so the set I had come to see had its base, not in 1979 but 1986. America and the sounds OMD produced for it was an entirely new chapter made possible by the might of their achievements in those first years of their operation.

Andy once said that he wanted OMD to be both ABBA and Stockhausen. While at their peak, OMD achieved a balance of ABBA’s optimism and Stockhausen’s innovativeness, they lost their audience when they pushed too hard at becoming Stockhausen. Then I was fortunate to hear OMD as an electrified ABBA in full flight, playing to a broadened but albeit less socially engaged audience than they might once have had.