In visualizing a film designed, in part, as a kiss -off to a former lover, one could be forgiven for expecting someone mean-spirited, petty, or male at the helm. The Souvenir certainly succeeds in putting a one-time beau to shame, but its author, the director Joanna Hogg, fits into none of those categories.

This is not only because the film in question — her fourth — is radically self-aware, but also because much of the narrative is autobiographical; Julie (Honor Swinton Byrne), her 21-year-old protagonist, is as much Hogg’s avatar as the troublesome older boyfriend Anthony (Tom Burke) is a stand-in for her one-time dysfunctional romance. Through Julie, shown here in 1980s England, Hogg searches, often in vain, for autonomy in her personal and creative life. As is often the case with great art, though, even her mistakes make for potent narrative fuel. (The Souvenir: Part II is already in development.)

In The Souvenir, Julie is a film student who hopes to make a feature about the rundown shipyard town of Sunderland. In her proposed film, a young man has an unhealthily close relationship with his mother, whose death is as inevitable as the town’s. Julie is from a wealthy family (she lives in a posh duplex in Knightsbridge), but she explains to her professors that she hopes to connect with life outside the tiny, privileged bubble of her upbringing. Although her aims are vague and idealistic, her empathy and passion are real — what Julie really hopes for, it seems, is a means of escape.

Anthony, on paper, is not quite that envisioned getaway. He and Julie start going on dates (the dates, however, are so clinical as to almost be familial; Julie’s mother, Rosalind, is entirely oblivious to any latent romance) at a ridiculously ornate tea house, where she awkwardly defends her thesis while he ridicules her. Soon, he moves into her duplex, and not long after that he’s into her bed, albeit with a line of stuffed animals separating them. Before long, they become romantically involved. 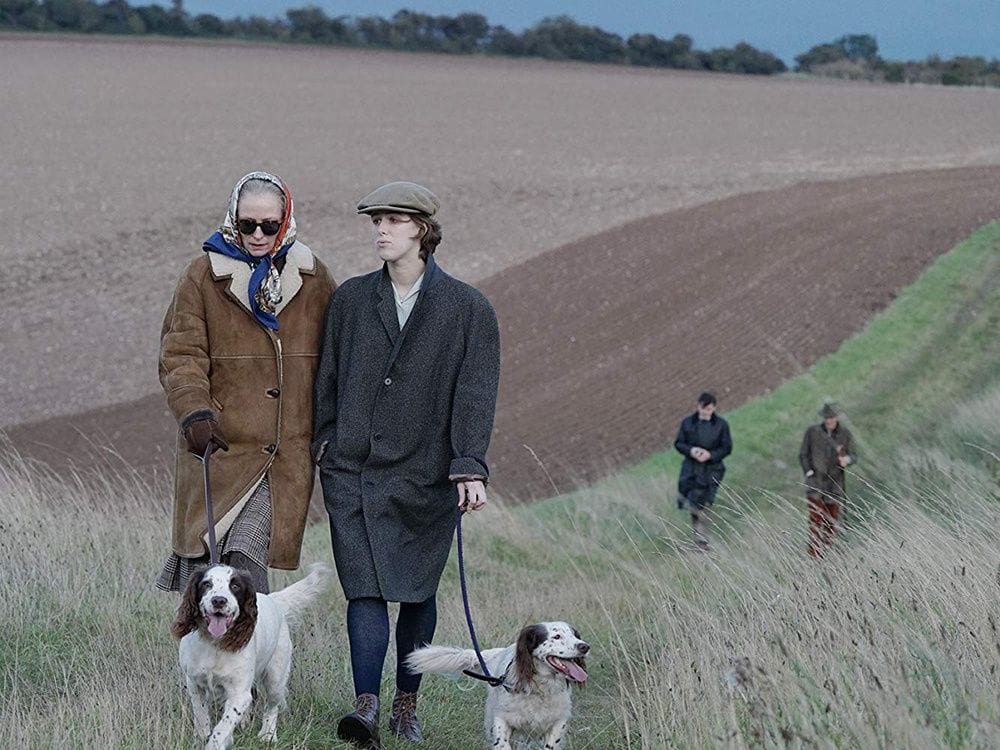 The kicker is that Anthony is as artificial as Julie is authentic, and as hardened as she is impressionable. The specifics — namely that he’s a heroin addict who routinely uses Julie’s money to score drugs — are revealed subtly, but there’s no mistaking the shifty individual dressed in impeccable clothing. Anthony is quiet, murmuring words only in a low, mellifluous baritone, and almost never emotive, and his figure recalls both the mysteriousness of Joaquin Phoenix and the louche brawniness of Elvis Presley. Burke, known mostly for English television and theater, is handsome, but in an unorthodox way that underscores Anthony’s intrigue. It’s not hard to see why Julie is drawn to him, but her loyalty, even as he treats her horribly, is desperate. One wonders when Hogg, in the years between then and now, learned to see the relationship for what it truly was and move on.

If The Souvenir were a work of literature, it could arguably be classified as autofiction; aside from the characters’ names, almost every detail was painstakingly replicated from Hogg’s life. This device certainly isn’t new to film, but Hogg’s work — more so than Jonah Hill’s 2018 film Mid90s, for example — uses the tactic to an impressively poignant effect. In literature, there’s the deified Karl Ove Knausgård, of course, but there are also women like Rachel Cusk and Sheila Heti, who challenge the traditional mode of fictional storytelling by blatantly telling the stories of their own lives. It would be too easy to dismiss matters of gender in this case; Heti’s novel Motherhood (Henry Holt, 2018) for example, is very distinctly about a woman’s experiences and a woman’s point of view. The Souvenir is as well.

In playing Julie, Swinton Byrne is remarkably nuanced. She’s determined, but she’s also timid and fragile, likely as a defense mechanism against the many figures standing in haughty opposition — or at least contemptuous disregard — to her. Her multifaceted identity is never tiring, though, and it’s far from a bore. Especially in comparison to Anthony, who intrigues only until his true colors are shown, Julie’s indecisiveness and existential confusion render her character all the more genuine. Swinton Byrne plays this character wonderfully, with a mixture of androgynous strength (she takes after her mother, Tilda Swinton, who also plays her mother in the film) and youthful delicacy. Hogg reportedly gave her the script for the day’s scenes only a few hours beforehand, and the immediacy shows. She delivers her words with the striving, fumbling cadence of a 21-year-old.

As the months go by and Julie and Anthony’s relationship ossifies into something thoroughly unhealthy, The Souvenir‘s insularity turns uncomfortably stuffy. Julie’s studies, once a source of motivation for her, become little more than the mundane background noise to her erratic, all-consuming relationship. One day, as Anthony sells Julie’s belongings for drug money and blames their disappearance on some thieves, she is the one who eventually apologizes. They meet each other’s parents, who espouse the dimly held conservative values of Thatcher’s England, considering themselves naturally superior to the poor and the non-English. 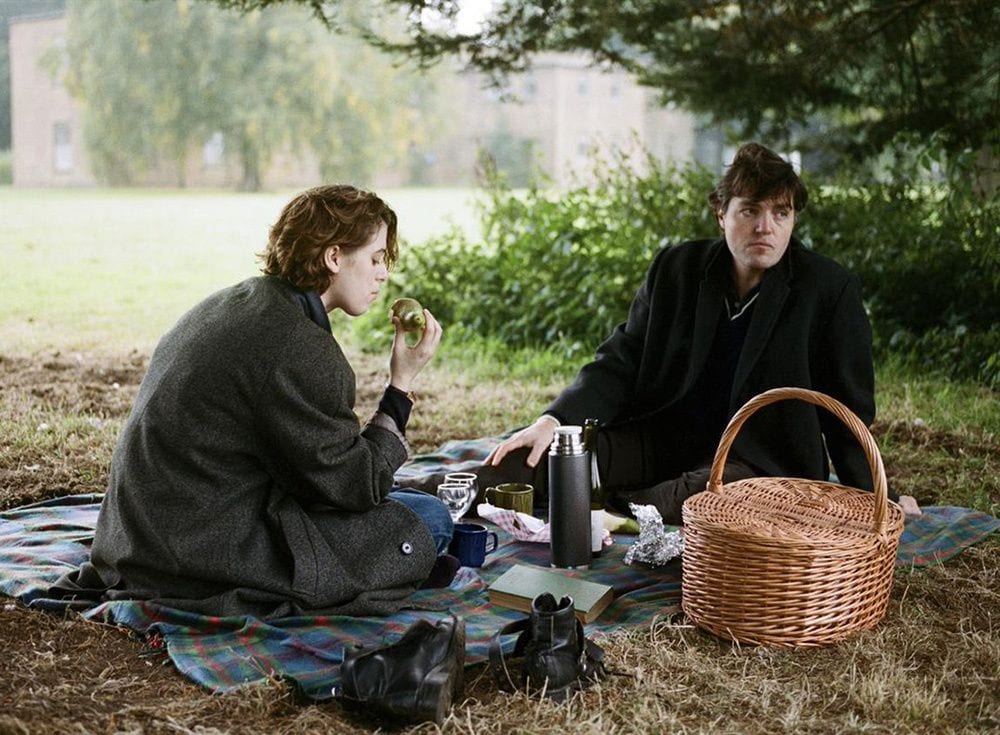 It’s clearly a relationship destined for failure, and yet Hogg doesn’t take it where one might expect. Julie never quite summons the courage to quit Anthony. She doesn’t have a single epiphanic moment in her work that miraculously drowns everything else out. Rather, Anthony leaves her, rather tragically, and she must learn to pick up the pieces on her own.

Early in their courtship, Anthony takes Julie to the Wallace Collection in London to view a Jean-Honore Fragonard painting called The Souvenir (1792), which depicts a young woman, dressed in pink, carving initials into a tree trunk. They don’t quite agree on how to describe the woman, but together they consider her mood a mixture of determined, terrified, and deeply in love. It’s an intelligent description, but it’s unsatisfying. Decades later, Hogg has found a better one all by herself.