The following is less a review of James Gray’s Ad Astra and more of a meditative response, so please beware of spoilers. Reviews tend to be acts of consumer advocacy, and while certain aspects of this film left me underwhelmed, I admit it’s impossible for me to dislike any well-made space opera. (It’s got rockets! It’s got pirates! It’s got monkeys!) Instead, I’ll try to unpack some of the more or less subliminal elements in this often exciting, often predictable movie.

The opening setpiece is a huge metaphor for 9/11 and the destruction of the Twin Towers. The double-columned structure in the film, undoubtedly the tallest on Earth, is some kind of antenna reaching into the upper atmosphere. Airplanes pass below its heights and, much further down, we see the appetizingly lovely green hills of Earth. While our astronaut hero, Major Roy McBride (Brad Pitt), happens to be attending to something outside on its girders, an energy pulse from somewhere creates havoc. Amid explosions, people in orange spacesuits begin plunging to the ground.

The sequence is very dizzy and disorienting, often presented from Roy’s plummeting subjectivity, while the movie’s explosive sound design kicks in for the first of many go-rounds. In fact, every episodic step of the story’s quest will be defined by some kind of manic space-opera action that causes multiple deaths . Meanwhile, ever-cool Major McBride, whose pulse never goes above 80bpm, forthrightly does what’s gotta be done with no nonsense. In this first sequence, he becomes like Thomas Jerome Newton (David Bowie) in The Man Who Fell to Earth, albeit with parachute. For a while it looks like his flimsy chute will be of no greater avail than the wings of Icarus. Perhaps this stunt will remind viewers of the even longer fall depicted in Alfonso Cuarón’s Gravity (2013).

At this point, bigwigs of the military-industrial complex explain to McBride that they have reason to believe that the random pulses plaguing the solar system come from the Lima Project. Of course, for classified reasons cannot explain why this is happening. This has something to do with Roy’s long-reported-dead father, the celebrated and decorated hero known as Clifford McBride (Tommy Lee Jones). 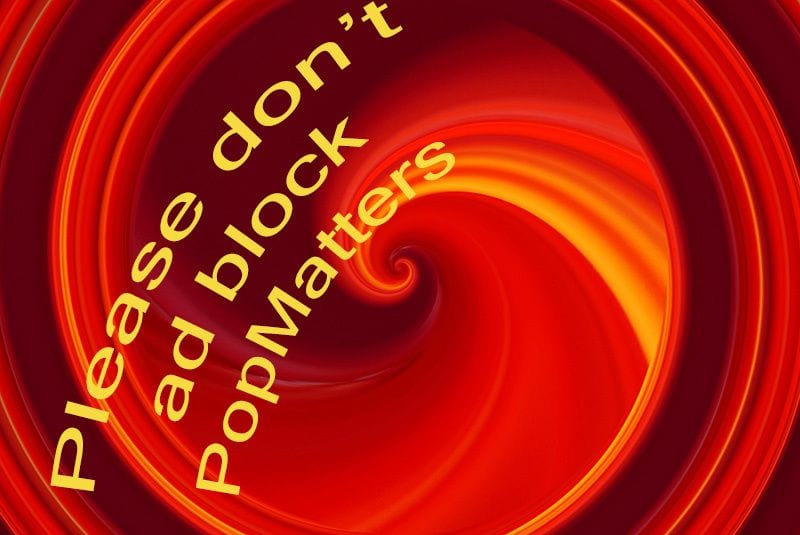 Many years ago, the Lima Project sent a bunch of people to orbit around Neptune to monitor the cosmos for signs of extraterrestrial life. I wish it had been called the Rima Project to resonate with the doomed bird-girl in W.H. Hudson’s Green Mansions (1904). That story has an explorer romance theme, too, but with a twist of genocidal rage that people tend to suppress from memory. This brings to mind Mark Twain’s 1889 A Connecticut Yankee in King Arthur’s Court, as well. Be we can’t have everything. It seems we can’t even have half of everything in much of modern storytelling.

Anyway, Roy is startled and disbelieving that his father could still be alive. How could his father be responsible for the potential death of everyone in our solar system? But that will happen if the convulsive pulses, caused by a malfunctioning anti-matter engine on the Lima Project, continue. The bigwigs want Roy to fly to Mars, their uttermost outpost, to beam a message at the Lima. Most of the film’s plot consists of this multi-part journey to the moon, then Mars, and finally Neptune, with outbursts of violent excitement at every stop.

There are all kinds of things we must waffle over here, like the logic of this whole message-beaming mission. They don’t necessarily make sense on a strict plot level. (Have they never been in contact with him before? Why do they imagine he’d believe a strange voice reading a pre-digested public service announcement should be from his son?) The script, co-written by Gray and Ethan Gross, pays more attention to the arc of its larger anti-reconciliation strategies. Ad Astra maintains a consistently gloomy, mournful, depressive tone embodied in Roy and his omnipresent voice-overs. We hear his self-analysis conducted with the psychotherapy computers that continually monitor his mental state.

We learn right away that, although Dad is supposedly one of Earth’s heroes, he was always a problem at home with wife and son. Roy last saw his father when he was only 16. Aside from the typical abandonment issues — also a factor in Gray’s previous adventure of exploration, The Lost City of Z (2016) — it’s implied that Clifford could be violent. The brass think of him, while concealing it from the public, as not only responsible for killing most of his crew but now for having a hand in the latest metaphor for 9/11. When Roy sees how the moonbase is essentially a tourist mall with product placement for corporate-owned delivery services and sandwich shops, he thinks that if his dad saw this, he’d want to “tear it all down”. 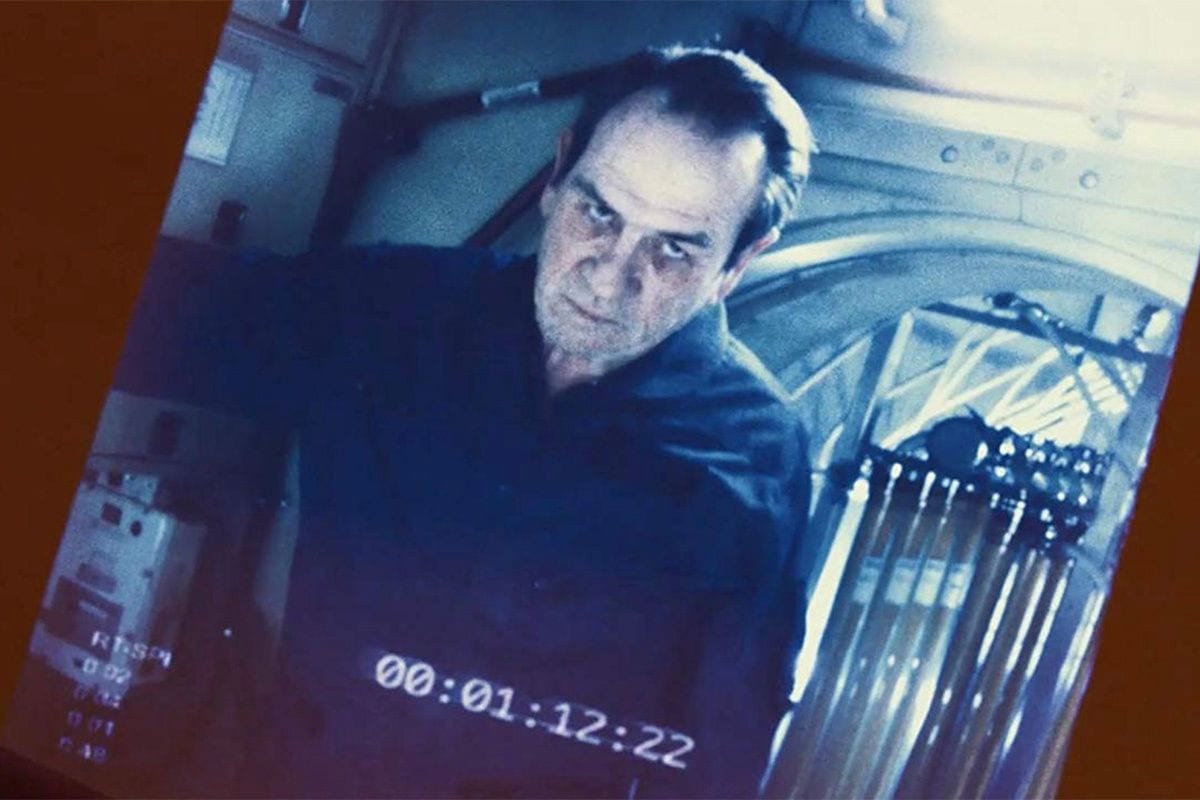 The glimpses we get of Clifford, via recordings and Roy’s memories, show a person devoted to “the mission”, which he defines as an unquestioning belief in extraterrestrial life. This belief seems to be associated with his faith in God, and why not? Aliens are secular metaphors for angels and for God (or for devils). This film’s most interesting philosophical move (in the last reel) is to confirm what scientists and science fiction writers have called “the Great Silence” in light of the Fermi Paradox. Alas, all mysticism is quashed in Ad Astra in favor of a cold call to analyze our way to mental health. In keeping with today’s neoliberal philosophy, we must look inside ourselves for solutions to global problems.

Clifford can’t survive this revelation and doesn’t wish to. As seen in the glut of comic book films dominating America’s mainstream box office, we want a singular superhero to save us all. Thus, Clifford becomes the unwitting superannuated god. But he is a gruff, grizzled, angry, weary god-the-father (rather like Neptune/Poseidon, god of the deep) who’s outworn his usefulness along with the philosophies made in his image. When Dad tells Son, “We’re the last of a dying breed,” he means it as a compliment to his son’s courage and commitment. But along those lines, it’s no coincidence of casting that most of the space professionals throughout the story are non-white. And that of course, feeds into another American mythos.

Clifford, more than his son, is akin to the outmoded Ethan (John Wayne) of John Ford’s The Searchers (1956), although more manic and less prone to redemption. On the plus side, he’s definitely been committed to the mission asked of him and its grandiose nobility (though it turns out to be a negative confirmation). Also, he loves the old black and white film musicals, which is why we get the surreal moment of a clip of the Nicholas Brothers singing in a space charnel house.

In other words, the movie’s urgent message for Roy is that he must avoid turning into his father. This will be no heart-warming fantasy out of Phil Alden Robinson’s Field of Dreams (Robinson, 1989) or other such quest for paternal approval from the Great Silence. This is a movie where not only does Roy have to “let go” of his father, but this will be literalized while Dad actually and repeatedly pronounces “Let me go, Roy!” 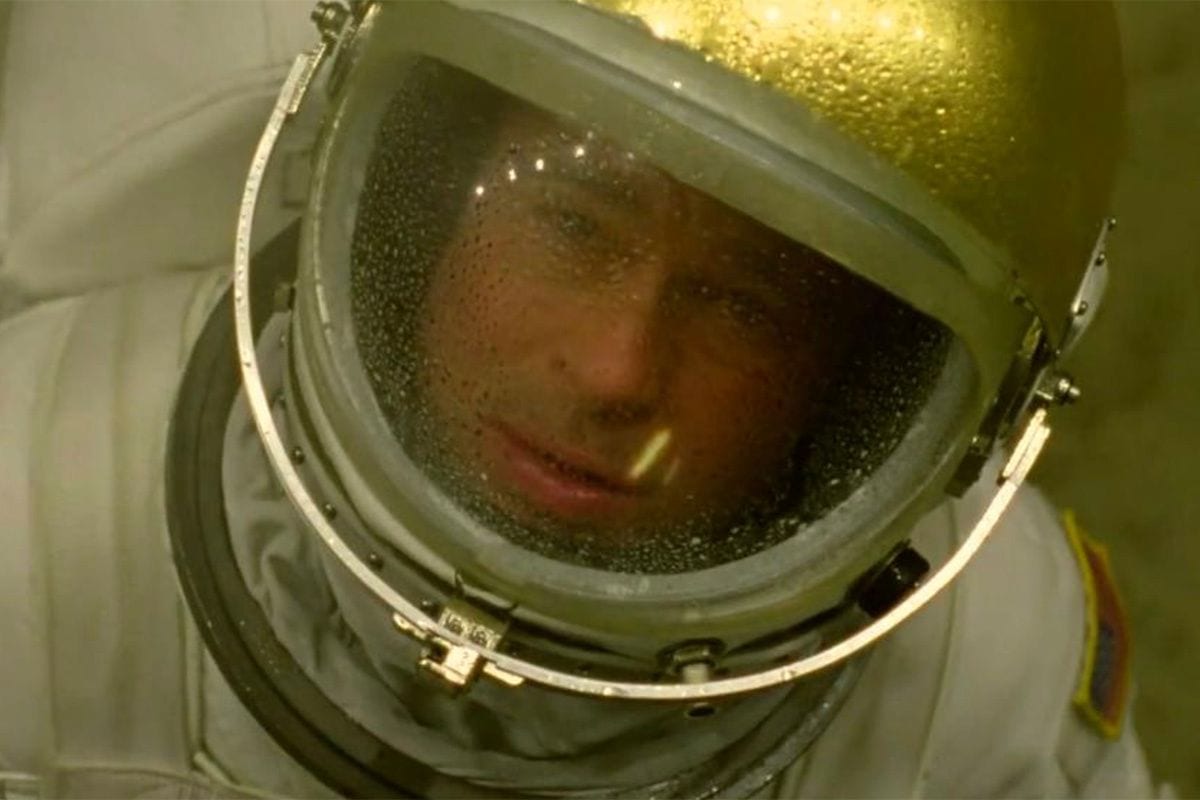 Roy’s weary, even mopey understatement has alienated his wife (Liv Tyler, with nothing at all to do). His renunciative severing of his father’s umbilical hold on his mind preoccupies. His ability to feel repressed emotions (including rage at his father) can only be instantly rewarded by the return of said wife, whose role as his emotional heart is purely symbolic. Indeed, as with so much contemporary American sci-fi film, Ad Astra spells out most of its symbols rather than trusting the audience to “get it”. Even the surprise appearance of the baboons isn’t allowed to go uninterpreted. “I understand their rage,” Roy shares with the computer. Since these primates are experimental animals, their rage could be another judgment on humankind’s scientific hubris.

So what we have here is a glumly ambitious, mournful movie about a hero’s Oedipal quest to kill his father and all that man represents within him and in society at large. In order to keep jolting the audience and keep the movie from becomming static and arid and intellectual, every stage is marked by another piece of slam-bang excitement. The exciting parts are allowed to be exciting and very nicely designed on the big screen (and of course there’s still sound in space, especially explosions). Then we go back to the dirge.

The subliminal message is that 9/11 is the beginning of an existential crisis that can only be resolved by killing our father. The dichotomy between his heroic stature and his unreported, unacknowledged violence is key here, perhaps with his asserted faith in both God and aliens. Space, as with Matthew McConaughey’s character in Christopher Nolan’s Interstellar (2014), invites tears of redemption while encountering those thought dead.

Certain elements of sacrifice and encounters with the past, not to mention all the space stuff, will remind sci-fi film fans of other smart exercises in nobility, including Stanley Kubrick and Arthur C. Clarke’s 2001: A Space Odyssey (1968) and sequel, Peter Hyams’ 2010: The Year We Make Contact (1984), and the two entries from 2000, Brian De Palma’s Mission to Mars and Antony Hoffman’s Red Planet.

Ad Astra is probably less successful as personal drama than those films, yet it keeps plugging along until it does what it wants to do, not unlike the depressed automaton Roy McBride, whose computers keep announcing that he’s passed his psych evaluations. What does that say about the computers? The movie clearly knows what it wants and if that’s not what some in the audience would want, I don’t know if that’s the movie’s problem.