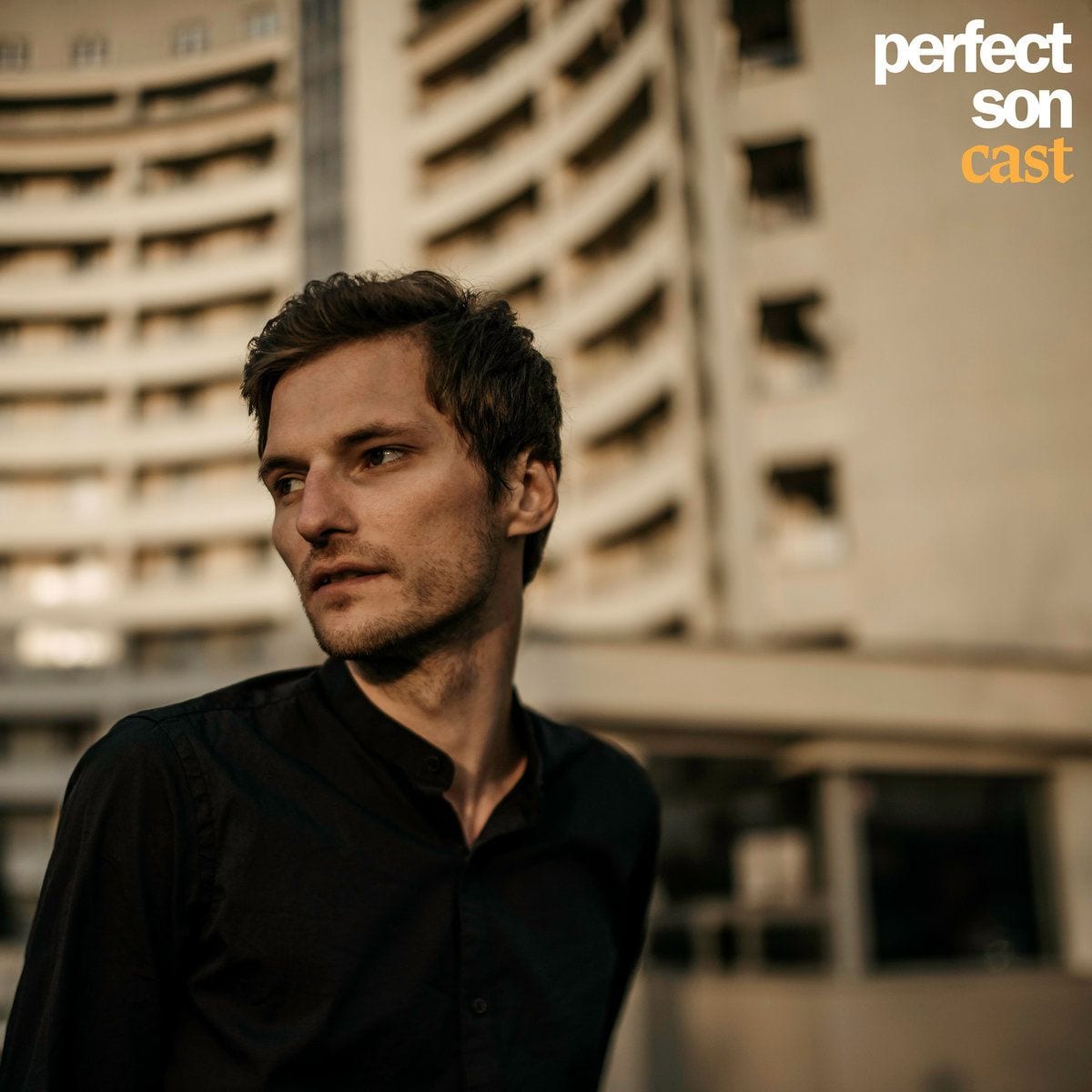 Polish singer and producer Tobiasz Biliński previously found success as morose electropop solo artist Coldair. However, the release of his second LP under that name, 2016’s The Provider, prompted him to reevaluate his artistic purpose and outlook, leading to a new identity: the relatively luscious and luminous Perfect Son. While undoubtedly distinguishing as its own project, Biliński’s full-length debut as Perfect Son, Cast, also feels like the brighter sibling to Coldair’s darker palette. As such, it fits very well within his characteristic catalog while channeling the heavenly ethereality of countrymen like Lunatic Soul, as well as Icelandic masters like Árstíðir and Sigur Rós too.

Cast is another deeply moving and harmonious outing for its creator, and fans of the style are almost guaranteed to love getting lost within it. – Jordan Blum 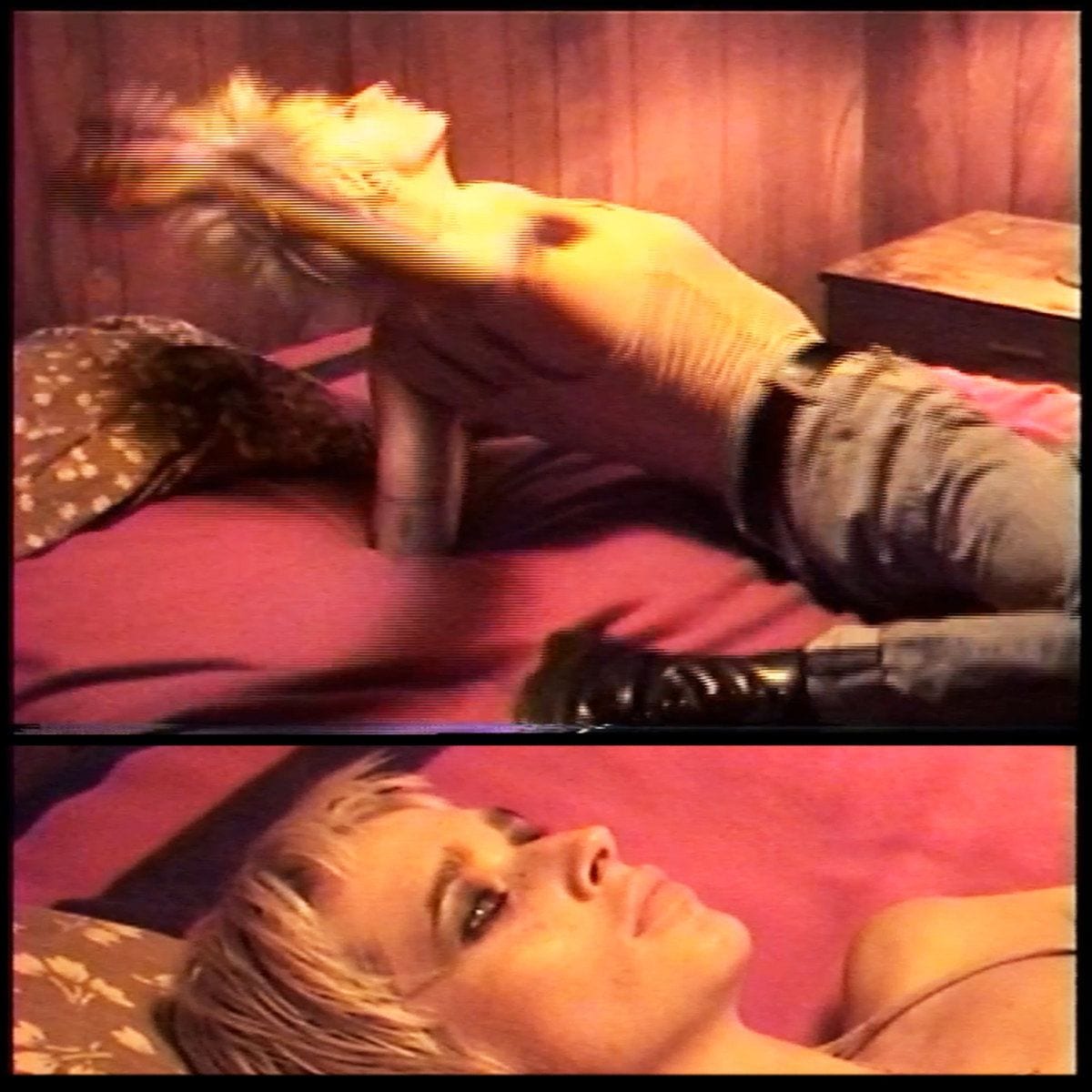 The darkwave duo of Boy Harsher, comprised of Jae Matthews and Augustus Muller, have been steadily releasing music since they met in film school in Savannah, Georgia, in 2012. Rumor has it that the pair bonded when Matthews spotted Muller dancing along New Order’s “Bizarre Love Triangle” at a party, and she decided to send him her writing afterward. Having relocated to Northampton, Massachusetts, and having launched their label, Nude Club, Boy Harsher now return with their hypnotic new album,
Careful.

On
Careful, Boy Harsher mix industrial sounds, techno beats, 1980s new wave synths, icy and cavernous vocals, and a David Lynchian aesthetic to rapturous effects. The record is a cohesive and danceable collection of ten songs that evoke a sense of unease, loss, sex and danger, and sound as if they belong in a Berlin club. In all its synth-goth glory, Careful is essentially an invitation to join the party and dance the night away with reckless abandon. – Linnete Manrique 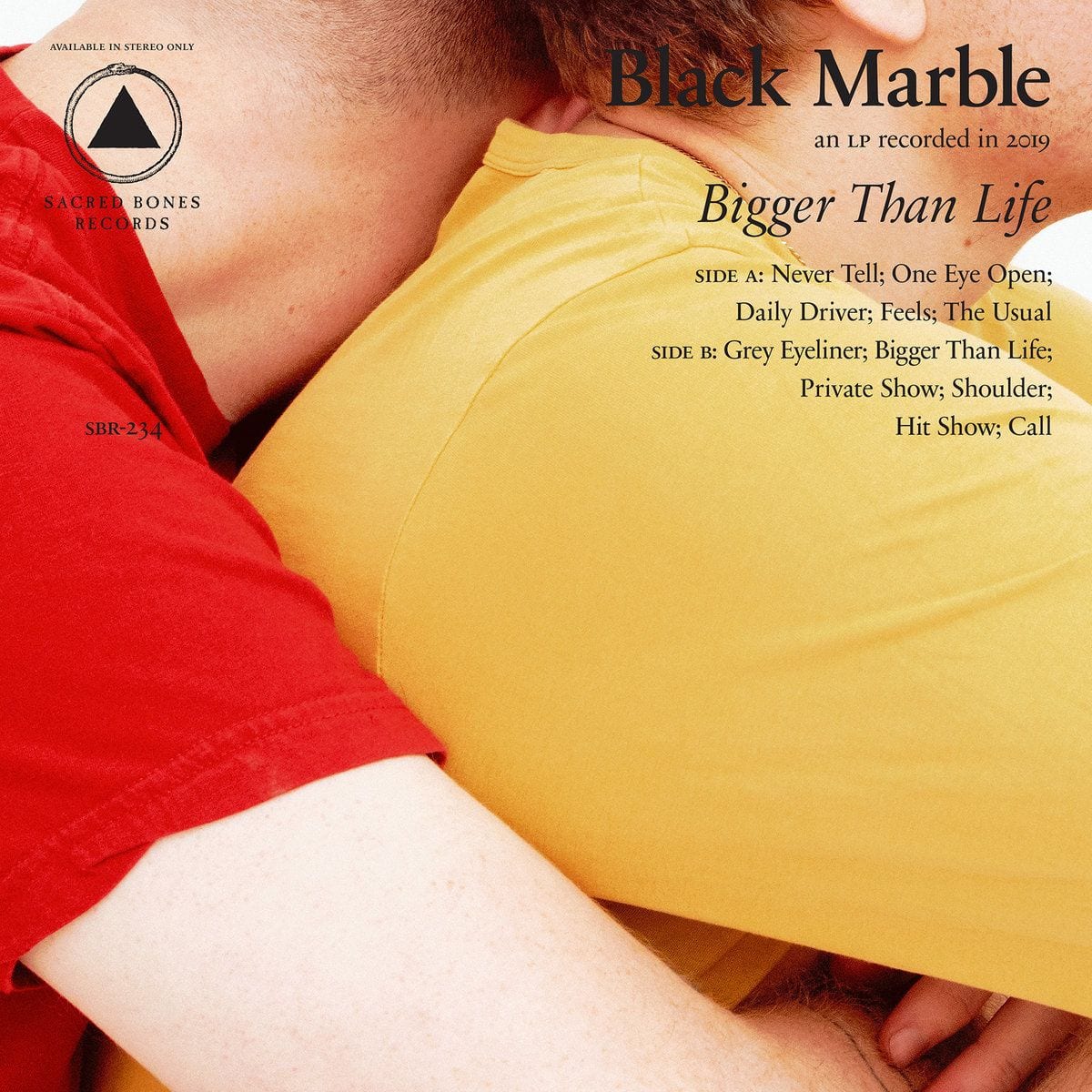 Following the release of It’s Immaterial, Stewart moved to Los Angeles, and this change of scenery found its way into Black Marble. Bigger Than Life is a different beast, with Stewart gracefully letting go of many past practices in favor of novelty. The lo-fi elements are alleviated, giving way for a much catchier representation with a crisp and defined sound. The synthesizer melodies fully expand, allowed to surf on top of the bright production, setting a direct and catchy element that was hidden beneath the lo-fi production.

Through this approach, Stewart replaces the cold tone of Black Marble’s early days with a newfound vividness, resulting in moments of pure bliss with “Private Show” and “Grey Eyeliner”. While A Different Arrangement and It’s Immaterial relied on a grim quality, Black Marble now happily stand on top of pure nostalgia. The introduction to “Feels” flows with pure ’80s goodness, taking you back in time with its magical lead work. Similar is the case with opener “Never Tell”, which makes use of a hooky progression to achieve the same end. – Spyros Stasis 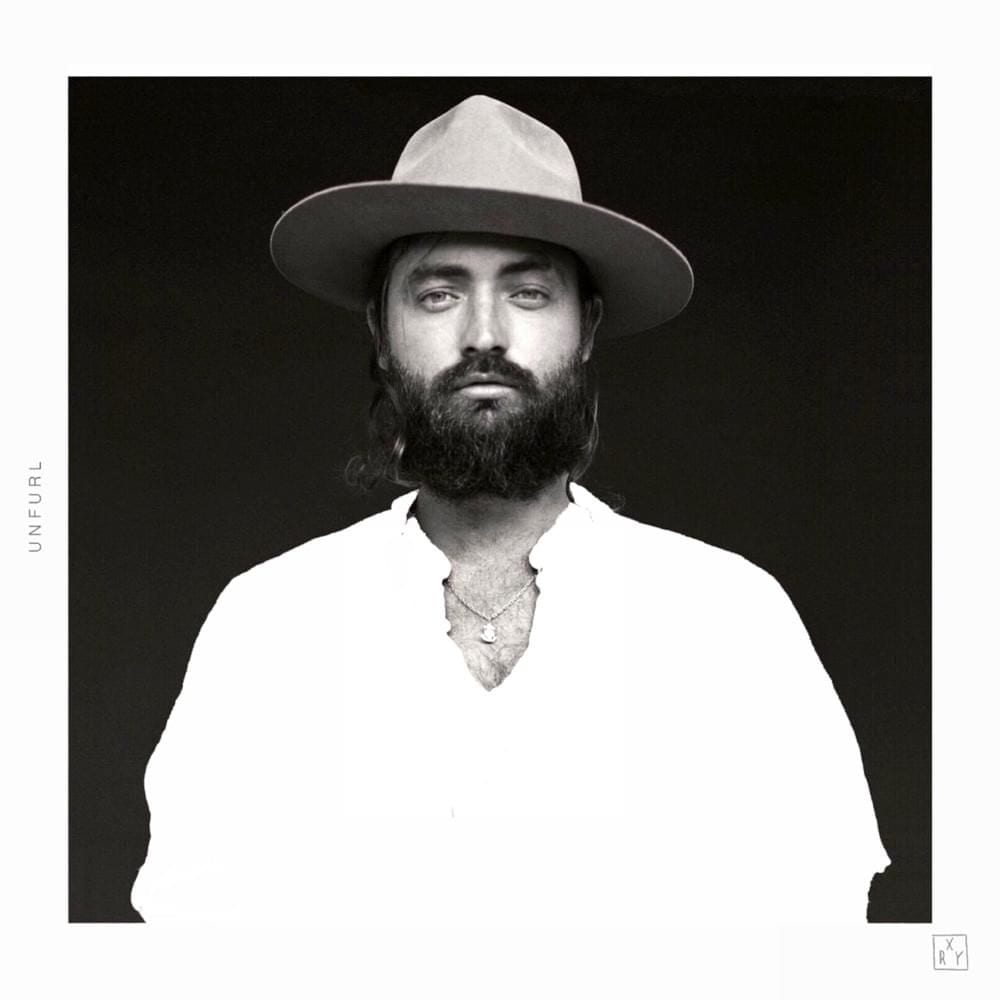 Regardless of the setting in which his chamber folk and alt-R&B is played, Ry Cuming’s (RY X) ethereal tenor is always striking. With Unfurl, RY X avoids the pitfalls of the dreaded sophomore slump, offering up a hypnotic collection of quiet, indigo-hued tracks, perfectly suited for cold, wintry nights teetering on the cusp of spring.

The gorgeous singles that preceded the album’s release might appear to be cut from the same cloth as his debut, but Unfurl seems infinitely more meditative, vulnerable, and dare I say, spiritual than Dawn. On the stunning, Sigur Ros-like closer “Fumbling Prayer”, Cuming’s plaintive voice soars over the reverential pipe organ as if it is pleading to the darkness for answers in a world full of irrational distractions. Surrounded by moments of glacial beauty, it is a powerful reminder of the old adage, “The quieter you become, the more you can hear.” – Ryan Lathan 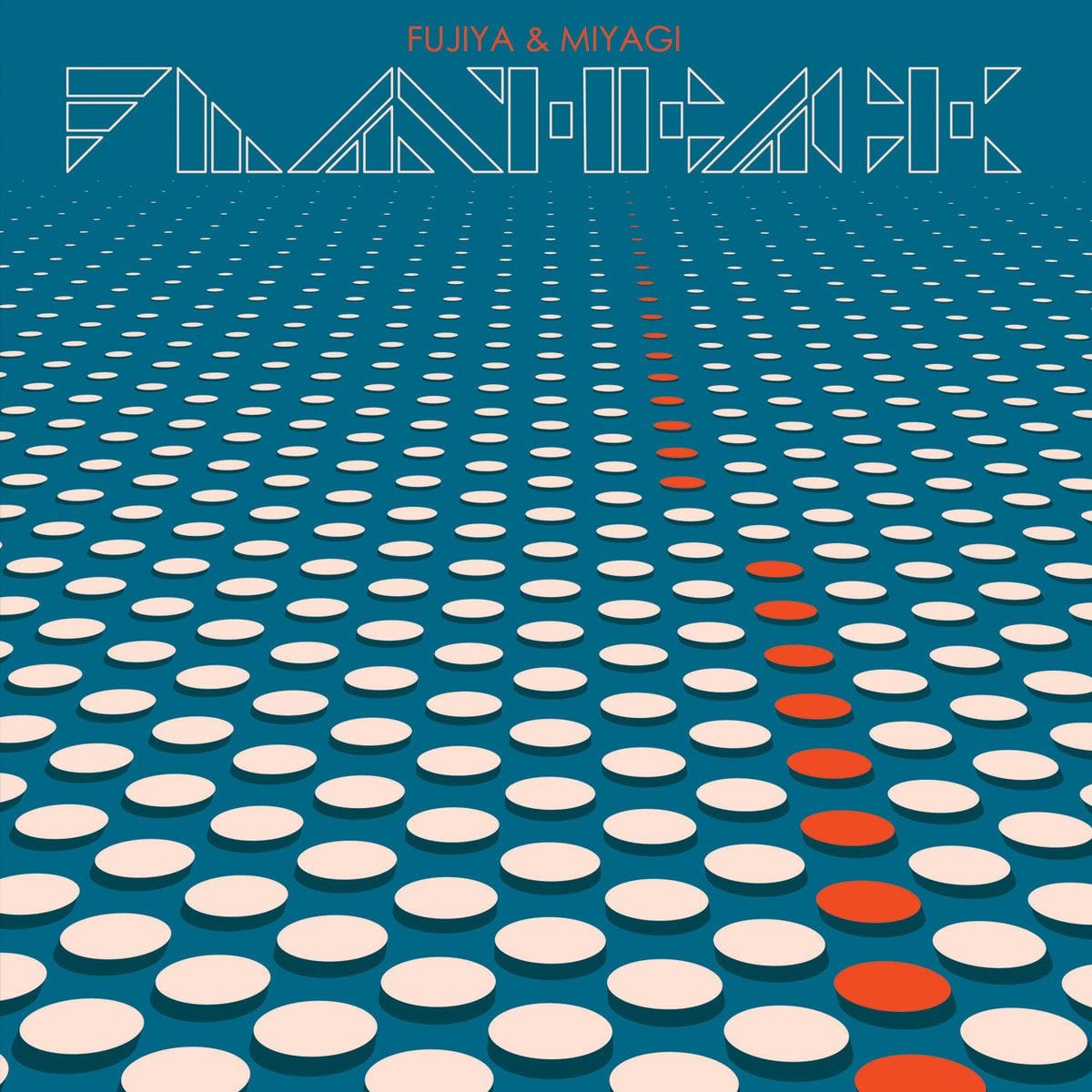 Flashback is a rather ironic title entirely consistent with the band’s career-long habit of inviting a certain kind of feeling (in this case, the mischievous proffer of a trip down memory lane) and commitment through melody and groove, only to withdraw the offer and retreat once again to the sidelines with a departing lyrical barb to dispel any notion that this might be love that we’re feeling. It’s a fascinating dynamic that might be a little frustrating to people who do not understand the ways in which cats operate, but Fujiya & Miyagi are indeed somewhat feline in their movements, beckoning us with a slinky body swerve and then scratching us with a wicked claw of sarcasm when we try to get too close. Such are the ways of Flashback.

There is, after all, something slightly bloodless about this sound, in a little bit of the vein of LCD Soundsystem, to whom Fujiya & Miyagi might be distantly related through the funk vampire side of the family tree, but that doesn’t mean that it isn’t a thoroughly compelling experience. So while a song like
“For Promotional Use Only” might be relentlessly non-committal, it also defies you not to dance to it. Similarly “Dying Swan Act” manages to keep that pesky and addictive bass groove going while somehow ingeniously invoking the heyday of INXS with its lovely rhythm guitar. One cannot help but admire the band’s enduring referentiality which they manage to convert, time after time, into a sound that is unmistakably their own. – Rod Waterman 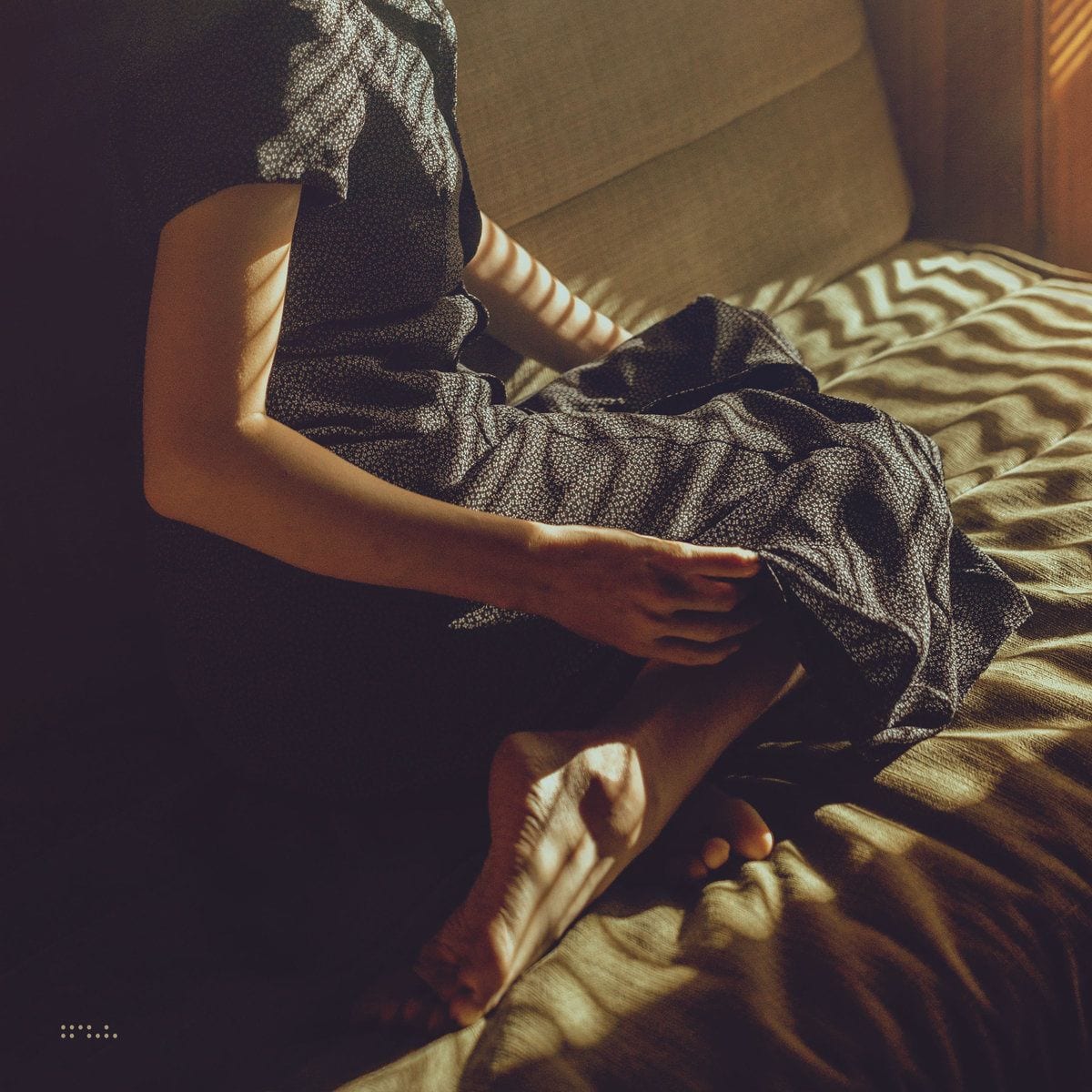 On new album Weather, Tycho doesn’t diverge hugely from the core sound he grew into on Awake or Epoch. The meticulous, layered production and the ear for a complimentary, unassuming melody are both present but with one major difference. For the first time, Tycho has written the album with vocals in mind, bringing in Hannah Cottrell (aka Saint Sinner) to lend her voice on the majority of the tracks. As a result, the album is a much more focussed and structured affair that finds Tycho producing more conventionally structured dream-pop songs.

In many respects Weather is a brave album for Tycho to make. He could be forgiven for just continuing in the same vein as Awake and Epoch, producing affecting, downbeat instrumentals. However, he has chosen a much more collaborative approach in bringing in Cottrell in and making her the focus of the songs. Consequently, he shows he can incorporate all of his signature elements into a traditional pop song structure without having to compromise the core, distinctive elements that make him such an innovative and intriguing artist. – Paul Carr 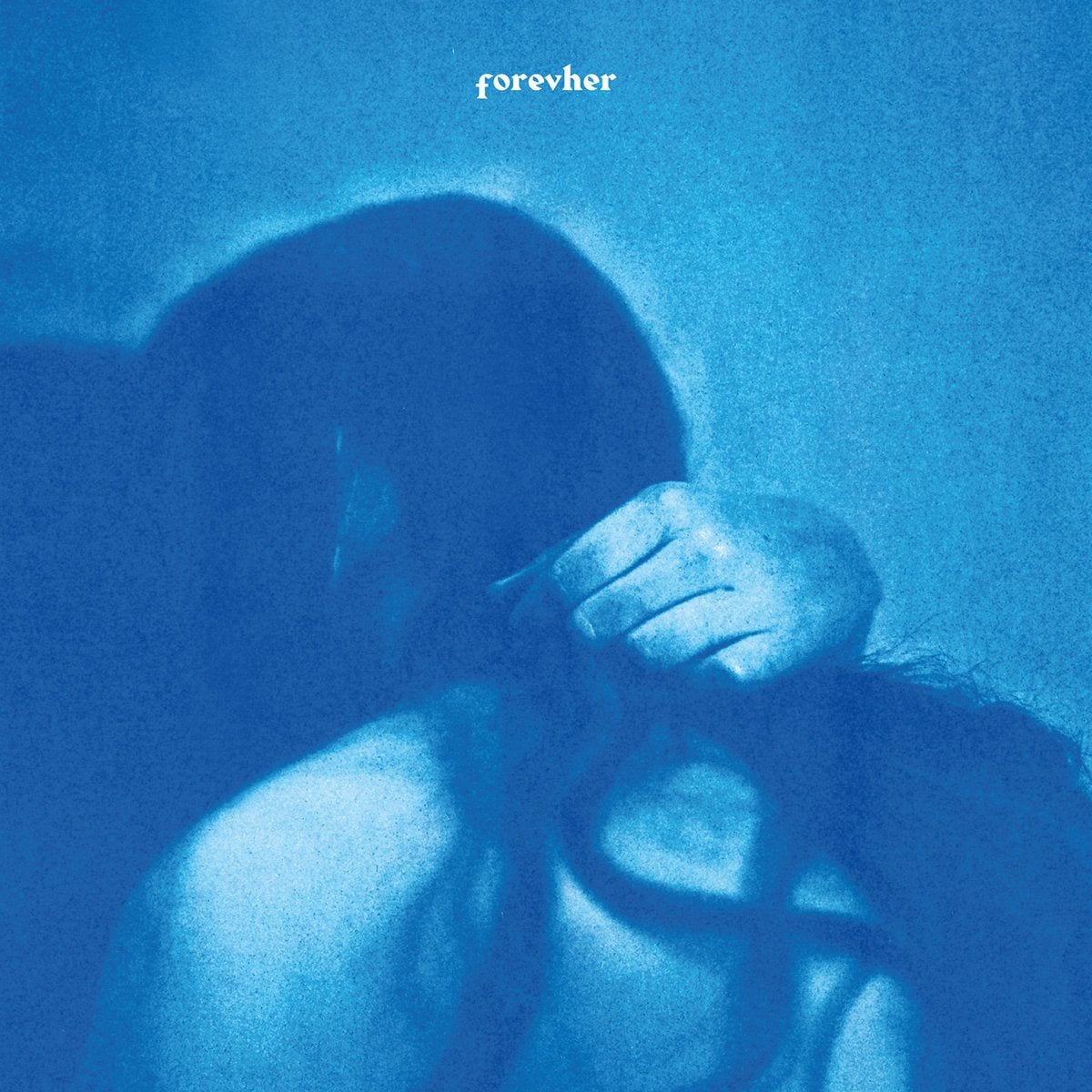 Forevher is at its best when Shura embraces the dancefloor. Leading single “religion (u can lay your hands on me)” is a groovy culmination of synth strings, funky guitar strumming, and breathy vocal lines that create a catchy electropop dance number. Like much of the album, its lyrics are peppered with religious imagery employed to evoke charm and sexiness; “I wanna consecrate your body, turn the water to wine.” The semi-title track “forever” is more restrained, but rests on a punchy bass and explosive chorus of shimmering synths and wistful vocal harmonies. The standout track is certainly “side effects” with a superbly catchy chorus, inspired vocal melodies, and a masterful arrangement that simultaneously sounds dreamy and groovy.

Forevher is a highly refined album of surprising variety. Catchy hooks abound on its dance tracks, playful instrumentation more in line with psychedelic pop soak through its summer jams, and starkly sincere lyricism uphold its mellow ballads. Its more vibrant tracks are certainly the album’s strong point, but even its more languid songs have an enjoyable authenticity. – Callum Bains 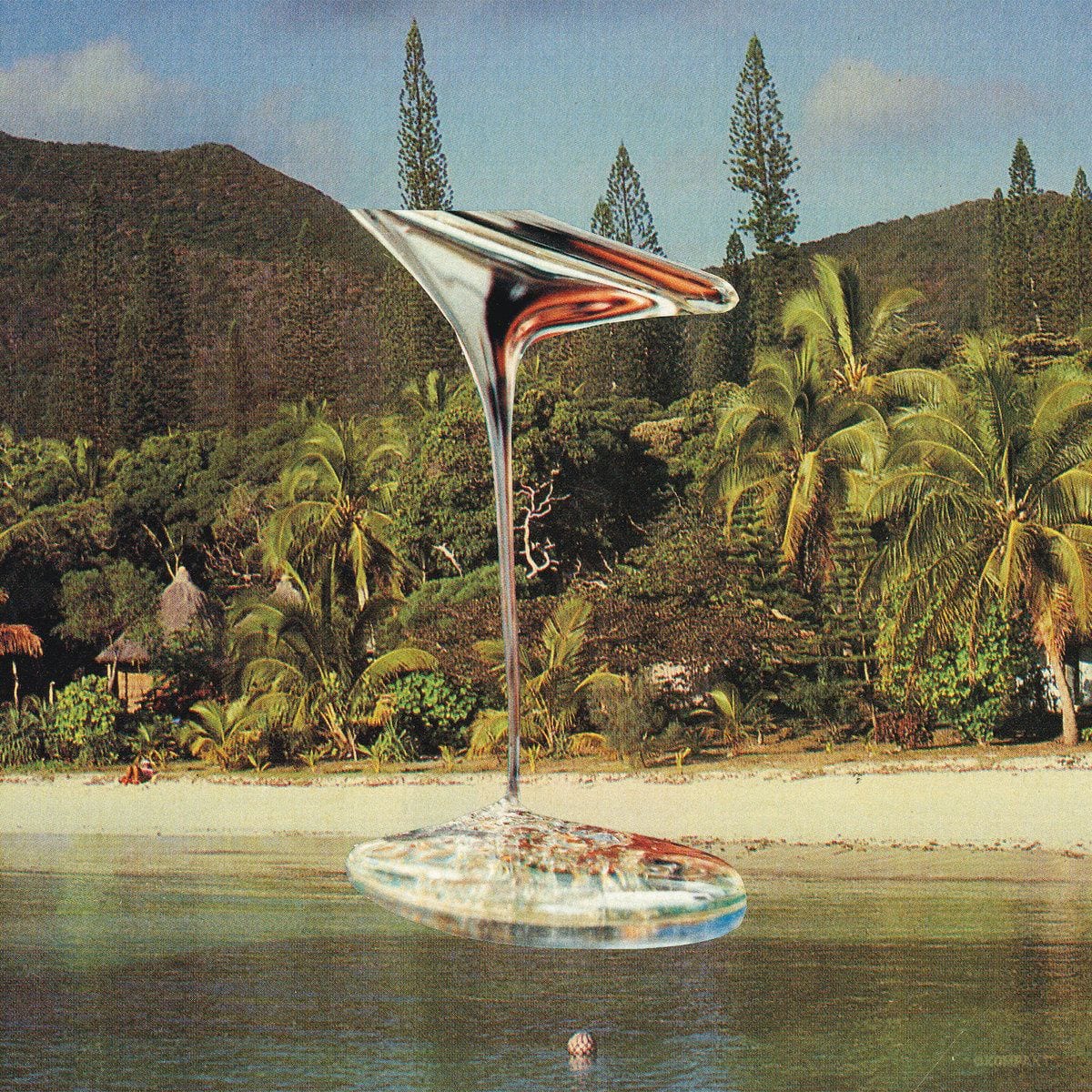 There is a beautiful set of paradoxes inherent in Weval’s second full-length album
The Weight, involving light and darkness, light and heaviness, art and pop, and other polarities too numerous to mention. But for all of the diametrical oppositions this suggests, there is a terrific synthesis that ultimately resolves all of those polarities into a wonderfully interwoven sequence of instrumental and vocal music. All of this might sound rather pretentious in a way that the album itself isn’t; it’s fully accessible and deceptively easy to listen to without in any way even remotely approaching easy listening territory.

There are many twists and turns of sound and feeling as the album progresses, and the overall effect feels both hermetic and inviting at the same time. This is a world of sound that is simultaneously closed off and self-contained while also seeming to invent and invite a community of listeners and participants who are welcome to roam around inside the scene it has created. In this way, it also functions as an album that works equally well alone and with company, fully outward-facing, or fully solitary on headphones or while driving. This versatility is only one of the many pleasures
The Weight has to offer. – Rod Waterman 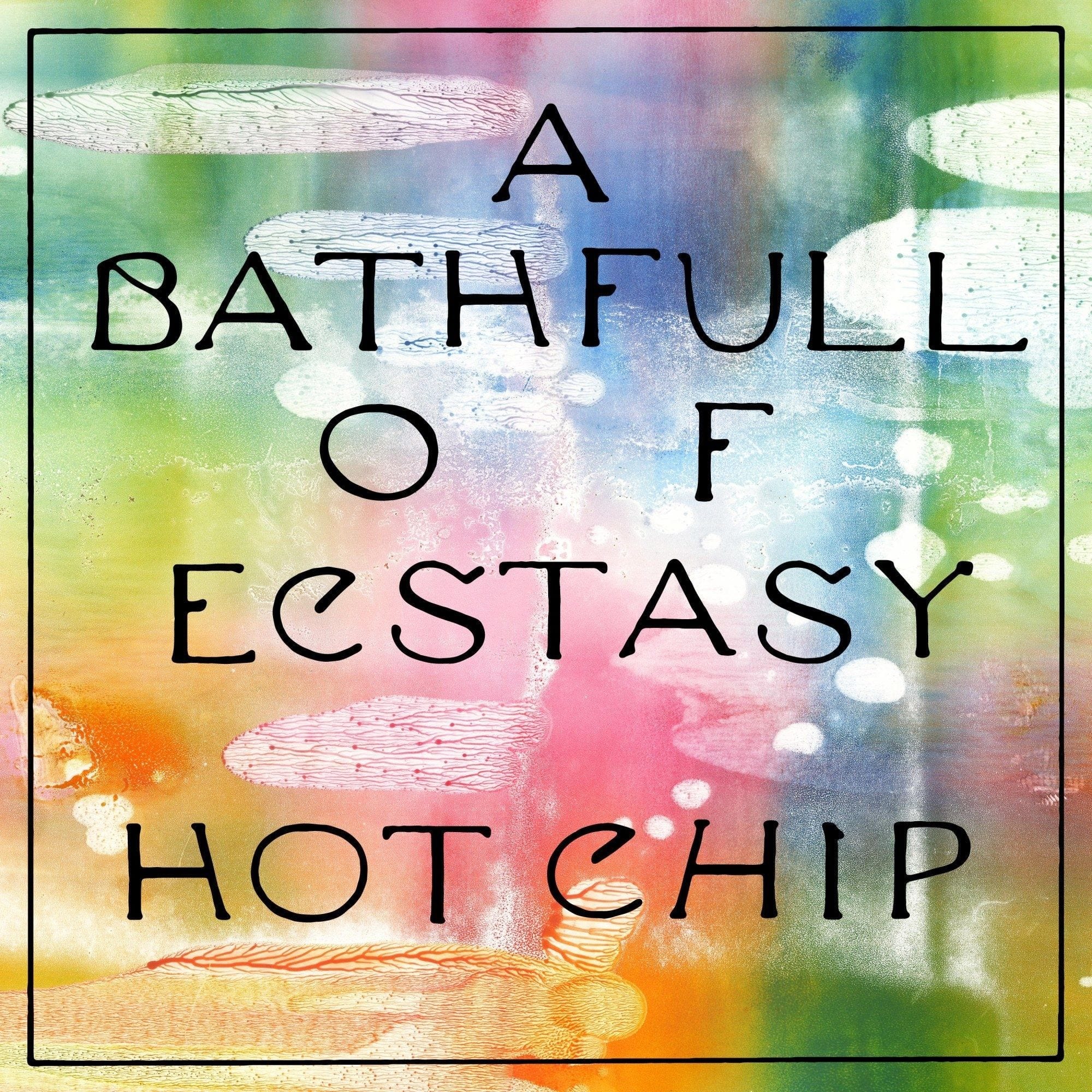 Hot Chip’s Why Make Sense? gives no reason to think that the steam is beginning to run out for Hot Chip, but it does raise a natural question for any act which has reached a career zenith: where do you go next?

On A Bathfull of Ecstasy, Hot Chip finds its answer. Instead of pressuring themselves to explore totally new sonic territory, the five core members of Hot Chip – Taylor, Joe Goddard (vocals and synths), Owen Clarke (guitars, synths, bass), Al Doyle (guitar, backing vocals), and Felix Martin (drums) – deepen their existing sound, going down rather than out. The lush production of the album, in conjunction with the emphasis on positivity in the lyrics, creates an enveloping musical and emotional atmosphere alluded to in the title A Bathfull of Ecstasy itself.

Sure, given that Hot Chip is an electronic group and they bound to play a few festivals on their upcoming tour, “ecstasy” could very well refer to the party-starting drug used to brighten up raves the world over. But as Hot Chip renders it musically, “ecstasy” is a state of being one can achieve with no chemical supplements required. – Brice Ezell 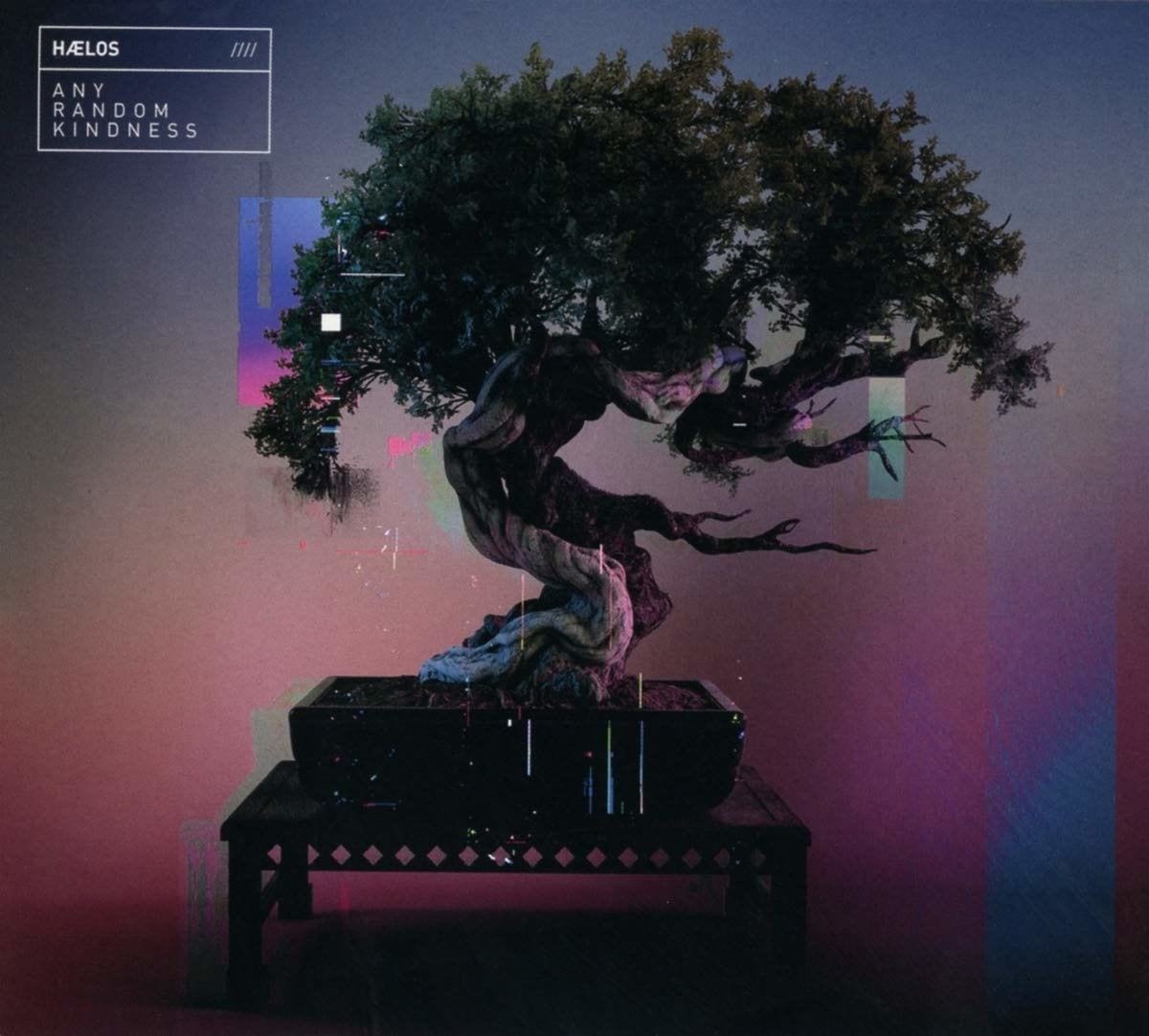 The songs on Any Random Kindness take time to sink in, with hooks revealing themselves over time with the band clearly understanding the need to take risks to grow musically. The mix of the organic and synthetic is handled skillfully throughout with slowly rippling melodies suddenly enveloped by swarming crowds of busy electronics and charged live drums. The band’s second album finds HÆLOS expanding on their core sound while reminding themselves and the listener of just why they are such an exciting and intriguing outfit. – Paul Carr