Already an Oscar-nominee by the time the ’80s rolled around, French actress Isabelle Adjani would score another nomination for her daring portrayal of the life of sculptor Camille Claudel in the 1988 biopic that returned the actress to international renown. Camille Claudel followed just off the heels of a complete Hollywood disaster she starred in called Ishtar (1987), a misguided comedy also starring Dustin Hoffman and Warren Beatty. Though already a highly respected actress and star at this point, Adjani’s turn in Ishtar introduced her to American audiences in an ill-fated manner. Camille Claudel seemed only natural as the vehicle for her revenge.

Hollywood-success troubles were only the tip of the iceberg by the time production on the biopic began. Adjani, at the time, was also the target of a vicious rumor (started, according to some reports, by the National Front) that she was dying of AIDS. A few newspapers in France went as far as to report that the actress had died from the disease, forcing Adjani to appear on television to dispel the rumor.

In such a toxic space of fermenting tension, it seemed like the circumstances were ripe for artistic change and development, the kinds that inspire passion projects that test the mettle and will of those at the mercy of their artistic muses. The 19th century French sculptor, whose preternaturally-skilled hands produced many breathtaking works, proved such a muse for the then-conflicted actress.

Like Adjani herself, Camille Claudel was a scrutinized artist whose works invoked great admiration as much as they did envy. At a time when such artistry (painting and sculpting) was considered a “man’s” work, Claudel managed to one-up her male colleagues in creating such precisions in beauty, catching the (perhaps envious) eye of her mentor Auguste Rodin (hailed today as a master of modern sculpture). 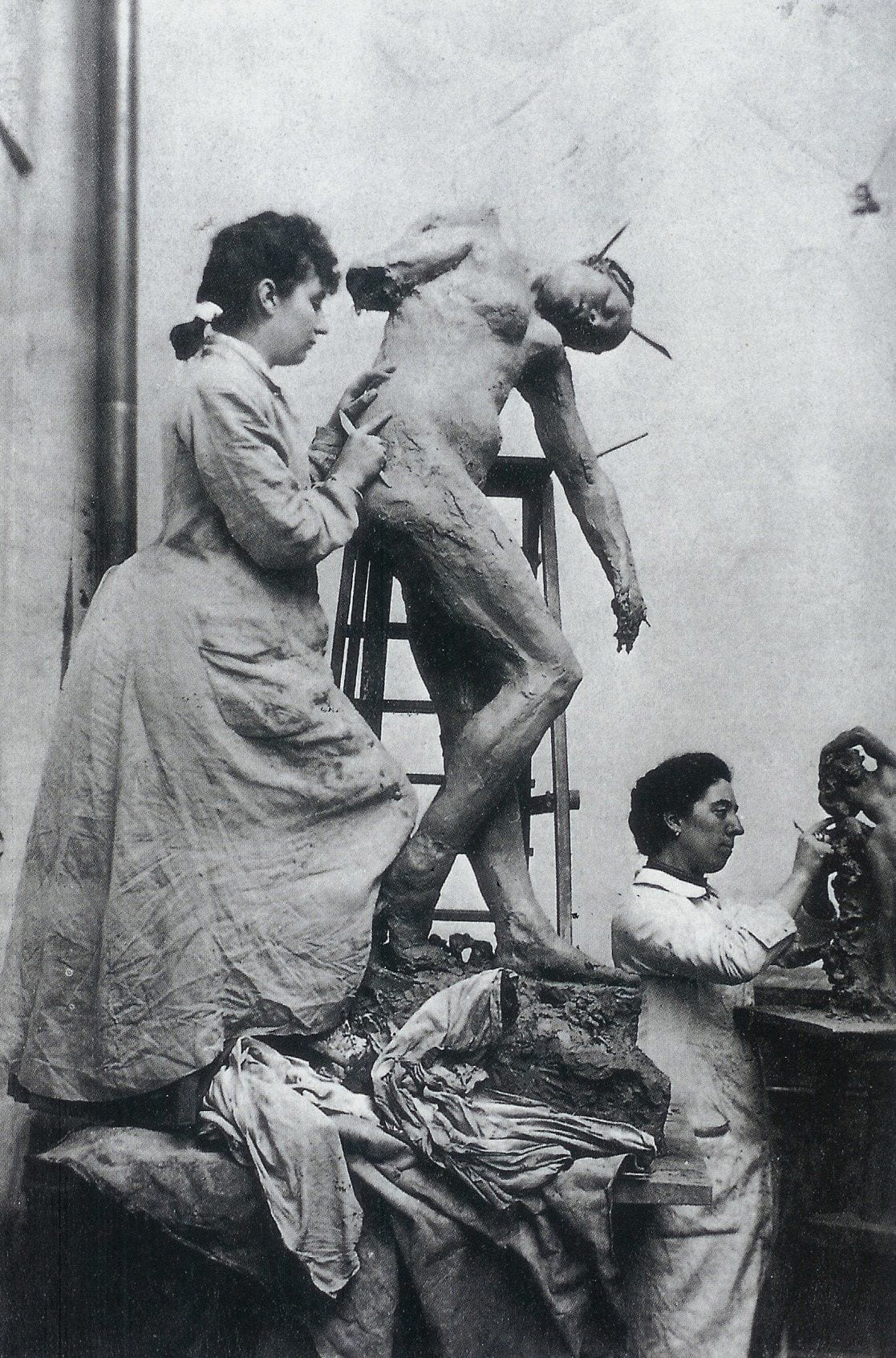 What’s been written of their history together includes a torrid romance in which both Claudel and Rodin were bound by their creative endeavors and then ultimately torn apart by them. That’s the way Adjani, who also produced the biopic, sees it. And through a brazen performance, one to obliterate all performances that came before it, she gives her Claudel a true body in which to house all that drive and desire.

Camille (Adjani), a young would-be artist who spends dark nights digging the earth for sculptor’s clay, is given an opportunity to meet with the great Rodin (Gérard Depardieu), who runs some of the most prestigious artists’ workshops in France. Making a great fuss to display her works-in-progress for the master sculptor, Camille anxiously awaits Rodin in her little studio. Rodin is impressed, but not enough that he agrees to take her on as a student.

Disappointed, but determined, Camille visits his workshop to request a piece of stone she can use to sculpt with. Rodin obliges and the next day Camille turns in an impeccably chiseled sculpture of a human foot. It’s better than anything Rodin has seen his students produce in his workshop. Flabbergasted, and his interest now piqued, he offers Camille a chance to work as his protégé.

Camille accepts and as time wears on her presence in the workshop becomes increasingly noticeable. The artists around her, particularly the men, begin to understand the depths of her craft. She pushes for more artistic freedom and when she is sidelined, Camille retreats to her own studio to funnel all her frustrations into a new work of art.

Soon her sculptures earn her notice from the media and as she seeks more new artistic opportunities, her relationship with Rodin begins to heat up. In time, rumors and gossip begin to develop. Camille is coined everything from a genius to a witch by the general public who marvel at her creations. Rodin, who is married, is smitten with Camille. When her art brings her more attention and fame than that of her mentor, jealousy and pride rear their ugly heads, and soon Camille and Rodin’s artistic and romantic relationships begin to disintegrate. The young woman fights for her good name – and her right to be recognized for her art – but it’s a losing battle that ends tragically. 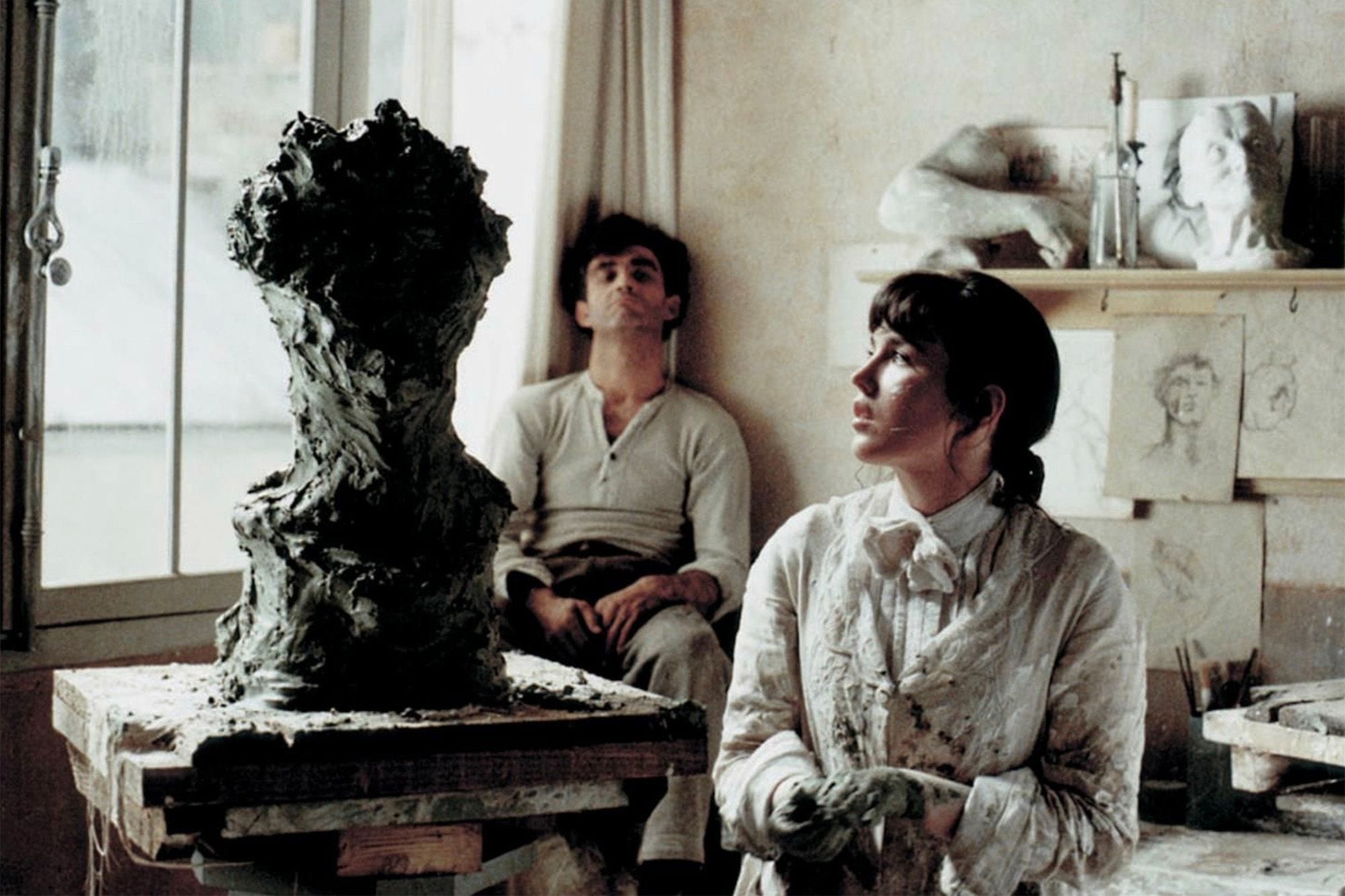 Camille Claudel (released in Europe in 1988 and in the US in 1989) was directed by Adjani’s former husband Bruno Nuytten, one of cinema’s most respected cinematographers. Nuytten made his directorial debut with this feature and, while he doesn’t handle the cinematography here (that honor goes to Pierre Lhomme), he certainly uses his understanding and scope in that trade to present Adjani in a frame that never stifles her. Adjani is afforded, in the gorgeous surroundings of her art studios, the French countryside and the turn-of-the-century cityscapes, a healthy space to deliver her emotions without the obstructions of a filmmaker’s aesthetic vanities. This means that while the visuals are indeed breathtaking, they never distract from the characters who provide all of the story in their movements, their interactions and their unspooled emotions. There is a clean coordination of space and action here, a design that operates smoothly and evenly in the turn of sequence.

Adjani and Depardieu are staggering in their roles, phenomenal forces who battle and love one another with almost primal compulsion. The film’s most powerful scene is one in which the threads of trust have been completely snapped. Rodin visits Camille at her studio to see how her works have progressed. Camille has created a series of sculptures that are nothing short of the brilliance he expects from her. Rodin then happens upon one particular piece that depicts, and thereby exposes, his and Camille’s secret affair: a sculpture of Rodin torn in a struggle between his mistress Camille and his long-suffering wife.

Enraged, Rodin accuses Camille of ruining his reputation and Camille, seething with her suspicions of Rodin’s jealousies, lets her brutal sentiments fly. An argument of uncontrolled fury ensues and the two lock horns in a storm of words that cut, mince and destroy. Watch Adjani’s posture, a frame twisted and bent with every gesticulation of rage, and hear the rise and fall of her anguished voice as she fights to hold her ground. Depardieu’s smoldering temper, like lava barely contained in the soon-to-erupt volcano, is the measured counterpoint to his opposite’s histrionics. It’s a scene to behold, an exemplary display of sheer skill by two time-honored actors practiced in their craft.

Kino Lorber releases Camille Claudel for the first time on Blu-Ray. It’s a release that’s been long overdue, a film like this deserving a high definition presentation after some previous DVD releases with paltry transfers. Kino’s release gives this Blu-ray a handsome transfer with vibrant, painterly colours and clear sound. This is a talky film at times, but the lush score works overtime to provide a suitably melodramatic soundtrack to the story.

The Blu-Ray also features the full European version (previous American releases were cut by roughly 15 minutes), so it’s a pleasure to see the film as it was intended. The supplements include a commentary track by film historian Samm Deighan and an essay booklet. The film is in the French language with optional English subtitles. 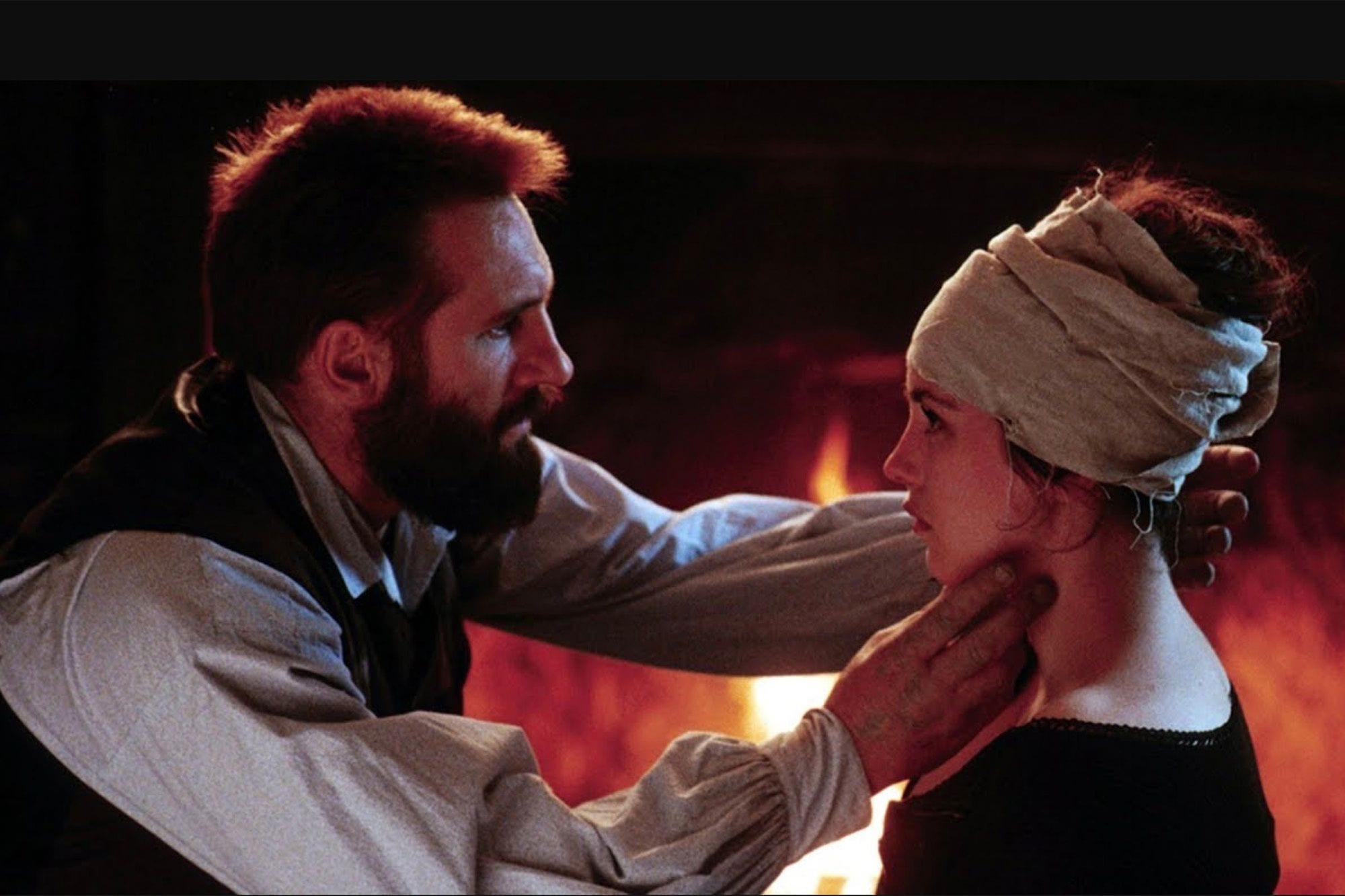 Adjani, very deservingly, earned an Academy Award nomination for Best Actress for her role in this film. Losing out to Jessica Tandy (for her role in Driving Miss Daisy), Adjani remained on the precipice of Hollywood stardom. It wasn’t her first miss; in 1976, the actress was an Oscar-nominee for her role in The Story of Adele H., losing out to Louise Fletcher. Adjani did earn her third César Award (France’s equivalent of the Oscar) for Camille Claudel, as well as the Silver Berlin Bear. The film itself was an Oscar-nominee for Best Foreign Language Film.

Despite the many accolades, the film seems to elude a wide audience. The unabashed displays of romantic strife and ornate turns of melodrama have seemingly distanced English-speaking audiences. But it’s an essential and inspiring film, one to teach the necessities of throwing oneself into his or her personal passions. Today, what remains of Claudel’s work can be seen in the Musée Camille Claudel, located in the sculptor’s hometown of Nogent-sur-Seine in France. It’s been proposed by some art historians that a few of the works that bear Rodin’s name may actually have been created by Claudel.

Camille Claudel was followed up with a sequel in spirit, of sorts, in 2013 called Camille Claudel 1915. A staid drama starring Juliette Binoche, the “sequel” lacks the tour-de-force performances and electrifying narrative that makes Adjani’s version such a gripping and enjoyable experience. Make the effort, sit down with this film. Discover the incredible true story of a woman who suffered painfully for her art. And then discover the incredible actress who plays her.