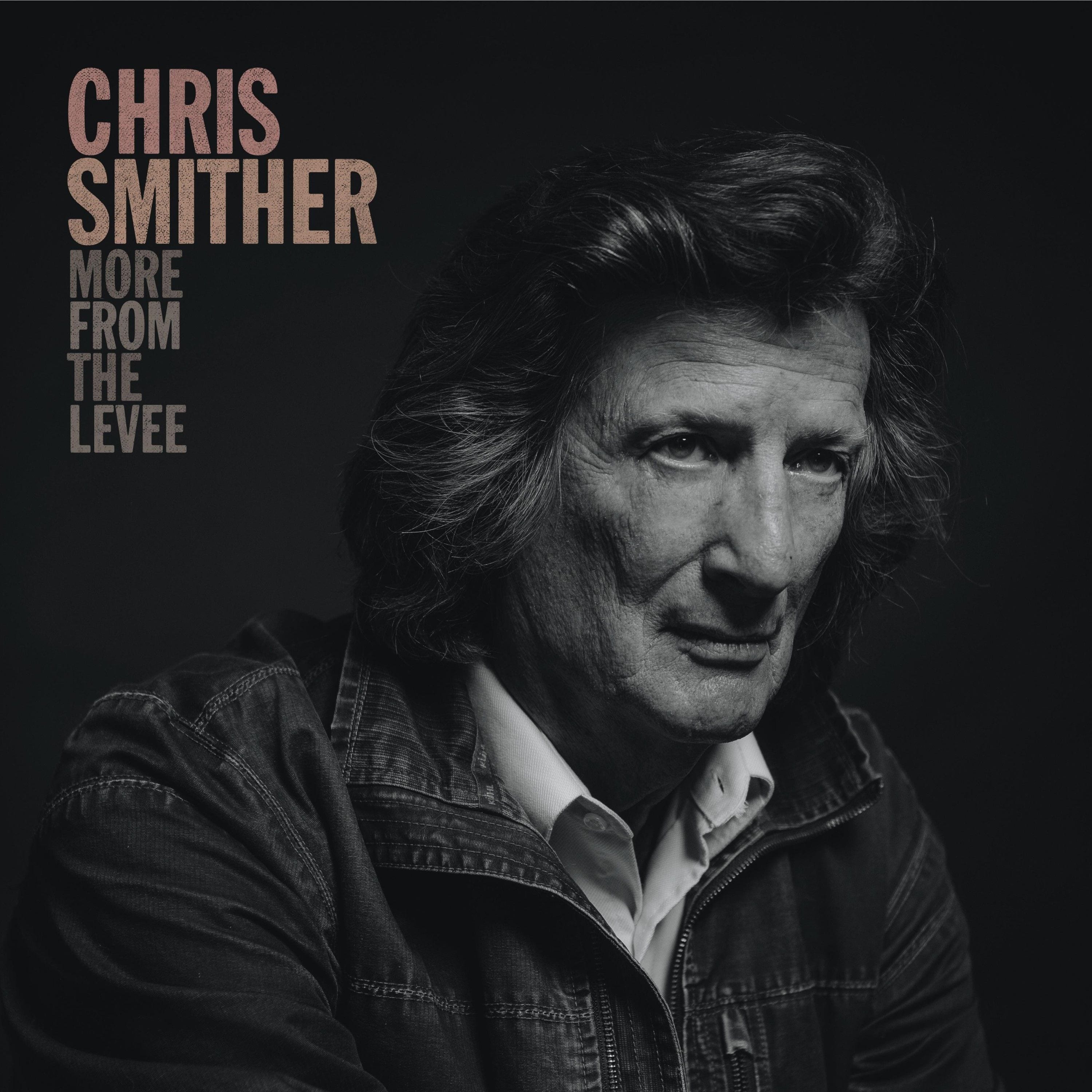 Chris Smither’s latest LP, More from the Levee, will be released on 2 October. Produced by David “Goody” Goodrich, the collection is material primarily culled from sessions for the veteran singer-songwriter’s last collection, 2014’s Still on the Levee. That acclaimed double LP found Smither revisiting songs from his past, resulting in a reminder of why he’s become one of the most beloved voices in American songwriting across the last half-century.

One outlier in those sessions was the song, “What I Do”, which was written at Goodrich’s insistence. “I think we were halfway through the two-week recording session in New Orleans, and David turned to me and said, ‘You should write a new song.’ Just like that. Well, I do write best when there’s a deadline, and there was something in the air. Maybe being in New Orleans where I grew up since age two, and well, I couldn’t not write something. Especially since David asked nicely.”

In some ways, the song is a response to questions Smither has fielded time and again over the years. “Two of the most frequent questions I get are ‘How do you write songs?’ and ‘How do you think New Orleans affected your sound and what you do?’ On the record Call Me Lucky,there’s a song called ‘Down to the Sound’, and that’s how I write songs.”

A new video accompanies the song, and Smither says, “I’m not just guitar-driven, but my songs are lyrically driven, and I thought it’d be fun to have this new one out there in a video like this. Kelsey O’Brien at Signature Sounds does such great work, so I asked her, and she jumped at the idea.”

“What I Do” is quintessential Smither. His prowess as a lyricist, singer, and guitarist continues to grow. His unmistakable voice lends the tune a gravity that is deeply honest and emotionally satisfying. Smither spoke with PopMatters from his home in Massachusetts about the new collection and another project he has on the horizon.

When you revisit material for a project such as this, is there ever an inclination to change things? Like, do you think, “I wasn’t really happy with the chords in the bridge”, or “The second line in the first verse has always bugged me”?

[Laughs.] Without even realizing it, I did do some of that. Some of the songs I had to go back and relearn. I hadn’t played some of them in years. I think in learning them again, I just incorporated the way I would play them now. I think there’s a few examples of that, but on the whole, they held up pretty well.

The biggest change was that my vocal tone is so different now than it was in some of the early stuff. That gives a whole new sense to the songs because it sounds like an older guy. They get a little more somber, I think. [Laughs.]

You have a lot of records behind you. Did you know you’d make a second album after your first, all those years ago?

With almost every single record I’ve made, I’ve thought, “This is the best one I’ve done so far.” I love the first one, and every subsequent was always better. Right? I can look back on them now and say, “Okay, this was a special record. And this one was okay.” But the way they sounded when I made them? I was really happy.

This record has a spare feel to it. Was that your intention right away?

That was sort of a happy accident. We’d already decided which songs we were going to release, so we didn’t do a whole lot of production on the rest of them. We thought, “We’ll let those ride, and if we put them out, we can add some stuff to them if we feel like it.” When the time came to release them, we listened back and said, “You know what? They’re fine just the way they are.”

Tell me about the incorporation of foot tapping. It’s such a signature sound for you.

In the beginning of my career, I drove my producers crazy with that. They didn’t want me to do it at all, and I think my playing suffered to a certain extent because of that. It wasn’t until much later I realized that I almost had to hear myself tap my foot in order to get into my groove. It was a kind of a strange thing. It took me a long time to realize that when I was playing live, solo, the audience had to hear my feet in order to understand what the rhythm was doing. The feet do more than just beat time. They contribute to the whole sound, so I started mic’ing my feet in live performance.

When I recorded my first album with Stephen Burton [as producer], he said, “Go ahead, tap your feet! Doesn’t matter to me!” [Laughs.] And the drummer was cool with it. He said, “Nah, he keeps good time.”

It freed me up a lot. That might be partly a psychological thing. If I don’t tap my feet, I feel like I’m playing with my hands tied.

You’ve been working with producer David Goodrich for a long time. What is it that makes him the guy to work with?

He’s probably the fifth or six producer I’ve worked with, and from the first record, I felt like I had found somebody who understood what I was trying to do. There’s an element of trust that has developed. It was there from the beginning, but it’s gotten stronger. He trusts me to come to him with the songs that won’t embarrass him, and I trust him to make them sound right. It’s almost as though he’s inside my head.

Does it help that he’s an accomplished musician?

One of the nicest things about Goody is that he’s not only a schooled musician, he knows all the book learning, but he’s an unbelievable instinctive musician. I learned by ear, I can barely read music, but he understands that approach too.

This record’s about to come out, but I wonder if you’re using some of the time off the road to work on new material.

I’m working on tunes. I’ve got four or five starts. Once I’ve got a good double handful of starts, I can call up Goody. “When can we go into the studio?” I need about nine months because that puts a deadline on it, and I have to finish them. There’s nothing like putting money on the line.

Is this the longest period you’ve been off the road?

This is pretty cool, I must say. It’s like a preview of what retirement might be like. I play a lot more guitar, I’ll tell you that. When I’m touring, I don’t really have to practice. With the pandemic, I’ve been playing every day.

A lot of people have picked up hobbies or reconnected with old ones at this time. How about you?

My garden has never been so productive because I’m home to attend to it. It’s been spectacular. We’ve been eating well.