“I don’t need to make my mark on the world,” says Sidonie-Gabrielle Colette (Keira Knightley), newly christened mononymously as Colette. She says this after ghostwriting the first novel for her husband, Willy (Dominic West), a hack with no ambition but for superficial fame. Knightley is a marvel in the role, unleashing the statement more as a matter-of-fact declaration of independence than as a challenge. (Plenty of that will come later.) Still, it’s an obvious jab at Willy, who craves adoration at all costs.

In Colette, Willy’s image is fragile and in constant need of maintenance. Like most housework, the bulk of the task is left to his wife, whose small country lifestyle stands in contrast to his showy downtown intellectualism. The film begins as the pair wed and ends with their final separation, but perhaps most impressive is that everything in between brims with a similar energy. The script (written by Westmoreland, Rebecca Lenkiewicz and Richard Glatzer) fixates almost entirely on Colette’s perspective, navigating the fascinating life of one exceptional woman without ceding much to the men in her way. This is a woman’s story, unapologetic about its feminine qualities and untroubled by the weight of the historical male canon. 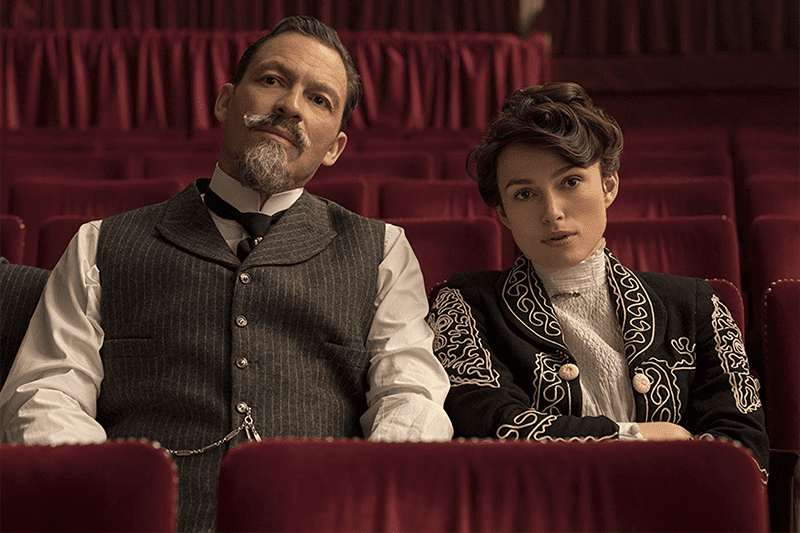 At the film’s opening, Colette’s post-wedding move to the city is an exciting but suffocating one. She attends garish parties with Willy and watches, silently and disdainfully, as he flirts with other women and makes a spectacle out of his own performative wit. This isn’t a caricature of an unhappy woman, though; outside these moments of palace intrigue, Colette and Willy appear to be genuinely besotted and, at the very least, similarly curious about life. A particularly telling early scene follows the couple as they stroll through the countryside, the sun dappling their faces as the surrounding wild makes a convincing case for the simple life of lakes and pastures. This scene sets the narrative in motion. As Colette tells Willy stories about her youth, her storytelling prowess is evident, and Willy himself is impressed. It appears, at first, that he’s happy to have found a partner of substance.

This quickly changes. In succession, two occurrences cut underneath the charming artifice: First, Colette catches Willy cheating on her with another woman. Next, as a desperate attempt to resuscitate his failing writing business (and also establish a firmer means of control), Willy ropes Colette into writing for him — or, more accurately, as him. He masquerades this selfish act by appealing to Colette’s talents and, for a while, she is herself happy with the arrangement. He asks her to write for four hours at a time, and she hunkers down for eight. Her first effort, Claudine, becomes the couple’s lifeblood for years to come.

Willy reacts to Claudine positively, but with a barely concealed sense of dismissive jealousy. I don’t need to make my mark on the world. Colette makes this remark as an act of concession, but it seems in the moment as though she believes it herself. Her singular becoming then, offset by her husband’s shameless plagiarism, comes almost as an act of retribution. She doesn’t need the fame, but with such luminous talent and fearless ambition, how could it be avoided? Knightley, in a luminous performance reminiscent of her breakout role in Pride and Prejudice ( Joe Wright, 2005), juggles Colette’s curiosity, desire, anger and radiance with a transfixing ease. West gives a fine performance, too, somehow extracting an eloquent charm out of Willy’s pitiful incompetence. It certainly helps that the film isn’t stifling in the least, leaning generously on its bit players for additional humor and depth. 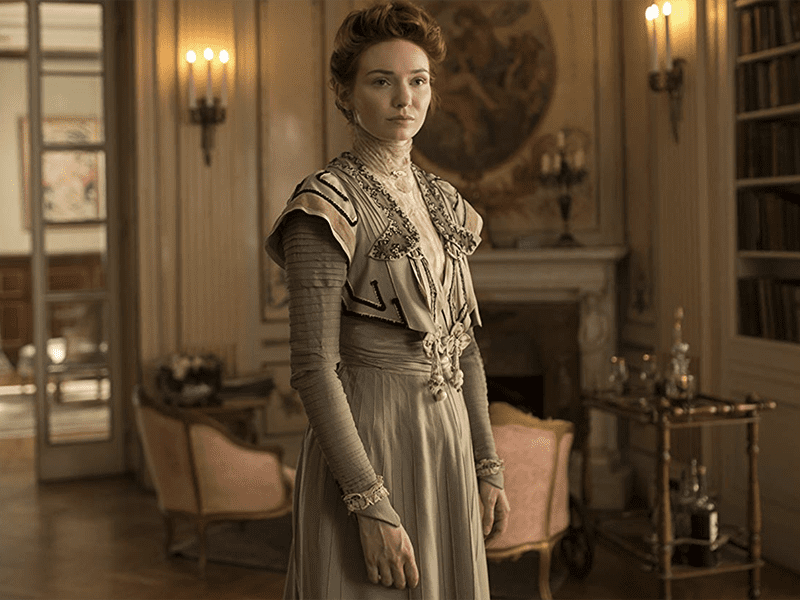 Many of these supporting performances also celebrate feminine strength. Fiona Shaw, as Colette’s mother Sido, is world-weary in the hilariously dry manner of a middle-aged woman accustomed to life’s inequalities. It’s particularly refreshing to see the mother character, so often relegated in period pieces to the role of a marriage-obsessed nag, as the one whose trepidations (especially regarding Willy) are proven most prescient. Then there’s the matter of female pleasure, explored by way of Georgie (Eleanor Tomlinson) and Missy (Denise Gough), two of Colette’s extramarital love interests. Georgie is an American southern belle who brings both Colette and Willy out of their rut by way of glorious sexual romps (a montage depicts both in passionate mid-coitus with her). Missy who might be deemed a “lesbian” in this time period, identifies as male, and is unique in his ability to see through Colette and goad her into a successful second career at the theater. 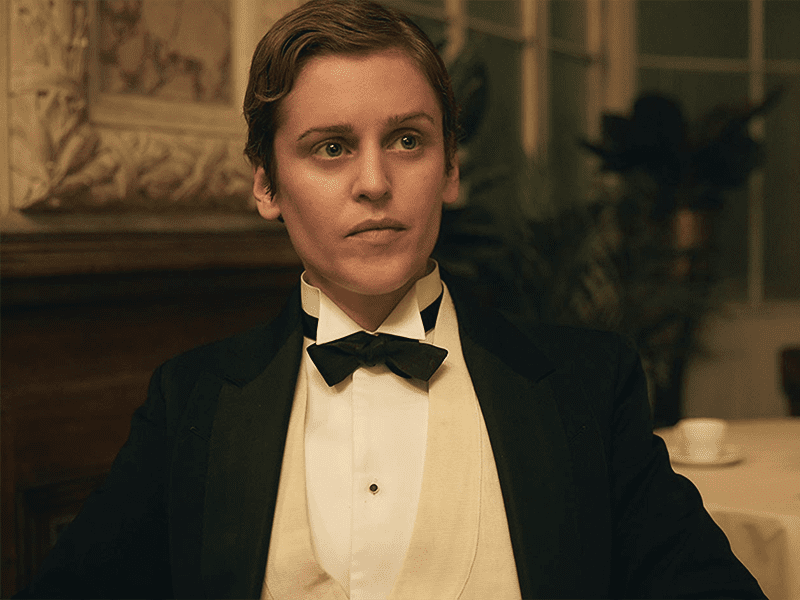 But the success of Colette as a whole is a well-rounded one. Westmoreland’s direction is poised but unfussy, showcasing the splendor of wealth but open to the magnificent beauty of nature. Mirrors and reflections play a huge part, finding extra space in otherwise stifling corners, and despite its narrative of female subjugation, the film is resoundingly bright and empowering — even liberally comical. There are certainly a handful of Oscar-friendly monologues, with Knightley balancing Colette’s idealism and confidence and West prodding Willy’s male chauvinism for a potent sense of self-doubt and insecurity, but none of these elements play out in the overly stagey, cloying way of similar biopics.

The film is a diamond in the rough of awards season, buried beneath more precious prestige releases. Westmoreland (who previously co-directed the terrific in 2014’s Still Alice), Knightley and West’s talents are proven and unsurprising, but this is more than just solid historical fare. By imbuing the ornate decoration of a period piece with a uniquely modern sense of righteousness, it breathes new life into the genre. Colette looks forward while at the same time looking back.