One innate difficulty for music documentaries is the overfamiliarity of the dominant narrative. A star is born, struggles with fame and Hollywood and wrestles with the phony intricacies of a career in the toxic, parasitic music industry. The format was solidified — and proven successful — early, with the canonization of Woodstock and the psychedelic chronicles of artists like Jimi Hendrix, Led Zeppelin and the Rolling Stones. The year 1984, coincidentally, was a particularly fruitful year for the genre, with Jonathan Demme’s Stop Making Sense (an earnest Talking Heads concert film) and Christopher Guest’s This is Spinal Tap (a bone dry satire featuring a fictional metal band) both touching down within the span of a few months.

Like all genres, the music documentary has had its fair share of both middling copycats and audacious experiments. There are excellent and poor examples, of course, with much of the credit, good or bad, owed to the artists and musicians themselves. Some performers have the authenticity and the charisma necessary for commanding the screen and shedding new light on themselves and the industry, while others are technically proficient but robotic, only mirroring the narrative assigned by the filmmaker. In recent years, Asif Kapadia’s Amy (2015) has stood out as an exemplar of the medium, providing an intimate and tender account of the 27 Club’s newest member. (It was the focus on Amy Winehouse as a uniquely brilliant artist in her own right, however, and not just as an emblem of some cultural movement, that made the film so special.) Other examples, like Gaga: Five Foot Two (Chris Moukarbel, 2017) and What Happened, Miss Simone? (Liz Garbus, 2016), were enjoyable but less successful, paying a spirited but incomplete homage to the talents of its stars.

Matangi/Maya/M.I.A, a new documentary by Steven Loveridge, sits more firmly in the latter category, although with brief moments of fascinating inquiry at its center. The documentary centers on the Sri Lanka-born British artist, M.I.A., charting her unlikely rise to stardom but mostly fixating on her dedication to frank, no-fucks-given activism. As its title hints, the film organizes itself around M.I.A.’s split identities. Matanghi Arulpragasam is her given name, and acts as a tether to her Sri Lankan origin. Her nickname, Maya, charts her move to England and assimilation into Western culture after moving to London at the age of 11 (a move that the film uses to demonstrate her semi-alienation from Sri Lanka). M.I.A., easily her most globally recognizable moniker, introduces the rapper, singer, dancer and rebel who rapidly took over the world in the late aughts and early ’10s. The film’s title is perfect, really, situating Maya’s multiple identities as the narrative’s driving force. Another force, not unrelated, is her impassioned activism for her Tamil brethren and against the popular music industry.

The execution of these themes isn’t as roundly successful as one might hope, though, simply because few threads get as much exploration as they deserve. Like Amy, Matangi/Maya/M.I.A relies heavily on home videos provided by the artist herself (or the artist’s estate, in Winehouse’s case). As a young girl in Sri Lanka, a teenager and young adult in England, and a grown adult and artist worldwide, Maya is effortlessly charismatic and inquisitive, making her artistic interests clear and demonstrating her easygoing, withering sense of humor. It seems as though her star power is prodigious or even fabled — there’s no watching her many home videos, substantive or not, without recognizing a consummate performer.

But her rise to fame, like her call to activism, is insufficiently realized. Aside from silly videos with M.I.A.’s former collaborator and boyfriend Diplo and short interviews about her hip-hop inspirations, the depth of her artistry, and the undoubtedly complicated act of making her music, can’t be fully gleaned. Likewise, her defense of the Tamil Tigers and outspoken rallying cry for victims of Sri Lanka’s Civil War, followed by a wide public shellacking and her label, in some corners, as a “terrorist”, can’t be properly judged without external research. Still, the general punk rebelliousness to her character is well-wrought, if only because M.I.A. makes it so clear herself by hijacking vapid interviews to talk about her political beliefs and, famously, giving the camera the middle finger during Madonna’s Super Bowl XLVI halftime show (2012). 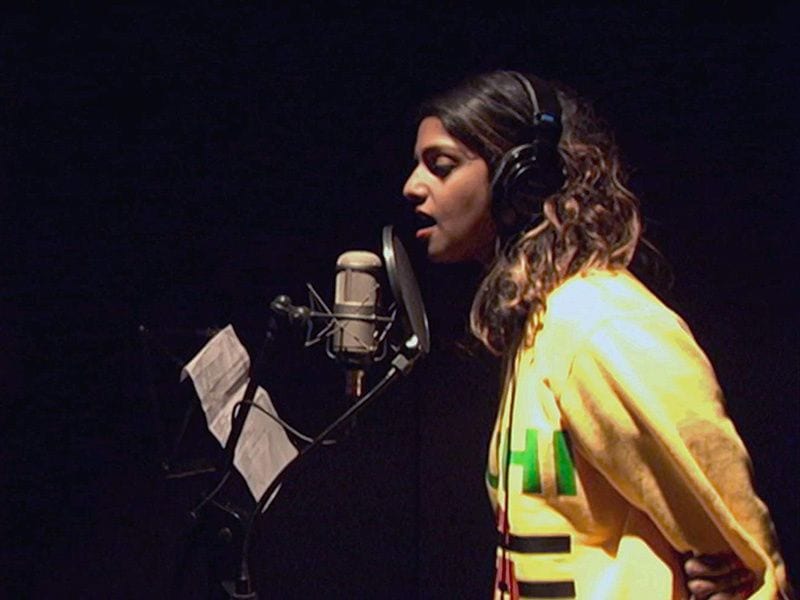 Since much of Matangi/Maya/M.I.A. is filmed in the lackadaisical style of reality TV, it’s not hard to imagine a personality and story like M.I.A.’s working even better in long form. Aside from the obvious practical obstacles of funds and access (Loveridge is Maya’s friend from art school, which is likely the reason for the access to much of the footage to begin with), a short series could have done better to frame M.I.A.’s unique attachment to pop stardom and vehement activism to the apparent hypocrisies of the industry and world at large. This is a petty suggestion, though, as it’s is all much easier said than done.

What actually could have given the film greater weight is a better and tighter structure. As it stands, the film is free-flowing and unbound by any sort of chaptered structure, which makes it tougher to find a sense of immediacy or currency. Maya is often filmed by Loveridge in transit, offering candid answers to his questions, but the device is so visually unremarkable that it blends in with the home videos of her past. This wouldn’t be an issue if the sequences weren’t also the film’s framing device; while it has access to plenty of behind-the-scenes footage, newsreels and firsthand research, the film could have done better to organize its content into more thoughtful sequences.

Regardless, Matangi/Maya/M.I.A. is an accomplished documentary because of its genuine interest in Maya’s philosophy. Even if it doesn’t entirely back up its claims, the film provides a solid defense of M.I.A., especially as it relates to her racist, misogynistic mistreatment in the media. (One incident in 2010 with celebrity profiler Lynn Hirschberg is particularly enraging and dispiriting.) Perhaps 2018 is an odd year to make a fresh case for M.I.A., an artist who hasn’t been around nearly as much lately. But her overarching story of art, politics and disenchantment, so common to the music documentary, is satisfying as an argument against artifice. M.I.A., the artist, activist and person, is everything you’ve heard and more. 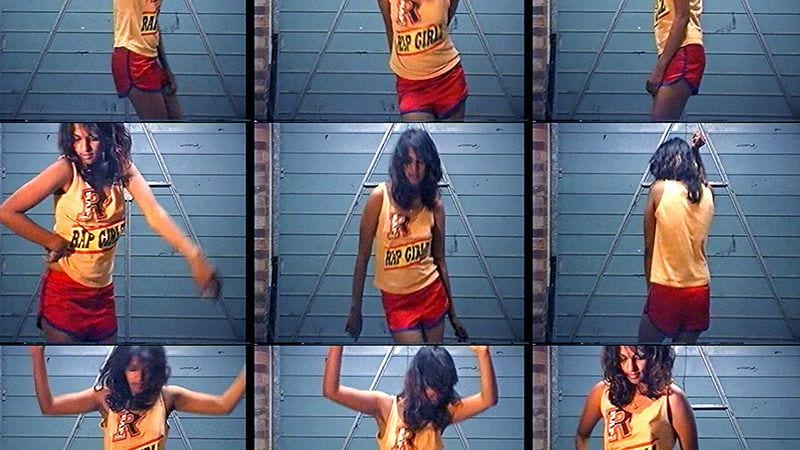