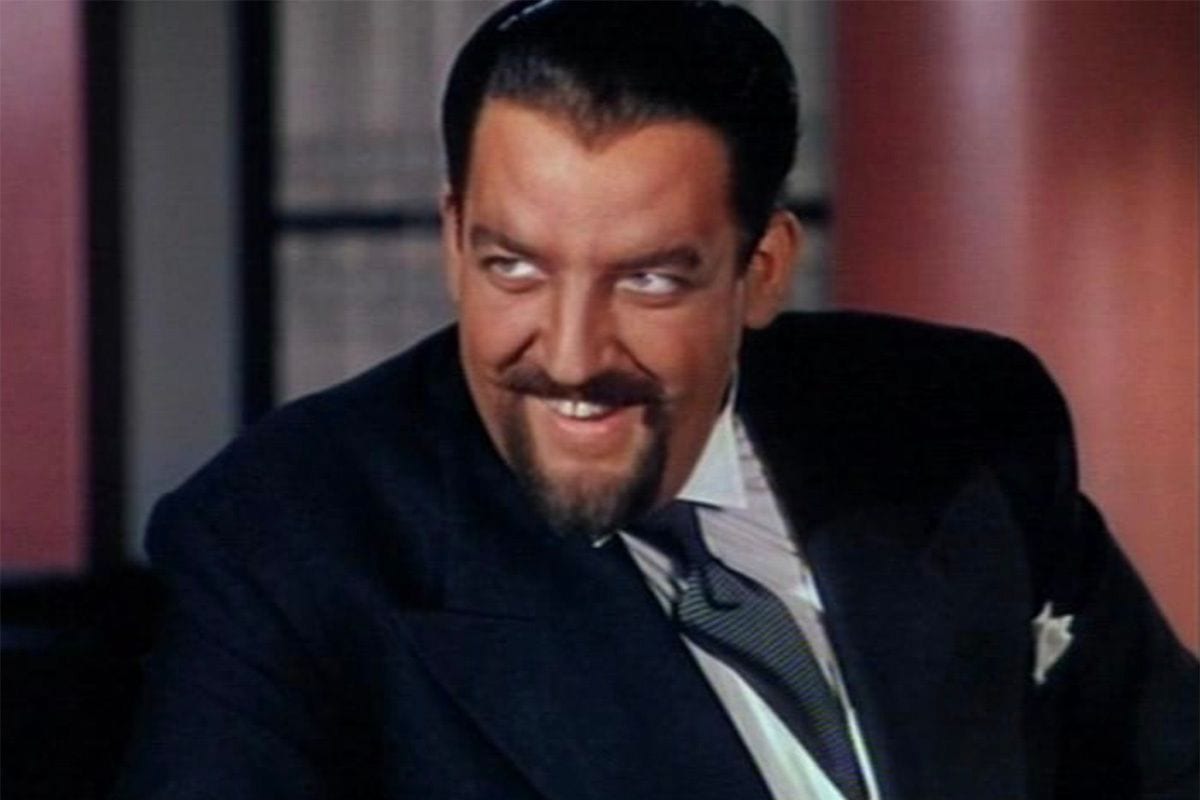 Laird Crager as His Excellency (IMDB)

Ernst Lubitsch’s skill for adding humility to films focused on auto-eroticism and human idiosyncrasies enabled him to earn his place as one of the pioneers of the romantic comedy genre. His film, Heaven Can Wait (1943), conveys the drama and somber moments of love, marriage, and commitment through a series of acidic jokes. Thus, the film constructs a family-friendly view of the expectations held by both heternormative genders in a life-long relationship full of ups and downs. Even though Heaven Can Wait lost both its Best Picture and Best Director nominations to Michael Curtiz’s Casablanca (1942), it still stands as Lubitsch’s most successful film due to his ability to turn a period-piece into an enchanting story about the human condition.

In the first few minutes, starting from his supposed quaint beginnings, Henry Van Cleve (Don Ameche) explains to his Excellency (Laird Cregar) how his “shortcomings” all involved women. Amidst his speech about his misdemeanors and the charmingly romantic palette that hell is pictured as, it’s quickly established that Henry’s life story and experiences with others will be blatant statements of comedic hypocrisy towards normative gender roles and existentialism.

The movie often positions Henry and others in various scenes that show their true naïvety towards normative gender roles. Specifically, Lubitsch uses
Heaven Can Wait to humanize and portray the men as melodramatic as they underestimate their female counterparts, who are more logical. 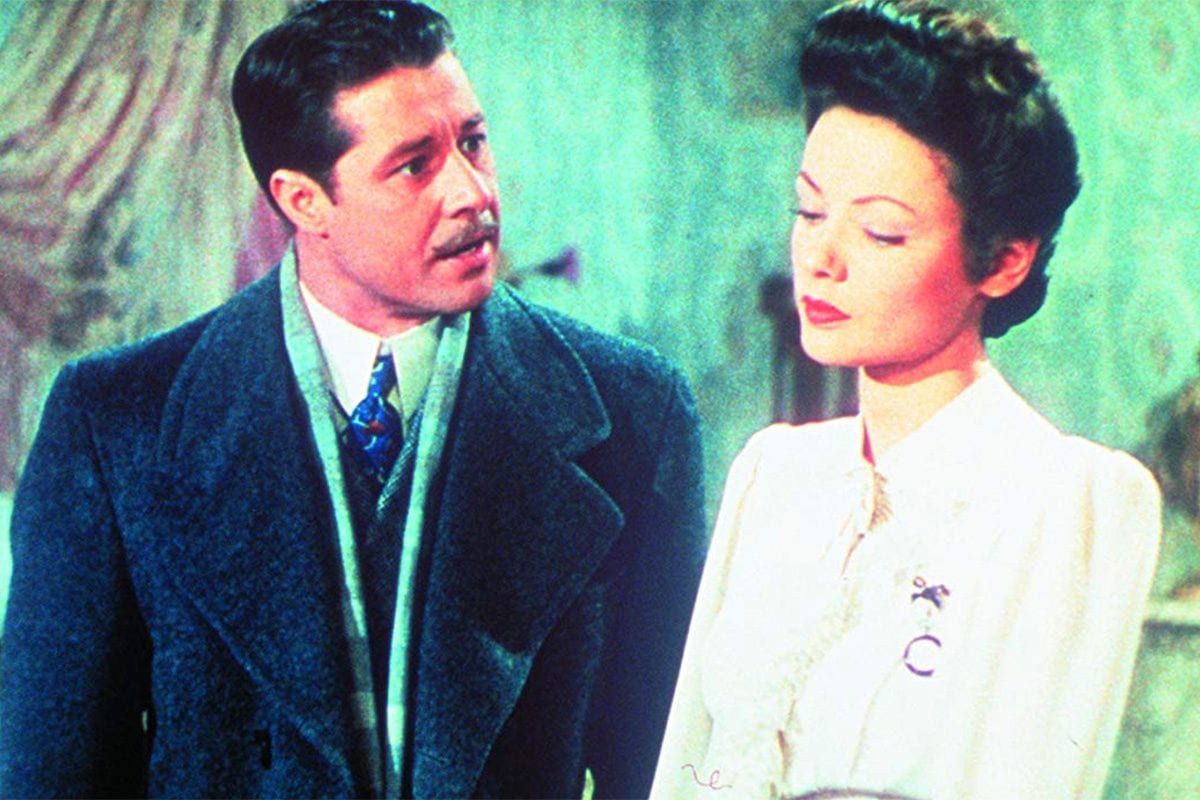 When Henry first meets his wife, Martha (Gene Tierney), he poses as a bookseller for a store that he follows her into. He tries to win her over by explaining how the author of the book she wants would never know how to please her husband with her looks, exemplifying the fact that he’s the epitome of the man that has never been in love with anything other than an attractive face. He even goes so far as to say, “When selling literature, one gets poetic.”

Albert (Allyn Joslyn), Henry’s cousin that was supposed to marry Martha initially, also supports this. Even though she was the one to break off their engagement by running off with Henry, Albert nonetheless tries to remain as a source of stability in her life. He conveys a tinge of a knight in shining armor by reiterating to her that he would be able to provide the normalcy he deems necessary to keep a marriage steady.

The social conventions of romance benefit male dominance in both cases, but Lubitsch uses Martha’s sensibility to counteract expectations of her gender. It should be remembered that Lubitsch would use his films to “explore unconventional relationships between the sexes and other challenges to traditional gender expectations.” 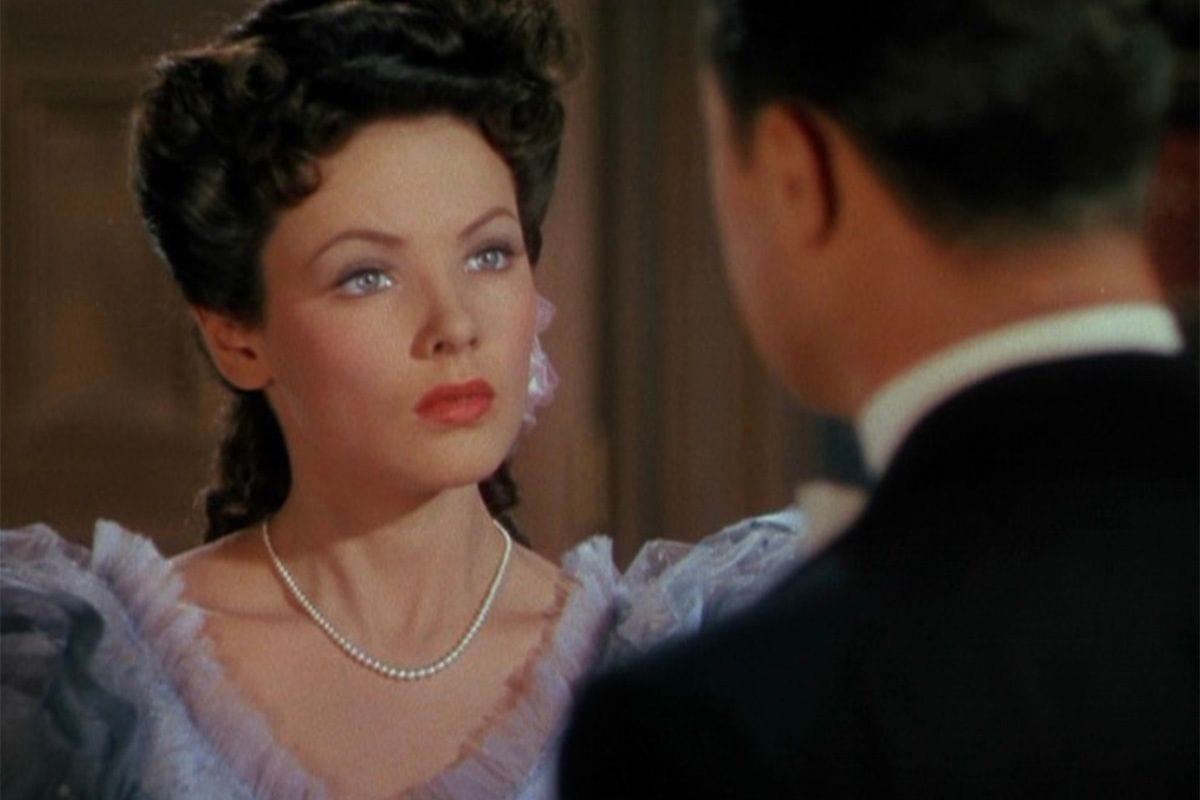 Indeed, Martha’s sensibility shines a humorous light on the dramatics of selfish love to show that men think they are entitled to romance without putting in the hard work. Her character also conveys that men have created the illusion that love is simple to attain through a centralized system of courting methods that disregard women’s feelings.

Lubitsch essentially used Martha’s role to explain his idea that relationships are full of insecurity and imbalance because, to him, men’s heavy-handedness overshadows the “timid” rationality of women. The film required that Martha have dignity and a sense of strong self-worth to convey Lubitsch’s belief that mutual respect amongst both genders is needed for the foundation of a good relationship.

The focus of normative gender roles in Heaven Can Wait also extends into the idea of existentialism, or the existence of development through free-willed choices, specifically with love. Love and romantic relationships have obvious connections with terms such as fate, destiny, and soulmates. However, instead of maintaining the common narrative of a cut-and-dry tale, Lubitsch’s film brings a moralistic approach to what commitment means when both parties knowingly make free-willed decisions.

Henry’s sexual passion proves to be a weakness, supporting this existential theory, while also “problematically endorsing the double standard”. His dalliances start young when he learns that he doesn’t need to follow in his parent’s steps with courtship and marriage; he figured out that he could woo women without making the promise of commitment. Learning that this leads to many of his romantic demises, he nevertheless happily continues his many flirtations, even decades deep into his marriage, alluding to the assumption that it would take something drastic happen to men’s wives for them to realize that, just like him, they also have the free will to make better choices. In other words, boys will be boys, and girls could be “boys” too, if they wanted.

Hugo, Henry’s grandfather, stands on the opposite side of Henry’s idea of “love” because he represents those that use their free will to become a pinnacle figure of societal standards. He courted his wife appropriately, chose to stay faithful, and raised his family as happily and healthily as he could. In turn, he realized that he didn’t take advantage of his free will because, by the time he was aged, he was envying Henry’s life that seemed to be full of excitement and vigor from years of promiscuity and misbehaving.

This existentialism in Heavan Can Wait plainly conveys the intelligence and ignorance that accompanies the power of free will. Both Henry and Hugo have the capabilities to make different choices but it’s only Hugo that comes to terms that Henry’s decisions are wrong, especially when Martha leaves him. This deep wedge between good and bad existentialism is concentrated from Lubitsch’s own neatly observed moral code of how free will in love is simpler than people think. To him, people are their own worst enemies by complicating what are decent and indecent choices and, most importantly, in what they are doing to show respect toward their partners.

The key that Lubitsch maintains throughout his sometimes-solemn story is hope that genuine love can be attained no matter how rough the road that leads to it is. Heaven Can Wait validates the director’s beliefs that love itself is simple, but people have created the complexities, especially in the sense of Henry’s and Martha’s messy rollercoaster lives. Ultimately, Lubitsch’s sophisticated understanding of romance serves as an achievement in which Heaven Can Wait will feel eternally modern.