To say that A.J. Croce ‘discovered’ his passion early in his life would be an understatement. The conditions of his birth seem inevitable, the path of a destined musician.

At age three, Adrian James Croce suffered from a brain tumor which caused blindness. Several years later, partial sight inexplicably returned in one of his eyes.

Living in a single parent household after a plane crash near Natchitoches, Louisianna in September 1973 claimed his father’s life (the legendary Jim Croce, known for hits such as “Bad, Bad Leroy Brown”), A.J. taught himself to play piano. At the age of six, he wrote songs and caressed piano keys eight to ten hours a day.

“I sat down and I played and I thought that Ray Charles was the easiest to learn,” said A.J. “As a little kid I’d play Ray Charles’ stuff and then the harder stuff, and the blues scale, and that did it for me. It didn’t take a lot to make it feel soulful and right. I didn’t know the names of the scale…F Major, F Diminished, and down the keyboard. It was a little bit at a time.

At 45, A.J. has already lived 15 years beyond his father. Sensing that he had a role to play in the drama and passion of music, he started gigging as a piano player in his teens. It came naturally to him; in the following years, A.J. would leap each new creative challenge with aplomb. His nine albums have been released by both major and independent labels, charting seventeen Top 20 singles across genres including Top 40, Americana, Independent, blues, and jazz. His most recent album, Just Like Medicine (Compass Records, 2017), is a fluid expression of sorrow and gratitude.

Indeed, A.J. gives us music with layers, angles, depths, and sparks of light. He tosses in some authentic-feeling strides while exuding his showmanship ability to lead not by caper or stunt but by the right timing, tone, and a workable tenor.

“Well, it’s been 30 years of touring and I started out as a teenager and playing the blues with Floyd Dixon at age 16 and the (South) Central Avenue Blues Scene (nightclubs of Los Angeles), and the garage bands doing ’60s stuff, and the jazz groups playing keys and not singing. I’d be playing in pubs in the summers from age 14 till age 16 for a few months and I’d play for tips and food at the pubs and then rent a little place. I dropped out [of school] in 12th grade and I wasn’t confident about signing a record deal, being a piano player or playing jazz and blues.”

“What I’ve taken away since then is that if I’m inspired, then the audience is inspired. I actually felt old in the process of promoting [ Just Like Medicine], giving songs away in the lead-up, giving half the record away to premiere a song, to Rolling Stone, to different magazines and networks. Everyone wants the exclusive, and then it goes to Spotify, and I recorded this record with that process in mind.”

In all his years of performing, he has had that one absorbing, inspiring idea, working towards it with unyielding zeal: to give, simply and starkly, the story of his life as he has lived it.

“I’m not a carbon copy of my father, and, honestly, I attempt far more challenging music than what he was playing, and I like to challenge myself continually. Every experience, you keep your ears open and your mind open.

“At age 18, B.B. King heard me and I went on the road, and ever since I’ve gotten along playing the music I’ve wanted, and I’ve had to work outside the box with it. With rootsy blues and jazz, it becomes a museum piece unless you push it forward and challenge it, and it’s not for everyone. Sometimes the label itself is not into it, but I’ve always been reaching for music that’s challenging and inspiring to me. I like the simplicity of rock ‘n’ roll, Little Richard, The Rolling Stones… and I’ve ended up in more categories than anyone else I know.” 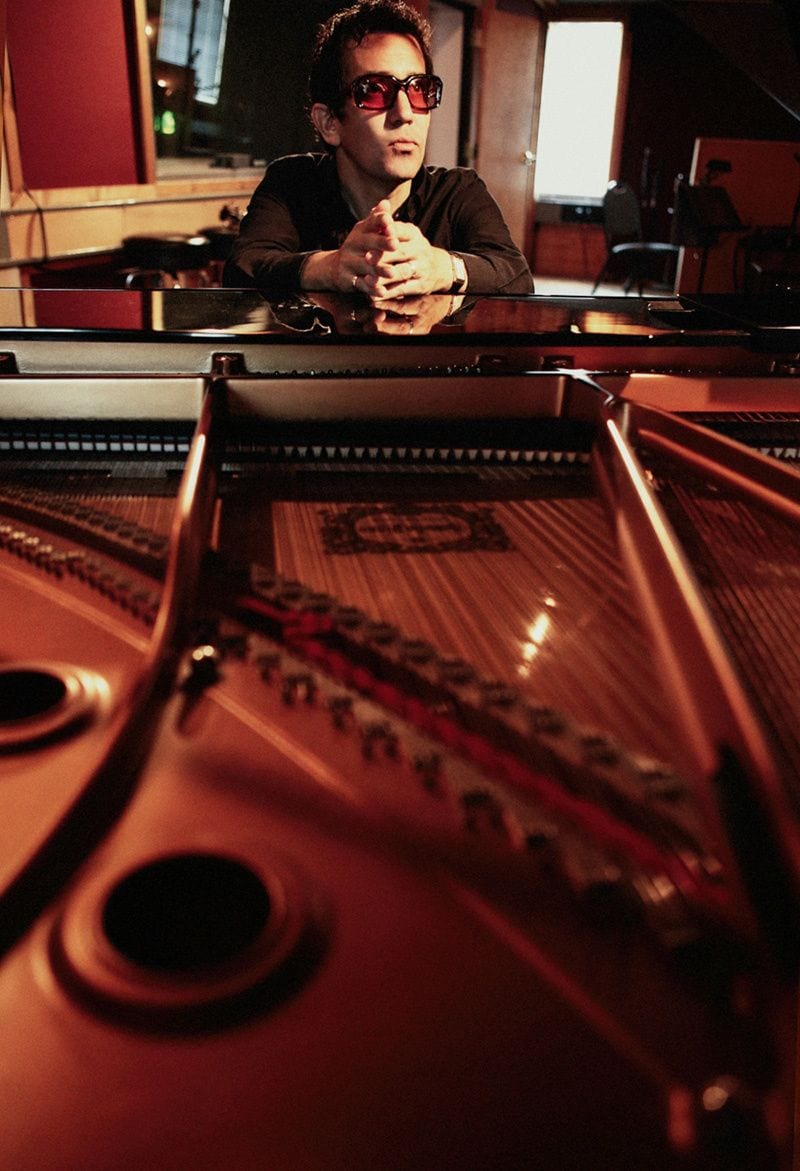 A.J. is a fan of Ray Charles and all of the vivid, interesting showmen and performers who influenced Charles, including jazz pianist Art Tatum and early ragtime and jazz pianist Jelly Roll Morton. He still feels a spiritual kinship to legendary influences such as composer and bandleader Duke Ellington, and he admires the singularly elastic vocal range and depth of the early blues performers.

“The voice is one of the least predictable parts of being a performer,” said Croce. “I stay conscious of not letting the spirit and emotion of singing take over, or over-singing, and yet there is a way to emote greatly and soulfully without doing that.

“I lost my voice during the third record in Memphis and there were stress nodules on the vocal cords, and I took medicine, though I was never allowed to take a break from touring. I did take a break [later] for several years, and I think that I have broader range now than I’ve ever had before and I can cover far more ground now.

“The other part – the songwriting – I love the elements of those little pieces and how they can tell a story; anything complicated gets lost and it’s critical that however creatively you choose to tell it, tell it briefly, and to the point.”

The artist in A.J. will do anything he can in order to further his creative visions, his dreams of spreading his love of the music. His patience never runs out. Each new recording sets a new cycle in motion.

“I didn’t have to be following in my dad’s footsteps,” said Croce. “My dad’s career lasted 18 months and I’ve had 30 years, and I saw the footsteps, and I’m taking another path away from where his footsteps stopped, and there are one less set of footsteps. [Perhaps alluding to ” Footprints in the Sand“] I didn’t allow questions about my dad for the first 15 years and I despise the headlines of ‘following in the footsteps’. Maybe after the first album it made sense [to write that].” 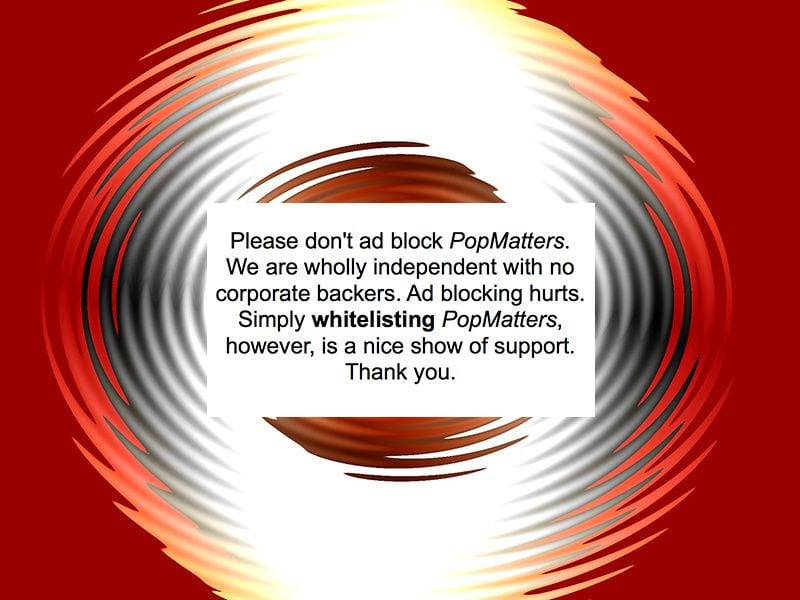 A.J. could have easily emulated the approach of his father or stuck to the plethora of other manners and styles which have found influence with him, but that ease is something he is only willing to do a few times a year with his concert, Croce: Two Generations of American Music. It’s a nigh-sacred, hereditary exchange which easily transfixes music lovers spanning generations. ‘Dad’s’ songs have themselves aged pretty well, and A.J., though ceaselessly striving toward the future, has artfully revised how we view this past.

“I’ll play the piano and the guitar and the [multi-generational] show really gives people a sense of nostalgia. I’ll have 25 years of my own recorded music to draw from, and I can draw from the 100 years of music that have influenced both my father and I. The songs are a fluid part of the show and unique, but the one consistency is my father’s material.

“I’m not trying to sound alike or to be a carbon copy. There is an energy and unity to the shows. I try to include a number of styles in the piano numbers, so you can come as a fan of my dad, and leave as a fan of two generations. It’s the blending of the generations of my own and my father’s, and what connects us.”

A.J. finds the possibilities in his future exciting. He’s got a name he carries with him he carries it proudly. But he’s earned his musical identity. Today we get to hear him at the height of his powers.