“In my point of view I don’t think of myself as famous or a celebrity,” says Kaylyn Slevin, sitting cross-legged on her bed, dressed for Southern California summer weather, with a flip of her long, starkly blonde hair. She may not consider herself famous, but she is “Instafamous”, as one of the many signs in her room announces. For millions of users, Instagram is a social media site to share photographs and images of everyday life, but for others, as Kaylyn says, “it’s kind of like a business.”

The 2018 documentary film, Social Animals, focuses on Kaylyn Slevin, Humza Deas, and Emma Crockett, three teenagers from very different circumstances who became Instagram influencers. As their stories are told through interview footage, each of the three were surprised to discover themselves as popular Instagrammers whose followers far exceeded the people they know IRL (“in real life”).

A common critique of social media, especially with regard to teenagers, is that engagement is driven by meaningless, empty “likes” and follows. Yet research shows the impact of social media far exceeds a simple press of a button. In her book It’s Complicated: The Social Lives of Networked Teens (Yale University Press, 2014), danah boyd builds a powerful argument demonstrating that social practices in teens’ everyday experiences are carried over to social media sites. Rather than serving as a separate world into which teens escape, social media is an extension of their IRL social lives. This is especially true in instances where teens lack opportunities to spend time socializing with others, whether because they are committed to too many activities, have prohibitions from parents, or are simply unable to find places outside of school that are convenient, safe, and welcoming.

Because Instagram is one of the places where teens can come together and socialize, the conversations that take place, and the “likes” that accumulate, are valid signs of social acceptance. Interspersed among the three primary stories in Social Animals are incidental clips of various young people interviewed in a style reminiscent of the reality TV confessional. In their discussion of acquiring likes for her Instagram posts, one woman establishes the standard that many online teens live by: if she doesn’t have 18 likes on a photo, it’s embarrassing. Another admits to buying likes. What makes Instagram likes different from reckoning with popularity in high school is that on Instagram, social approval is not only numerically measurable, it’s also completely visible.

Social Animals director Jonathan Ignatius Green says that high school is “that stage of life when you’re really figuring out who the hell you are and it gets messy. These teens are going through that development with technology embedded into the journey. Instagram, and its close social media cousins, are so impactful because they access two innate facets of our nature. We are social animals, and we are visual animals. And now we are both of those things digitally.”

In the aftermath of the college admissions scandal involving Instagram influencer Olive Jade Giannulli, Emily Dreyfuss and Emma Grey Ellis published an article in Wired on college influencers (“Colleges Need Influencers, but to Influencers Need College? 13 March 2019). Their findings includ a report that the fourth most popular career aspiration for Gen Z (born between 1997 and 2012, according to Pew Research) is to become a social media celebrity. Those who dismiss Instagram, Twitter, and Facebook as “just social media” will find themselves out of step culturally and economically with the media industry and its tremendous influence. Kaylyn Slevin is certainly aware of the power of Instagram. Her father Bill was a millionaire before he turned 20, and Kaylyn emulates his entrepreneurial spirit. Bits of a sit-down interview with Bill complement Kaylyn’s story, and it’s clear that he champions her efforts at self-promotion. He says that she’s already a brand, and with 500,000 followers on Instagram, “she’s an emerging market.” 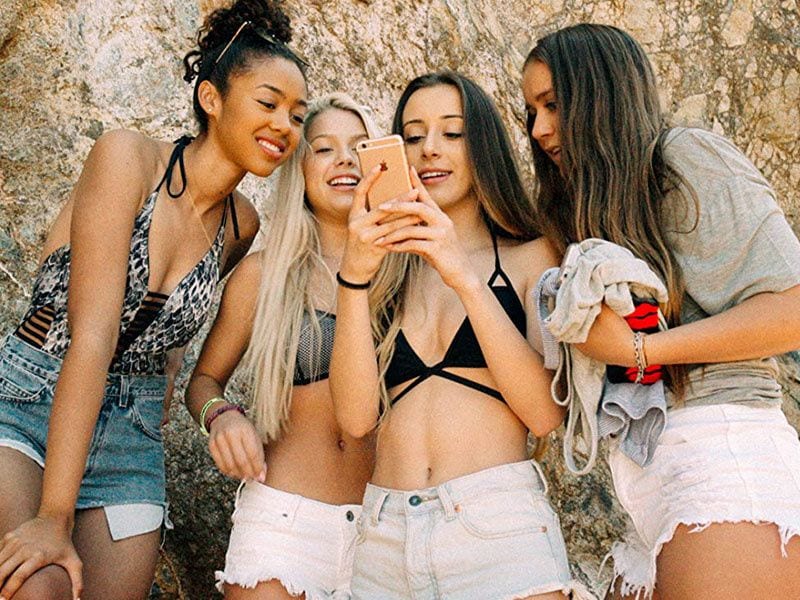 While Kaylyn is very deliberate about growing her number of followers and offering them images that reflect her aspirations to be a model, the prototypical girl-next-door Emma Crockett has a different perspective. Like Kaylyn, Emma says, “It’s like a job,” but her attitude shifts when she adds, “I don’t really like it but I keep doing it.” The rules of the job, she says, are highly specific: there are particular times of day when you should publish a post to Instagram in order to get more likes. You can’t post twice in one day. You can’t post two selfies back to back. Another difference between Kaylyn and Emma is the latter’s discomfort with attention from men: “I’ve had like six guys DM me, literally just with these words: ‘booty pics’, and then a question mark. And I don’t even know the guys. I block them immediately. It scares me. And I’m like, what is wrong with people?”

The questions resonates deeply for Emma as her story unfolds. When a classmate accused Emma of cheating on her boyfriend, the incident blew up and she received dozens of threatening text messages. She believes that technology shielded her accusers, who would not consider saying in person the things they said via social media and text message. Emma’s mother and sister are both interviewed about the bullying by Emma’s classmates — they are horrified by the callousness of the other teenagers.

The absence of voiceover narration is a strength of Social Animals: the Instagrammers, their friends, and their family members tell the stories themselves. There are no frames that interpret or judge, but of course the selection of images and clips is a structuring of the narrative that the filmmakers want to convey. 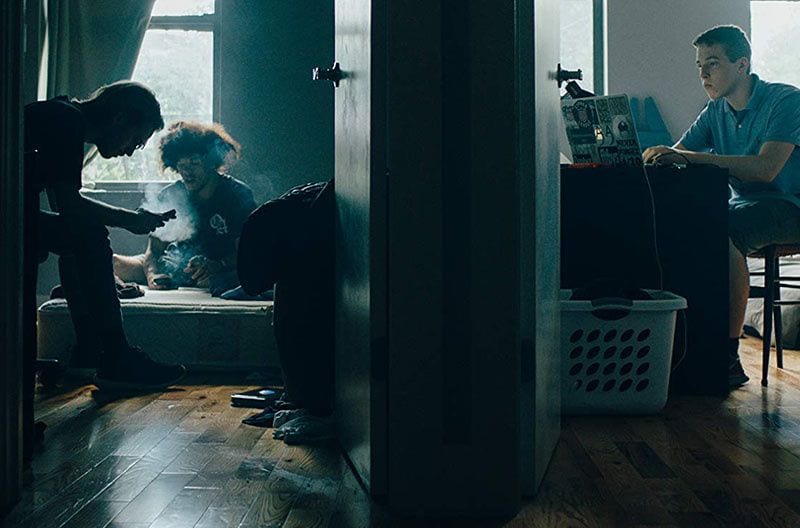 Like Emma, who gains support from her sister, Humza Deas is encouraged by his musician brother, who raps about him in Social Animals. Humza is an urban explorer and photographer who built his Instagram following with photographs he shoots when climbing buildings and bridges around New York City. This is not only physically dangerous: Humza recognizes that getting the perfect shot often includes trespassing, which is against the law. “My grandma doesn’t know what Instagram is, thankfully. She’d probably say, ‘Who do you think you are, climbing these buildings and standing on edge?'” Of his photography, Humza adds, “This is the only way I can showcase New York differently, that most people would not dare to do. That’s a boundary I’m willing to cross.” His willingness to cross that boundary is not about growing his following on Instagram but about pursuing his passion for photography.

Humza’s story became complicated when an American flag flying over the Brooklyn Bridge was replaced with a white flag: because of his growing recognition, he was suspected of the crime. In a media interview, Humza mentioned the subculture of bridge climbers, one of whom was likely responsible. He outed the subculture and received death threats as a result: people threatened to break his head or to push him off a building. Curiously, later Humza was approached by a writer from New York magazine. A shot of his feet, overlooking the city from a great height, was the cover photo for the magazine. That story flipped his story, and it went viral. One story yields another and another. Over the course of a month, he ended up with 75,000 followers.

With Humza’s photography as a visual centerpiece for the documentary, Social Animals presents these stories through lush cinematography, whether Emma’s rural life, Kaylyn’s wealth, or Humza’s urban adventures. Each of the stories are about teens on Instagram, and they are also stories about people coming of age in a technology-inflected social world. To say young people’s identities are tied up in social media would be a failure to recognize that the digital is now intrinsically part of the real. Instagram is a place where Kaylyn, Emma, and Humza are who they are, expressing themselves. “We are the co-creators of the digital era,” Humza says.