It was the snap heard ’round the Universe… the Marvel Cinematic Universe, that is. Ever since the Mad Titan Thanos vaporized half of all life with the snap of his fingers in 2018’s Avengers: Infinity War, audiences have been waiting for Avengers: Endgame to (re)balance the cosmic scales. It was always a risky proposition facing directors Anthony and Joe Russo, who were tasked with resolving a ten-year, 20-film story arc involving literally dozens of iconic superheroes. Thankfully, the Russo Brothers have succeeded beyond all expectation, delivering a spectacularly satisfying conclusion on nearly every emotional and cinematic level.

When last we left our heroes…

Half of them had just suffered a spontaneous cremation. The original Avengers, including Iron Man (Robert Downey Jr.), Captain America (Chris Evans), Thor (Chris Hemsworth), Hulk (Mark Ruffalo), and Black Widow (Scarlett Johansson), were still alive but scattered around the galaxy. For the first time in their illustrious crime-fighting run, they had tasted defeat at the hands of Thanos (Josh Brolin). It was also a new experience for audiences, who faced the villain’s unprecedented victory with varying degrees of shock, anger, and delight.

Like all of the best entries from the Marvel Cinematic Universe, Avengers: Endgame is most concerned about the humanity churning within the super-humans. How each member of the Avengers adapts (or fails to adapt) to Thanos’s fateful finger snap forms the emotional foundation for every superhero exploit to follow.

Steve Rogers, for example, sets aside his Captain America shield to counsel ordinary citizens about moving on with their lives, despite his complete inability to accept failure and let go of the past. Tony Stark retires his Iron Man suit in favor of domestic tranquility with Pepper Potts (Gwyneth Paltrow) and their adorable new daughter. The resolutions drawn by Thor and the Hulk’s nerdy alter ego Bruce Banner, meanwhile, shall remain unspoiled by this review; though it’s safe to say they provide the film’s most inspired comedic asides. 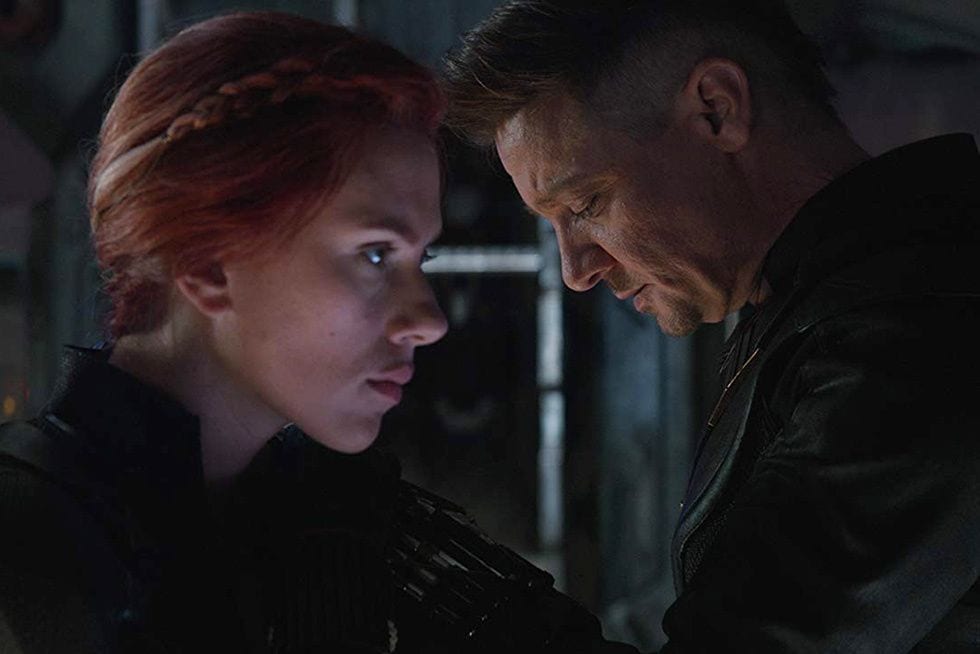 Each damaged hero either lost everything or found something new to lose after Avengers: Infinity War. When an opportunity arises, then, to possibly un-make the desolate future created by Thanos’s victory, not every member of Team Avengers is rushing to join the fight. It’s a nifty emotional wrinkle that adds even more layers to a story already thick with the history and subtext of 20 previous films.

The minute Avengers: Infinity War ended, conjecture began about how Thanos’s victory might be reversed. Every aspiring screenwriter and comic book fanboy offered a theory; from the Infinity Stones becoming sentient and destroying themselves to Thanos undergoing a transformation and reversing his own handiwork. Most of the theories, however, revolved around time travel, which is precisely the direction MCU mastermind Kevin Feige, along with screenwriters Christopher Markus and Stephen McFeely, have taken their story.

Perhaps the best philosophy ever devised on time travel comes from Rian Johnson’s whipsmart 2012 sci-fi thriller, Looper. When Old Joe (Bruce Willis) and his younger self (Joseph Gordon-Levitt) come face-to-face in a diner, Old Joe quickly derails all talk about time travel conundrums. “I don’t want to talk about time travel,” Old Joe explains, “because if we start talking about it then we’re going to be here all day talking about it, making diagrams with straws.” 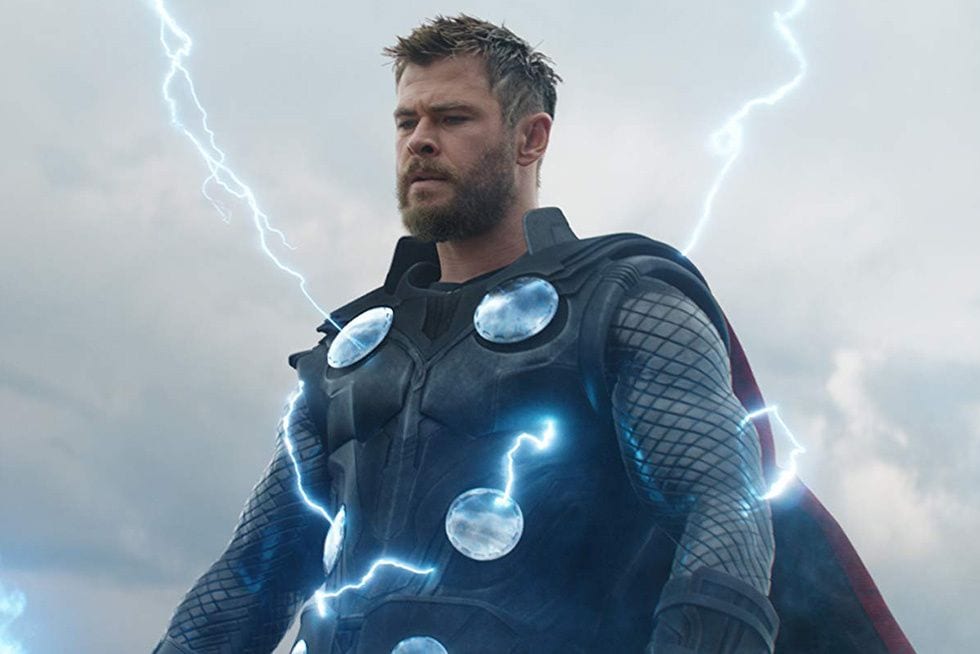 That’s good advice for anyone looking to dissect the nuances of time traveling in the Quantum Realm posited by Avengers: Endgame. It only makes sense in a half-drunken, late night dormitory brainstorming session kind of way. That it makes little sense is of no consequence, as it’s merely a screenwriting device to allow the past, present, and future to co-mingle in all sorts of ingenious ways.

Characters must confront the ghosts of their past while remembering the billions of people they’re trying to save in the future. Sometimes the results are heartbreaking. After all, how do you face a loved one on the day they are destined to die? Other times, there’s an almost slapstick quality to the action, as characters scramble to avoid confronting their past selves. There are also unexpected twists that provide endless complications. It’s a tour de force in screenwriting that remains fresh, inventive, and fun throughout a gargantuan three-hour running time.

Perhaps there are a few too many time traveling shenanigans for audiences eagerly awaiting fisticuffs with Thanos. Indeed, the first two hours of Avengers: Endgame are consumed by what Ant-Man (Paul Rudd) hilariously terms an elaborate “Time Heist”. This leaves little time for gigantic monster battles until the mother of all gigantic monster battles arrives in the final act. 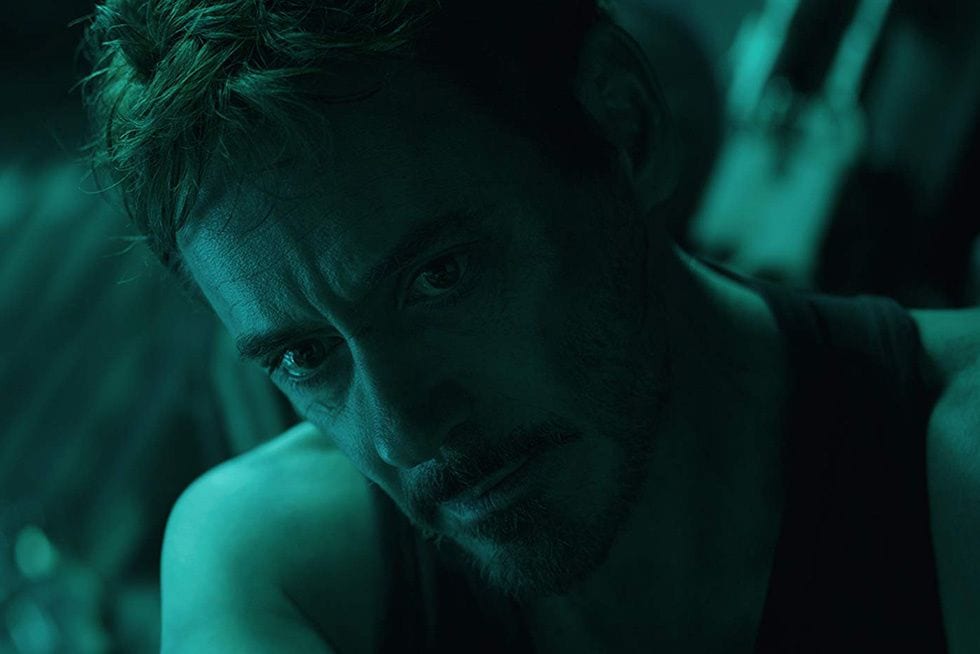 It all culminates in a satisfying closure. Whether doomed to death or destined for happiness, each beloved character is given a respectful sendoff by the filmmakers. Some may squawk about excessive fan service, and there are undeniable similarities to the multiple finalé s plaguing the end of Peter Jackson’s 2003 fantasy opus, The Lord of the Rings: The Return of the King, but nothing feels gratuitous here. Each tear is earned and all applause is justified. Even the end credits are bereft of teaser stings for future movies out of respect for these characters; this is no time to ponder future adventures.

And yet, the Marvel Cinematic Universe will go on. There are Spider-Man (Tom Holland), Doctor Strange (Benedict Cumberbatch), Black Panther (Chadwick Boseman), and Captain Marvel (Brie Larson) films already in development. Those characters certainly play a role in Avengers: Endgame, but this is mainly a loving and fitting farewell to the Avengers cast that defined the franchise. Big budget action filmmaking doesn’t get much better than this.