There are three stories fighting for the heart of director Joel Edgerton’s new coming-of-age drama, Boy Erased. The first concerns a young man’s initial steps to understand his homosexual yearnings. The second focuses on the horrendous response of his ultra-religious parents. Finally, there’s the redemptive journey of the parents, who must reconcile their paternal love with their moral disgust. Each of these stories boasts a few powerful moments, but they never coalesce into the emotionally satisfying, hopeful message that Edgerton envisioned.

Instead, Boy Erased feels like a collection of scenes arranged haphazardly from a script (adapted by Edgerton from the autobiographical memoir by Garrard Conley, Boy Erased: A Memoir) that has no clear stance on the issues at its core. All of these characters mean well, from the dictatorial leader of a conversion therapy camp to the unyielding father who uses the Bible like a parenting instruction manual. In fact, this isn’t even a story about sexual identity or conversion therapy. Rather, this is a story about beliefs. More specifically, Edgerton wants to find the point at which our beliefs are finally overcome by the pain that they cause.

Each character is twisted into knots by their adherence to an uncompromising Fundamentalist dogma. The boy, Jared (Lucas Hedges), openly wishes that his homosexual urges would go away. He tries his best with a High School girlfriend, but even her hand on his thigh makes him recoil. His first dalliance with a boy in college ends with a sexual assault, but his parents, Nancy (Nicole Kidman) and Marshall (Russell Crowe), refuse to hear the details. To them, Jared is an abomination; an affront to the Creator who intended their son to be a strong, heterosexual man.

The most heartbreaking aspect of Boy Erased is that Jared is such a good kid. Any parent would be lucky to have a child so loving and respectful. He’s proud of his father, a Baptist preacher who operates a successful car dealership in their tiny Arkansas town. His mother is his inspiration, and he worries that his sexual confusion will cause her pain. After he’s shipped off to the Christian-based Refuge Program to “cure” his homosexuality, he’s subjected to a daily barrage of gay shaming and self-loathing by the camp’s lead therapist, Victor Sykes (Joel Edgerton). It’s not surprising that Jared comes to identify closely with Job, the Biblical character who endured unimaginable hardship yet still remained dedicated to serving God.

The problem is that Edgerton (The Gift, 2015) loses sight of the film’s most compelling storyline, Jared’s need to reconcile his devotion to God with the growing realization that he’s gay. This thematic failing is obvious when compared to a similar film about teenagers enduring sexual re-programming, the vastly superior The Miseducation of Cameron Post (2018). Perhaps it’s unfair to compare these films, one a small independent production and the other an awards magnet filled with big-name stars, but their subject matter links them in profound and inescapable ways.

In The Miseducation of Cameron Post, director Desiree Akhavan keeps her heroine isolated and vulnerable at a conversion therapy camp. There, she’s forced to confront and embrace the truth about her sexual identity. The story feels contained, accumulating tension until the heroine and her campmates exert their free will in dramatic, sometimes tragic ways. 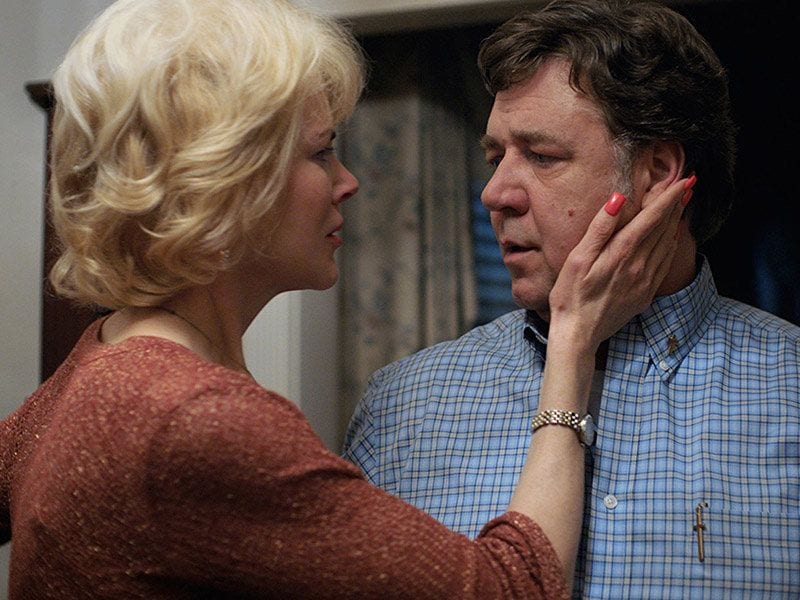 Edgerton, instead, employs a cluttered flashback structure to intertwine the threads of Jared’s sexual awakening with his stay in the Refuge Program. We bounce between Jared completing a demoralizing list of his sins (what Sykes calls a “Moral Inventory”) and the treasured memory of an evening spent with a worldly young artist named Xavier (Théodore Pellerin). What should be a formative moment in Jared’s emotional progression becomes little more than a glorified backstory. Add to this Edgerton’s insistence upon including the hurried redemption of Jared’s parents and you’re left with a mishmash of scenes that cheat Jared (and the audience) of his moment of empowerment. Instead, he has to call his mommy to come and get him at the moment of truth.

It’s a seismic difference in perspective that undermines the tragedy of gay conversion therapy, and a clear indication that Edgerton is not the best filmmaker to tackle this material. Akhavan, an openly gay female filmmaker, is equipped to deal with the complexities and nuances of the “fake it ’till you make it” mentality that society often demands of gay teenagers.

Edgerton, the manly embodiment of heterosexual Hollywood, is versed in the cinematic flourishes that make Boy Erased more palatable, but the result is far less impactful. That means Jared spends lots of time staring thoughtfully into the distance as an indie-radio warbler overwhelms the soundtrack. Kidman and Crowe are each given an obvious ‘Oscar moment’ to dazzle us. All of the intimate male-to-male contact takes place in the dark, and Jared’s meaningful character development occurs off screen (denoted by a FOUR YEARS LATER title card). It’s like having the agony of sexual identity repression reduced down to an easy-to-swallow tablet. 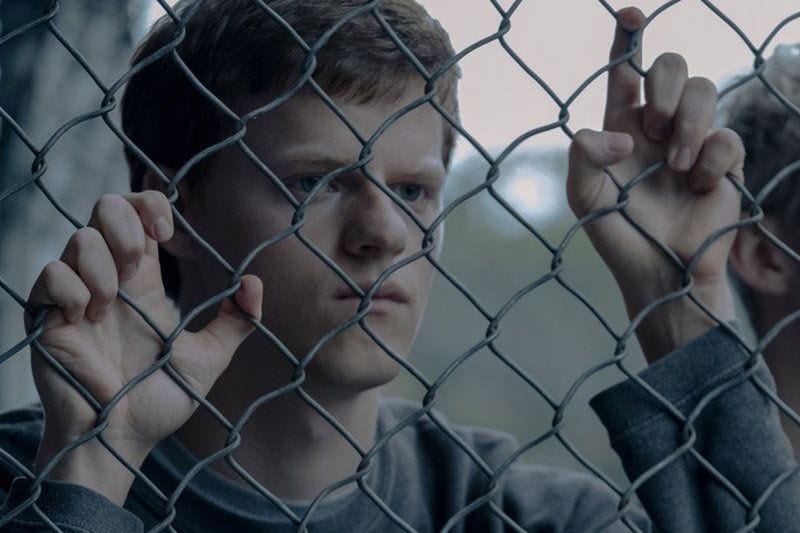 The film’s few bright spots come courtesy of the performances, most notably Kidman’s. Nancy leads the sort of suffocating existence that ensnares so many women. She has ceded authority to the men in her life for so long that she only vaguely recalls her own personal power. One imagines that Nancy spends a lot of time alone in her bathroom, mourning the life she abandoned in favor of domestic security. Kidman wordlessly captures Nancy’s unbearable repression, sulking in the background with tightened shoulders and a forced smile. In many ways, it is Nancy who undergoes the most compelling transformation, which would be wonderful if this was actually her story.

To open your mind and truly listen is an invitation to change. Boy Erased aims to explore the pain that precedes the change, but the filmmakers keep tripping over their good intentions. Though based on an inspirational true story, Edgerton’s Boy Erased is too cluttered and unfocused to deliver either new insight or a good cry. Perhaps it will serve as a primer for people unfamiliar with the evils of gay conversion therapy, but it’s unlikely to change the minds of parents who would consider such an option.