If astronomers could peer deeper into their startling black hole photographs, they might find Claire Denis’s High Life screening there. The veteran French filmmaker’s English language debut is grim, challenging stuff. High Life has the barest of sci-fi bones. There’s a dilapidated spaceship (like Nostromo from Ridley Scott’s 1979 Alien, only boxier and more claustrophobic), a crew of radiation-poisoned astronauts searching (ironically) for a black hole, and a mad scientist performing medical experiments. Even the high concept premise of a father and daughter struggling to survive in deep space is just a façade for something far more nebulous; the beauty, ugliness, and tantalizing futility of existence.

Denis supplies only the thinnest of tethers on this existential nightmare masquerading as a space movie. Monte (Robert Pattinson continues his string of winning indie roles) repairs the outside of his spaceship while the cooing gibberish of a toddler rattles inside of his helmet. The coos belong to his daughter Willow, the ship (romantically dubbed ‘7’) is on a one-way ticket to destruction, and Monte, as we eventually learn, is a murderer.

They are adrift. The crew’s whereabouts, the ship’s mission, and Monte’s motivations are at first mysterious. His lifeblood is steeped in routine. He prepares gelatinous space porridge for Willow, tends the fledgling strawberries growing in the greenhouse, and makes daily reports to an ancient onboard computer that looks incapable of playing Atari Pong, let alone operating a spaceship. Each report ends with the computer graciously granting “prolongation of life support for 24 hours.” 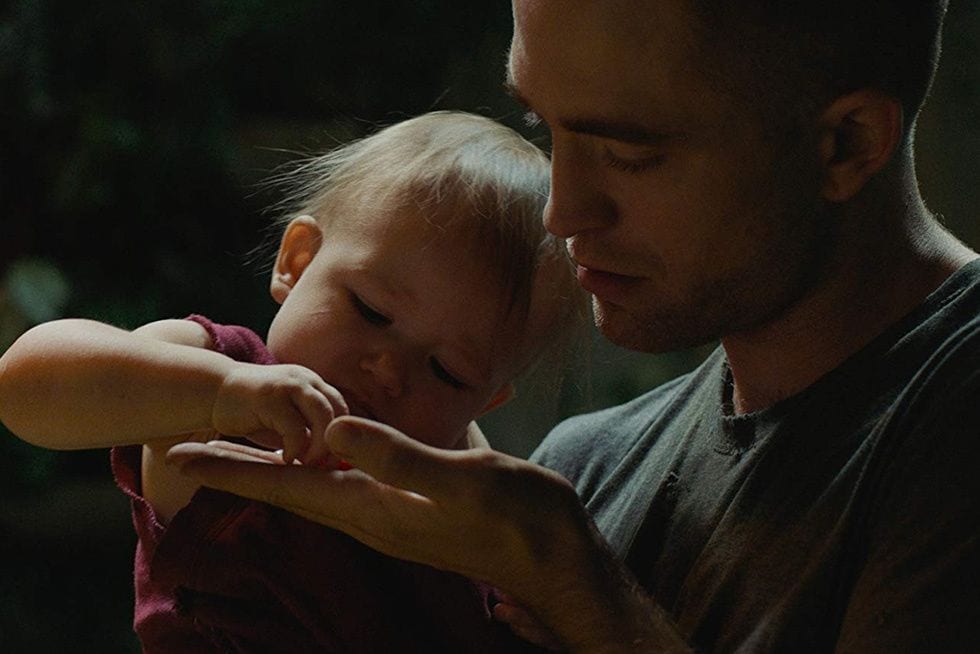 As if the past were scrambled by the crushing vortex of space-time outside the ship, Denis (35 Shots of Rum, 2008, Let the Sunshine In, 2017) parses out clues to a puzzle that never quite fits together. Flashbacks reveal that Monte and Willow are the last survivors of a prison ship; its inmates lured aboard with false hopes of parole in exchange for harnessing the energy from a nearby black hole. What little we learn of the inmates is archetypal. Nansen (Agata Buzek) is the pilot, Chandra (Lars Eidinger) is the psychopath, Tcherny (André Benjamin) is the philosopher, and Boyse (Mia Goth) is the mother. Each is there to occupy a niche in Monte’s life, even if he can’t fully appreciate their significance.

More central is the deliciously weird Juliette Binoche as Dr. Dibs. Finding a black hole may be the mission objective, but Dr. Dibs is obsessed only with creating life. She trades drugs for the inmate’s semen and then inseminates the female prisoners using a glorified turkey baster. Perhaps she’s trying to balance the cosmic scales for murdering her children back on Earth, or maybe she just gets off on control. Occasionally the so-called ‘Shaman of Sperm’ adjourns to The Box, a psychedelic virtual-reality chamber designed to indulge every orgiastic desire. Binoche surrenders herself completely to the role, writhing naked on the unspeakably vulgar machine until it literally oozes bodily fluids when the deed is done. Yes, this is a disturbing journey we’ve undertaken, dear traveler.

Dialogue is at a premium here, as Denis prefers lingering visuals or sharp, sudden bursts of emotional violence. You can almost feel the cold tiles on your feet as Monte silently shuffles through the sparse corridors. Overhead, a light flickers ominously as if the power is about to shut down; one imagines the smell of rotten meat wafting from down the corridors. It’s that kind of place. Where bodies accumulate in darkened rooms until Monte unceremoniously hurls them into the void of space. 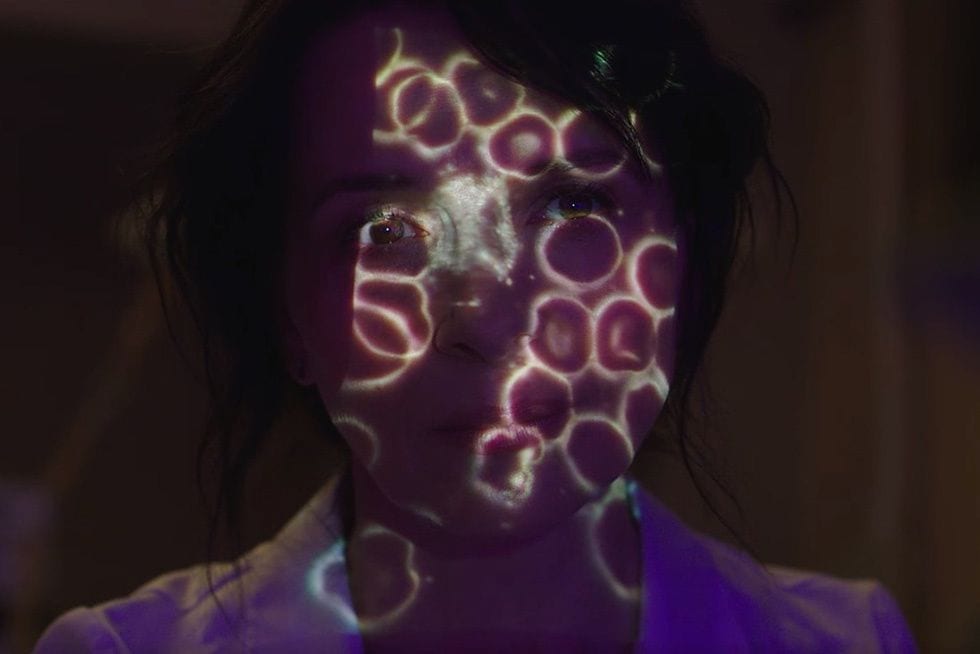 Don’t expect Industrial Light & Magic to come crashing through the capsule accompanied by Hans Zimmer’s thunderous score. Our only glimpse of cosmic spectacle comes through the window, and our only break from the silence of space is Stuart A. Staples‘s thrumming, atmospheric soundtrack. The idea of a black hole is captured through grimy, smeared light and scattered particles. And the Event Horizon… glowing hot and yellow… the point of no return. This is where everything begins and ends. What comes between the beginning and the ending is a hopeless collage of birth, sorrow, joy, death, and subjugation.

Like the black hole, you can journey as deeply into Denis’s psychological treatise on humanity as you wish. She explores every facet of imprisonment through symbol and metaphor; her true artistic mediums. We are prisoners to biology, social systems, mortality, and ultimately, this spinning chunk of earth hurtling through the cosmos.

Yet there’s also a comforting simplicity to High Life. Monte and Willow spend ample time doing the things that adults and children do. They play and chatter, or share the type of peaceful slumber that nothing in the world (or outer space) can disturb. Monte lovingly repairs Willow’s precious cloth doll, which she is free to ignore or abuse at her leisure. These moments, profound and unspoken, are a fundamental celebration of our connectivity. There may be a black hole waiting at the end of this journey, but the connections formed along the way are what sustain us in the meantime.

High Life is dark and unforgiving cinema. Perhaps it’s more accurate to say one survives it rather than watches it, but there’s no denying its immersive power. Denis holds you enthralled with the promise of answers. There aren’t any to be found, of course, which is entirely the point. Fearless travelers will find much to appreciate in the endless ambiguities of High Life.